This year for Halloween I helped put on a Trunks, Trailers and Treats event down at our little club campground. This is the first time we've done this out here so it was a bit of a learning experience, but we ended up with a great turn out!

We met up earlier in the week to stuff some gloves with toys and candy for the kids. 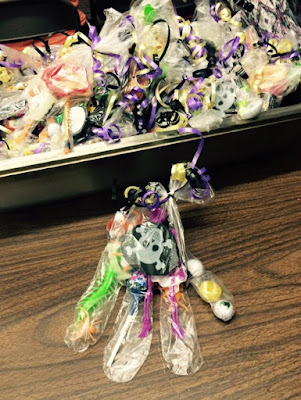 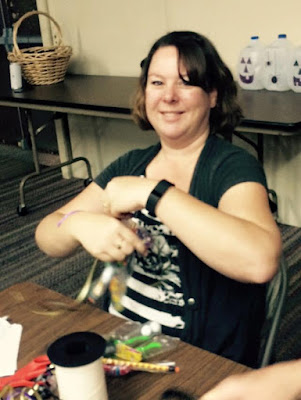 We started off with some donated latex gloves but they were too small and the kitchen had these simple ones that worked much better.

It's a tradition to have a parade here and there is always someone leading it. My parade pictures are really crappy because my phone hates flash pictures. Next time I will take my "real" camera for night pictures. 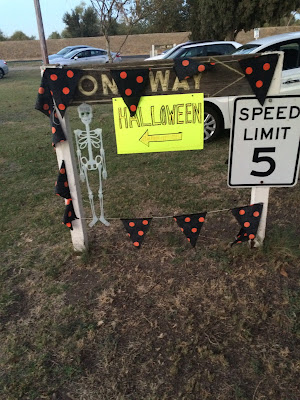 Blocking off the street into the campground to start the parade 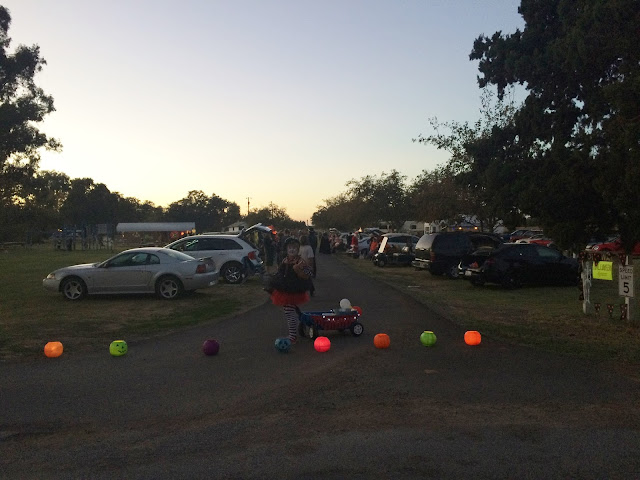 Love this picture even though it's blurry. My friend Traci starting the parade with the little ones. We did the parade by age groups. Originally we were going to do prizes but decided to just hand them the goody bags instead. Probably would be better to just have one long parade next year. My friend's husband Tom got voluntold and he made this great light up wand. 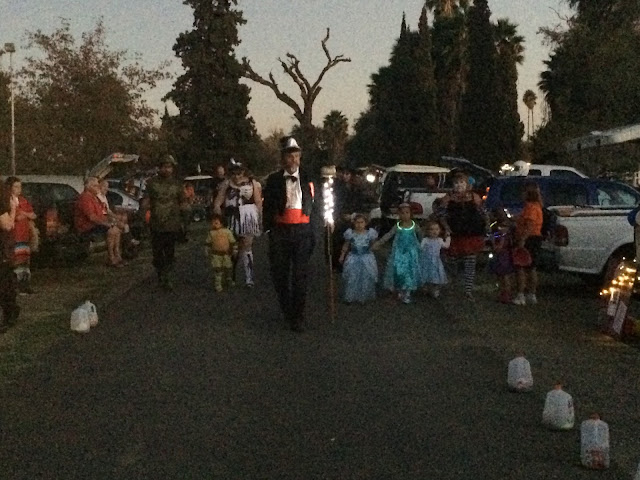 This is the back of my car. I took our pumpkins down there with battery lights in them. 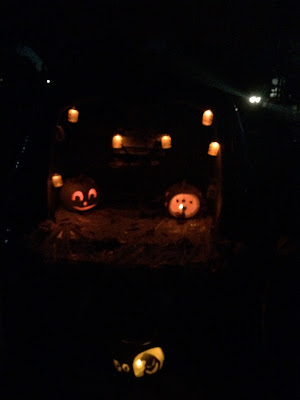 and here are some pictures in the daylight before it got dark. 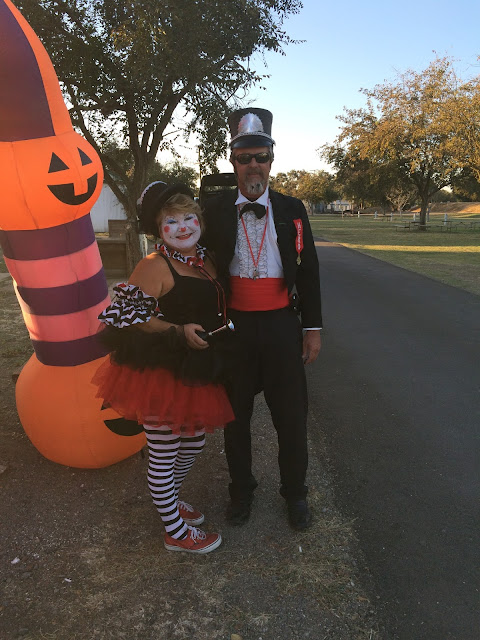 Traci pulled this wagon around with popcorn in it lol. She's so cute. 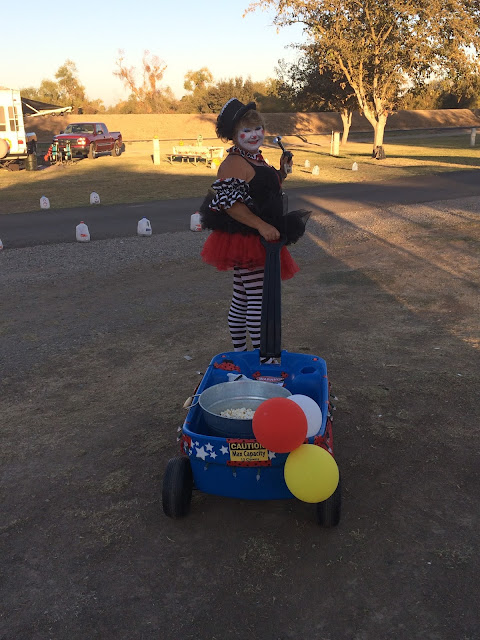 They did some crafts here, I was supposed to help but I bailed. I never do that! 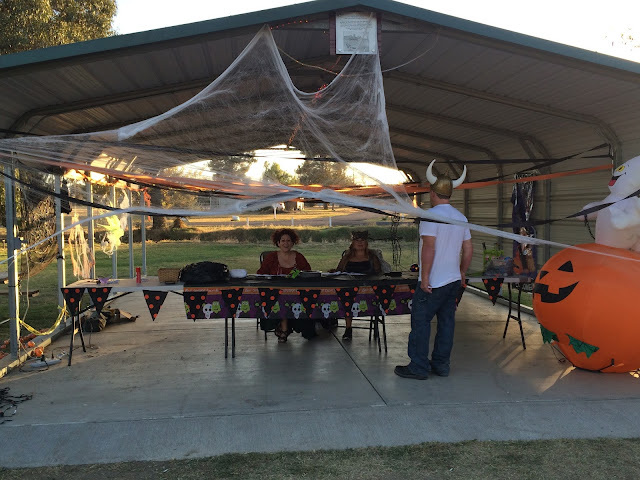 A good picture of my costume, it was a fun one! 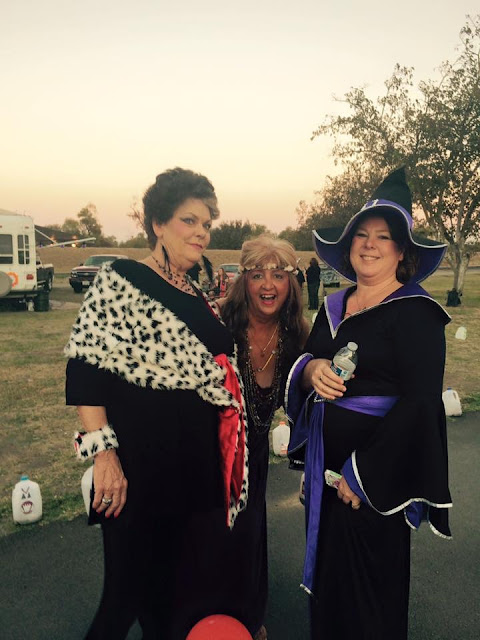 Scott with our car 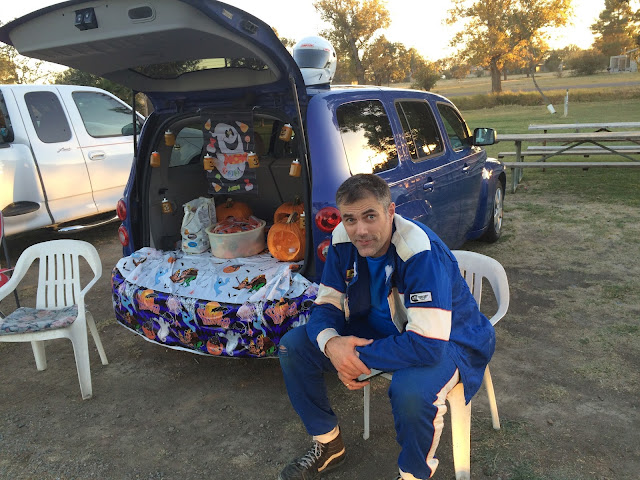 I wish this was a bit clearer, I love it! The "spooky tree" 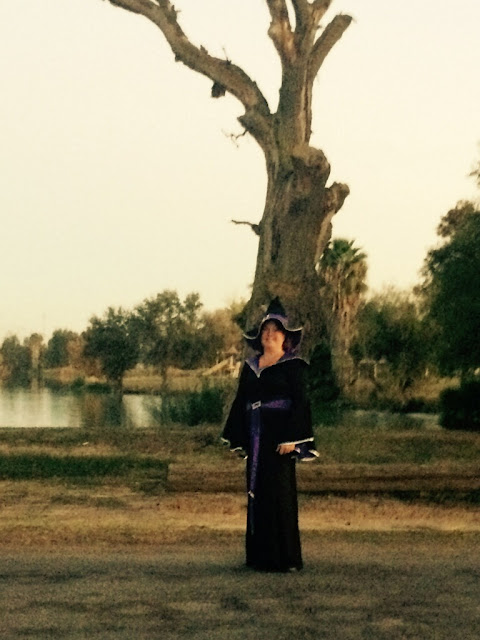 This is actually my friend Ginny, she made the robe out of a thrift store blanket! 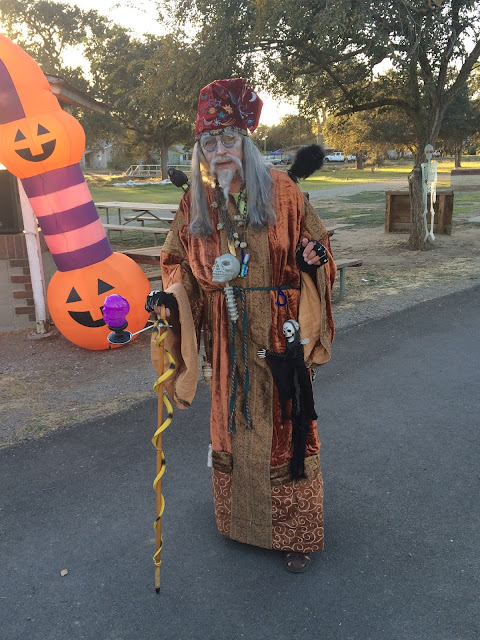 I made about 60 little baggies of candy and we ran out at the end. Next year I guess I'll make more! It was so fun to hand out candy to the kids because we live out on the edges of the club and usually only get like 2 trick or treaters. I usually only buy one bag of candy "just in case". This was way more fun! 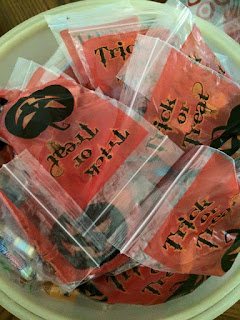 You look neat in your costume... it's very flattering...