A few weeks back Scott and I got invited (on Father's day) to go to the A's game with some friends. Our friend Dave has season tickets and one of the perks to that is being able to get a deal on some boxed seats. For $20 each we got to get in on the fun!

Scott and I took BART to the game and met up with the group who were tailgating in the parking lot. We had a few beers and then went in to watch the game in the "fancy seats". Scott sat himself right in the middle where the window was open and spent the next few hours yelling at the team. I was slightly mortified at how he was acting but I think he had fun. 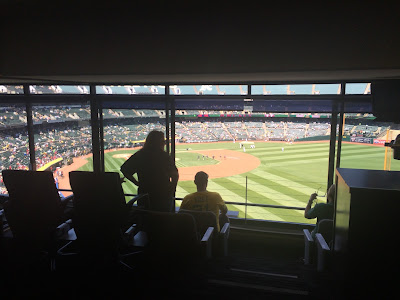 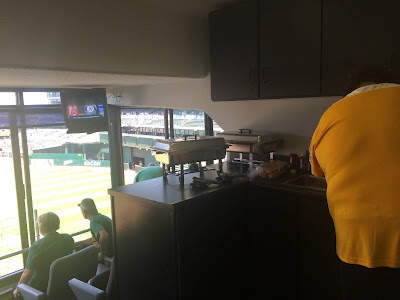 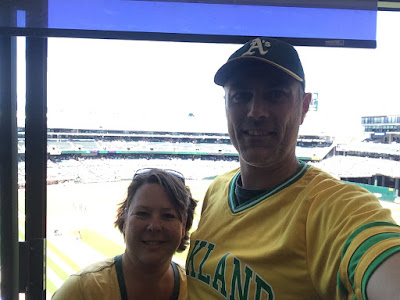 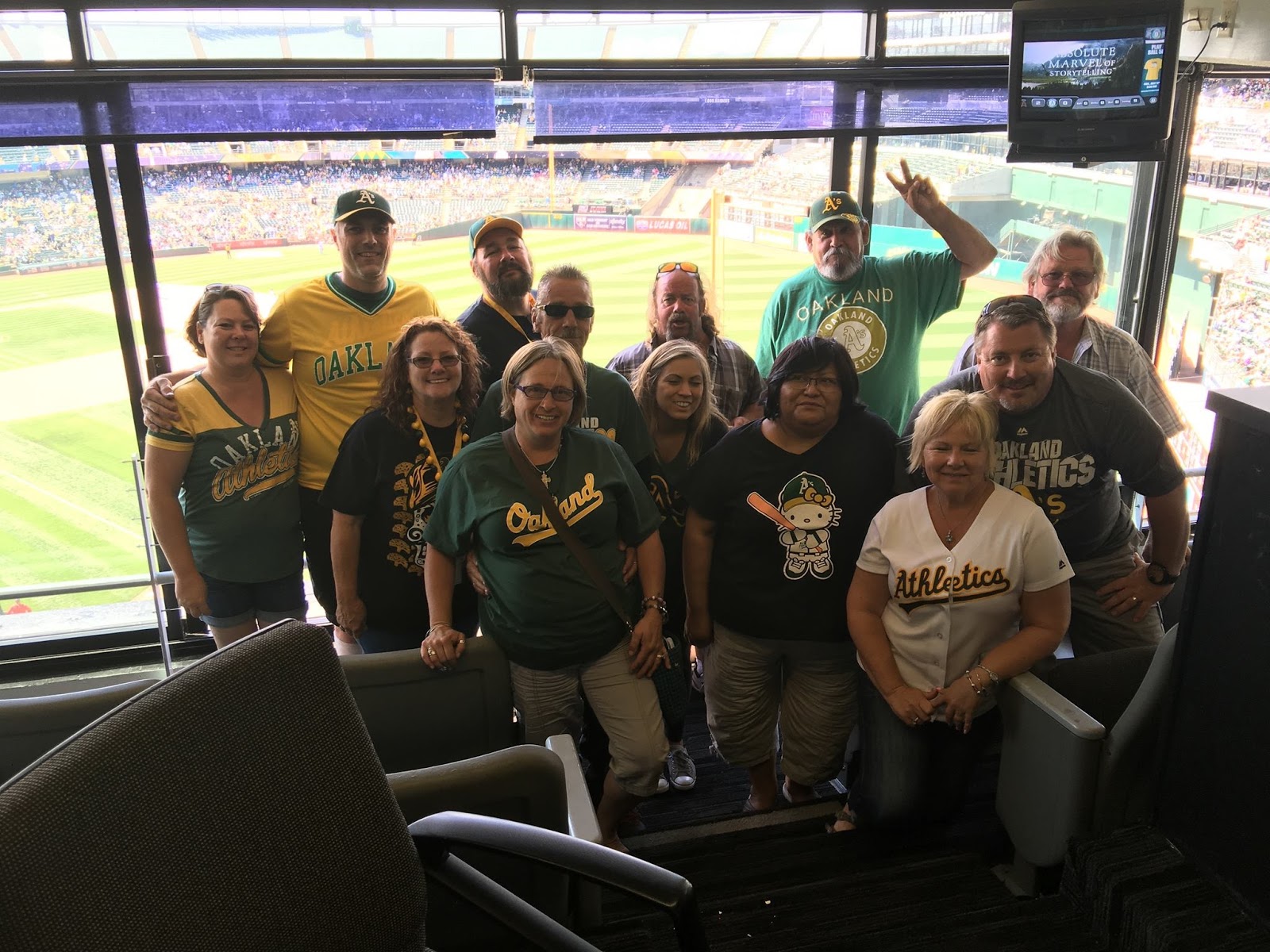 The A's ended up losing so he wasn't much of a happy camper. We ended up staying a bit after the game chatting and finishing up the "snacks" aka beer before we left (don't worry we took the train). When we did finally leave it took us quite awhile to figure out how to get out of the stadium because the gates we usually go out of were closed up for the Warrior's big playoff game. That was a sight to see! All the fans coming off of BART and walking towards the Warrior's stadium.

A few weeks later Scott's friend wasn't able to go to a game they were going to go to together. He asked me to join him so I did. I was like where's our seats? Oh in the bleachers.... Talk about one end to the other haha. 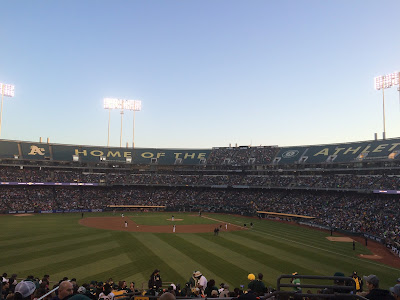