We had our annual 4th of July party out at the club on the 1st. 4th of July, 1st of July, whatever works right?


I had been trying to not be too involved this go around but ended up doing a bit of helping. Like cutting up a million watermelons. 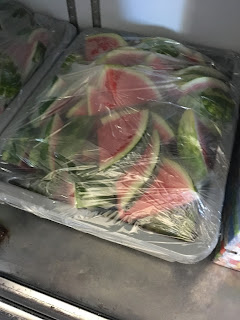 At least I wasn't the one making this GIANT mac salad 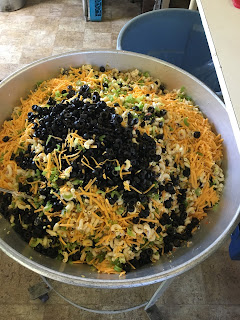 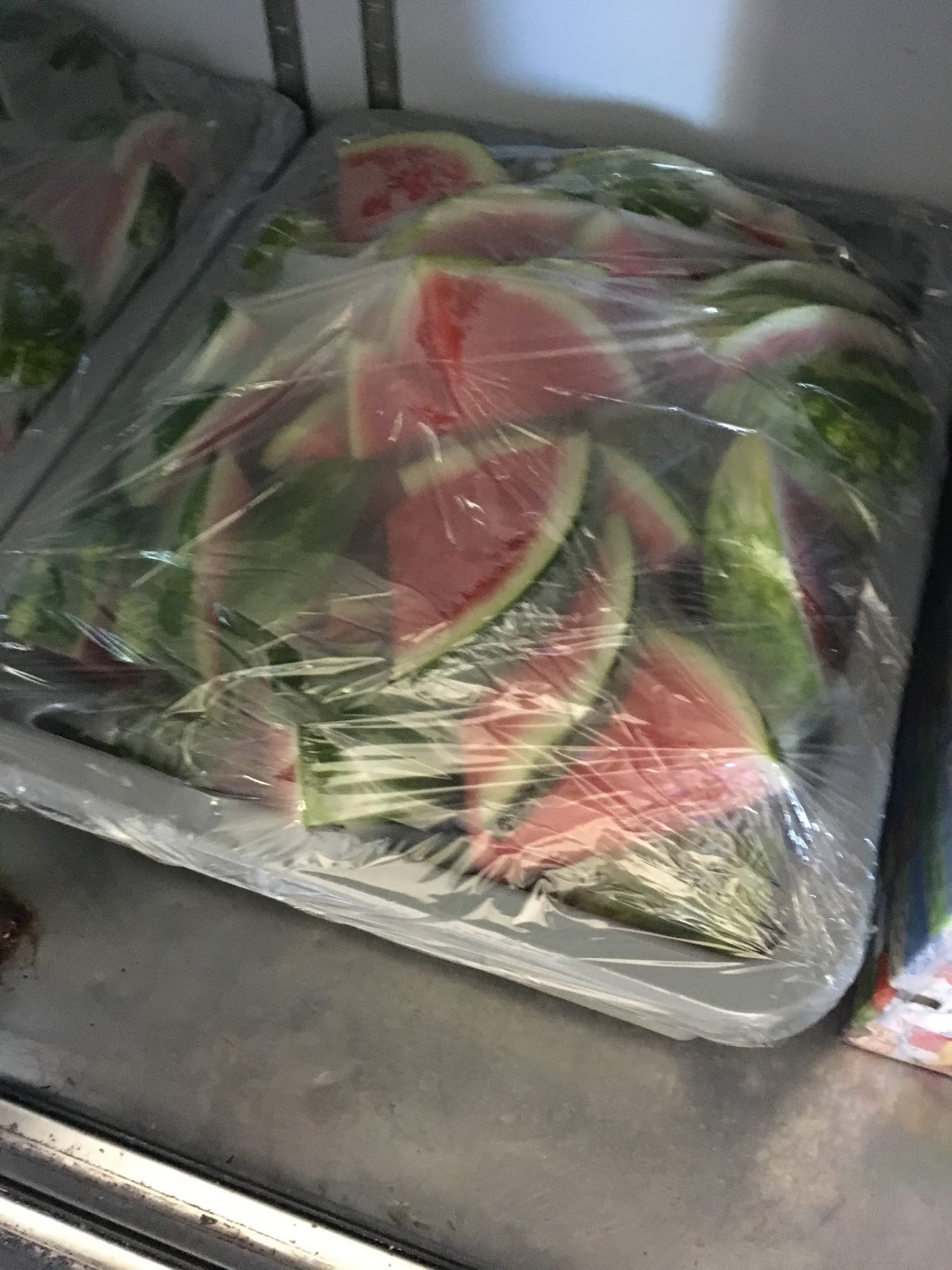 I helped with some decorations and running the kids games. It was nice to "help" with the games and not be in charge.

The kids started with bike decorating and then being "judged". Hard to judge though when they all used the same supplies. 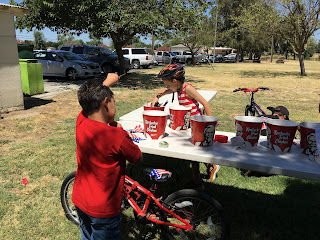 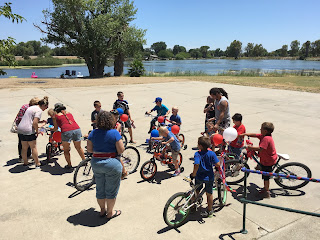 Next we had the water balloon toss. She used the ones that you see in the infomercials that fill up real fast. Much easier than the time I did the old fashioned ones. 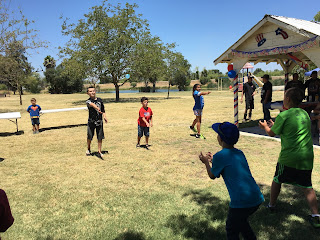 Last year the other gal made this water station, notice how it's full of bigger kids playing with it? lol 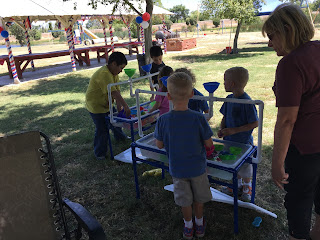 We did a bean bag toss next but I only had pictures of the kids so that wasn't too excited. One girl kept score so we had a winner for the most points (wood clown with holes worth different points)

Then it was the sack race! I love some of these action shots! 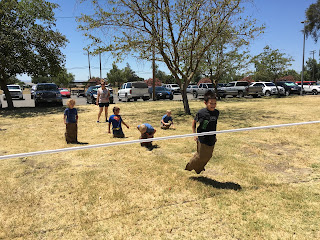 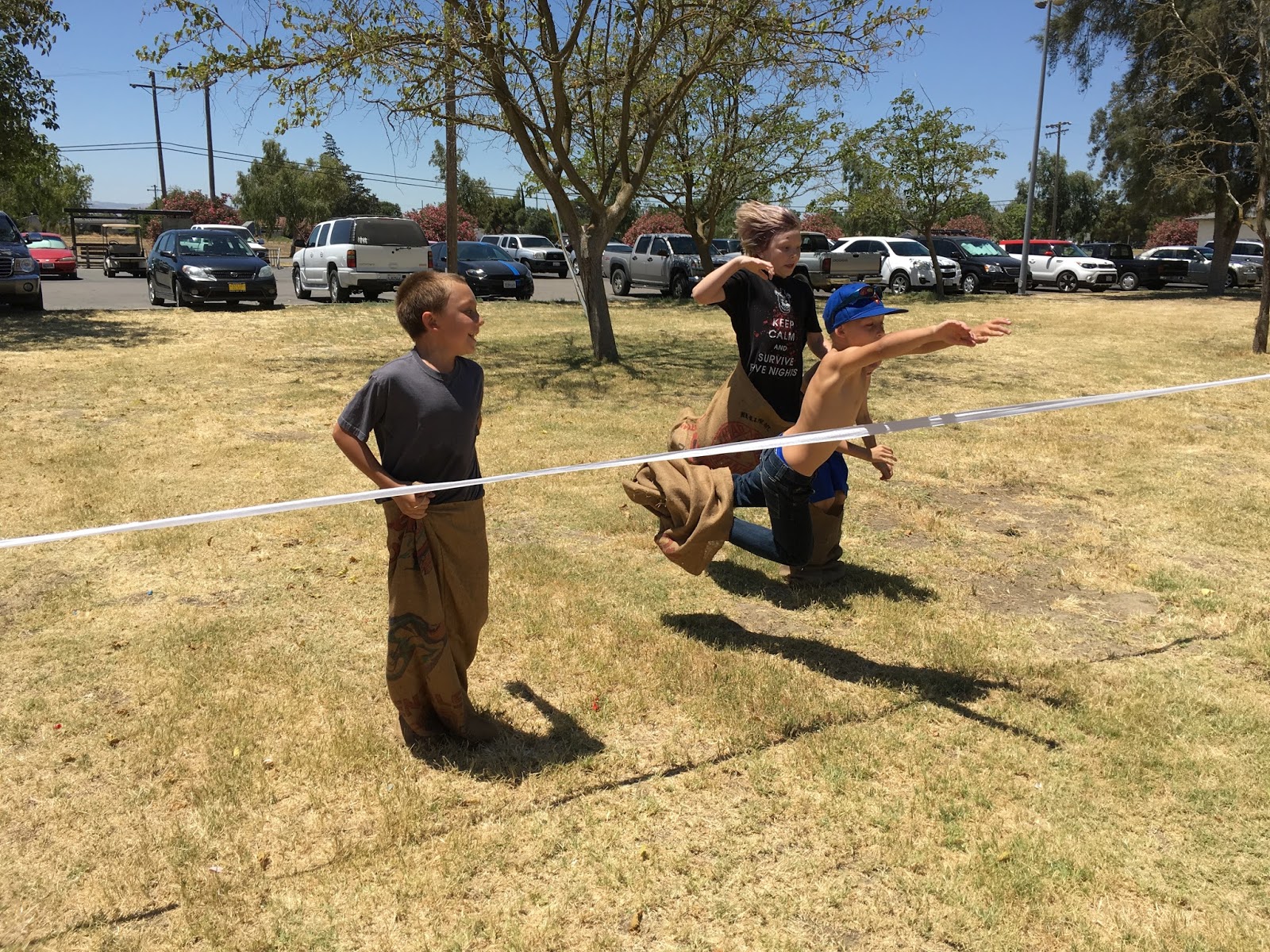 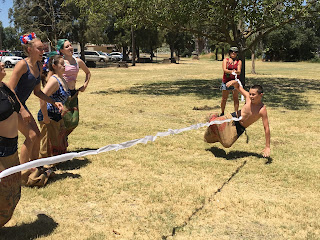 and the adults got in on it, I declined to "take pictures" haha 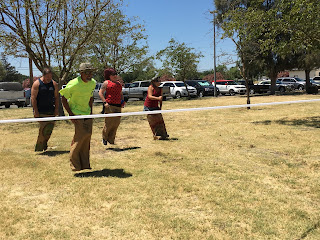 Next up! Watermelon eating contest! This is a must have for our 4th of July party. The kids really look forward to it (and the adults!)

I had precut 24 pieces for this. We usually don't have 20 kids. Oh my, we had over 30 kids lined up to participate! I had to think fast and ran in and got the smaller pieces that were for lunch for the little kids to eat. Whew. 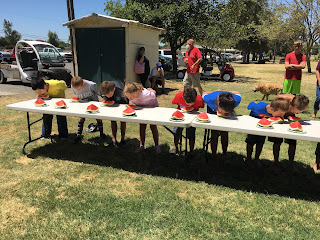 "little" kids (let them use their hands) they were so cute 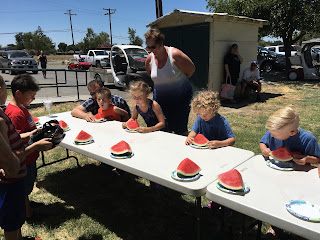 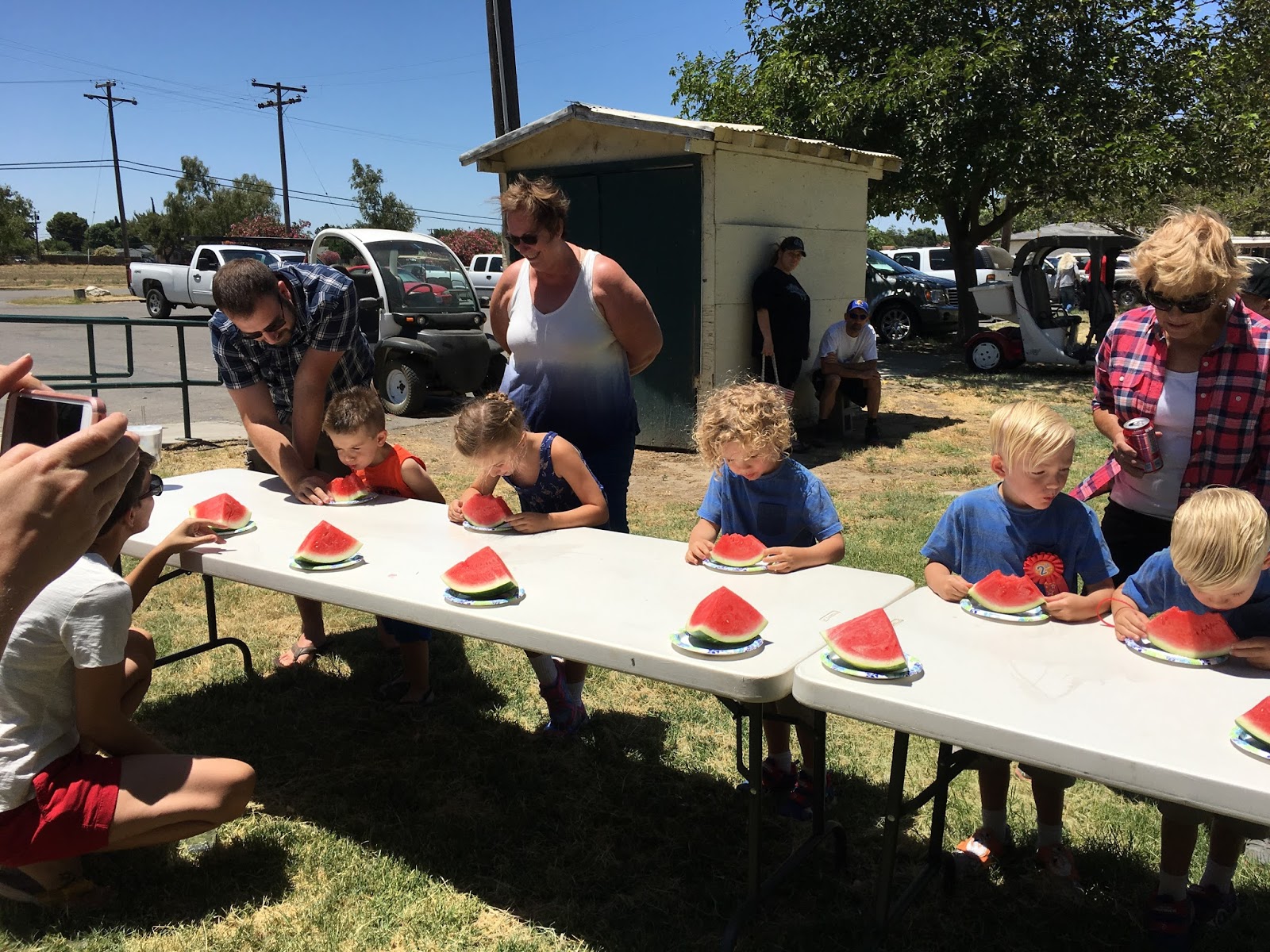 and then the teenagers 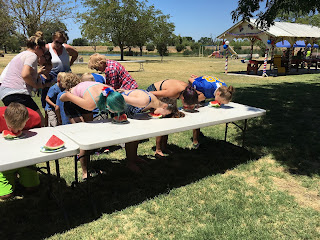 next we had a new one, whipped cream! Adults got in on this with the kids. The girl that won basically just sucked it all up. 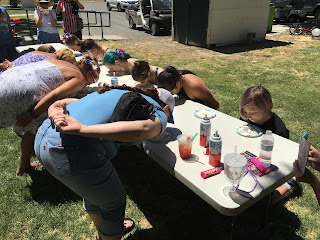 after this we had lunch, which I didn't help serve this time. That was kind of nice. That's always so stressful. People always want more or less or we are running out of something.

Look at all this food for $10. That's one big Lockeford Sausage (locally famous!) 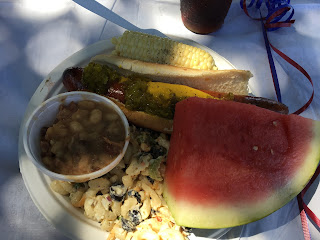 After lunch the kids did a tug of war which I missed since I was helping get the cake booth ready.
Then the kids did a relay race of some sort (I didn't help) and got all colored up with some color run type chalk someone donated. The big kids thought it was great. 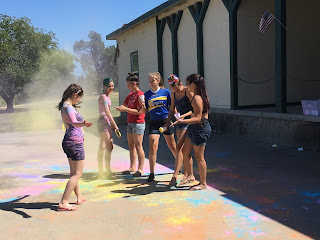 Meanwhile the people were going bonkers at the cake booth. This giant wheel got an updated paint job and brought out. So much fun! 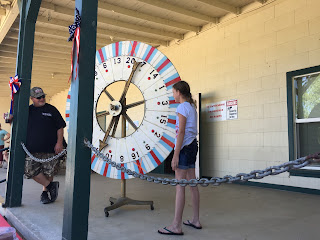 These people are crazy I tell you! You'd think they hadn't had cake in years. Like a mob wanting CAKE CAKE CAKE. 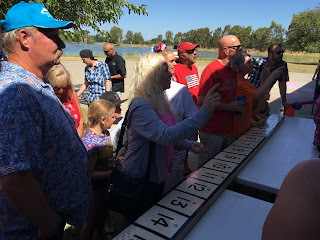 after that was over I just hung out! 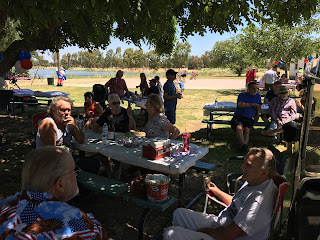 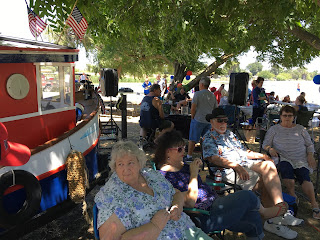 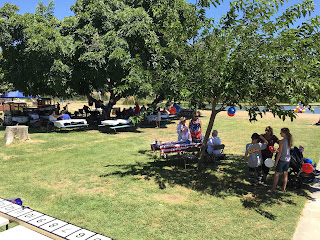 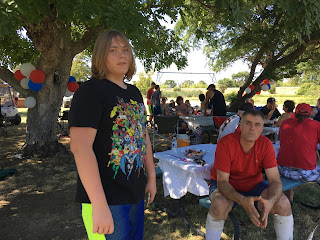 Melissa & Jessica bring their hula hoops where ever they go now. Some day we'll be like "that was the hula hoop phase" haha 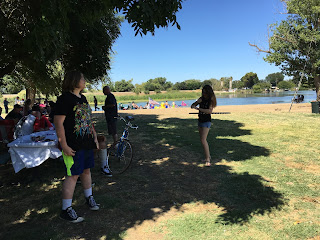 there was a ton of raffle prizes, sadly I didn't win the one thing I put all my tickets in for. 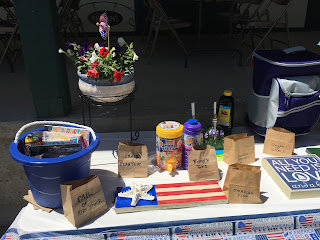 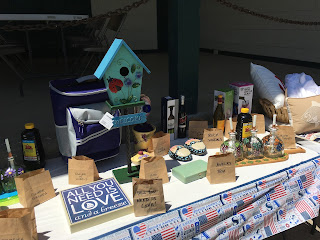 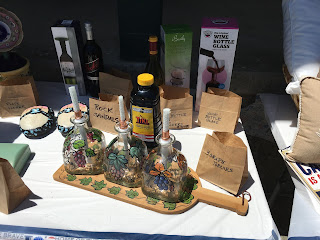 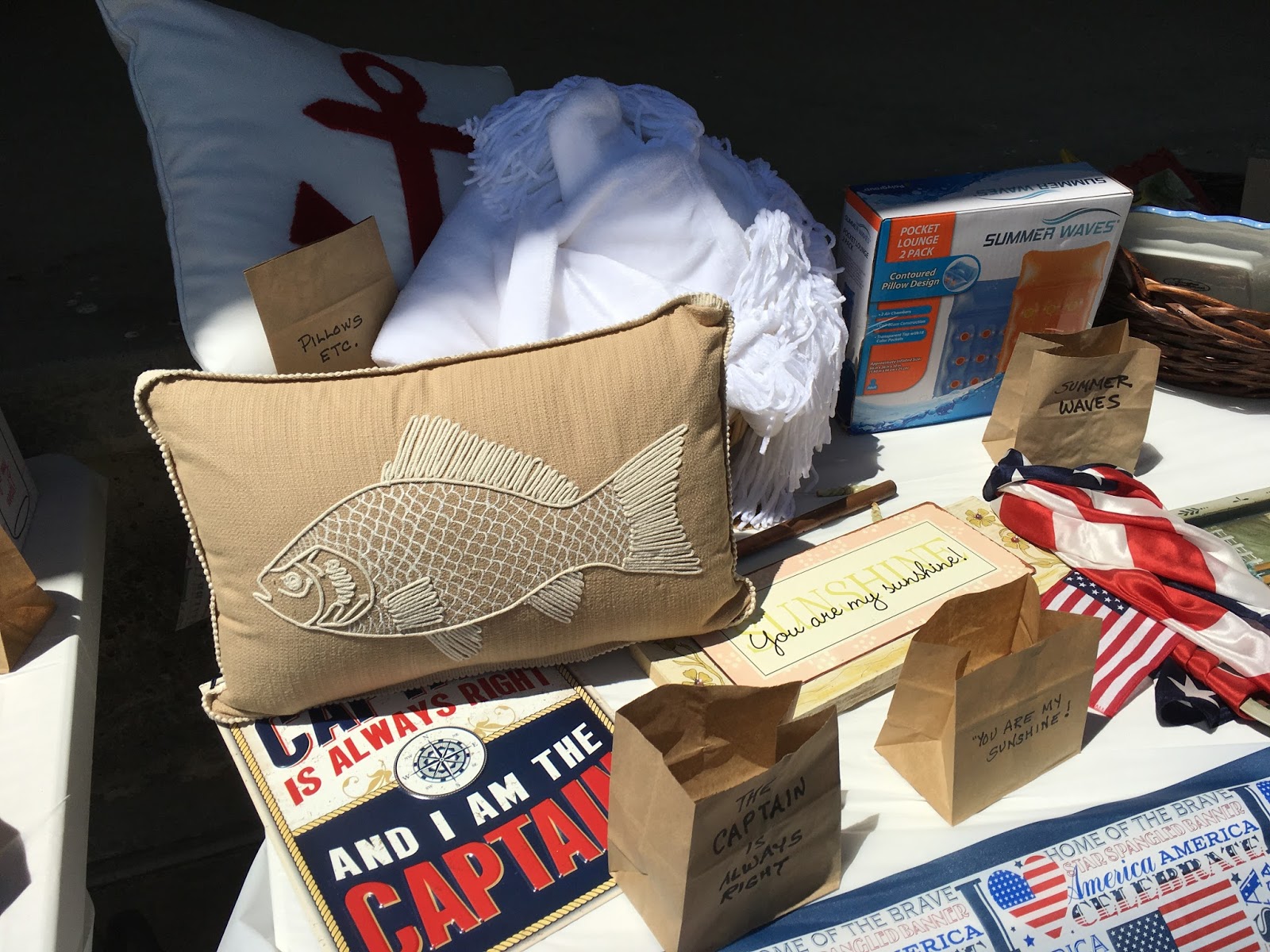 The party was a success and everyone said they really enjoyed it. The next big party is going to be a Hippie Party. I need to work on an outfit!

Off topic for a minute - I just saw on TV slices of watermelon that was soaked in tequila and they put a popsicle stick in it. Everyone was eating these little triangles of watermelon and boy it looked good. Did the same with pineapple on skewers soaking in rum with coconut sprinkled on it - so like a pina colada. Yummo.