Trevor and I have been trying to go to the gym on Wednesdays and Fridays. He rides his skateboard or walks over from school and then I come straight from work. (and then we go out to eat...)

Last Friday I did week 3 day 1, which has 2 running segments at 3 minutes each. My legs were hurting so much by the ends of those 3 minutes. Ridiculous! But I hung in and did it even though the kid was yacking at me the whole time. I remember now I had to do these early ones by myself so I could talk myself through them. Just for fun I went back and looked at when I did week 3 last time and it looks like it was just as hard then, Rough.

I've been doing Hello Fresh for a few weeks now. They are a little spendy but it's nice because I'm so sick of trying to come up with some thing to make for dinner. I tend to put off going to the grocery store until I make a menu and shopping list but then I don't want to, and then we end up with pizza.
So this way at least we have something slightly healthier 2-3 days a week.

Here's a few I've made recently

I try not to pick many of the pasta ones, since pasta is cheap and I want to get my money's worth haha 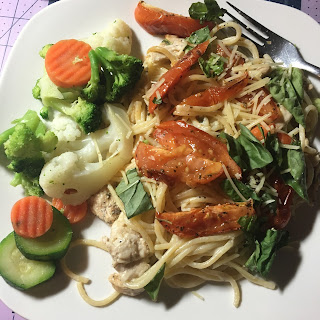 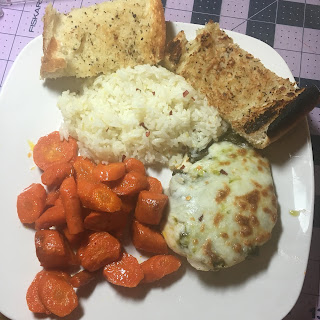 This one had kiwi salsa in it, not that great of a pic sorry 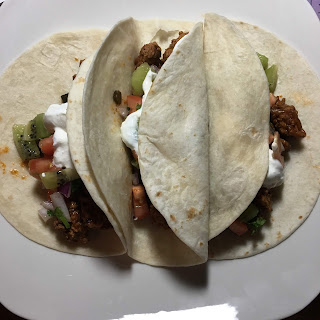 This one used shallots and jalapenos that were supposed to "pickle' while you cooked. I only put a couple peppers in it. I ended up picking the shallots off since they gross. 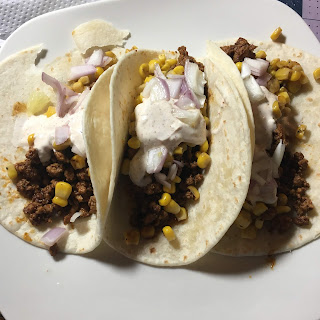 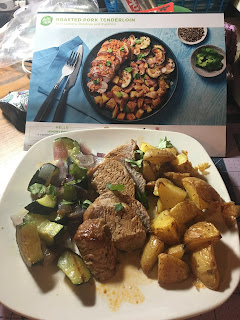 Tips for making these meals:

1. buy some rubber gloves for cutting the peppers that are in quite a few recipes
2. Cut open all the packages and have them ready to go
3. Don't just throw things in until the recipe actually says to (learned that one again yesterday!)

Overall I think they are kind of fun and if you aren't totally broke a good way to get some fresh meals with less effort. (PS didn't get anything free for talking about this..)

Also! The kids made this for the kittens out of the boxes. The kittens love it.

These look like great meals. I know a lot of folks who use these types of service.
I would never want to use them due to not being able to eat much of the food they would give me. But I would LOVE to have someone tell me each and every night what to make.
I get so tired of trying to come up with stuff for dinner.
The other night I said, "I'm done. The well is dry. I got nothin'. "
Rick said I'll make dinner and has since then.
he made pork medallions that had marinated in this soy sauce (well tamari - no wheat) ginger, garlic, and brown sugar. He did this as a stir fry with veggies over rice. Oh my goodness was it ever flavorful. I told him he has been promoted to full-time chef. :-) I don't think it will last long but it's been fun and he's been so creative. Yipee for me for as long as it lasts right?