I've been gone every day or night since last Thursday. While it's been fun I really need to stay home tonight and wash some disgusting dishes that have accumilated in my absence! Funny how you can be gone and the dishes still pile up! Well maybe not so funny ;)

Saturday night while we were gone apparently a house down the street burnt down. 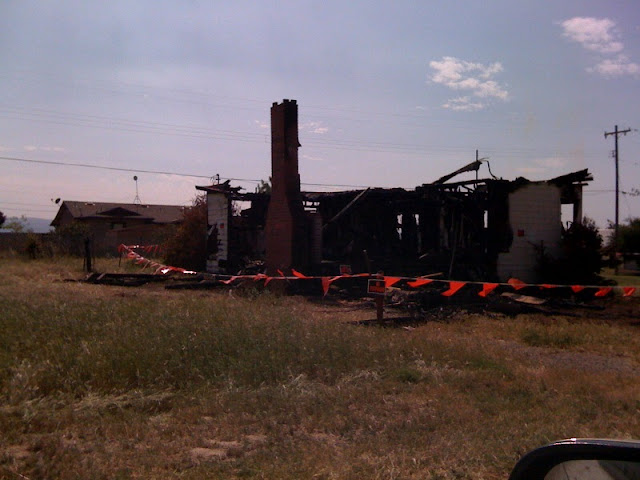 Fortunately it was empty, That's probably how it ended up burning down though. Some stupid people messing around in there I'm sure. It could have been a really cute house if someone gave it some TLC. It had a nice porch on it. Guess it will just get bull dozed now. I wonder if someone will build a new house on the lot. Out where we are you can only build a new house if there is existing septic on the lot.

So Sunday we went to our friend's house to BBQ and swim. My friend's husband makes the best BBQ'd chicken! It was so good I had two pieces. I took a little shrimp ring with cocktail sauce in the middle for us to snack on. I think that is going to be one of my new party foods. Apparently you can get a larger one at Costco.

I didn't take any pictures but we had a lot of fun! We are going camping with these friends again at the end of July.

Yesterday after work I met up with the same friend and our other friend to celebrate a birthday. We went to a mongolian bbq place. You can make a pretty healthy meal there. I should have left out the noodles but they were good! I got the shrimp too.

After dinner we went to the movies to see The Lucky One. I read the book back in 2010 when I was trying to read all the Nicholas Sparks books. Before I gave up on most of them being stupid sappy love stories. I did like this one though.

My friends and I decided to take a picture in front of the poster teenager style. Took me about 5 tries to get us all in there (and no poster lol). It was hilarious though and we were cracking up. 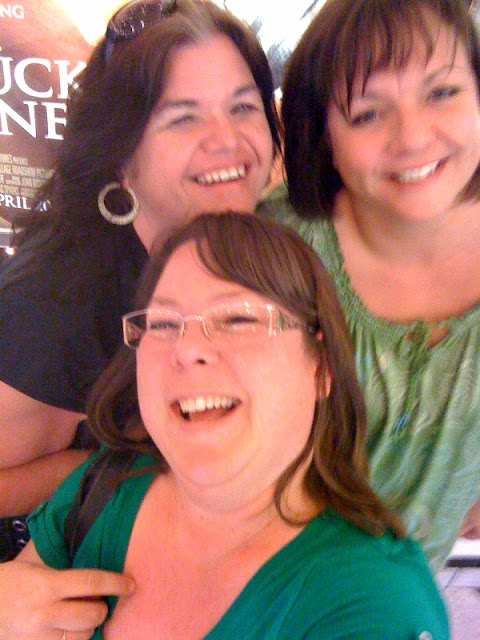 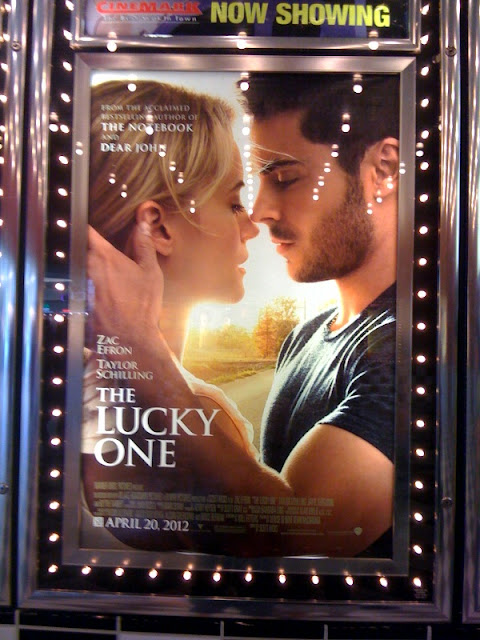 Can I just say "hot damn" they have some good love scenes in the movie? Makes up for the slow parts!

The movie seemed pretty true to what I remembered in the book. I think the Dad was meaner to the kid in the book though. I'm remembering him being REALLY mean about the violin and him being the one that gave the kid the bloody nose with the baseball.

All in all a good movie.

After the movie was over we went to a couple stores in the mall. We went over to Victoria's Secret since my friend had some coupons. I was totally cracking up about the underware with sayings on them. WHO WEARS THIS CRAP? All I can see them being good for is some sexting. 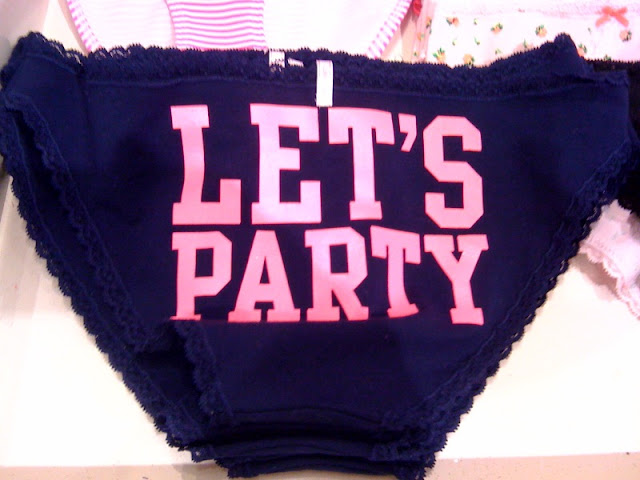 I think these were the most "tame" pair they had.

After the mall walk we went to Starbucks to finish our night. Great night out with the girls!

Tonight? Dishes! And I hopefully will cook dinner too!Pin It
Posted by Julie H at 9:04 AM

I actually just finished reading The Lucky One and it wasn't one of my favorites as far as Nicholas Sparks goes. It kind of made me want to not see the movie. I'm all about the steamy love scenes though. (o;

Sounds like you had a super-fun weekend. Except for all the dishes you have to wash!