I wrote about it here. Weren't we cute? 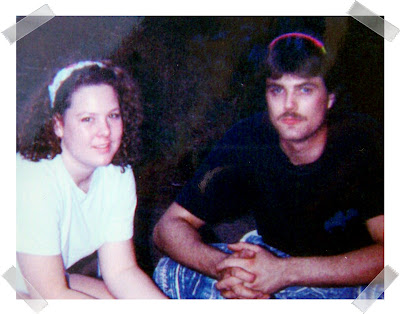 I'm only 4 years older than MELISSA. Ack so scary. I swear my Mom must have been having a heart attack.

Anyhow, to celebrate we are going to go out and eat chips and salsa (well Mexican food, but really I could just go for chips and salsa, yes I have issues) and then go to the movies to see The Heat. Scott actually wants to see it. Score one for the chick flick.

We were trying to figure out the plan of what we were going to do and he brought up going to the 9 something movie. Um no? I cannot stay awake at a movie that late. Doesn't matter how good it is I'll be snoring for sure.

So we're aiming for an 8 o'clock one. We'll see how it goes.

In other news they put up some pictures from our race we did last weekend on Facebook.

Here's the best one of Scott and I running together. He's not looking but I look better in this one ;)

See the little doggy on the right? She parked by us and when we were hanging out in the parking lot it took everything I had not to go over and be like OMG I LOVE YOUR DOG. She looks so much like Rusty only opposite colors. I think she was pretty young (the dog). She ran the 5k which started at the same time and she was so cute running along and looking around like "hey what's going on!" Such a cutie! 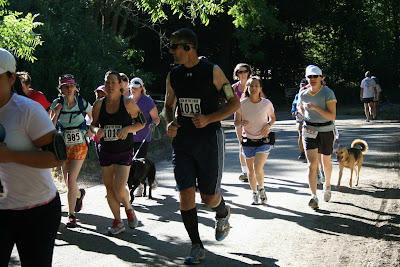 Here's Scott coming into the finish line. Wheewww eee look at his arms! 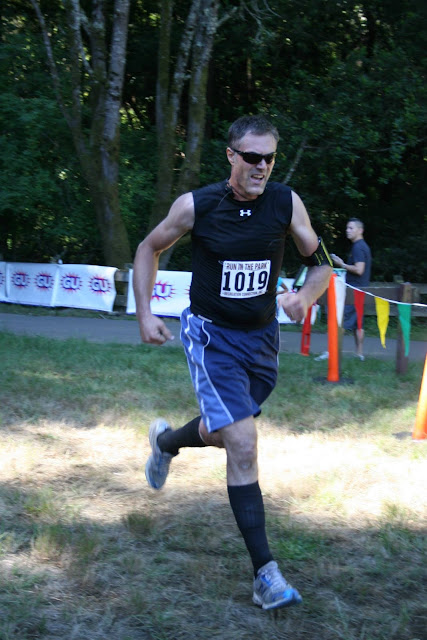 He's come so far in the last year. Totally amazing. So I had to do this, check it out 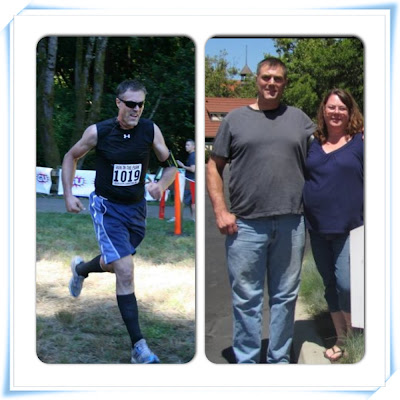 Who are those fat people?? Man!! Totally crazy! (picture on the right taken here in August 2011)

Ok well I guess I better take care of getting the kids some dinner before we go. Good reminder to take it easy on the chips and salsa ;)