After we finally got up and moving we checked out of the hotel and went and had a late breakfast at Jerry's Restaurant. This is a 50's diner type place, but light on the 50's. We got asked our drink orders before we even made it to the table. The coffee was getting refilled so fast I had to move it away from the edge of the table! I debated on what to order but went with an omelet. I think it was called the "sink" or something like that since it had a bunch of different things in it. It was good but the peppers could have been cooked a bit longer for my liking. The hash browns were perfect. When I was looking up somewhere to eat on Yelp people were saying that the hash browns weren't cooked enough. Maybe the cooks read the reviews because these were great! Sadly my body decided to veto it about 1/2 an hour later. Too much grease I'm thinking. 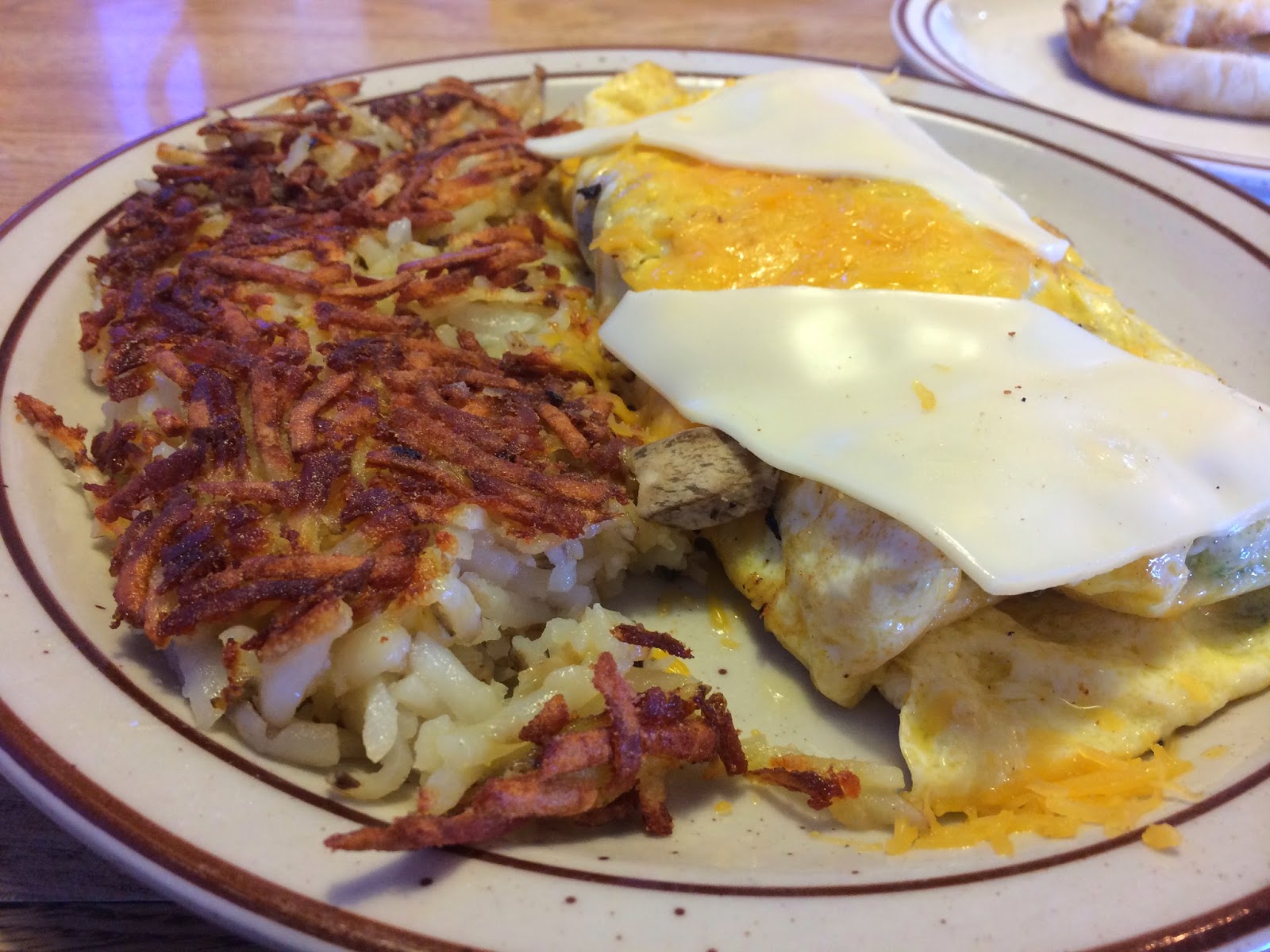 After breakfast we went to the local museum. My mom is always saying that our ancestors are in the museum. That's why I wanted to go, so I could see for myself. I think I should have read up on who exactly these ancestors were because heck if I recognized anyone ;) The museum was fun to walk around anyways. There was a lot of just time period stuff, a section on the native Indians that I really enjoyed (baskets, houses, duck decoys and just about anything else you can think of made out of cattails of all things!) I should have taken more pictures but I was too busy just checking it all out.

I did take a few pictures to share with Scott though. Look, a new bike! Isn't it amazing that someone could ride something like that? 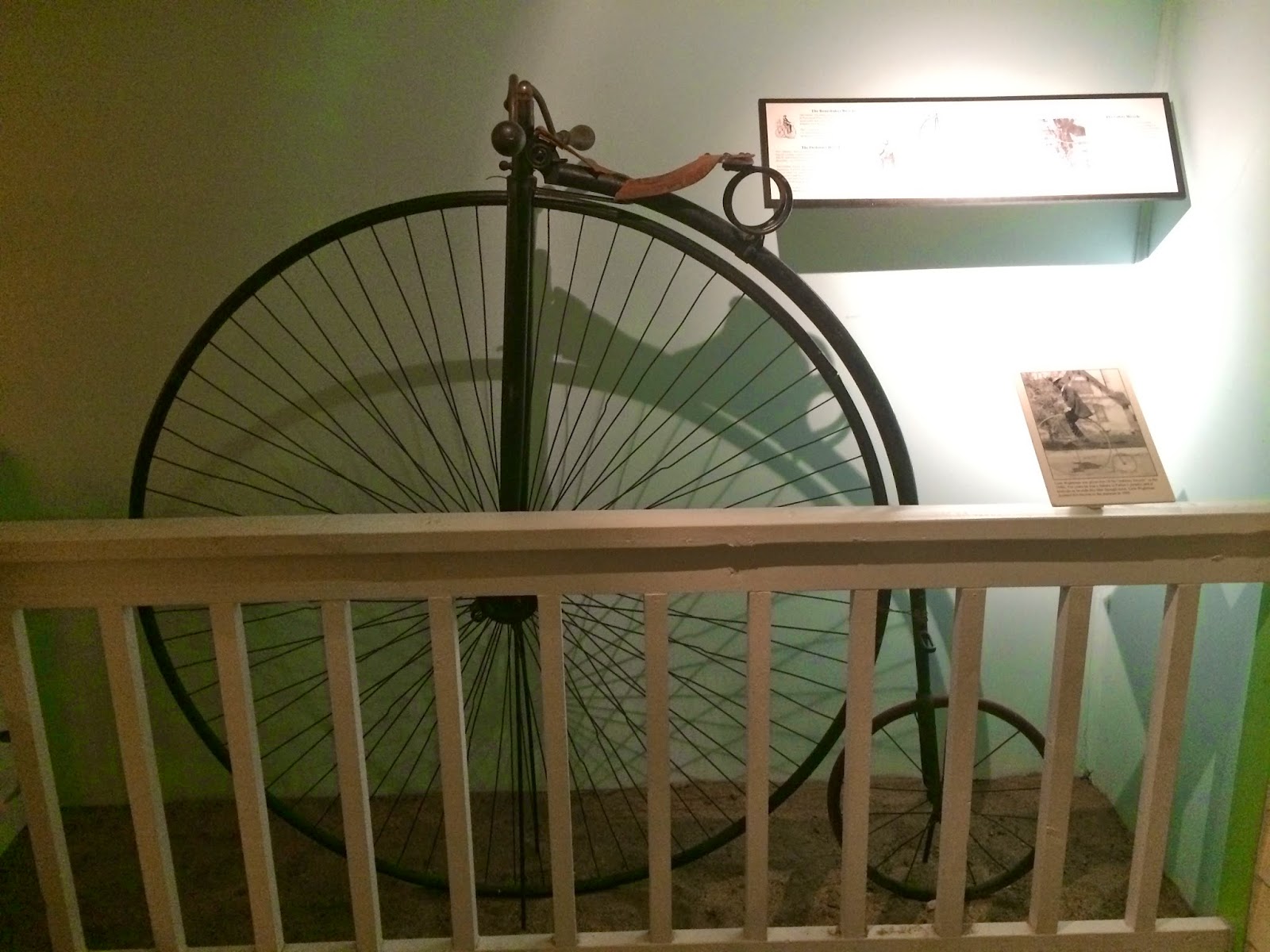 an old car I never heard of before 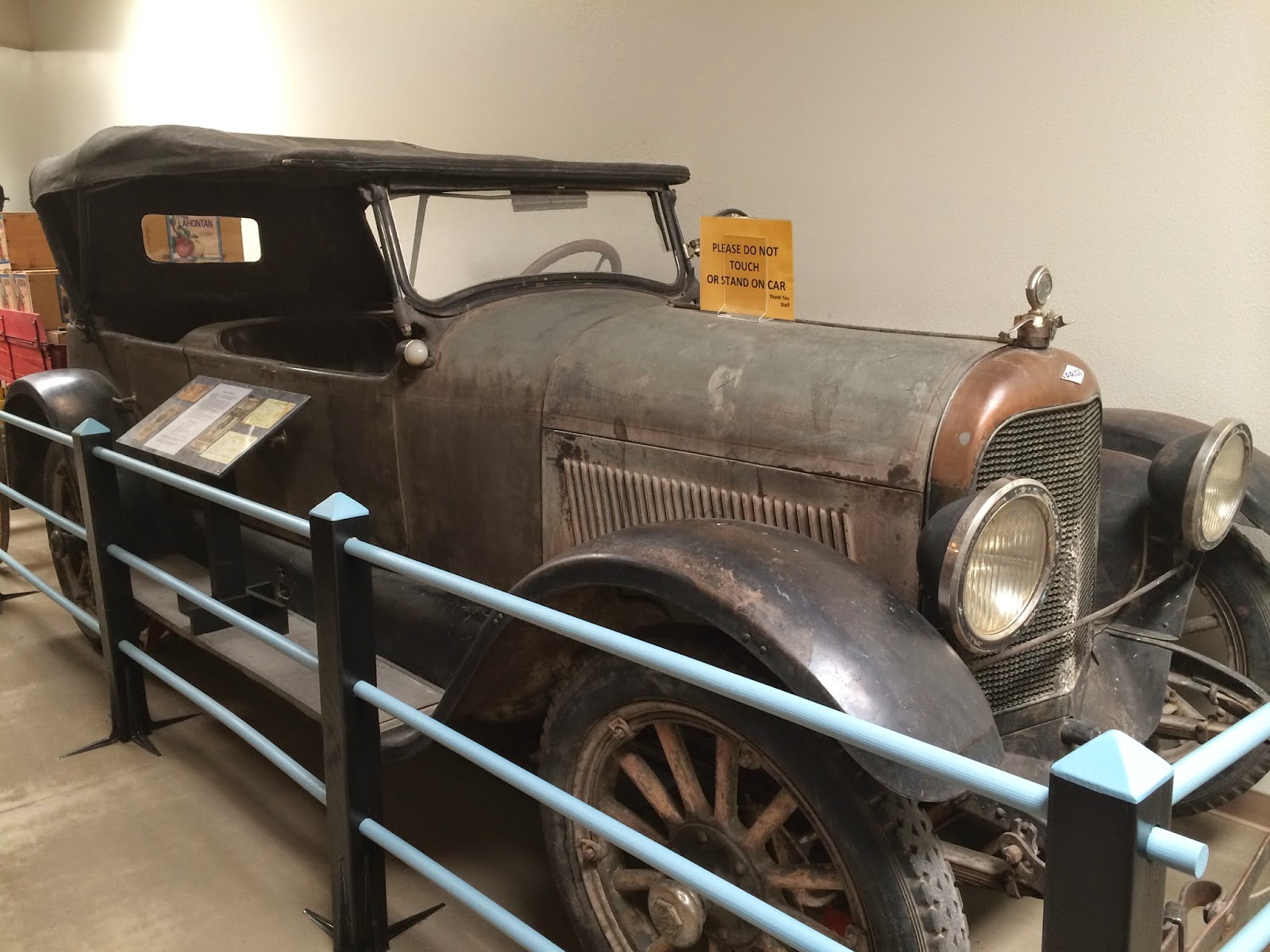 This thing was a steam roller that was used to make roads. The back wheel there was taller than me. Pretty impressive. 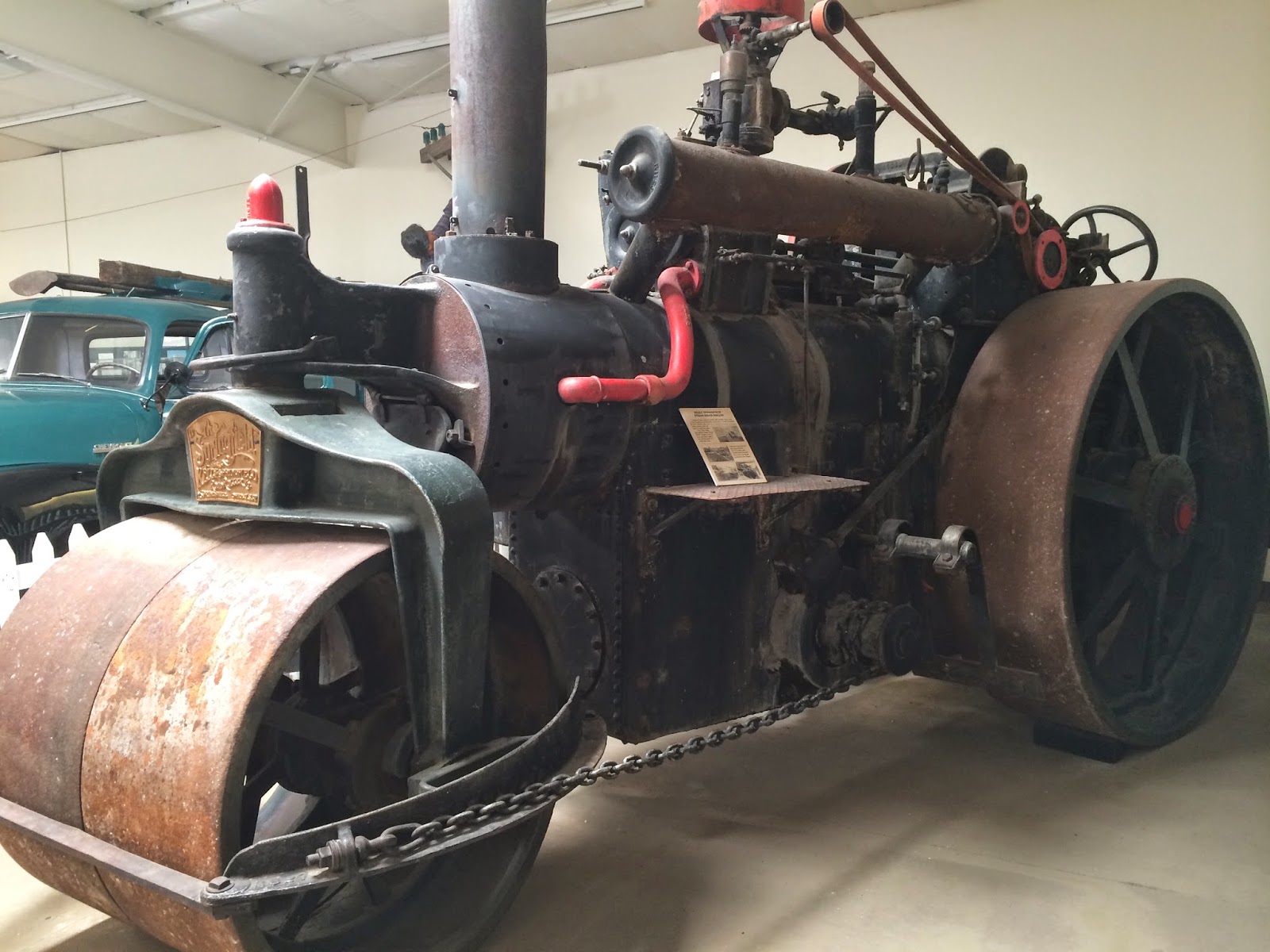 Tractors! I had to take these to joke about for work. We have a program where people turn in their old tractors and get grant money for a new one. I figured these would be good candidates ;) 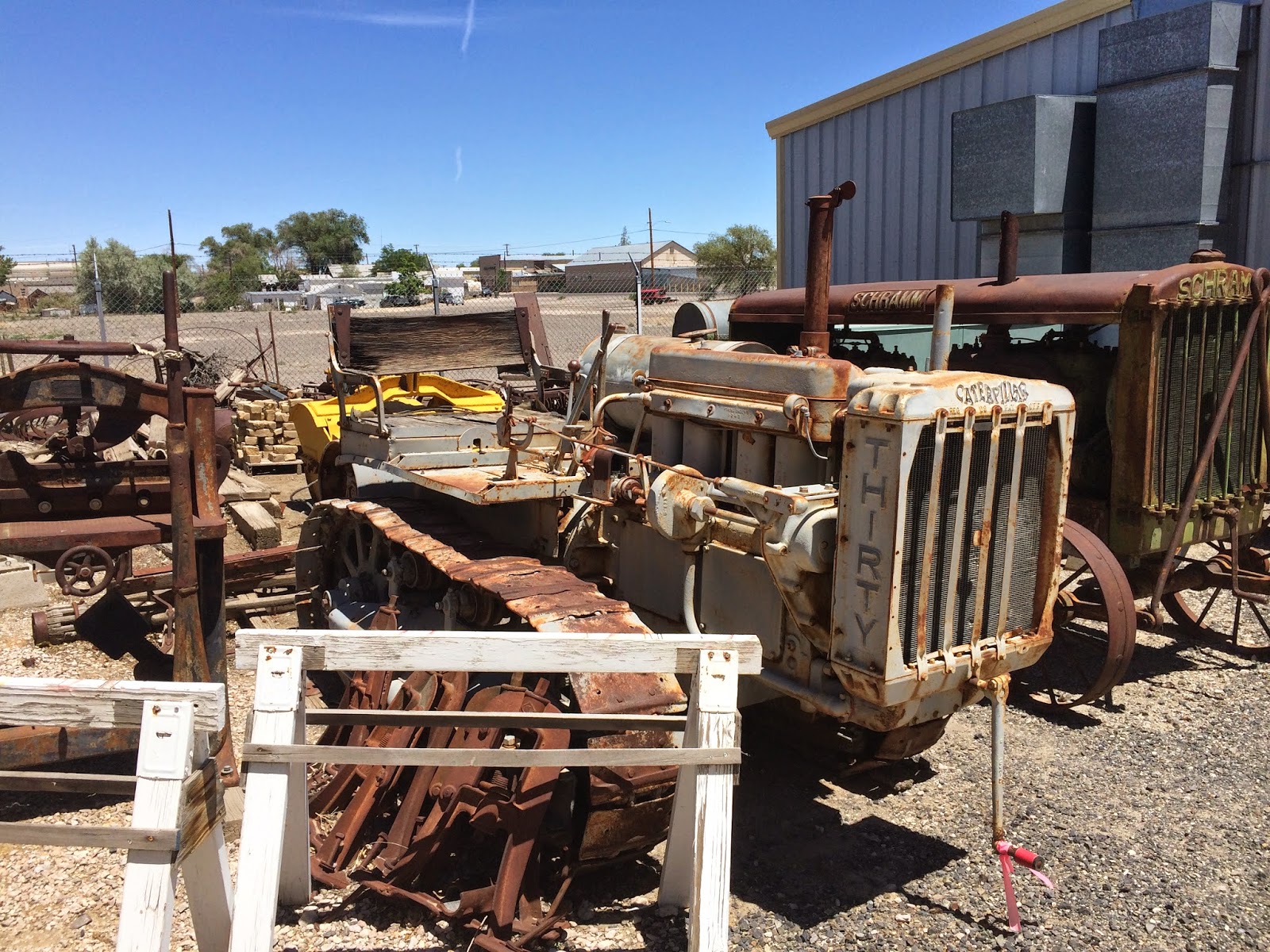 An old store was off to the side. Not sure if you could go in and check things out, we were kind of tired of walking around at that point. 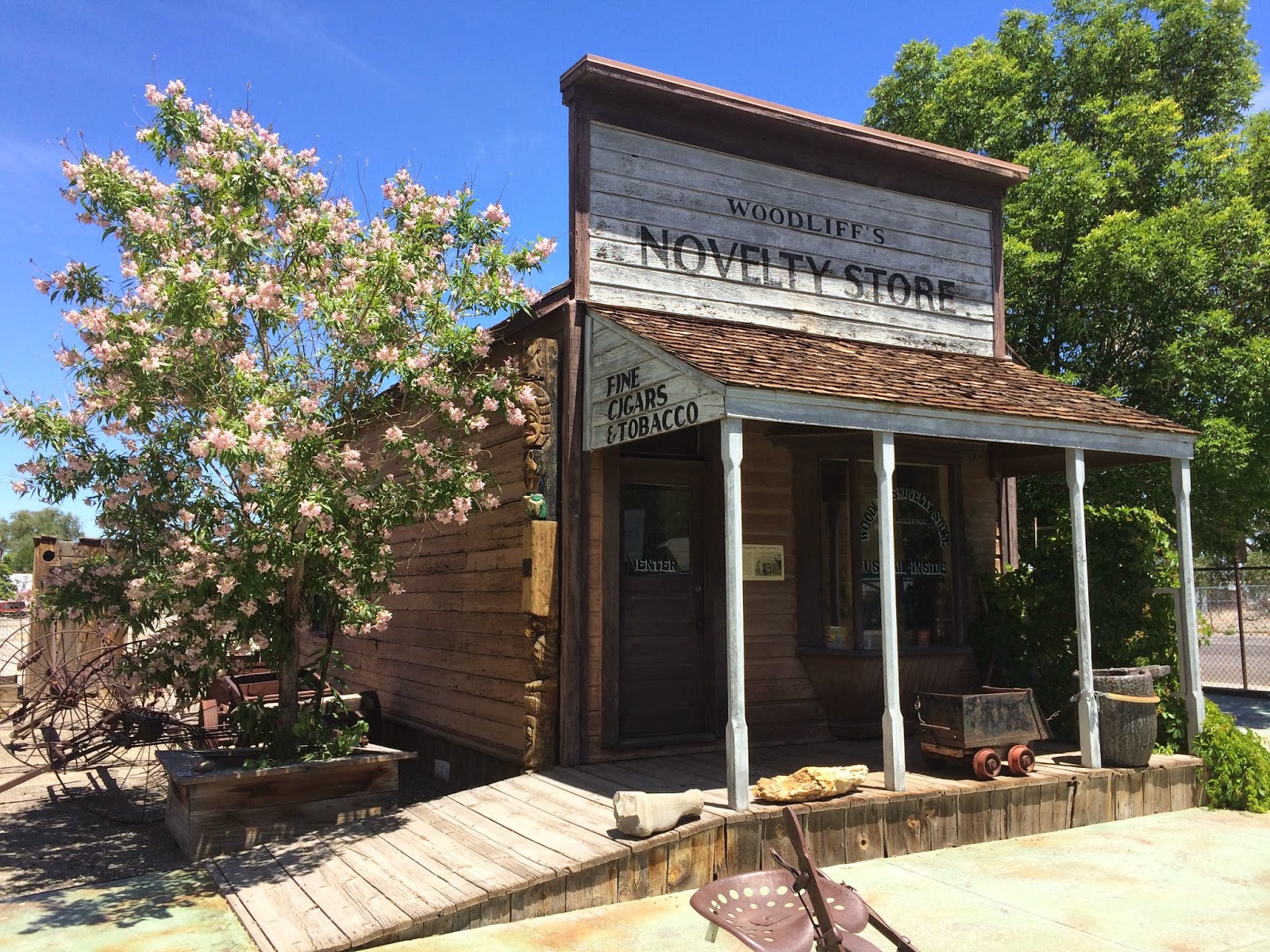 After the museum we drove out to Uncle Don's house. This was the view for most of the ride. 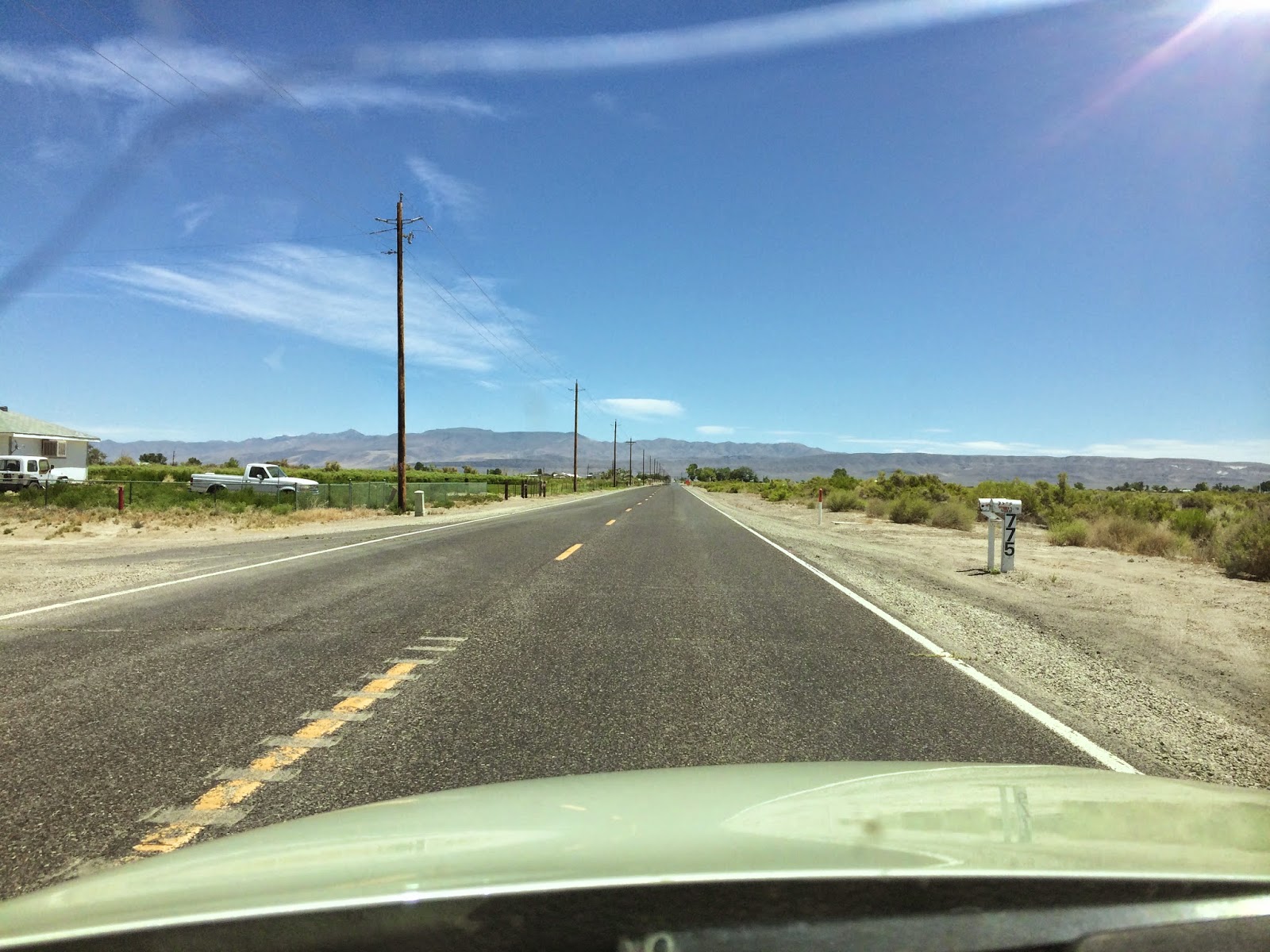 Once we got there we hung out and looked at some of the pictures we had brought. The whole reason behind the trip was to deliver my Grandma's pictures that I had scanned. Uncle Don is Grandma's brother so my mom wanted him to have the pictures since there was a lot of his parents family growing up.

They brought out an album that had belonged to my Grandma's Mom's Sister. There was some similar pictures but a lot I had never seen before. I took a few pictures of the pictures with my phone for fun.

ugh I don't know why it keeps turning my pictures, just turn your head ok? 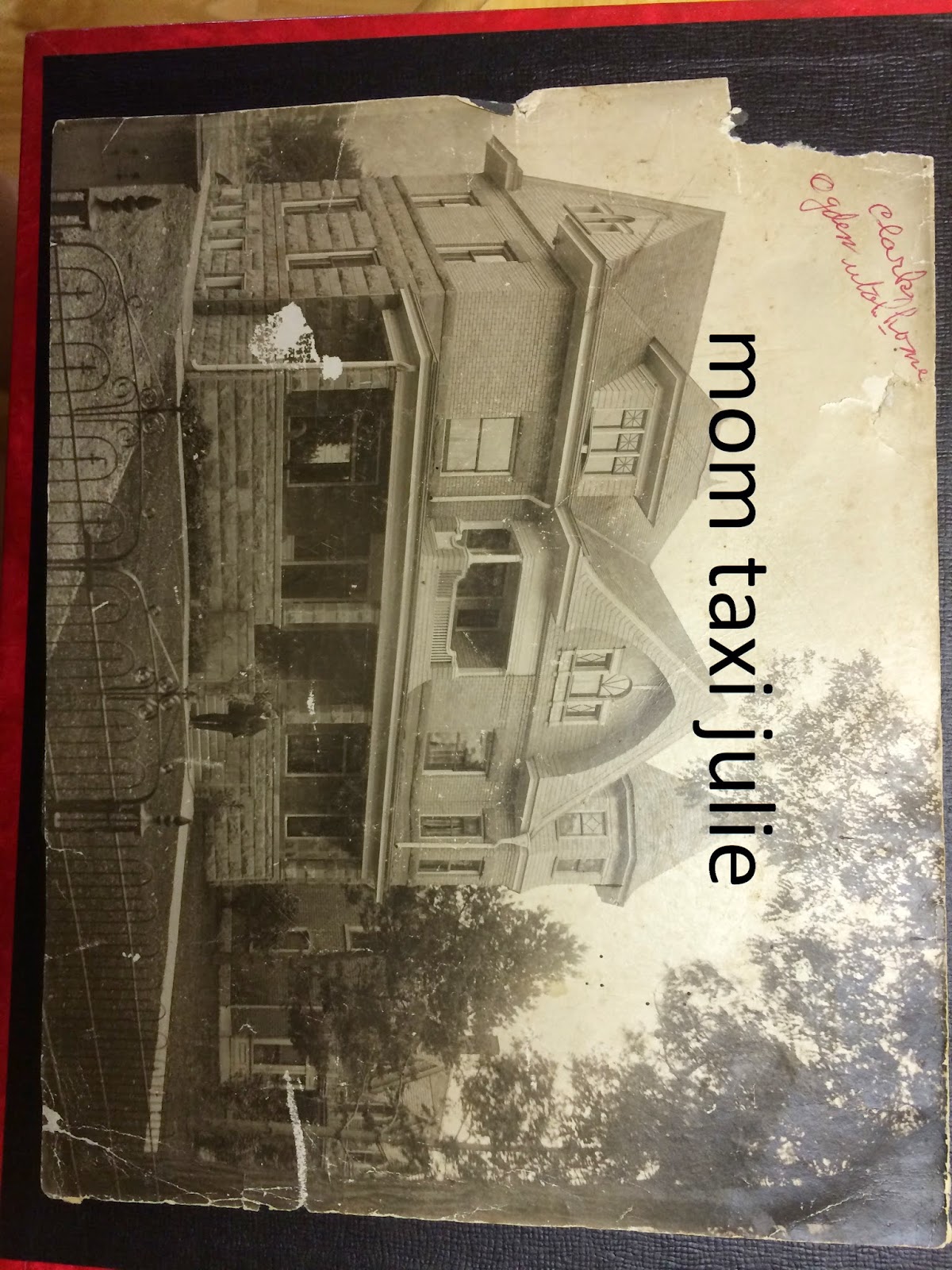 I took a ton but I'll just share that one for now. This was my Grandma's Grandma's house I believe. They lived in Utah and were Mormon. They had like 10 kids. Crazy.

So while we're all sitting around and they are swapping stories my uncle goes outside and comes back in with this big box of stuff. It was papers and stuff that belonged to his dad. My mom was super close to his dad, her Grandpa. He found all these pictures from when he was in the Navy in the 20's. A lot of them are really faded but there is some really neat pictures in there. He said we could take them home and put them in a book for him. 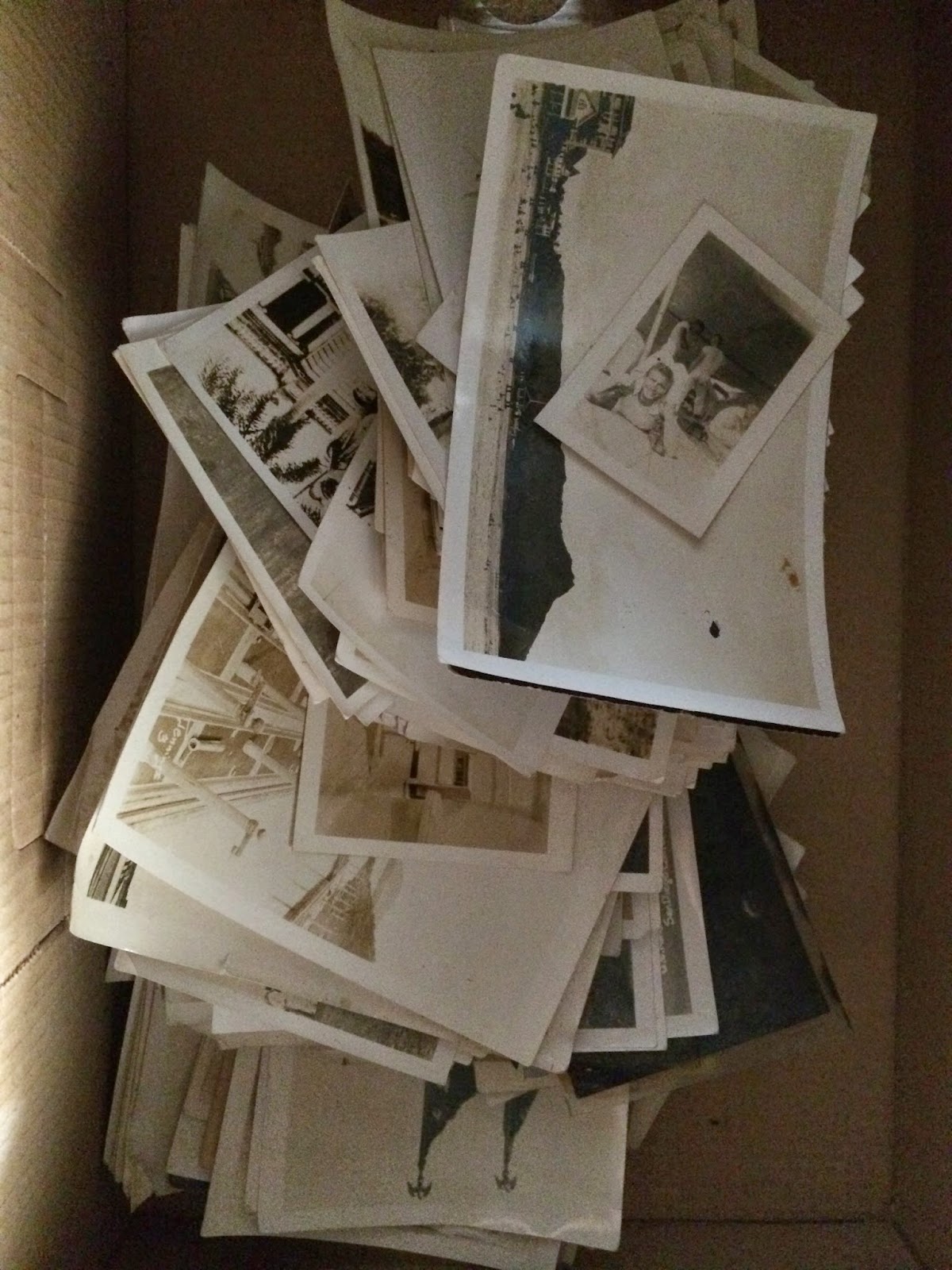 So now I have them here in a shoe box to scan and try to see if I can make them easier to see. They are all black and whites so I think that will work in my favor. I really want to play with them but I'm making myself wait until after this weekend.

Eventually we left to go to he cemetery. My mom wanted to go to her Grandpa's grave site. Before we left I ran outside and took a picture of the view from the back of their house. How nice is that? 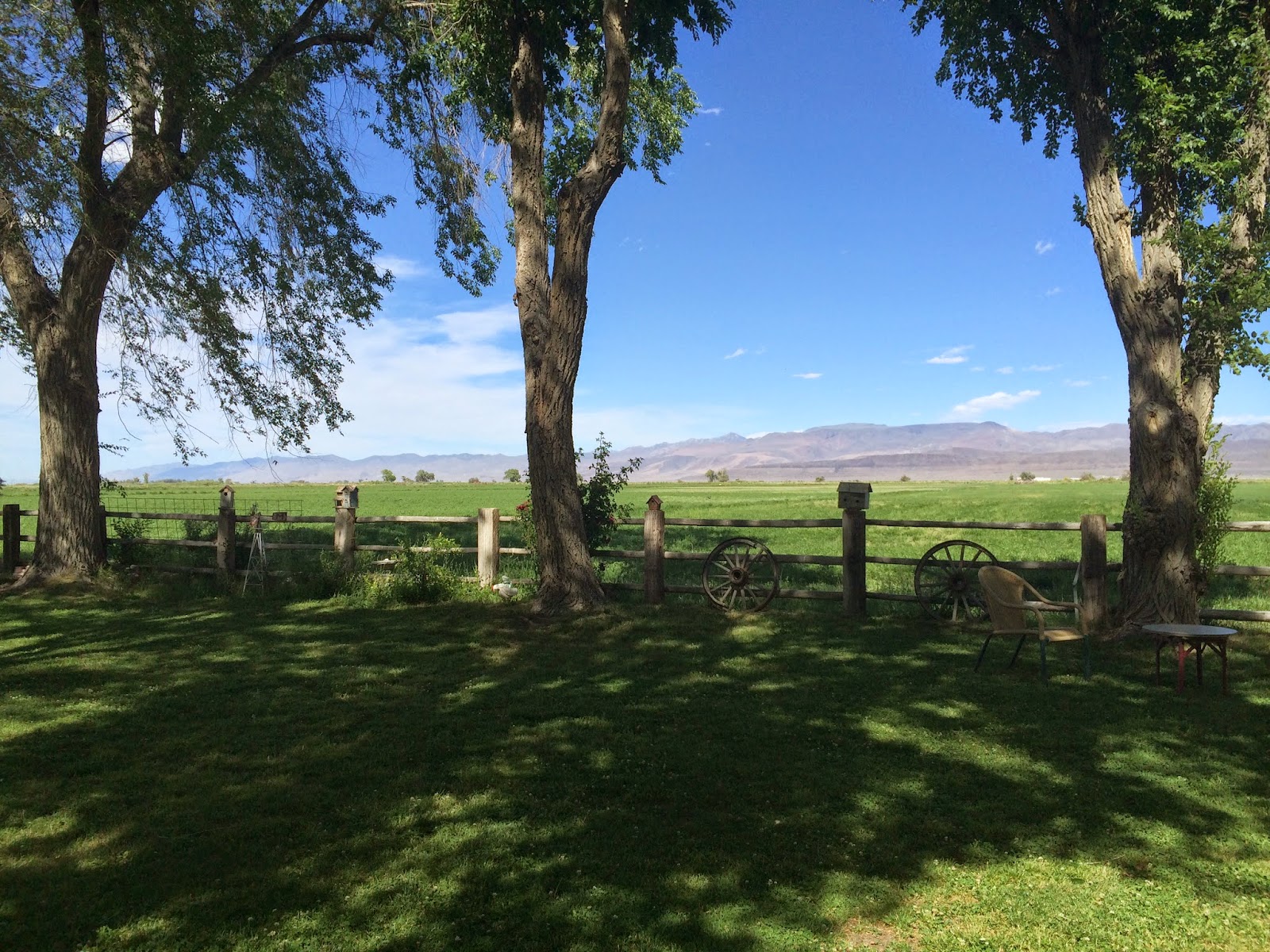 We went to the cemetery and it was super windy. We only stayed for a few minutes. My mom and aunt took a few pictures and then we were off!

We had to drive back through "town' so we stopped at this fun looking antique store. It was called Just Country Friends or something long those lines. It had a bunch of really cool stuff out in the yard. Like lots of metal tables with fun chairs. I really liked this metal doll bed that would have been really cool to have in the yard but it was a bit too expensive at like $80!

Inside the store was rooms and rooms of fun stuff. I came home with a set of really cute bird salt and pepper shakers that I think are still out in the car whoops. Mom was still shopping when I was done so I went to sit outside on the steps for a minute. 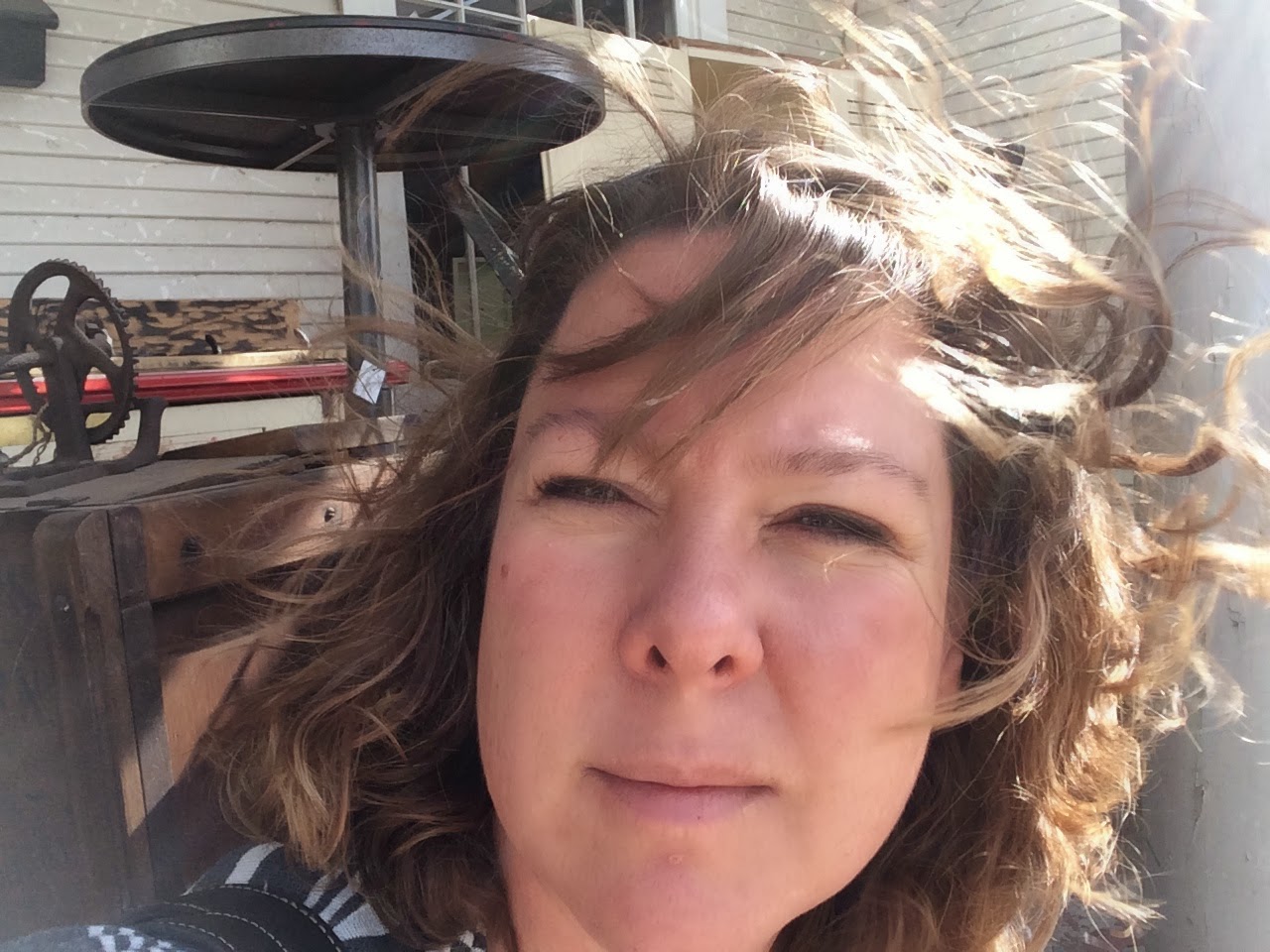 We started to leave town after that but we decided we were ready for some dinner. I looked for something good on Yelp and we ended up at La Fiesta. It was right across the street from The Wok where we ate at the night before (well where everyone else ate at).

It was decorated really cute inside with a lot of metal work. 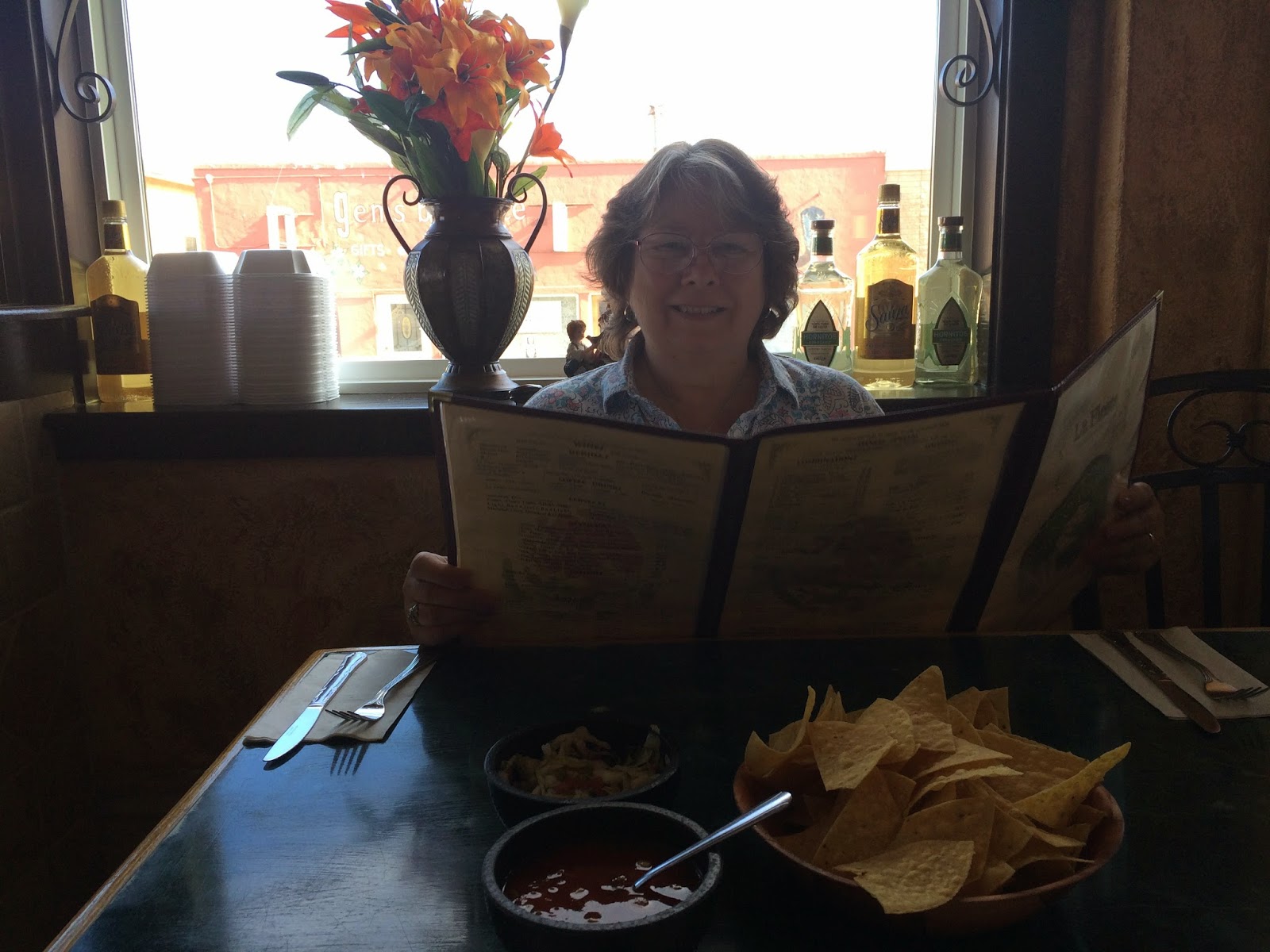 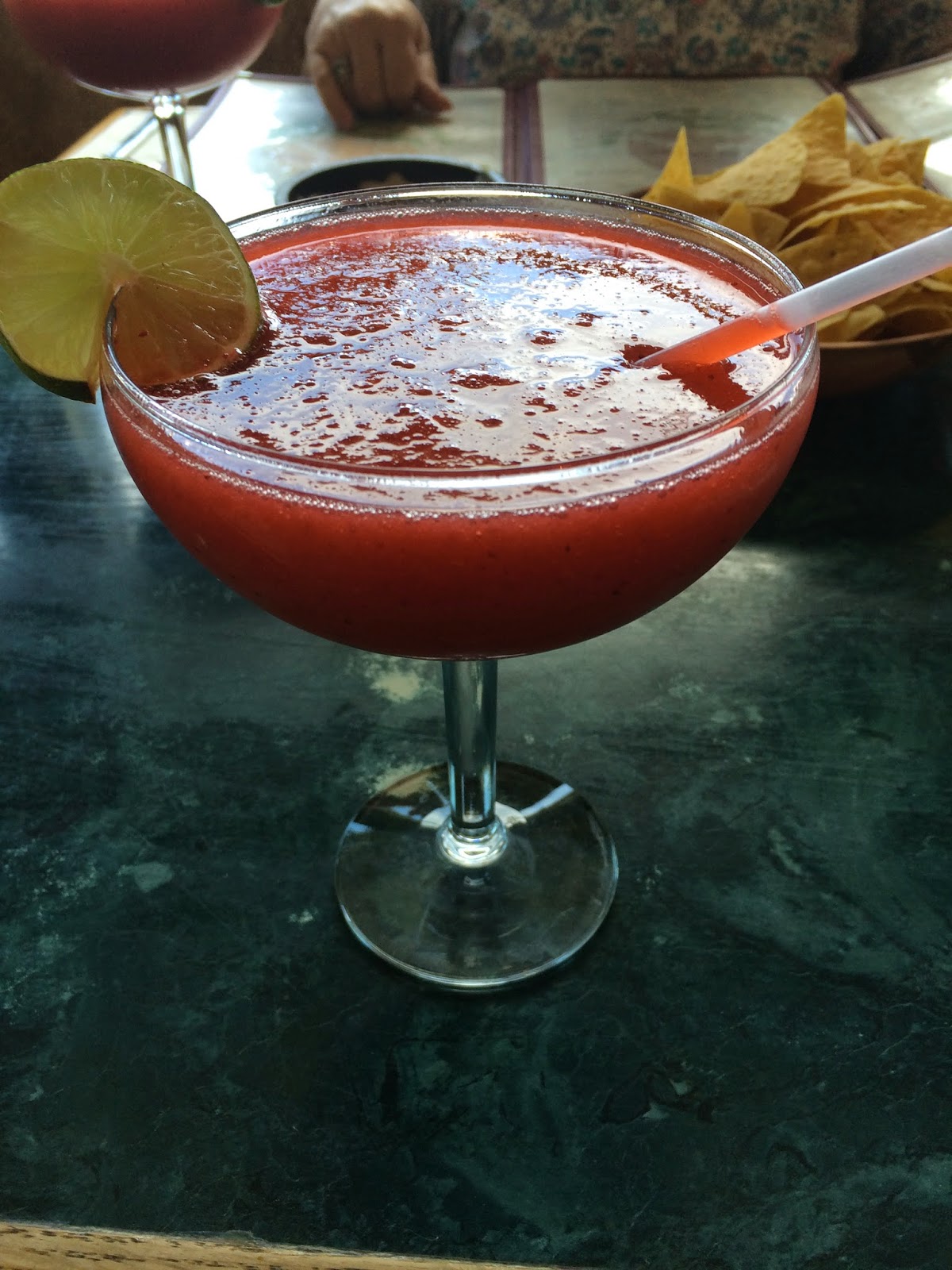 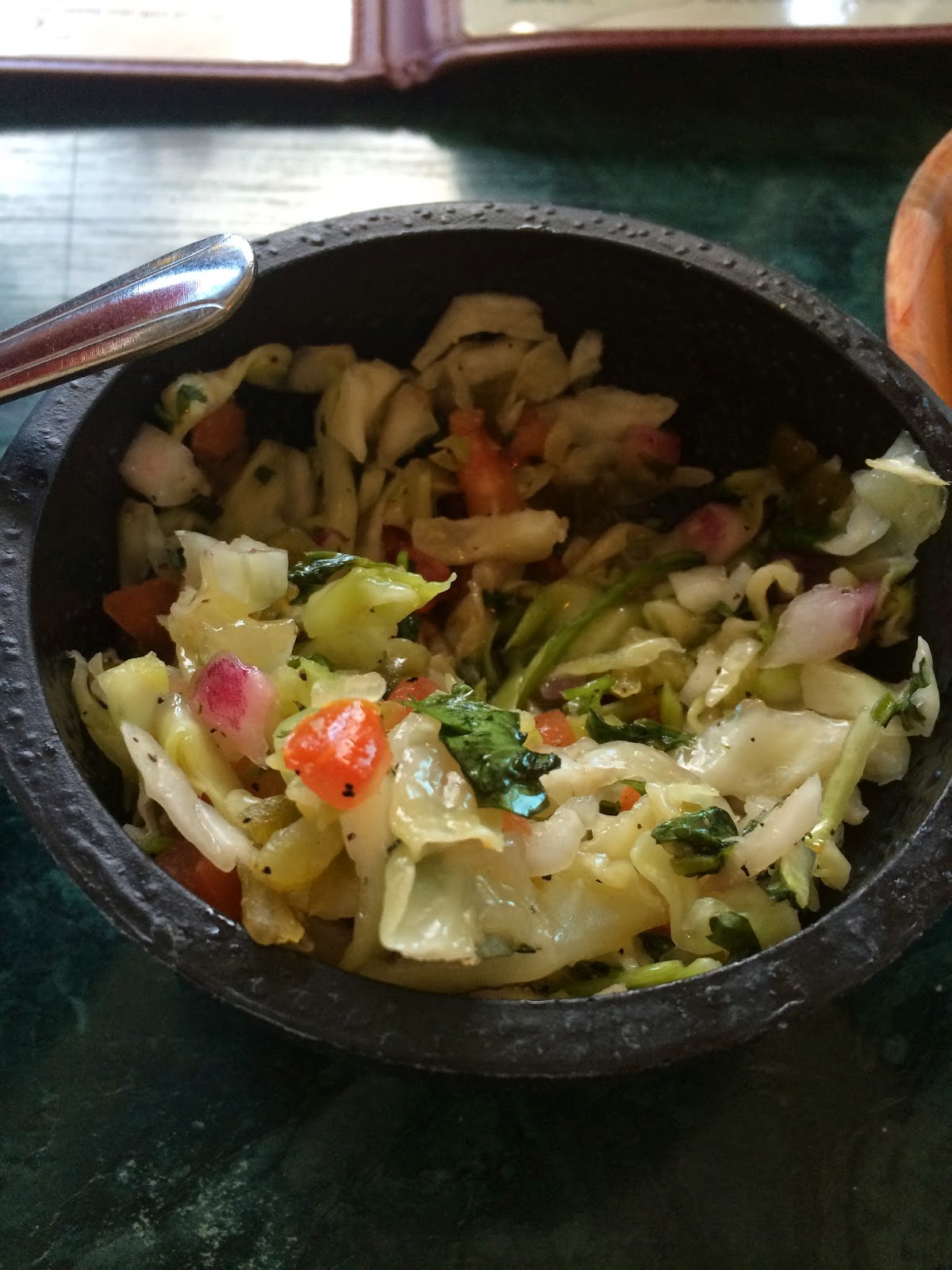 The cabbage and salsa were kick ass. Sadly my taco salad was kind of blah. The meat was like too wet. Weird. I think I'm spoiled here in little Mexico. (and no I did not eat that huge blob of sour cream, just a little bit of it) 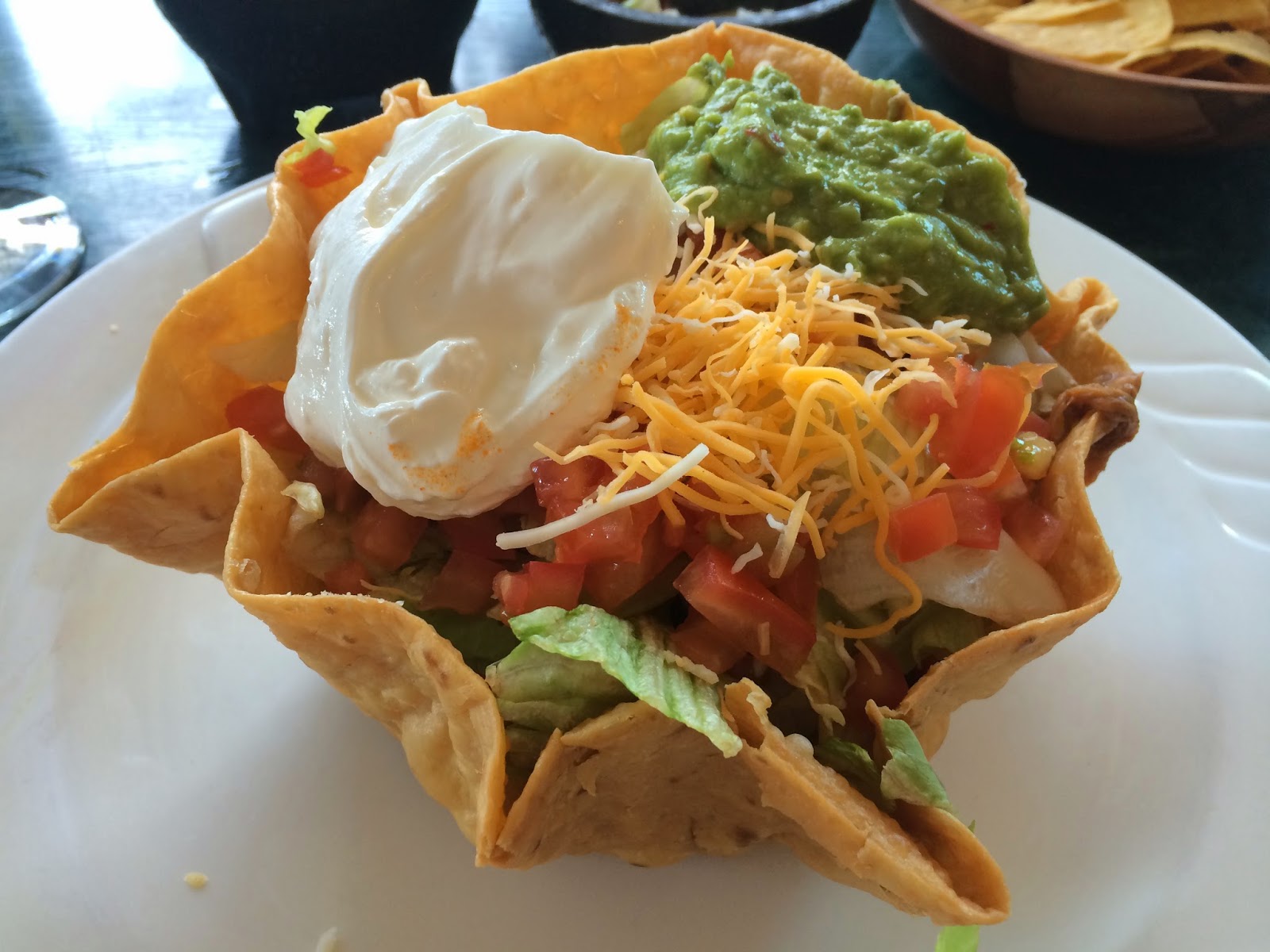 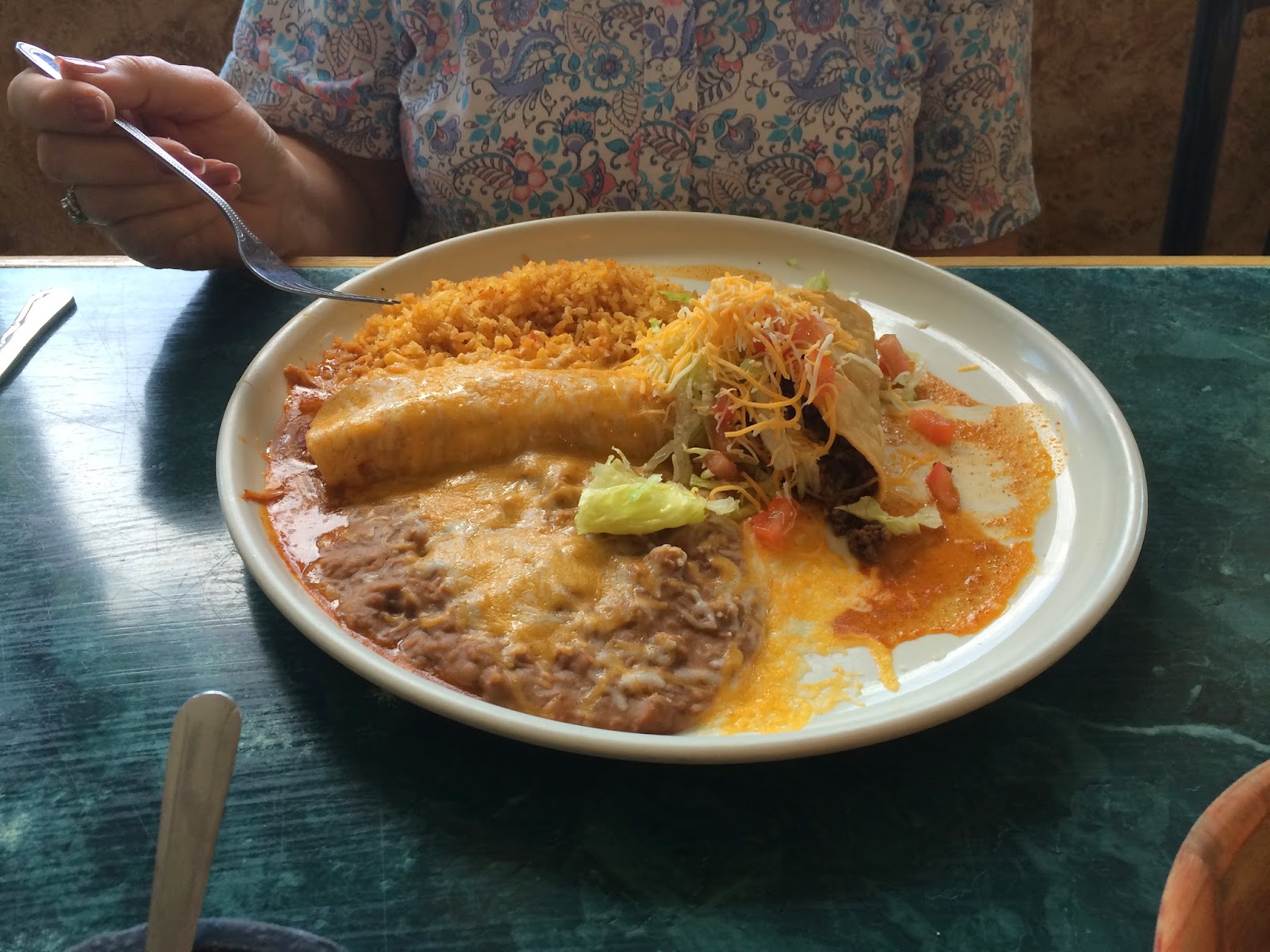 Afterwards we drove to Reno and went to check into Atlantis where I had booked us a room. BUT. BUT but but I had no reservation for that night! I had accidentally booked it for the NEXT night. I may have done some f'me comments until I regrouped and got a list of the THREE places left in town that had rooms.

Instead of staying in a super nice room we ended up in the this place, which wasn't really all that bad. It just had freaking scary ass HUGE windows. Really? Kind of scary. The room itself was nice enough, just not what I was wanting. 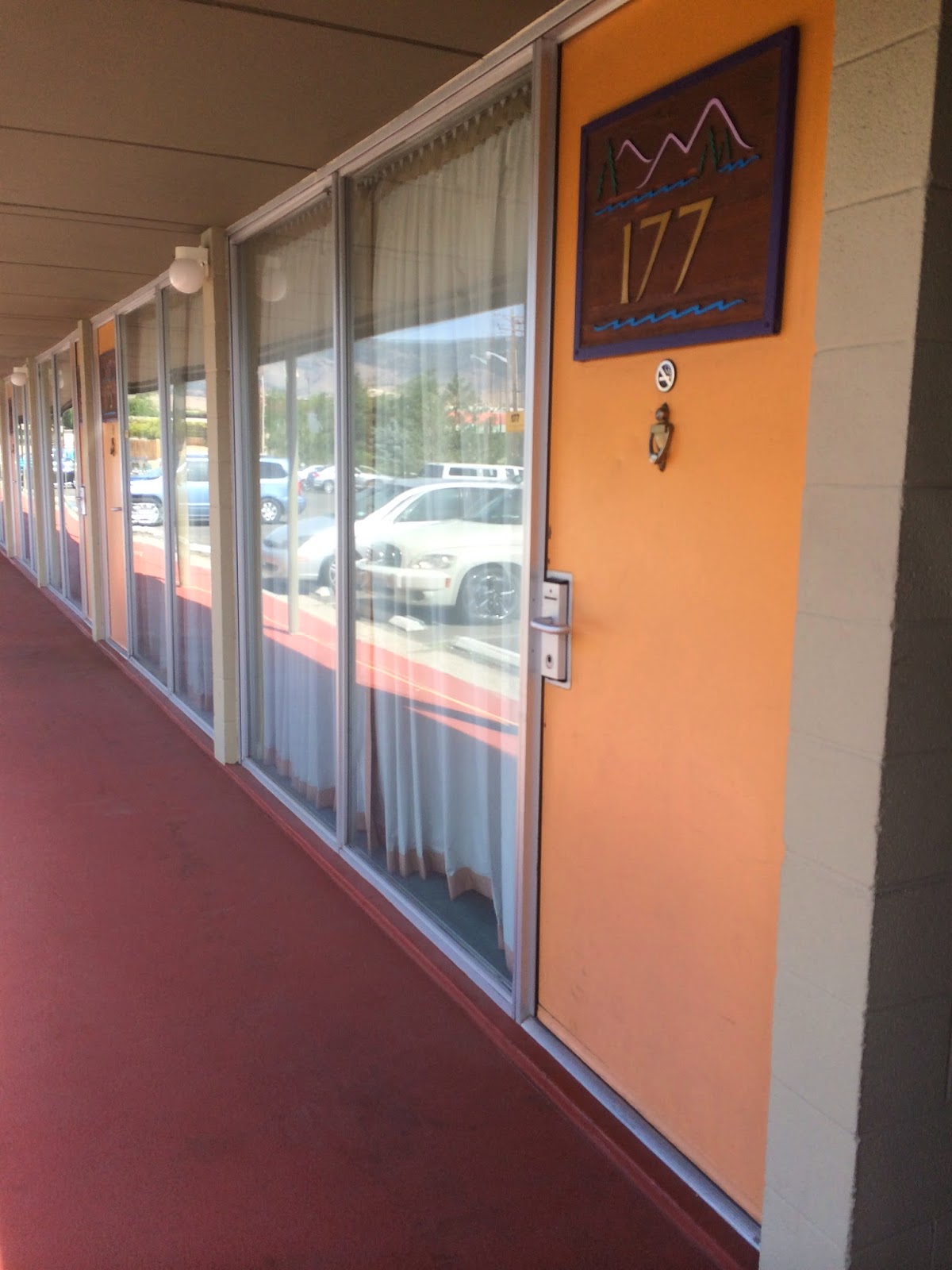 I got out my Kindle to show my mom the movie Tiny about a guy that builds a Tiny house (we watched it on Netflix). We read a book about a gal that built a tiny house awhile back so I knew she would enjoy it. I made it through about half the movie before passing out. Good thing I had already watched it.

That was a LONG day. Talk about exhausted (not to mention totally bummed about the hotel).

Wow you packed a lot into your day. Bugger about the motel room ... wonder how you managed to do book the wrong night!
I love looking at old photos. My Mum left all hers here in my house when she moved to Australia.

That drink looked good - after that long day I would have had several.
:-)

Still laughing at your comment"that was the view pretty much the whole way" ha!