One of the girls I run with sometimes, Heather, was wanting to do a race sometime so the other day I shared with her the Bear Creek trail run that was coming up this weekend. Next thing I knew I was signed up to go and run on Saturday. 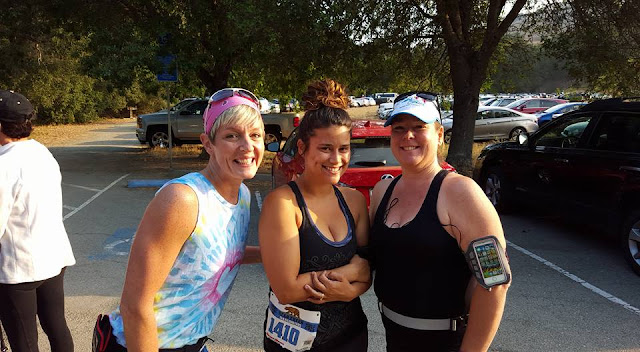 This was a Brazen Racing run which is ALWAYS difficult when it's a trail run. This one was no exception.

The race was held at Briones Regional Park in Martinez, which if you asked me where Martinez was I'd give you a shoulder shrug. I was thinking, oh it's a trail run, it will be pretty. Honestly though? It was kind of ugly. It's summer, and it's hot. The "creek" (dry) was in the last mile or so. The whole race was pretty much uphill, on the dead fire break road, surrounded by dead grass. At the top of the run it would have been a great view but there are fires somewhere and all I could see was smoke.

The last 1 1/2 miles or so was pretty but there was poison oak EVERYWHERE and I was pretty much terrified that I was going to get it on me.

I probably walked 3/4 of the race and ran the flat and downhill parts. It was really, really hot and at one point I started to get the chills, which I knew pretty much meant I was going to be f&cked later. I'm so glad I took my fuel belt and water with me since there was only 2 aid stations, one at around 2 miles and one at 5 miles.  I made sure to drink at least a cup of their sports drink stuff each time and at the last one I used the sponge full of cold water they had all over my head to cool off (that felt pretty awesome). When the race was over I was downing water like crazy and drank a couple of the recovery drinks trying to keep that heat migraine away. Lucky for me it didn't show up for a couple of hours so I at least was laying on the couch in nap mode when it hit. 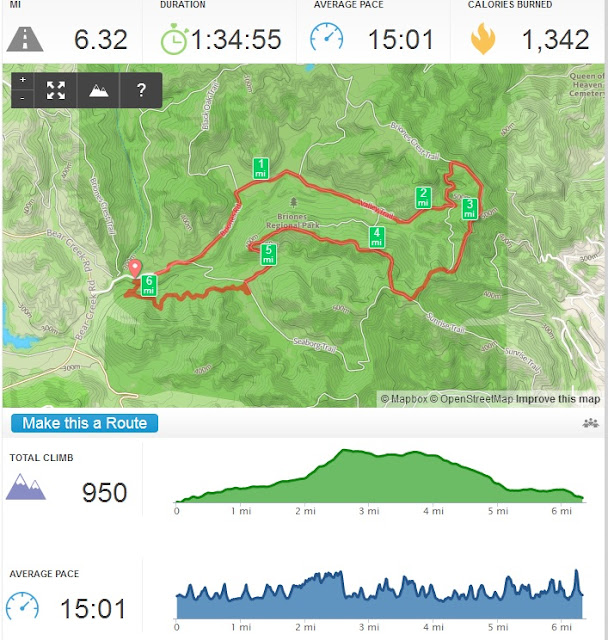 BUT with all that, I'm still glad I did the run. Nothing makes you more motivated to keep going than knowing that even though the conditions and your body weren't totally up to something, you made it through to the end!
I actually didn't take ANY pictures because one of the girls I went with was taking a bunch. so far she's only posted a couple on Facebook so I can steal those ;) Her and the other girl that went with us ran together and  I hung back from them because I knew they were quite a bit faster than me and I wasn't up for the pressure of trying to keep up. 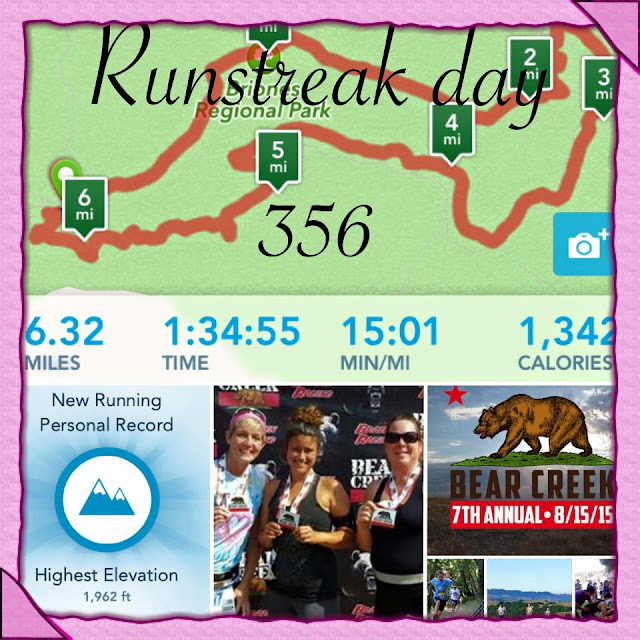 They didn't have too many photographers along the course so we'll see if any pictures of my show up on their site. I love that they have free pictures :) I'm sure I looked like death in them though!

OMG I've had the most horrible time trying to get your page to load, and then to allow me to leave a comment! I had to open your page in 5 separate windows to finally get one to let me leave a comment. So... ya for going for a run, even though it was too bloody hot! Jessica looks so grown up, and of course Trevor is HUGE now compared to when I first started reading your blog. Him and Griffin are both big boys... lovely kids too eh?