So it's been raining here quite a bit lately. I signed up for the Badger Cove 10k run out at Del Valle awhile back so I was like ehhh if it's raining when I get there I'll just downgrade to the 5k. It wasn't raining so I stuck with the 10k, along with everyone else that I carpooled with.

Isn't my shirt cute? I got it at Target. 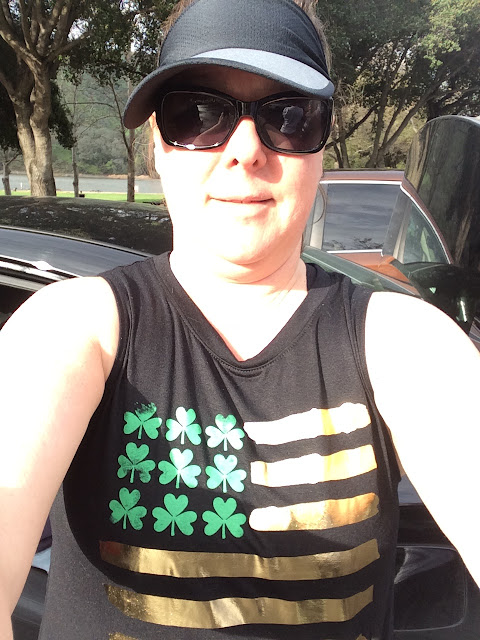 About ten minutes into the course I was regretting that decision. Holy freaking mud. I was like what the hell am I doing? I am not this hard core. Slipping, sliding, trying not to fall for six and a half miles. I pretty much walked most of the "run".

I stole this picture from someone. That "stream" was the trail haha. I actually saw quite a few people running through the stream. All I could think is that they must have really good health insurance ;) 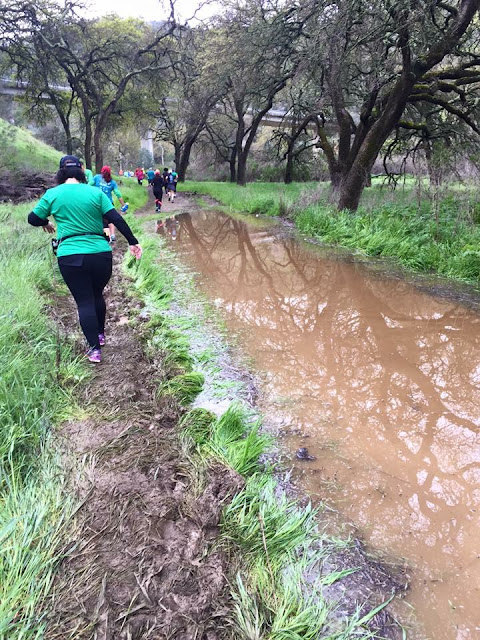 The first part of the run is the flatter part and then once you get to where the 5k is almost done you go UP UP UP the hill. The part that wasn't mud was pretty. 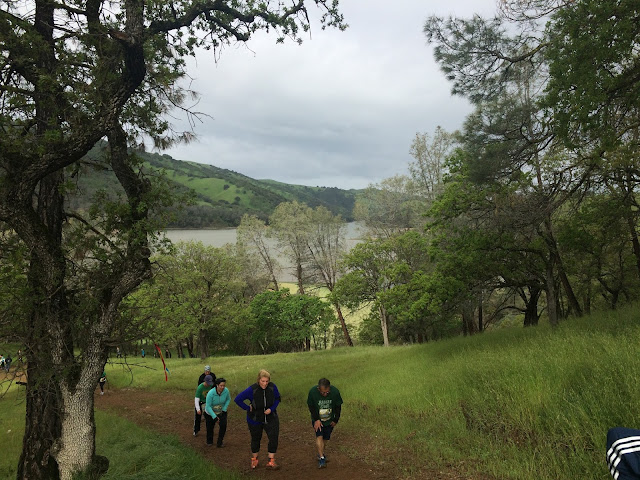 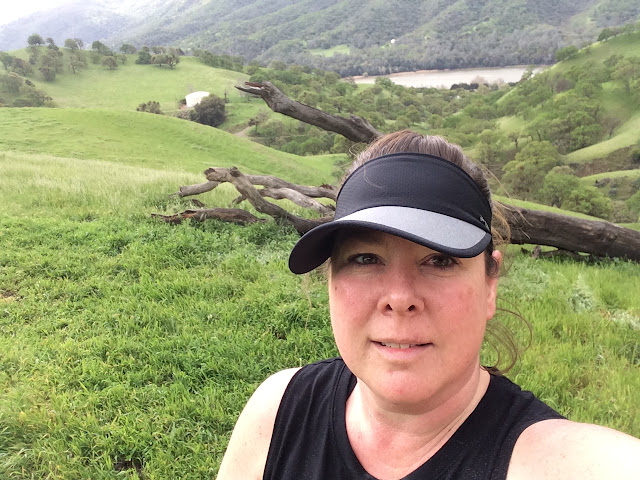 I was taking a picture of the cows that just look like ants in this picture... 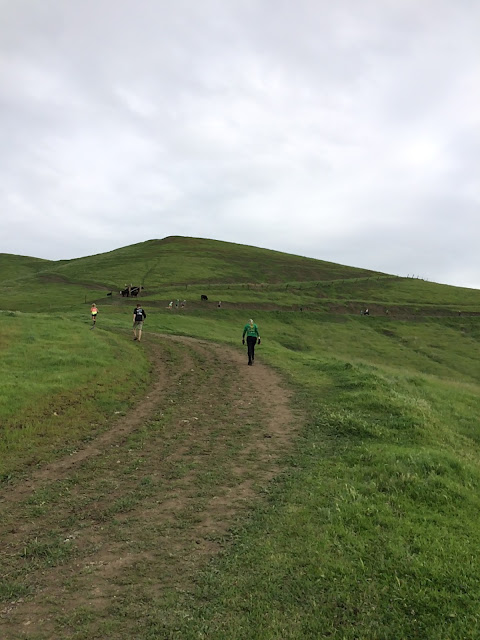 This is what most of the run looked like 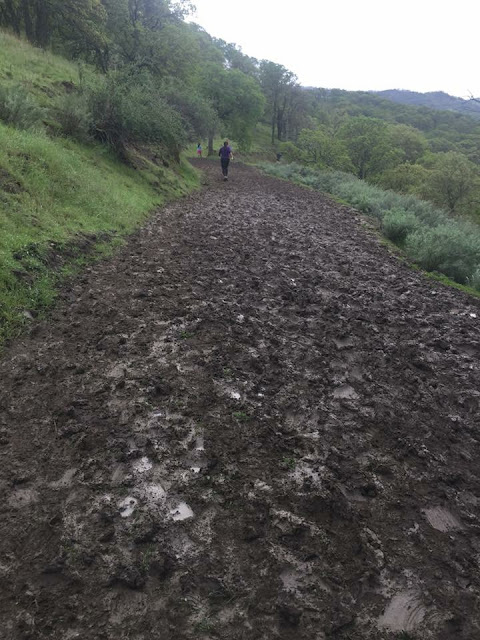 That was not dry. WET and sucking your shoes while you slid around. 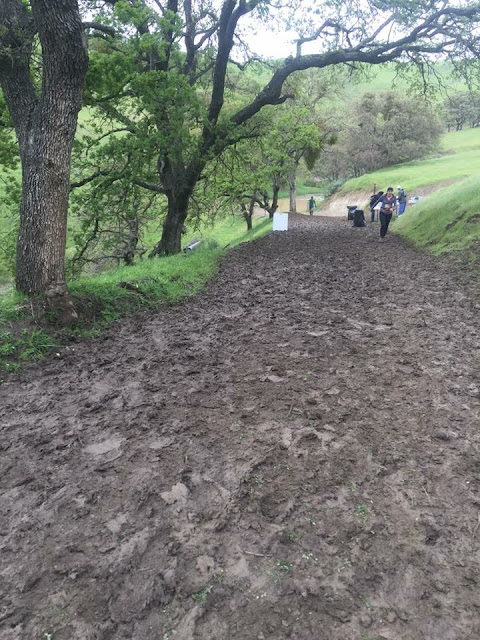 I was so paranoid of falling. Eventually I DID fall. It didn't hurt (at the time) and after that I was thinking I wish I had done that earlier to get it over with!

There was two points in the race where I really debated "cutting it short". That 5k split and then the spot right before I fell where it split off from "going up hill" and "going back toward the finish". I literally stood there for a minute and debated. Then I fell on my ass. Karma sure wasn't very nice to me for taking the long route.

I remember at one point I was thinking that a Big Mac sure sounded good. I don't even eat McDonald's anymore so I don't know where that came from. Then I started thinking of the It's Its that they always have at the finish and told myself if I made it through without giving or dying I could go off my no flour and no sweets for one of those. That thing tasted so damn good when I was done! 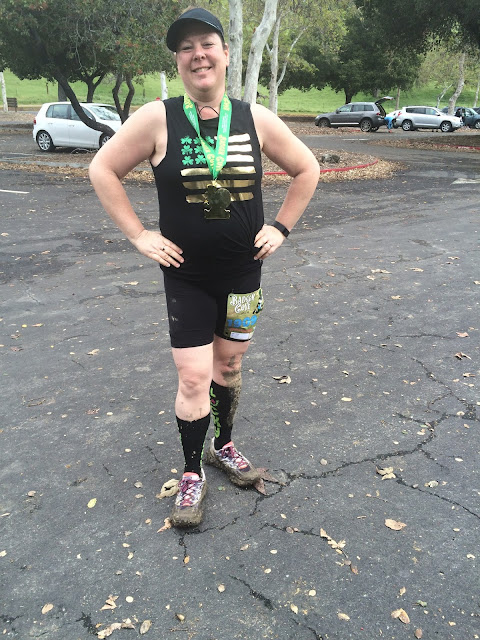 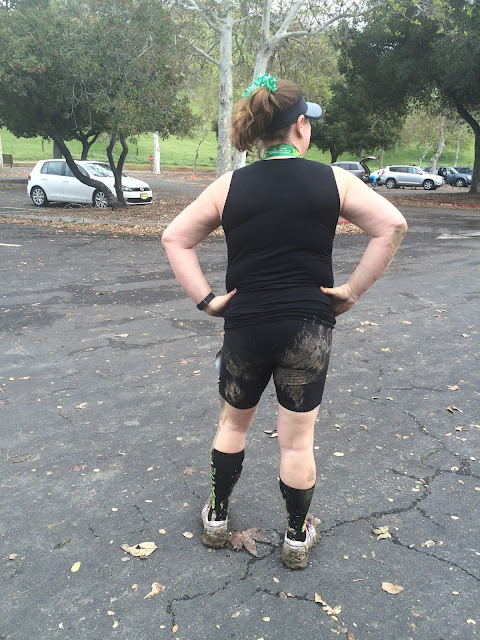 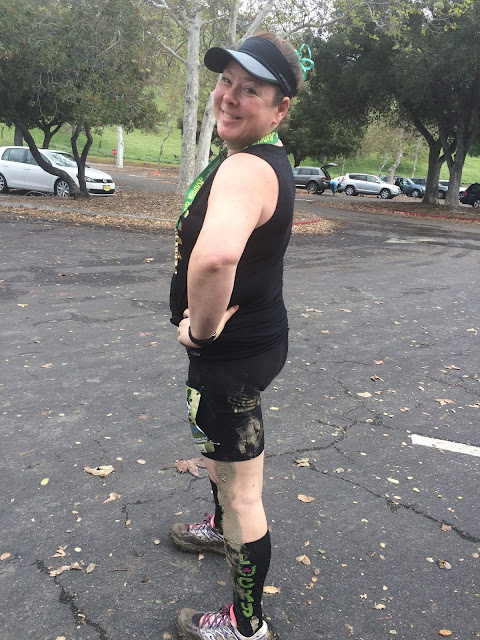 I should probably wash my shoes, they are still in a plastic bag. 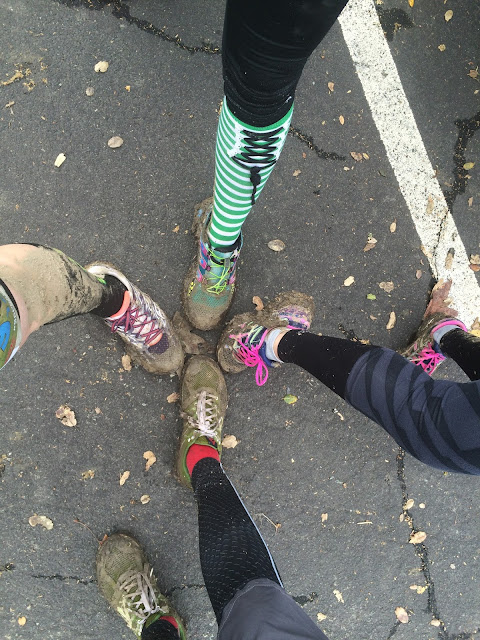 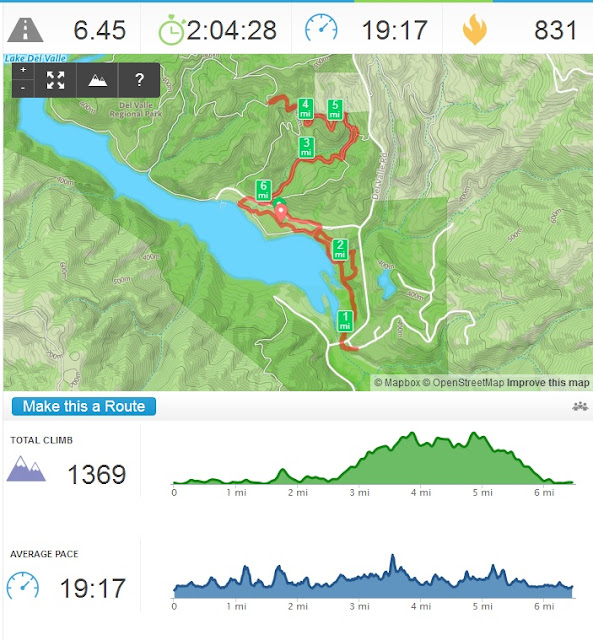 Today my upper right arm really hurts. My neck, butt and legs don't feel much better. Self torture... My friend Heather took a bunch of pictures but she hasn't posted them. She dropped her phone in the mud right before we left. It was still working at that point but I'm wondering if the mud killed it. If not I'll share the pictures once she posts them.

I bet after awhile the mud all over you is no big deal.
You could have wrestled with the other women and made some money on that video. :-)