February 6th we had a Mardi Gras Party at the clubhouse. It was a fund raiser for the soon to happen car show but the Entertainment Committee helped a bit with the planning and decoration. (Looking back I see I posted a little bit about this but here's more lol) 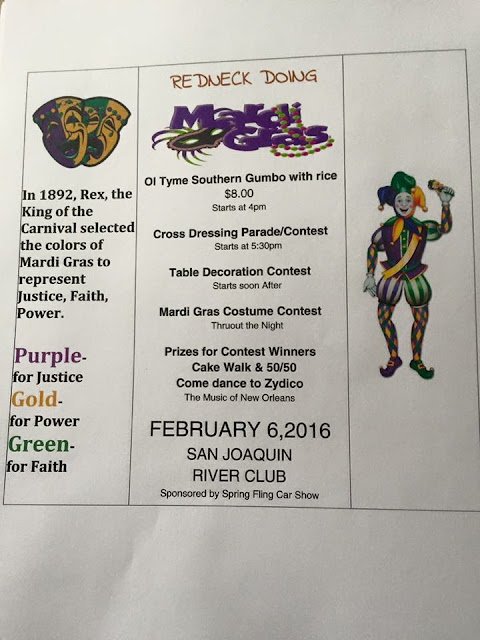 It was a lot of fun but I think they had it start too early. Originally they thought it would be cold and dreary since it's early February but it actually turned out to be a beautiful day. 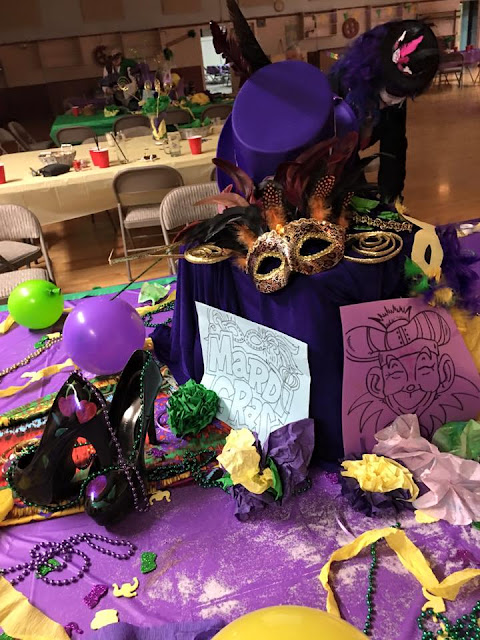 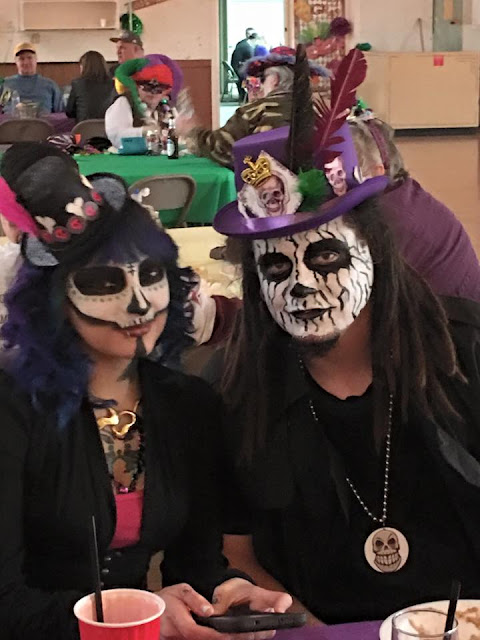 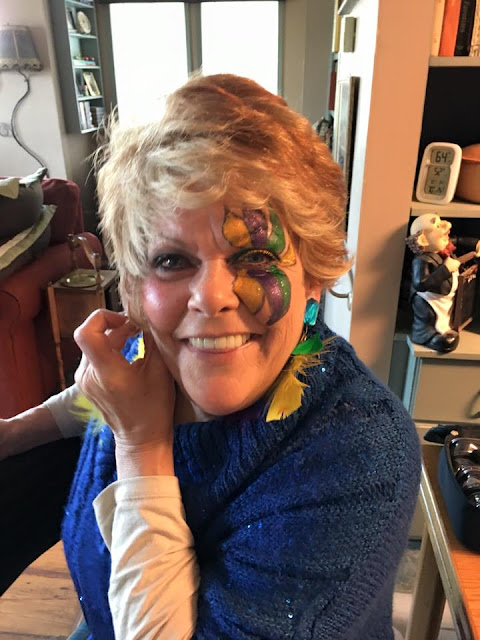 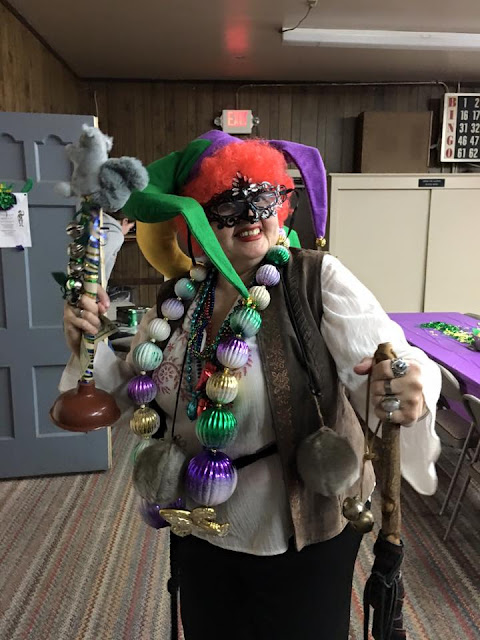 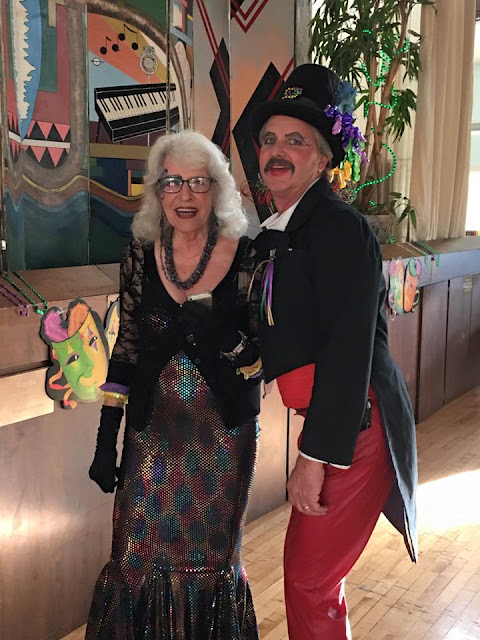 Friend Sheila and her hubby 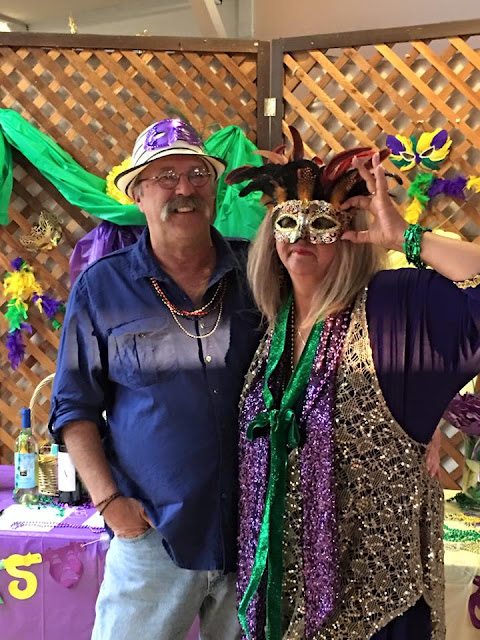 Sandy who was in charge 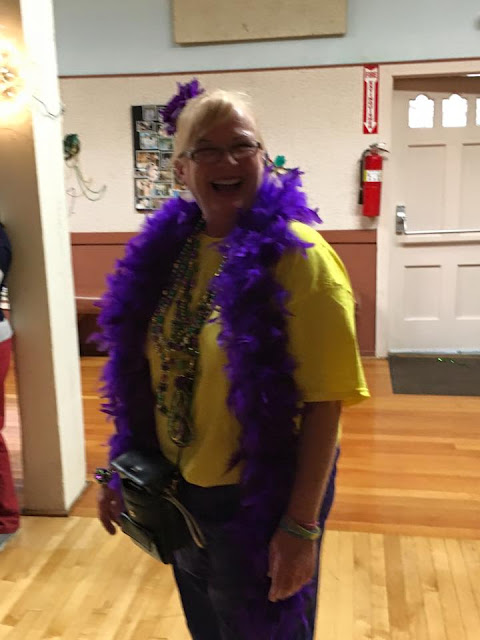 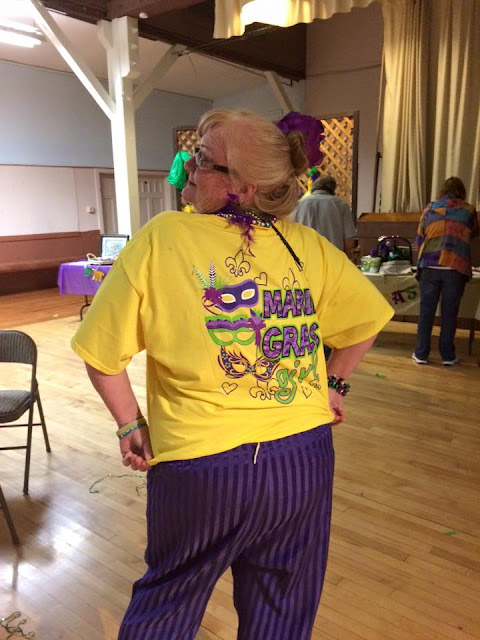 Traci, Tom and his mom 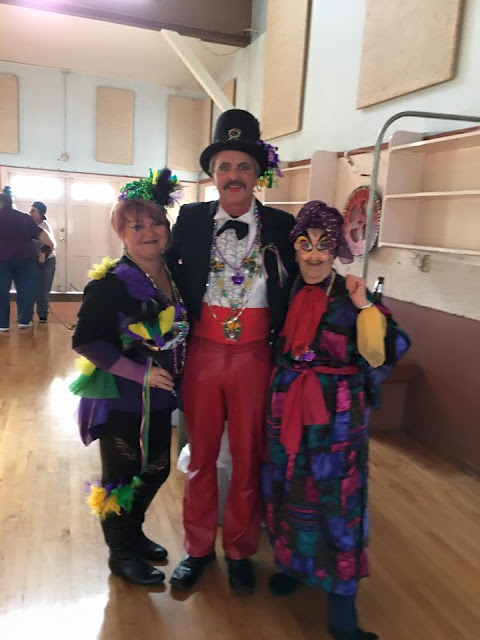 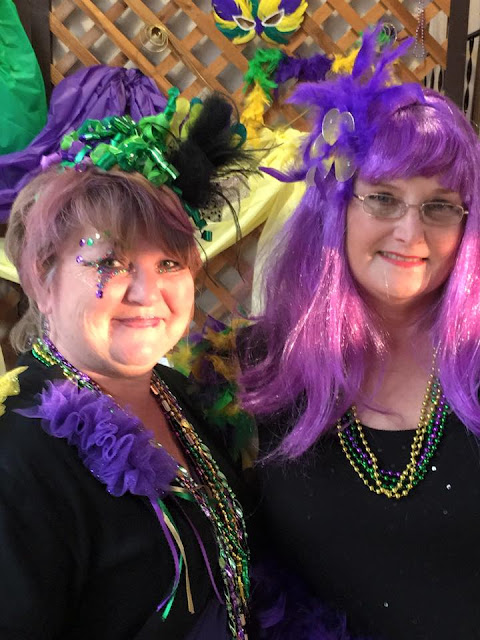 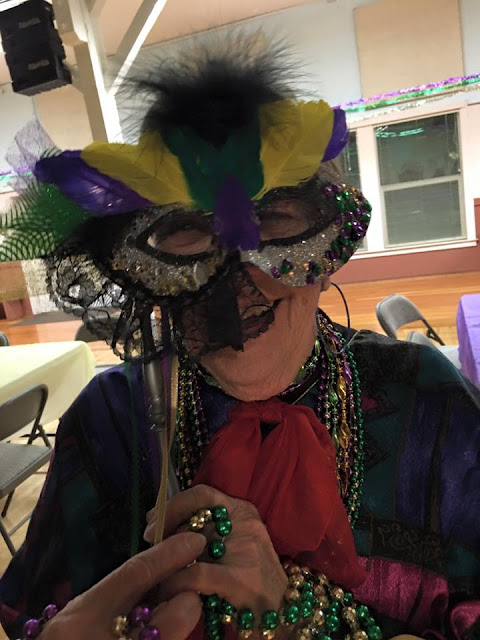 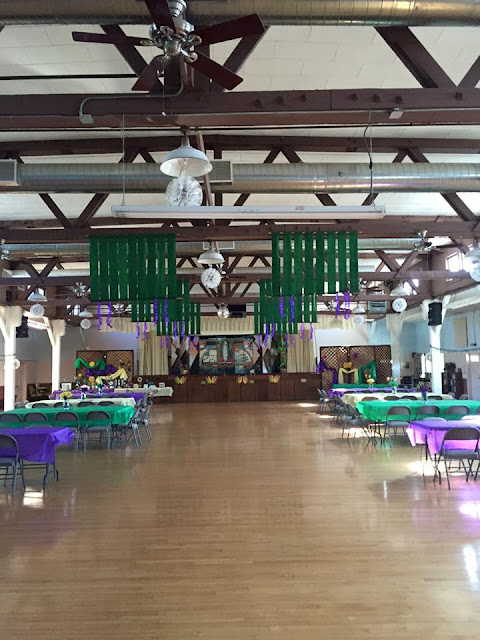 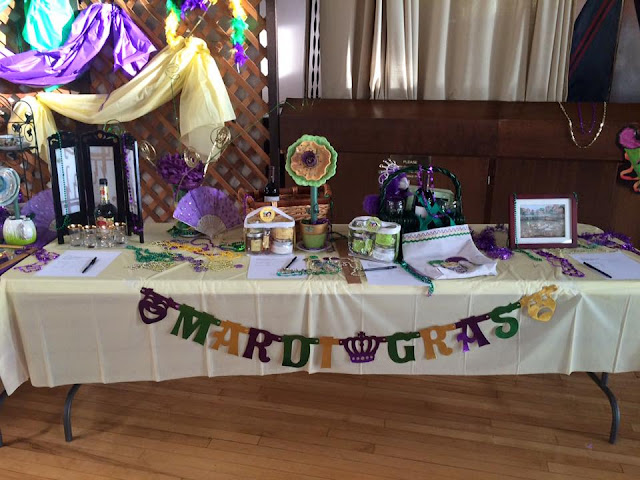 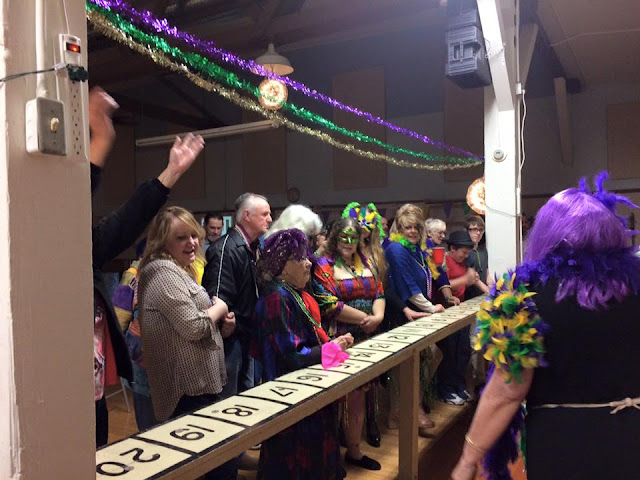 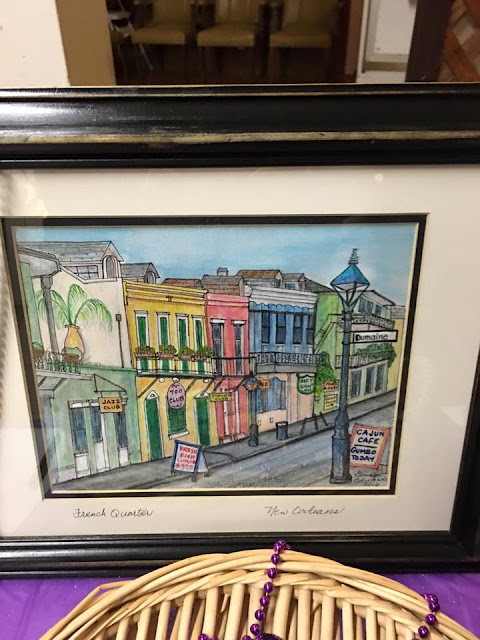 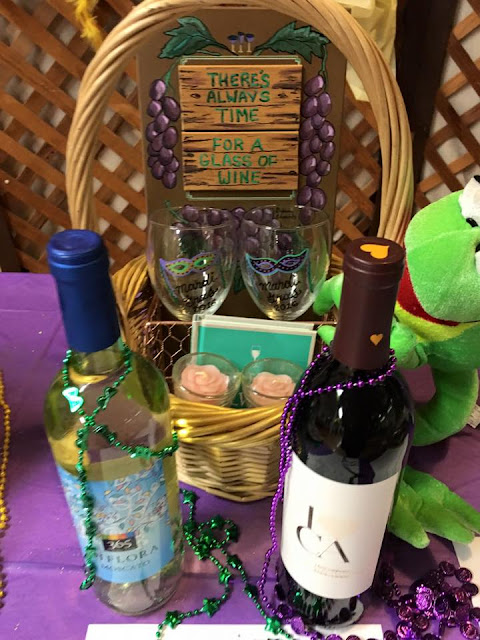 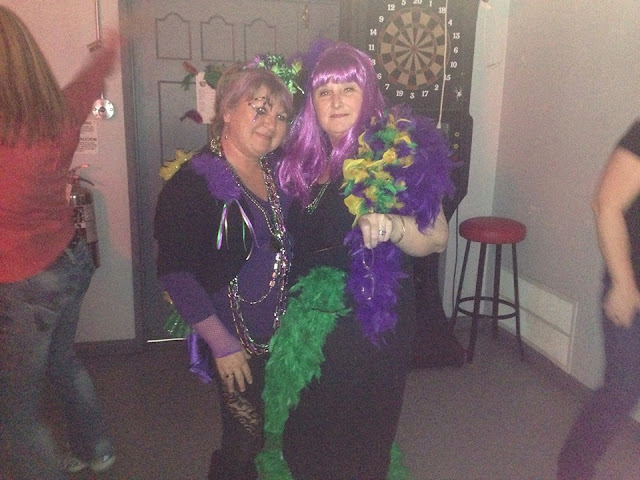 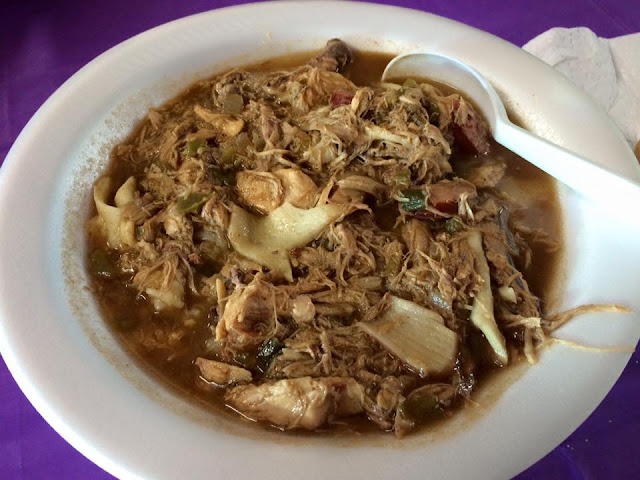 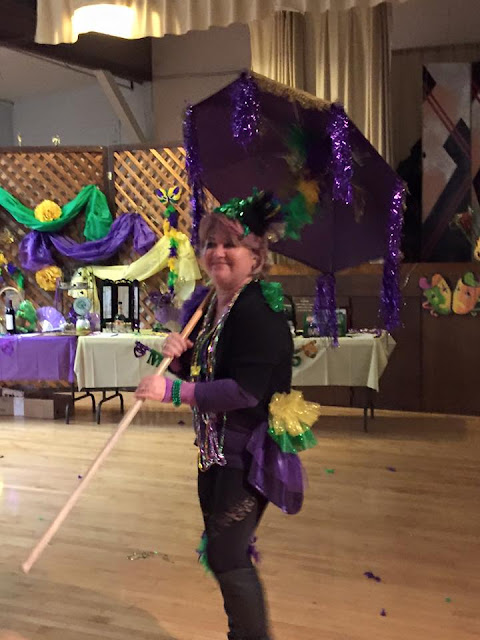 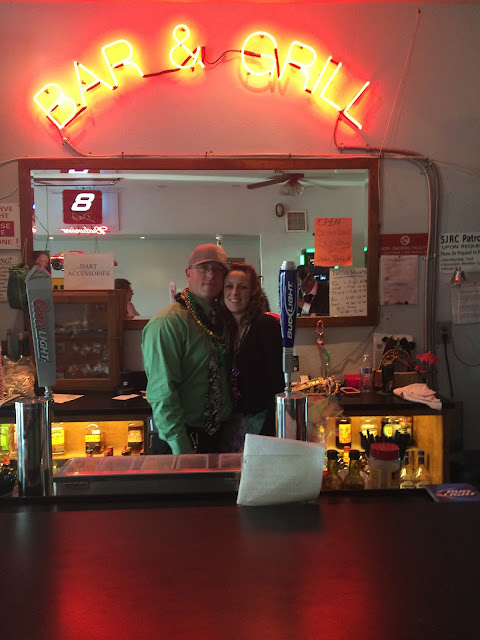 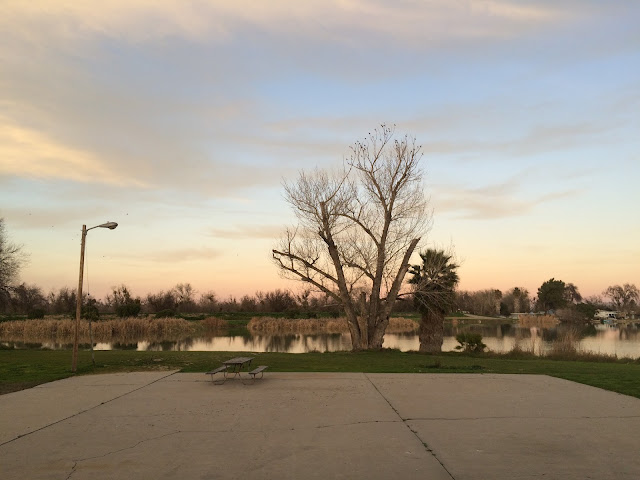 Me and my hat that you can't really see. I spent about an hour decorating it lol 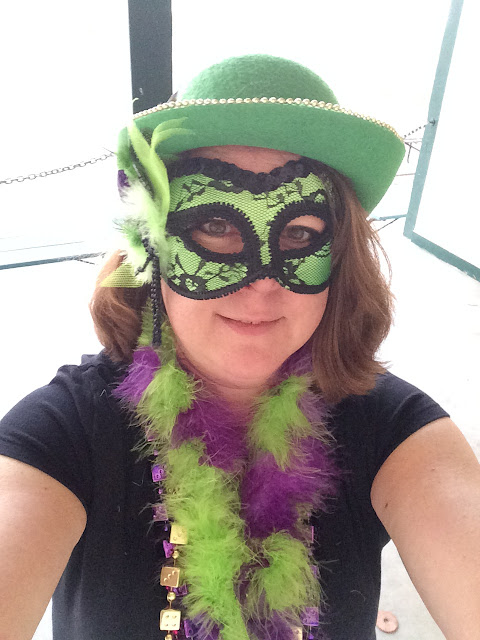 Winner of the "cross dressers" lol 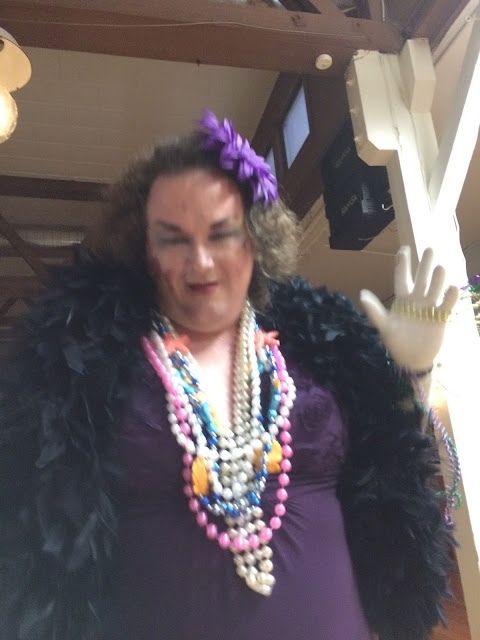 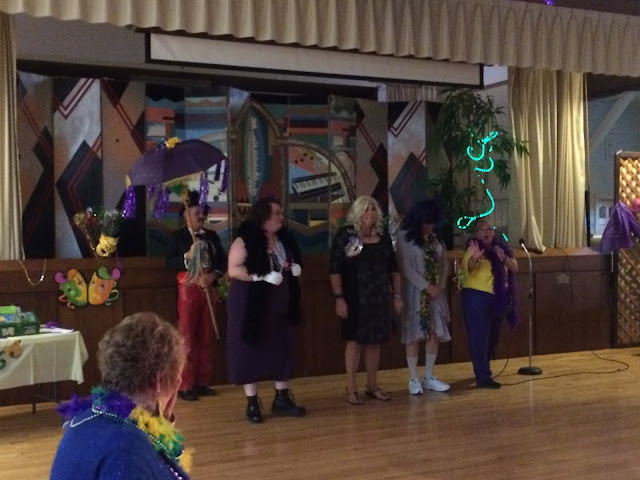 Hanging out at the cake booth (didn't win any lol) 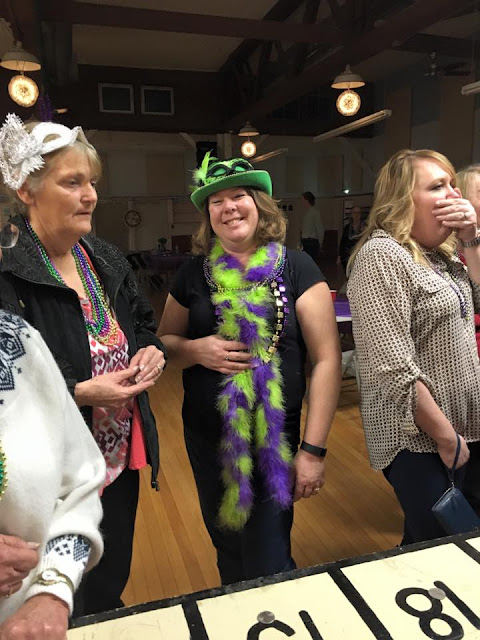