Well I survived Easter but just barely. I'm so sore and tired today. Still need to clean up the dishes in the kitchen and pick up outside. Brace yourself for picture overload
lol.

Easter started on Friday night with the egg stuffing party at the club house. 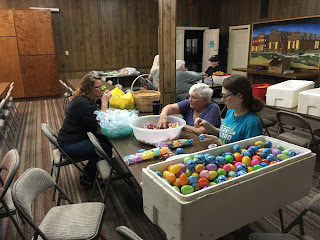 Saturday morning I was laying there thinking of all the stuff I had to do so I got up and just got to work in the yard. My little helpers.. Then I had to take a break and run to Costco to get nacho stuff for the kids for Easter day since that is what they always want. Trevor went with me and we picked up Robert to take him too. I had told my mom I would take him down to the egg hunt. So we did a super quick Costco run and then onto the egg hunt down at the campground. My friend Dee brought her 3 boys too. I can't post pictures of Robert face since he's technically in foster care :( 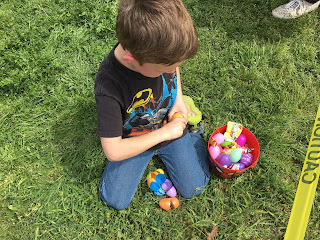 My friends granddaughter had a booth to get donations for the heart association, how nice was that! 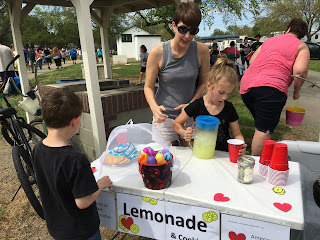 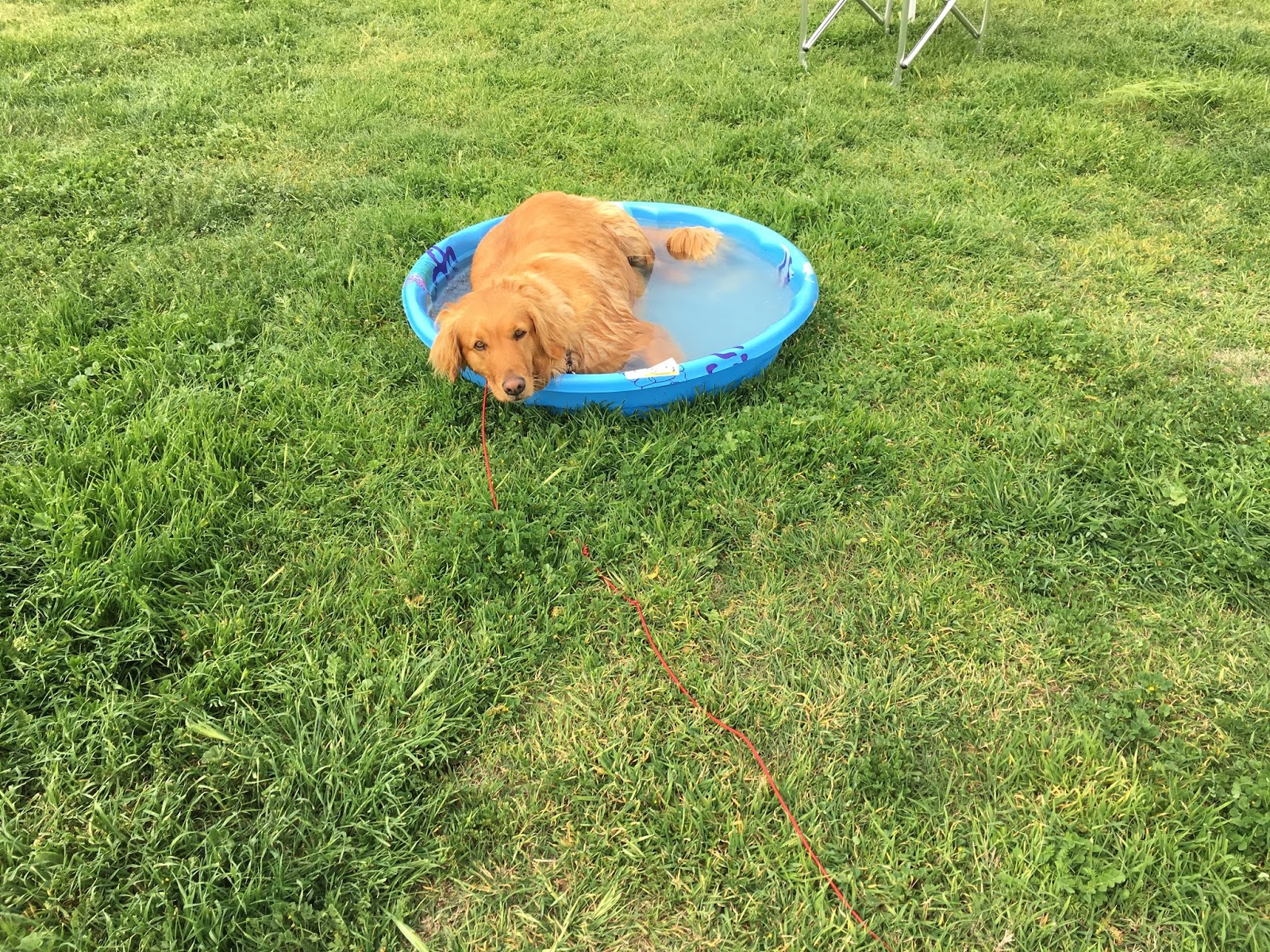 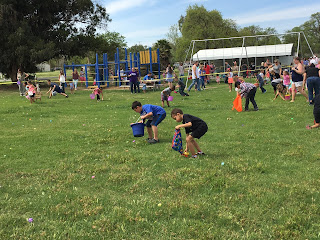 This dog was so cute chilling it it's pool while kids ran around. I've never had a dog that was chill like that lol. 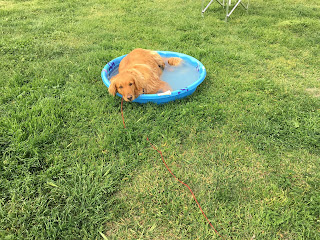 After the eggs I came back home to work on getting the ready for the party. I made potato salad, 3 little cakes and cupcakes. Why is it when I'm going to cut up the eggs they peel perfectly? 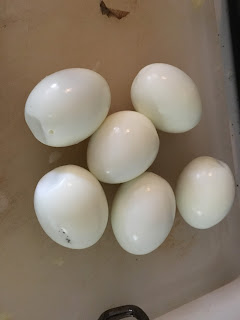 At around 10 Jess said she'd come over to dye eggs (melissa had to work til 9 so wasn't home til later too so we had midnight egg dying by the time we were done. 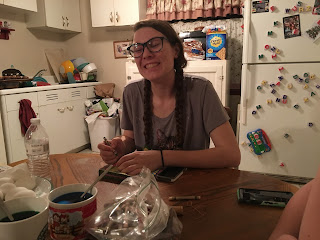 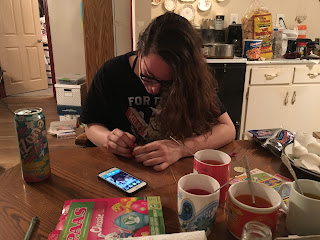 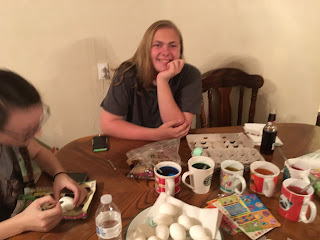 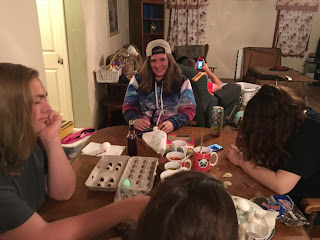 Rusty wondering wth we are doing up so late for lol 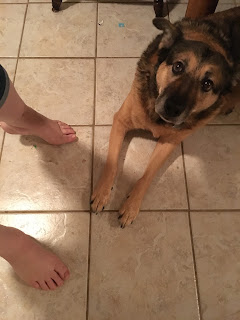 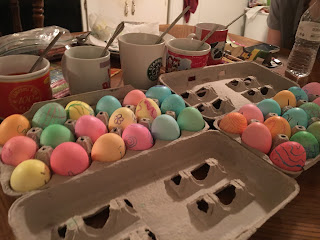 and I'll put the rest of Easter in another post since this one is so long already!
Pin It
Posted by Julie H at 10:27 AM

Wow!!! That’s a lot of activity! It’s so great to see everything is good with you! Someday I hope to get back to blogging…