Great Reading Weather We've Been Having 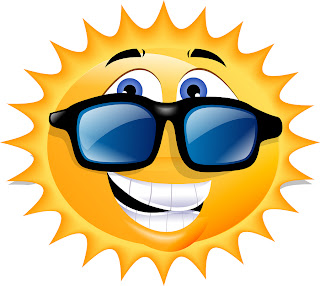 Has anyone seen the sun lately?
Can you send it this way?
I think we've had sunshine for a few hours twice in the last few weeks. It's making me kind of depressed! Although it has been good for getting a lot of books read. I have to pick a book for book club next month and I've been trying to find a good one.
The Summer House
by Nancy Thayer

(from Goodreads)
After years of wandering from whim to whim, thirty-year-old Charlotte Wheelwright seems to have at last found her niche. The free spirit enjoys running an organic gardening business on the island of Nantucket, thanks in large part to her spry grandmother Nona, who donated a portion of land on the family’s seaside compound to get Charlotte started. Though Charlotte’s skill with plants is bringing her success, cultivating something deeper with people–particularly her handsome neighbor Coop–might be more of a challenge.

Nona’s generosity to Charlotte, secretly her favorite grandchild, doesn’t sit well with the rest of the Wheelwright clan, however, as they worry that Charlotte may be positioning herself to inherit the entire estate. With summer upon them, everyone is making their annual pilgrimage to the homestead–some with hopes of thwarting Charlotte’s dreams, others in anticipation of Nona’s latest pronouncements at the annual family meeting, and still others with surprising news of their own. Charlotte’s mother, Helen, a Wheelwright by marriage, brings a heavy heart. She once set aside her own ambitions to fit in with the Wheelwrights, but now she must confront a betrayal that threatens both her sense of place and her sense of self.

As summer progresses, these three women–Charlotte, Nona, and Helen–come to terms with the decisions they have made. Revisiting the lives and loves that have crossed their paths and the possibilities of the roads not taken, they may just discover that what they’ve always sought was right in front of them all along.
I think this book is MAYBE book club worthy BUT, it's kind of slow. Nothing too exciting really happens. I kind of like picking something with a little bit more excitement.
The Neighbors Are Watching
by Debra Ginsberg

from Goodreads
Set against the backdrop of the deadly 2007 wildfires that forced the evacuation of half a million San Diego residents, Debra Ginsberg’s new novel, The Neighbors Are Watching, examines the dark side of suburbia—a place where everyone has something to hide.

Aside from their annual block party, the neighbors on Fuller Court tend to keep to themselves—which doesn’t mean that they aren’t all watching and judging each other on the sly. So when pregnant teenager Diana Jones shows up, literally, on her biological father's doorstep, the neighbors can't stop talking. Joe Montana is a handsome restaurant manager who failed to tell his wife Allison that he fathered a baby with an ex-girlfriend seventeen years ago. Allison, already harboring her own inner resentments, takes the news very badly. She isn’t the only one. Diana's bombshell arrival in their quiet cul-de-sac sets off a chain reaction of secrets and lies that threaten to engulf the neighborhood along with the approaching flames from two huge wildfires fanned by the Santa Ana winds.
A former reality TV contestant who receives a steady stream of gentlemen callers at all hours, two women forced to hide their relationship in order to keep custody of their children, a sanctimonious housewife with a very checkered past, and a family who nobody ever sees—these are just a few of the warring neighbors struggling to keep up appearances and protect their own interests. But when lovely, troubled Diana disappears in the aftermath of the wildfire evacuation, leaving her newborn baby and many unanswered questions behind, the residents of Fuller Court must band together to find her before all of their carefully constructed deceptions come unraveled.

A potent blend of domestic drama and suspense, The Neighbors Are Watching reveals the secrets that bloom alongside manicured flowerbeds—and the truths that lurk behind closed doors.
This is MAYBE the book I'm going to pick. BUT there's a lot about the lesbians lovers that live next door (nothing graphic just relationship stuff). Not sure I want to pick that.
Say Goodbye
by Lisa Gardner

from Goodreads
Lisa Gardner, the New York Times bestselling author of Hide and Gone,draws us into the venomous mind games of her most terrifying killer yet.

For Kimberly Quincy, FBI Special Agent, it all starts with a pregnant hooker. The story Delilah Rose tells Kimberly about her johns is too horrifying to be true—but prostitutes are disappearing, one by one, with no explanation, and no one but Kimberly seems to care.

As a member of the Evidence Response Team, dead hookers aren’t exactly Kimberly’s specialty. The young agent is five months pregnant—she has other things to worry about than an alleged lunatic who uses spiders to do his dirty work. But Kimberly’s own mother and sister were victims of a serial killer. And now, without any bodies and with precious few clues, it’s all too clear that a serial killer has found the key to the perfect murder . . . or Kimberly is chasing a crime that never happened.

Kimberly’s caught in a web more lethal than any spider’s, and the more she fights for answers, the more tightly she’s trapped. What she doesn’t know is that she’s close—too close—to a psychopath who makes women’s nightmares come alive, and if he has his twisted way, it won’t be long before it’s time for Kimberly to . . .
Oh my gosh can this woman write!! I listened to this on my iPhone (got the audio book from the library and downloaded it).  I was GLUED to my phone. GLUED. It was sooo good. BUT the main story is about boys being kidnapped and raped by men. Soo thinking that's probably not a good book club book.
I'm currently reading
The Wednesday Sisters
by Meg Waite Clayton

from Goodreads
Friendship, loyalty, and love lie at the heart of Meg Waite Clayton’s beautifully written, poignant, and sweeping novel of five women who, over the course of four decades, come to redefine what it means to be family.

For thirty-five years, Frankie, Linda, Kath, Brett, and Ally have met every Wednesday at the park near their homes in Palo Alto, California. Defined when they first meet by what their husbands do, the young homemakers and mothers are far removed from the Summer of Love that has enveloped most of the Bay Area in 1967. These “Wednesday Sisters” seem to have little in common: Frankie is a timid transplant from Chicago, brutally blunt Linda is a remarkable athlete, Kath is a Kentucky debutante, quiet Ally has a secret, and quirky, ultra-intelligent Brett wears little white gloves with her miniskirts. But they are bonded by a shared love of both literature–Fitzgerald, Eliot, Austen, du Maurier, Plath, and Dickens–and the Miss America Pageant, which they watch together every year.

As the years roll on and their children grow, the quintet forms a writers circle to express their hopes and dreams through poems, stories, and, eventually, books. Along the way, they experience history in the making: Vietnam, the race for the moon, and a women’s movement that challenges everything they have ever thought about themselves, while at the same time supporting one another through changes in their personal lives brought on by infidelity, longing, illness, failure, and success.

Humorous and moving, The Wednesday Sisters is a literary feast for book lovers that earns a place among those popular works that honor the joyful, mysterious, unbreakable bonds between friends.
I'm thinking this one just might work. I'm a little over half way through. It's a pretty short book and has a lot of characters that we can discuss.
What are you reading? I've been filling up my "holds" list on the library website. Hopefully they don't all come in at once!
Pin It
Posted by Julie H at 5:46 PM

You have listed some interesting books there, I like the sound of the one by Lisa Gardner the most.
What am I reading now? blogs. pure and simple.
I have no time for books right now...too busy being out in the sun! lol
OH SO SORRY... can't ship any sunshine to you. You will just have to wait until YOUR summer eh?