Well not long after I finished my last post and sat down with my yummy dinner I got a call from my mother in law. She said that they had just took my father in law to the hospital in an ambulance.

Scott went and picked up his mom since he was still on his way home and Jess and I went in my car to the hospital. I think everyone and their brother was in the waiting room.

It didn't take long for Scott to come and out and he said his dad was feeling better and was cracking jokes. Apparently he had been feeling really dizzy after picking up leaves outside, doing his hip exercises AND forgot to take a pill earlier in the day. He had told my mother in law that he thought he was going to die and to tell all the kids he loved them. Not an exact quote but that was the jest of it. She answered by calling 911. They gave him some oxygen in the ambulance and he said he felt so much better after that. They ran a couple tests and everything looked fine so they sent him home.

So we got a visit with the in laws in this week!

Back to Thursday night's dinner!

I made this Brown Sugar and Balsamic Glazed Pork. It's a crock pot recipe, except for the glaze which only took a couple minutes. I wasn't sure if I was supposed to shred it or not before I put the glaze on. It didn't say to so I didn't. It turned out pretty good, but I have to say I thought the left overs I had for lunch tasted even better. Weird how that works sometimes. So, super easy and pretty tasty (I think it needs more salt though). 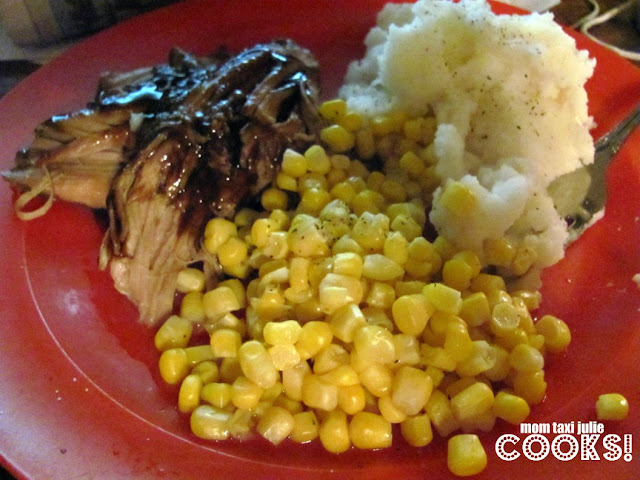 Friday night I had to take Trevor to buy some new shoes. He had a quarter size hole in the bottom of his shoe. He likes the generic vans from Payless Shoe Source so we headed over there to pick up a pair. The one we went to was closing and had a whopping 20% off everything in the store. I'm pretty sure some of the prices were jacked up too. Since when are a pair of flats at that store $30? But they had his shoes and we got two pairs. Melissa found a pair of shoes she wanted to and we got out of there right around $50 for three pairs of shoes for not bad.  Now the boy will grow over night and none of them will fit haha.

After that we headed to Target to get some presents for birthday parties this weekend. We spent about half an hour in the Lego aisle making the agonizing decision on what to buy Trevor's friend. I told him he had to keep it around $15.  He finally settled for a set that came with some cards (he loves all things with cards) for around $20. See how that works? If I had told him $20 he would have settled on something that cost $25. 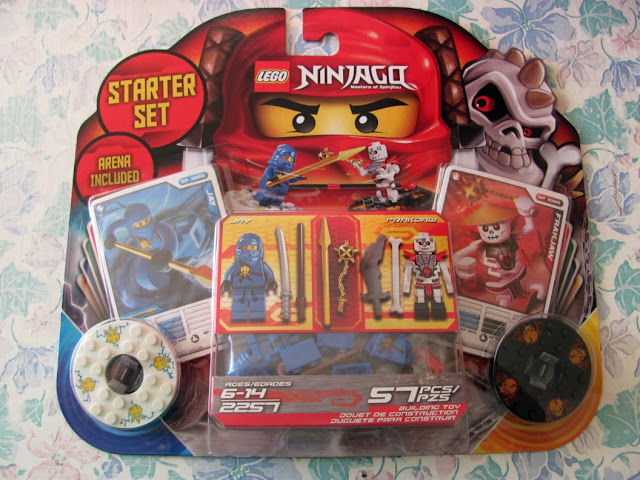 and I got these for the 1st birthday party I have to go to today. Something for mom and baby :) 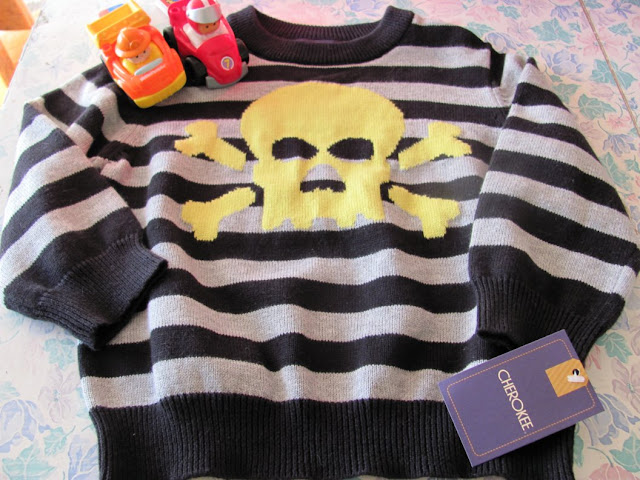 Then the kids and I went to dinner at a Chinese Food place they love. 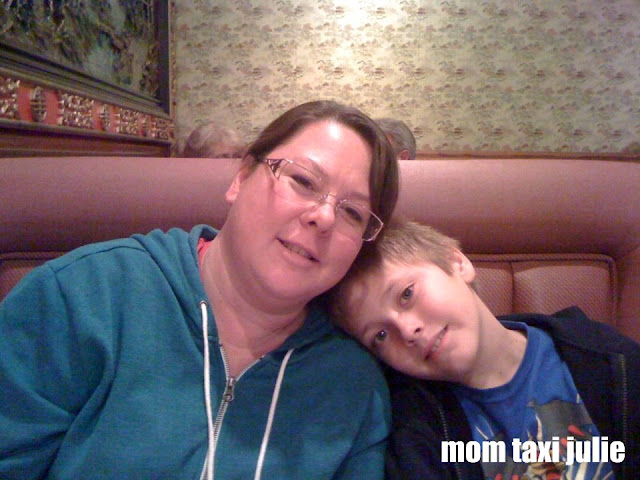 This is my every day look. Especially by the end of the day. Hair back in a pony tail, hoodie and not much make up left! Trevor is growing his hair out so he looks a bit shaggy!

Melissa brought her book. Guess it's better than a phone right? She's reading the Percy Jackson books. She said they are better than Harry Potter (and yes, she read those too). 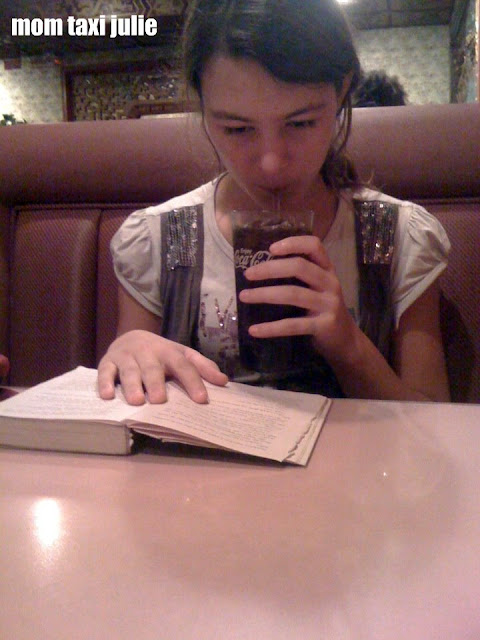 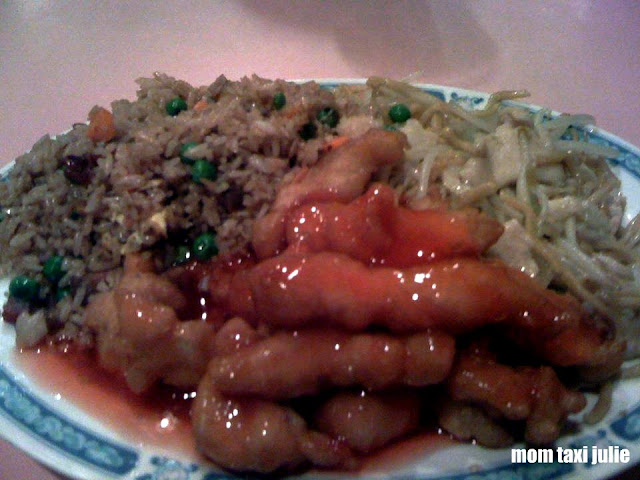 Then we went by my friends house to give her some money I owed her for like EVER and pick up a bag of walnuts she got for me. Played with her puppy for a bit and visited.
We were planning on going by the house with all the Christmas lights. Trevor had been asking to go by it for awhile. My friend lives right down the street and she said that the guy got hurt so he didn't decorate this year. Bummer! Guess we'll have to find a new place to go.
Here's last year.
After that we came home. Scott was on the computer so I was going to read. I didn't even crack open the book though since I was tired and was out by 9!
Pin It
Posted by Julie H at 8:54 AM

Well you all have been busy! I love the book reading at the restaurant...and yes...WAY better than a phone. What a little smarty pants!

So glad father in law is okay!! I bet that was extremely scary for mother in law!

That chicken dish you made looks nice, and I agree, some stuff does taste better a day or so later.
I can't imagine any book being better than Harry Potter! I loved that series.