Sunday was all kinds of exciting. So exciting I never even got dressed. That's right. I spent the entire day in my slightly ripped over sized t shirt nightgown.

Not that I just laid around all day.

I got up and ate the breakfast Scott made us (only ate one of the sausage patties after he kept going on and on trying to figure out how many calories they were). 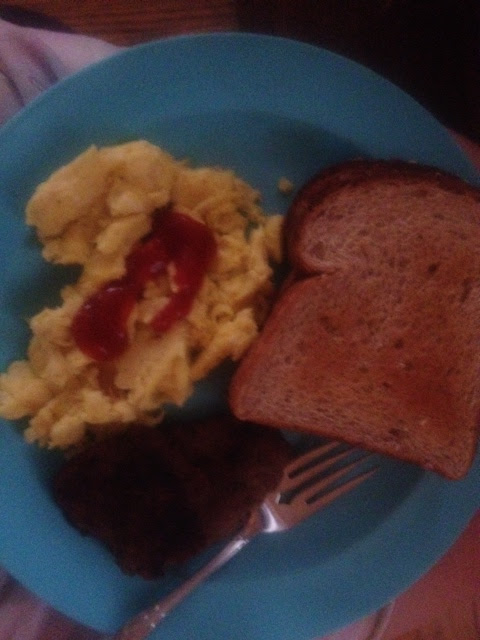 Then I washed a zillion dishes (no we don't have a dishwasher, yes we have kids, no I don't hardly ever make them do them, yes I'm a bad parent and they will NEVER learn how to do them when they grow up or appreciate us, I've heard it all).

THEN I put away the Christmas crap (hey the kids helped with that one, they have to earn their keep somehow) and right after Scott got done putting the boxes in the shed I found two things we missed. That's the way it always works. Guess I'll throw them in a drawer somewhere so I can not find them next year.

Somewhere durning the day I did my SIXTY squats. And then I looked at my calendar and saw that it was 60 CRUNCHES I was supposed to do. DAMMIT. (I did them later)

Eventually I made some dinner. Skinnytaste (see I told you I only did her recipes for 7 days) Baked Chicken Parmesan (am I the only person that can never spell that). How did I mess up the recipe this time? Well I bought half chicken breasts with bones. DOH. I just cut off as much as I could off the bones and then boiled up what was left ON the bones for something later so I didn't waste it. It was super yummy and I had to make myself put away the leftovers so I'd stop eating it. (and apparently I've made this before since I already had it in my Lose It log) 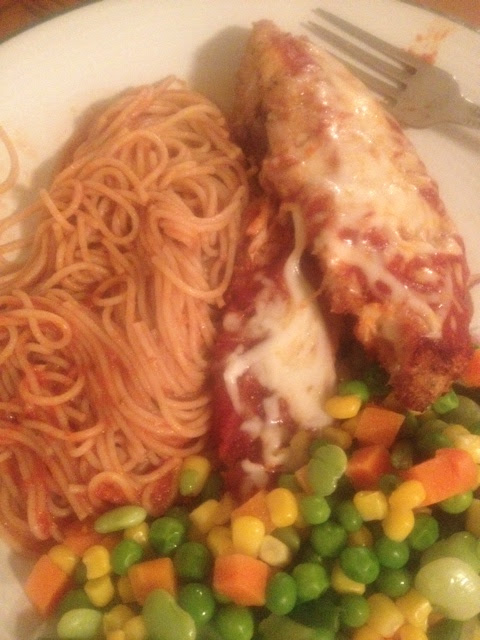 After dinner I washed MORE dishes and then started reading my book club book for this month. It's A Scattered Life by Karen McQuestion.

I also poured myself this glass of wine and drank about half of it. 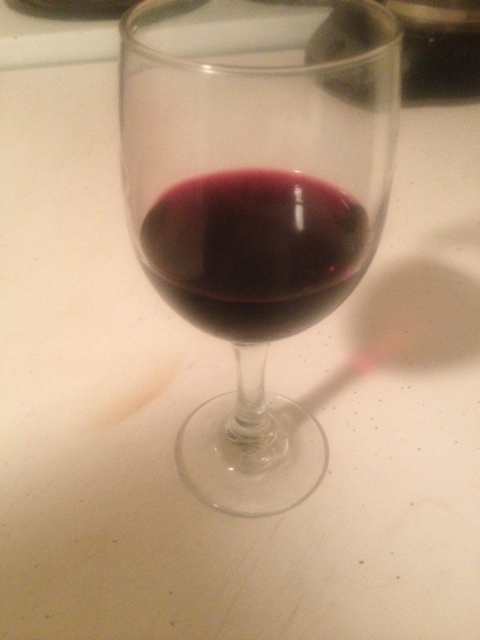 Then I decided I was going to go read in my room because my children were driving me nuts and what's this? It's only 6:30? How can that be??

I spent the next couple hours reading until I woke up at about 10:30 with pain in my wrist from holding my Kindle all funky while I was reading.
Pin It
Posted by Julie H at 4:13 PM

wrist pain from reading is the worst. On my old Nook my thumbs would go numb from clicking forward all of the time. :)