Well I survived the dentist yesterday. At first he said he couldn't see anything wrong but then decided maybe these two tiny cavities were what was giving me trouble so he filled those. He also had my teeth sand blasted with a power washer of some sort. That was loads of fun with shit flying all over my face. My teeth look nice though.

I really need to go to the grocery store since that didn't happen yesterday but Scott said he'd go for me. So nice! I'm really tired. I don't know if it's from the whole dentist thing yesterday, sugar withdrawals or what but I could so take a nap!

But first, a little blogging.

Way back in January I did a 10k at Coyote Hills. My friend Heather went with me. She was running the half marathon that started fifteen minutes before my race. This place doesn't have a lot of parking so they had us park at a school and then take shuttles to the event. 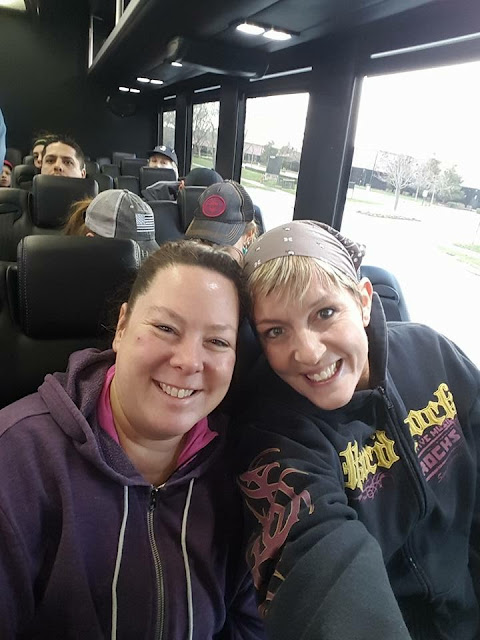 As soon as we got there it started raining. Then it started POURING. Heather's race started and then lucky for me, it stopped raining. When I started the race I had two sweatshirts on but by the time I was running for awhile I was down to my tank with everything tied around my waist. The sun came out and it was super bright! 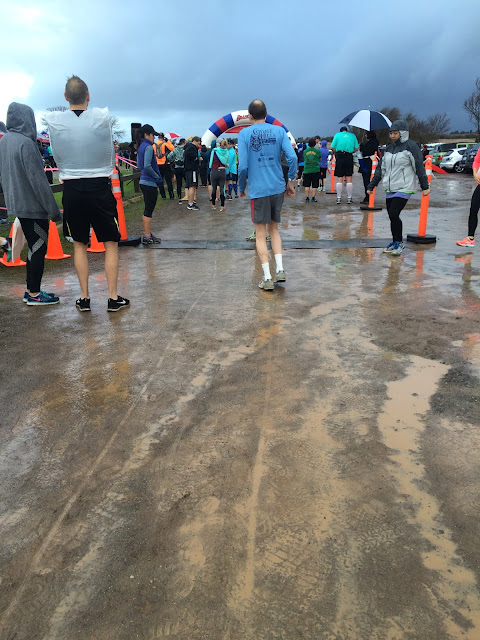 For awhile I was doing my run 5 minute walk 3 minute intervals for my zero to half marathon training but then there were some hills and so I just gave that up. It's much easier to walk up and run down large hills. But then it was wet and slippery and muddy in places so that wasn't all that easy either. 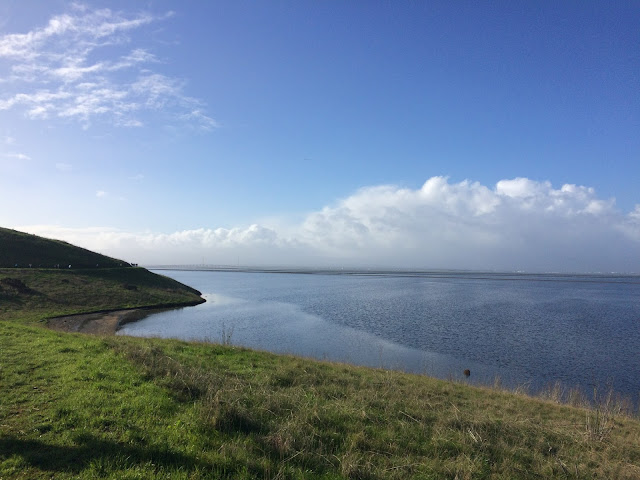 I ended with at time of 1:23:39 and 23rd out of 30 in my age group. I totally wasn't worried about my time when I was running though since I was more into just being able to run for longer periods of time. Still happy that it wasn't too bad though lol.

After the race was over I walked through and got some snacks and hung out for awhile and then all of a sudden the sky opened up and it started pouring again. Poor Heather was still out running but I sent her a message that I was getting on the shuttle to go back to the car and would meet her there. She wasn't too far behind me so that was good! Talk about a wet start and ending.  I ended up getting a head ache on the way home and then the next day I was sick. Not sure if it was from too much exertion and being all wet or if I was going to get sick anyways but that kind of sucked!Pin It
Posted by Julie H at 7:22 AM