We got invited by some friends to go to the A's game on Father's Day. Yeah!  A chance for Scott to yell at the team and they might actually be able to hear him :)


We picked up Rick and Jen (they live down the street from us) and then drove to BART and took the train to the game. Somehow we got there pretty early and it was HOT. So we walked around and got margaritas and beers and nachos in a helmet and a new shirt and bag for Jen. Then we made our way to our seats that were in the direct sun and about 90000 degrees. We sat down for about 30 seconds and then we got back up and went to some seats in the shade. "We'll just get up if the people come", which they NEVER DID! Score, we actually didn't die.  Just about everyone sitting around us had done the same thing.


The only blurry picture is the one when I'm talking lol. I had tripped on that thing behind me. 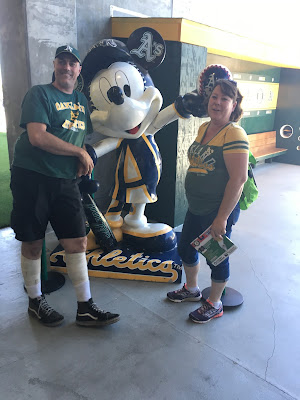 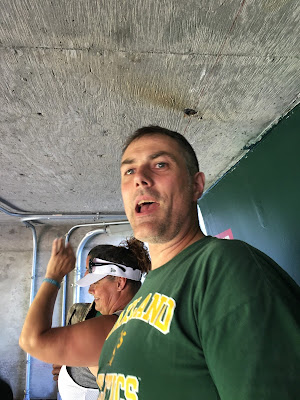 The black at the top is the over hang. A little farther away but I didn't have to wear sunscreen :) 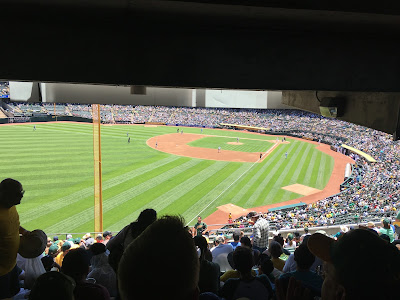 After the game took the REALLY CROWDED train back. I tried not to throw up from the heat, motion and people since I was in seat that was sideways. That was kind of shitty.

We were all super excited to get in the car (I think I forgot to post my new car I bought too!) and crank up the AC!  We ended up stopping for some dinner on the way home. Our friends who invited us insisted on paying for everything except we had beat them to the BART tickets. Going to have to invite them over for dinner and some other stuff to make that up to them.

After we got back I ended up going over to the other neighbor's house. He's been trying to fix Trevor's computer. He thought he had it fixed up but then something happened again so we were hanging out and he has the cutest little dog ever.

She is just the sweetest thing. Trevor also wanted to dognap her lol 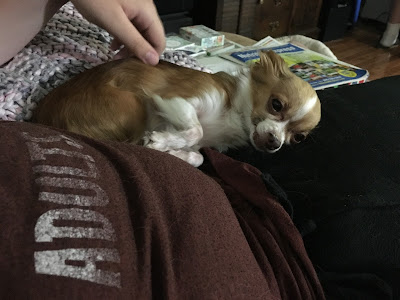 She crawled up on my chest lol 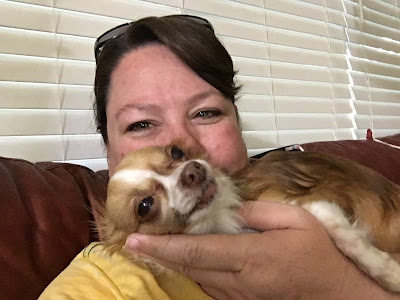 After I left there we went home and my friend Traci was like hey you just drove past me on the porch at her mom's. So I made a drink and went back over there to hang out. The sunset wasn't all that great but the light off the lake and the houses was nice. 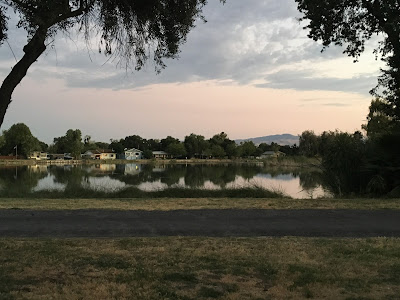 So that was a busy day. I could have used a few more days on my weekend :)

I hate going to games when it's that hot. I prefer watching on TV in A/C and my own food and booze. :-) I'm lazy like that.