Tom Passed away at the end of April but the didn't have a service until the beginning of June (the same day Trevor graduated) since so many of the family members live in Minnesota, and to be able to get the church and the hall booked.


We got to the church a few minutes late so we missed the slide show, which was probably a good thing since I started bawling (I thought I was over that!) when we got there. There was a woman singing and playing the piano and she had the most beautiful voice.


My friend Traci got up and read something she wrote. Such a strong woman. I know I never would have been able to do that.


After the church service it was back to the clubhouse which was PACKED with people paying their respects.


Traci made such great displays of all his fishing shirts and hats. Our friend Ginny painted a picture from a picture and then ended up making up this fabulous hand out. 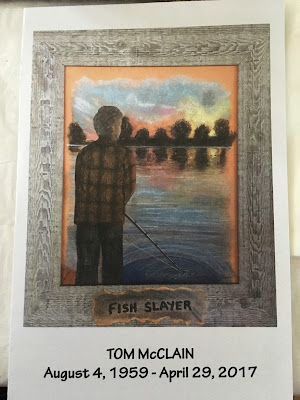 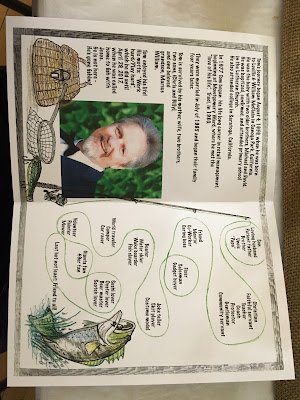 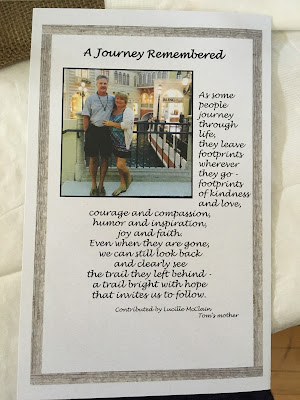 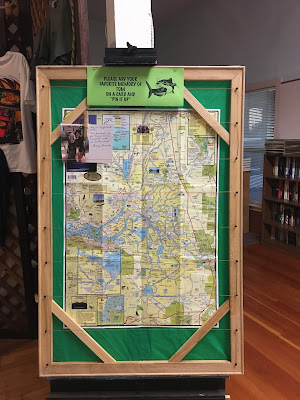 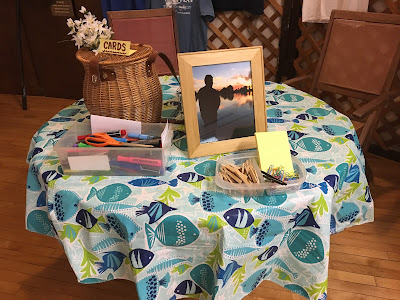 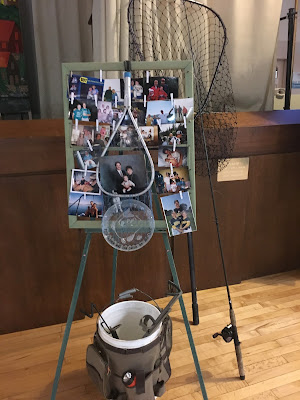 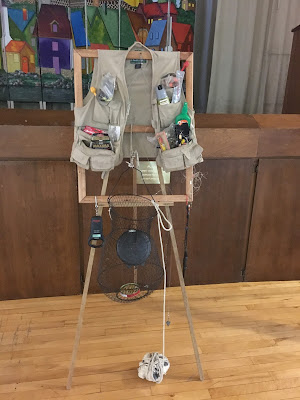 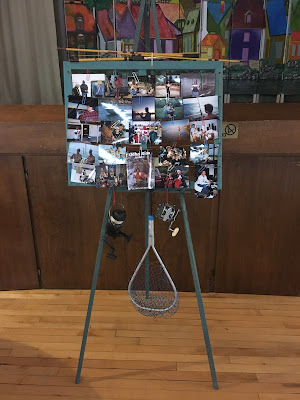 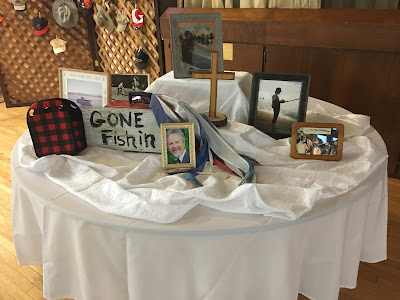 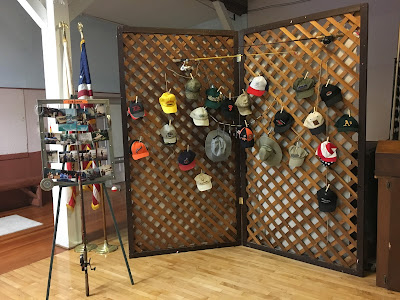 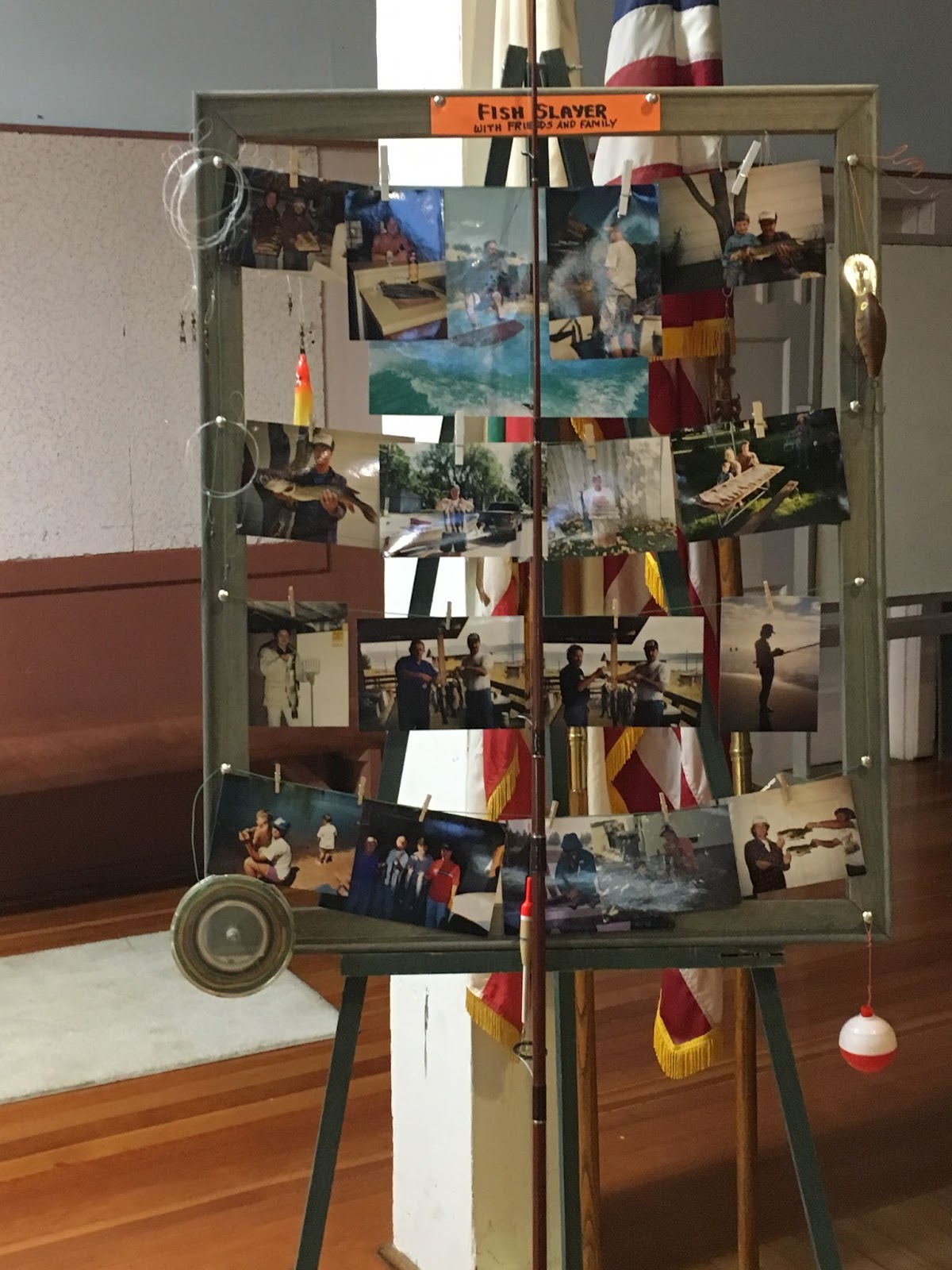 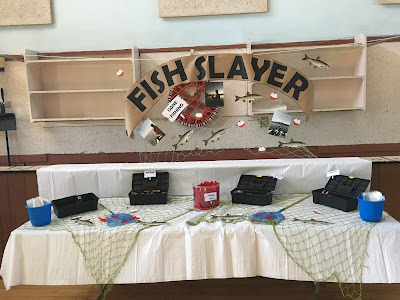 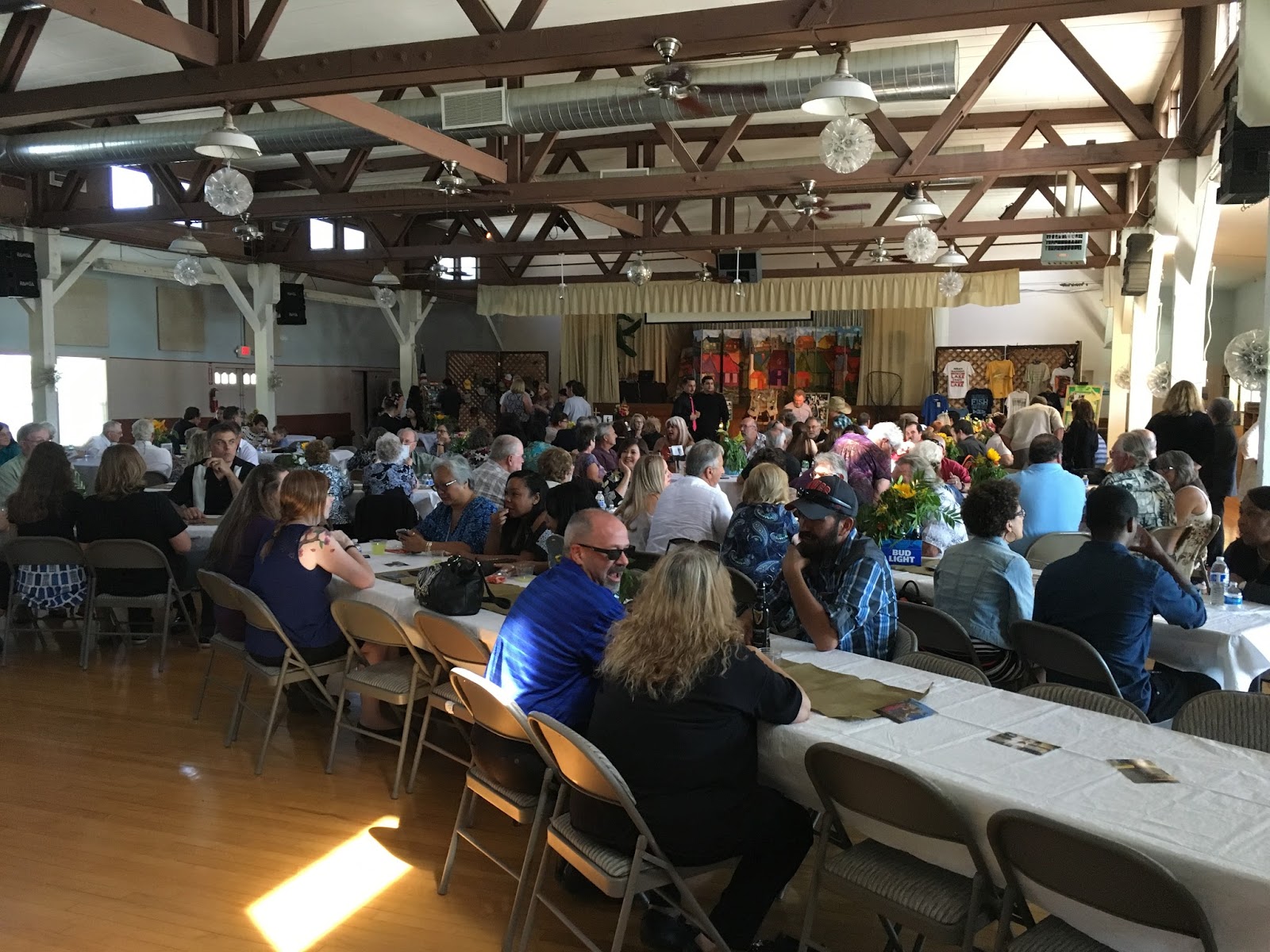 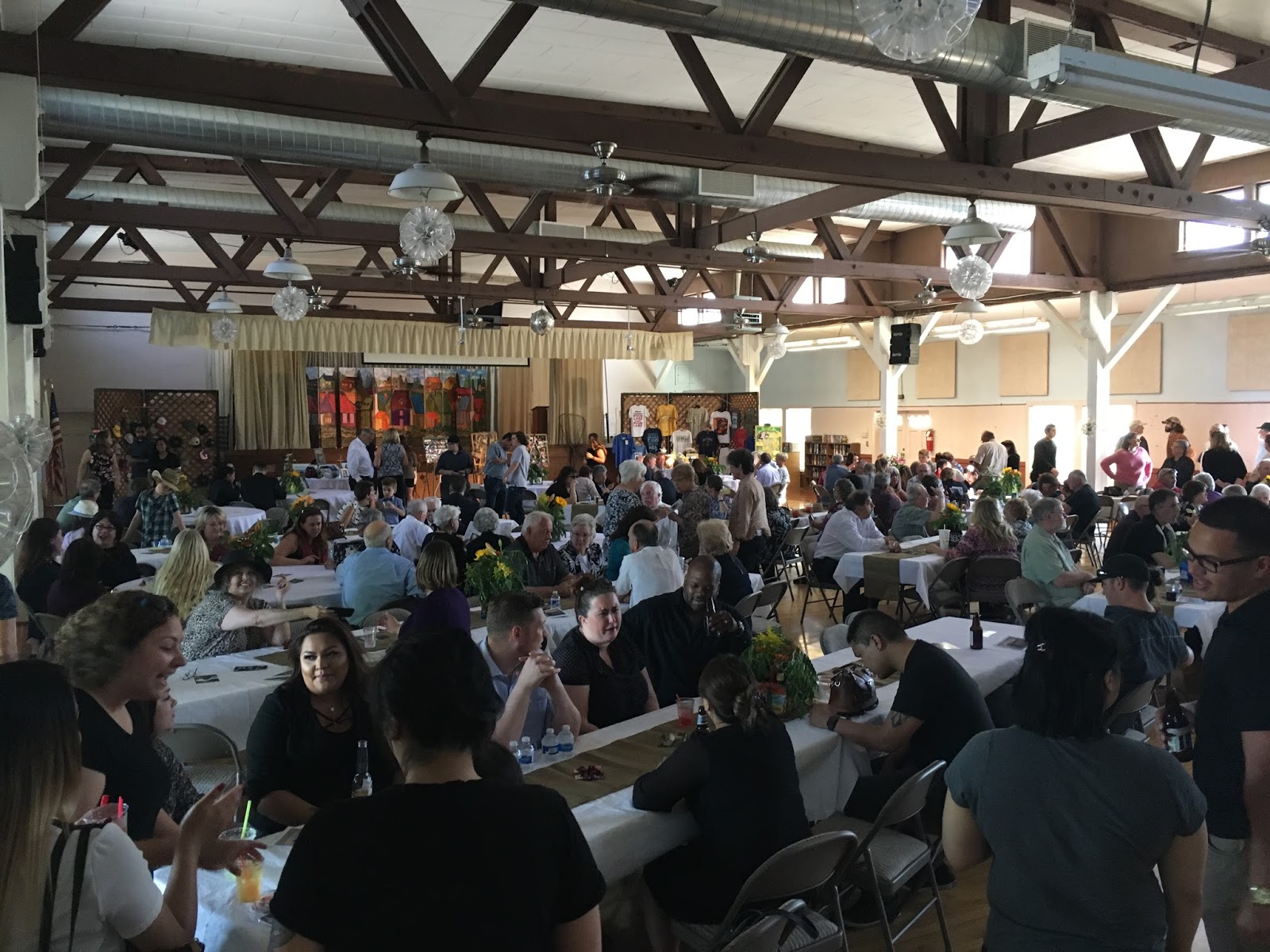 We had to leave a little early since we had Trevor's graduation to go to, but it sure was nice to see how many people loved Tom.
Pin It
Posted by Julie H at 5:00 PM

I'm so sorry for your loss Julie.