Did you all have a nice weekend? I spent all weekend playing with fabrics, sewing and washing clothes.

I know I've talked before about my "shower cat" Lucy who totally wanted love and attention any time any of us got out of the shower. So weird! I had started brushing her while she wanted the attention because she sheds so much (so weird she sheds more than the long hair cat). Now? I've created a monster haha. She thinks that every time I walk into the bedroom she needs to be brushed. I have about 5 different brushes/combs I use on her since they always seem to walk away lol. This is the back up one to the nice one ;) She's so cute. 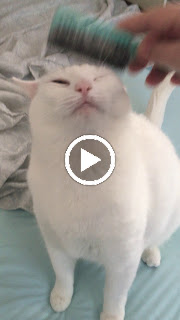 I spent all day Saturday cutting fabric scraps into sized pieces. I had a BIG bag of scraps from one of the gals I had bought fabric off of and scraps that were mixed in with the flannel that I worked on before (sold a bunch of those). 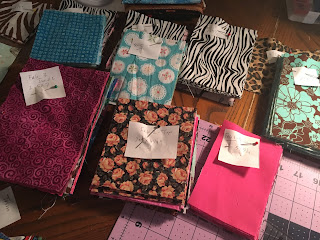 Yesterday I finally got around to sewing! The fun part! I dragged out all my ribbons and rick rack. I did assembly line so I have a bunch of the pieces already to sew together, I just need to add some embellishments if I want them.

I used this pattern. The hardest part is sewing the rounded corners. I debated on just making them squared off but I think they look nice rounded. If I can do it nicely lol.

So here is my first one I made, which is the cutest. 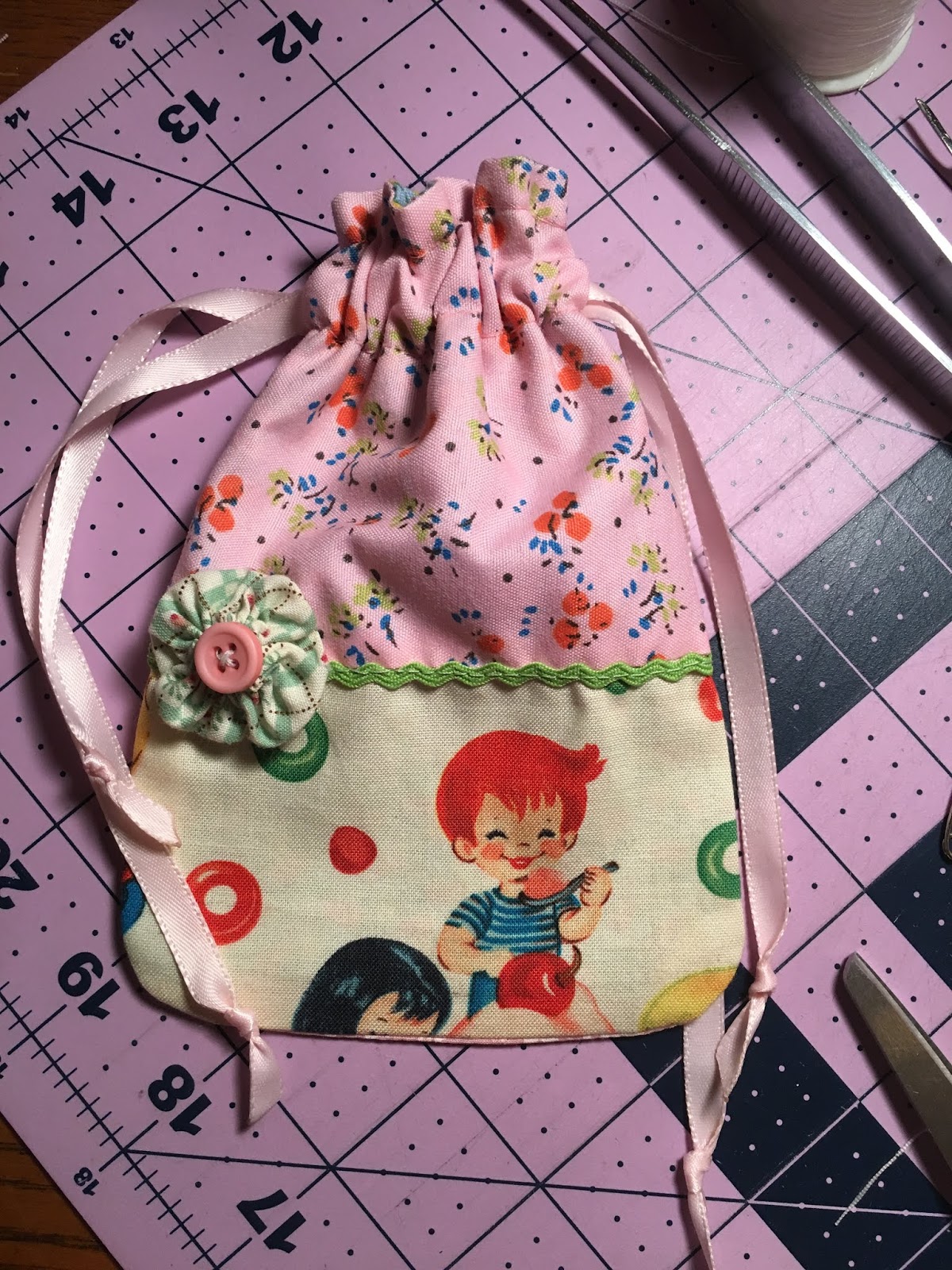 Then I made these 2, I will have some with similar fabrics, since SCRAPS! and I was trying to use what I had without going into my other stash to match up colors. 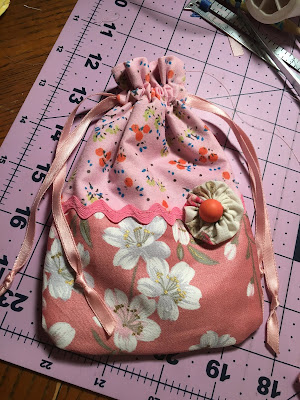 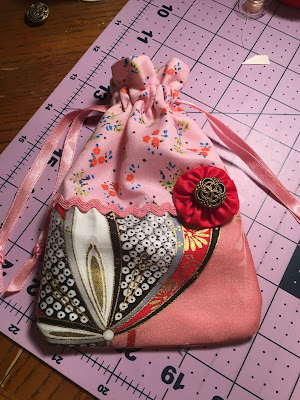 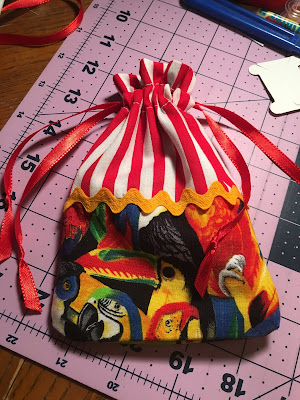 So that was my weekend excitement! I did sell some more fabric that I had on the Facebook groups already so I made money while I sewed ;) I will have to go to the post office on my lunch since I have 3 bigger boxes and I don't like to make the mail man at work carry those to his truck.

Trevor dropped his phone for the 1000th time yesterday and finally killed it so he's using the little phone that keeps being everyone's back up phone. Probably have to go to the phone store after work to get him a new one but I really hate doing that. I was hoping Jessica would go for me yesterday but that didn't happen.

Lucy is so adorable!!!! Cats are the best for wanting spoiled...start something and you have to continue it ten fold! HA!!!
Those drawstring totes are adorable...you seriously are a crafty sewing person - that takes actual talent!
Have a great day Julie!

If you brushed me when you were in the bedroom I would expect it all the time too.
Just so you know, I love having my hair brushed so Julie, don't start or you'll never stop.
LOL