Well it was only 10 days ago, when I posted about my 7 day meal plan off the Kraft Foods Site. 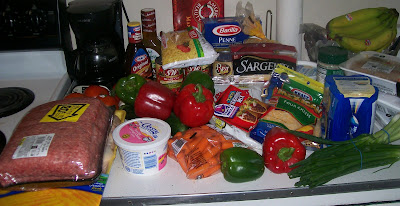 So we had the Quick Fix Beef Burrito Skillet 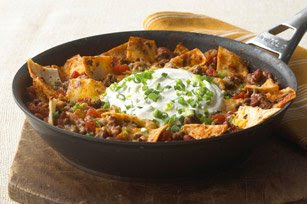 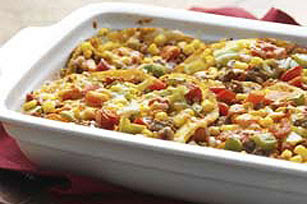 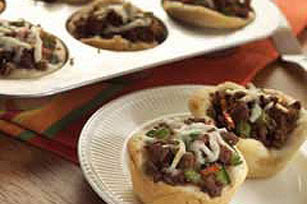 Next up was Creamy Pasta Primavera 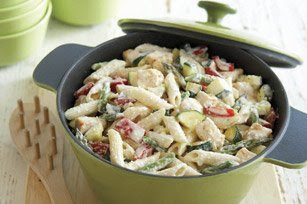 I didn't use asparagus since I'm the only one that really likes it here.

Verdict: Don't think the younger 2 ate it. Jessica picked through it a bit. I think Scott liked it and I thought it was really good. Might make it again some time.

Then we had Cheddar Chicken Rice Skillet 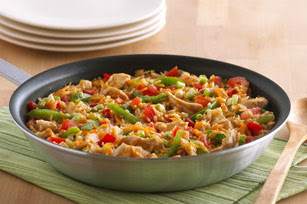 I've made this one before and it's pretty good!

Verdict: as usual little kids hate it (I think they survive on cereal). Can't remember if Jess ate it or not. Scott and I both liked it judging by how much was left over (one serving). 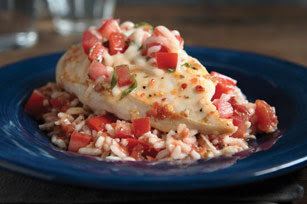 Verdict: I actually heard Scott moan when he ate this. I'll say it's a keeper. Little kids didn't eat it as usual. Jess must not have been home since there was quite a bit left over.

Tonight is Easy Baked Manicotti which I have made before and is a winner!

Sorry no picture it has a video on it.

So there you go, 7 meals. I need to figure out what everyone is going to eat next week while I am recovering.Pin It
Posted by Julie H at 12:29 PM

I'm in a dinner slump right now, this post is awesome! Just what I needed! For example: last week we had fend for yourself night every night. Yup, every night.

Hi there~I'm stopping over from SITS. I love your crafts (I saw the bookmarks and some baby announcements)!

I just wanted to say that yes, in fact, small children can sustain themselves on cereal and juice. Our oldest (5) goes through phases where he only wants to eat specific things and he will only eat the very teeniest bite of everything else I try to give him.

So not only can kids survive on cereal alone, but they can do it on PB&J, and MacNCheese, and Chicken Nuggets......=)

Oh... thanks for just making my grocery list for me! :o) I'm seriously trying it all!