Sunday morning Scott, Jess and I went out to look at a little truck that Scott had found on Craigslist. It looked promising. Then we got there and saw it in person. First of all, why would a dealership attempt to sell a used vehicle without fully cleaning the vehicle first? There was wire hangers in the back of it. Also, when asked about the Car Fax I got some blah blah it cost too much money kind of bull shit. Yeah, that right there tells me this truck is a piece of crap and you don't want me to know that it's been wrecked 20 times.

So after that we just kept driving down the road stopping at all the used car lots and looking at cars and getting more and more depressed. Jess was turning into Miss Pissy Pants so we decided to give up. Because who really wants to buy a car for someone that doesn't really act like they want one? We stopped and got some food and the mood didn't get any better.

I was driving and decided to just try another city that is close to home and we actually found a little truck that was kind of nice and wasn't five million dollars. Scott and Jess took it for a test drive and we decided that we'd go home and sleep on it.

But really we went home and got the other kids and then went to my brother's house to have a holiday BBQ for Labor Day. It's just not a holiday without a BBQ with the family!

No one actually went swimming but we sat on the edge of the pool and put our feet in. I love how everyone is looking at my niece Ava here. 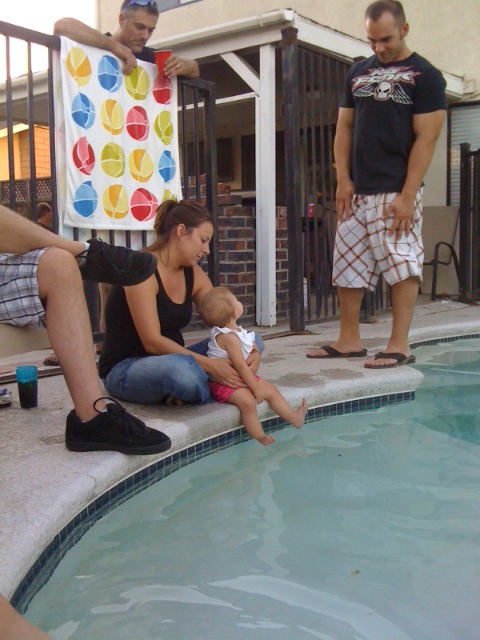 Oh look at that, she know's she's the bee's knees! Love her little smile! 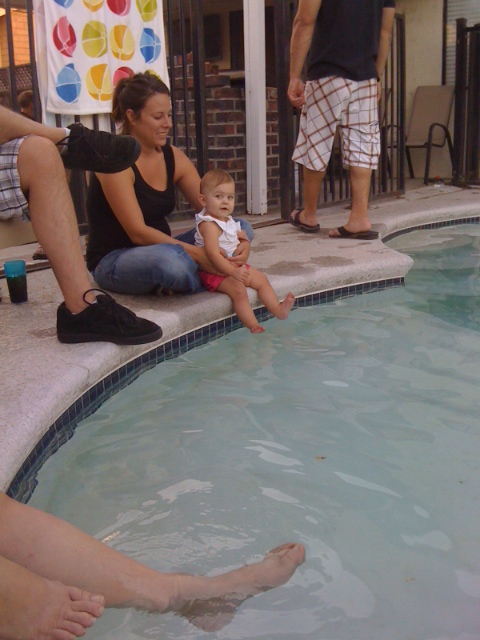 And her sweet painted toes! 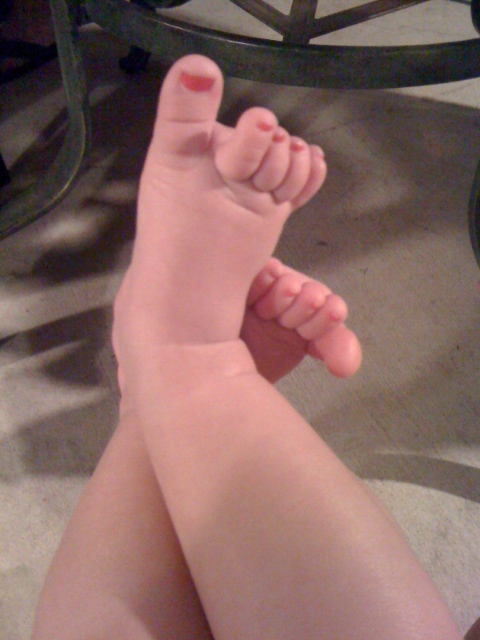 We took turns passing her around. She can crawl and pull herself up but not walk yet. We were all hanging out outside, so that's kind of rough. Her mom was exhausted. I look weird in this picture, but she is cute :) 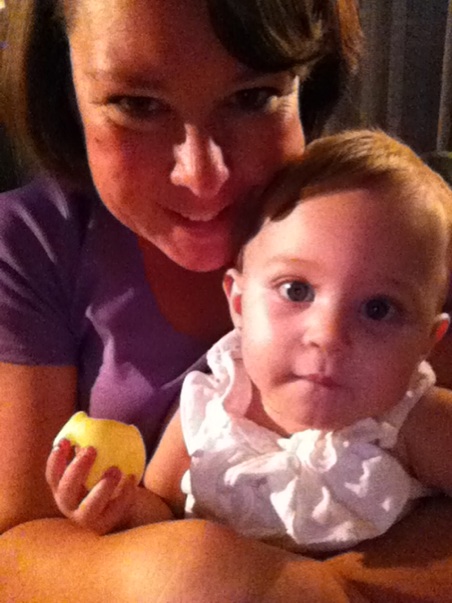 When it got later we sat on my brother's new outdoor furniture around his cool table and played catch phrase. That game is a lot of fun! Later they broke out some marshmallows to roast but I didn't have any (I don't really like those so it wasn't even a hard decision to make!) 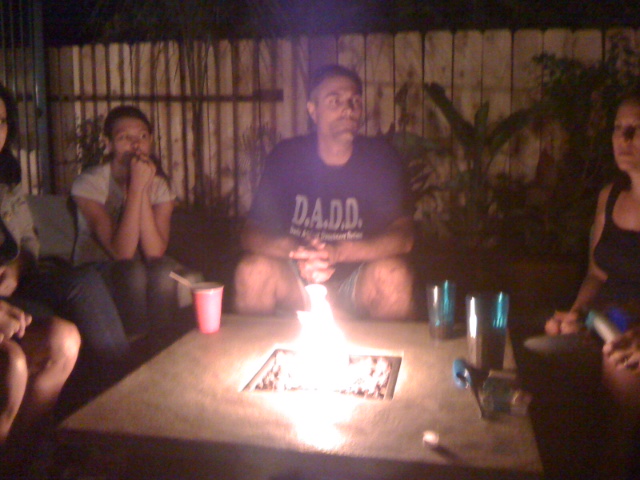 I was so tired when it was time to leave that I think I nodded off before we even got on the freeway. That was one busy day!Pin It
Posted by Julie H at 5:16 PM

She is the bees knees for sure!!

Your niece is adorable.. of course! Hey is that a little fire pit in the middle of the table?