A Day At The Ball Park

I feel like I'm so far behind! I haven't blogged in DAYS haha.

Poor Scott is sicker than a dog right now. He's got the feel like shit flu. He thinks it's freezing and I'm like eh maybe we should turn on the air? Poor guy. I'm just praying PRAYING that the kids and I don't get it. I'm downing the Emergen-C like no one's business. (Actually I've had one two but in my mind I'm drinking it every 3 seconds)

So on Sunday, before the death flu hit, we went to the A's game! Scott has been watching all the games and really wanted to go see them play at least once before the regular season was over.

The cool thing about going to the A's games (and Raiders) is that we can take BART. We do have to drive over to Pleasanton and take it from there but that's way closer than Oakland.

When we got there we found our seats and I immediately knew I was going to get sunburnt. TOTAL full face sun. When we left our house it was cloudy and almost cold. I had even said that it almost felt like rain. So we came armed with our sweatshirts and sweaters. It's a good thing because we needed them to shield our skin from the scorching sun! 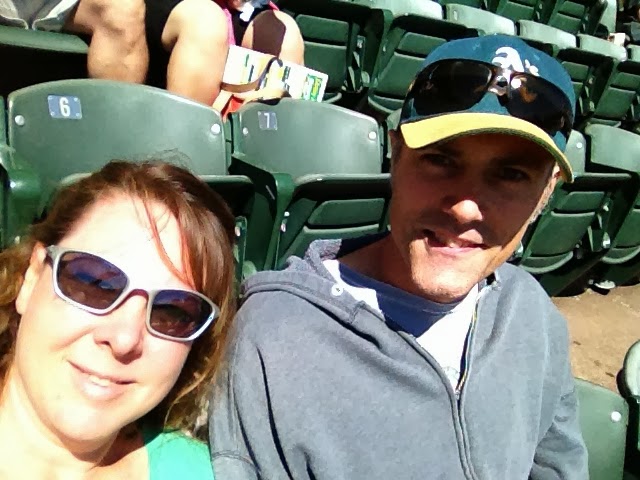 Look there's guys on the field! 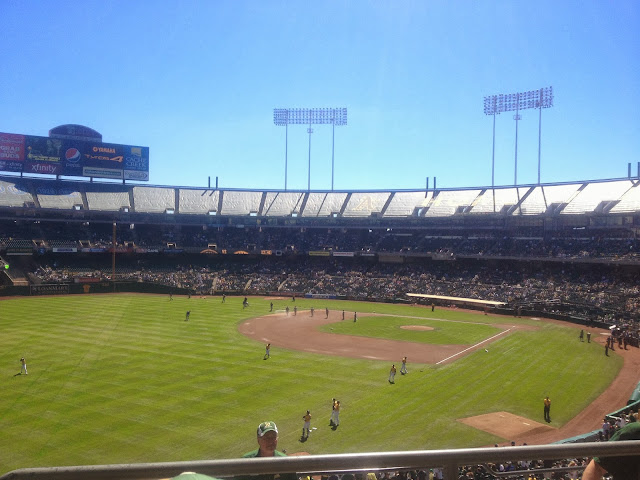 It was so hot when we got up to get a snack the whole back of Scott was covered in sweat. I was all sweaty too but not quite that bad!

These guys were funny, they had 2 kids dressed up too! 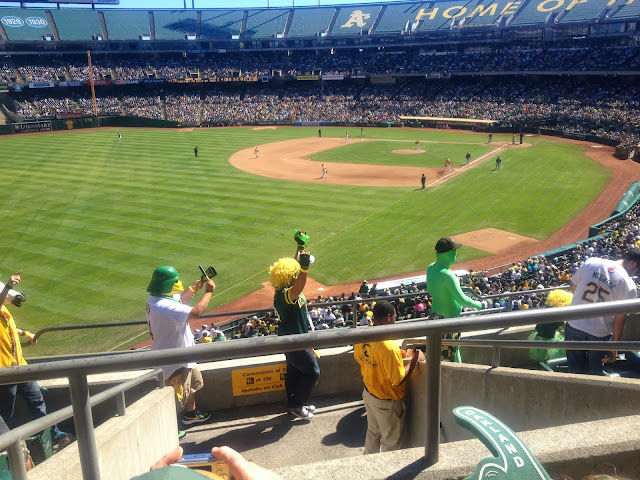 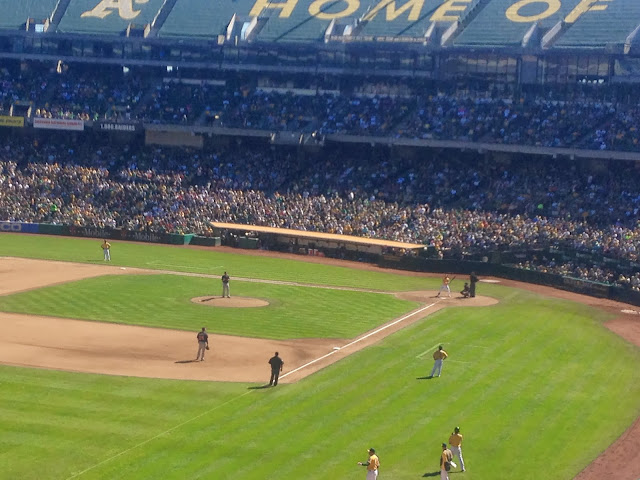 They won the Western division (or something like that, haha) the game was over (and the cops came out on the field) 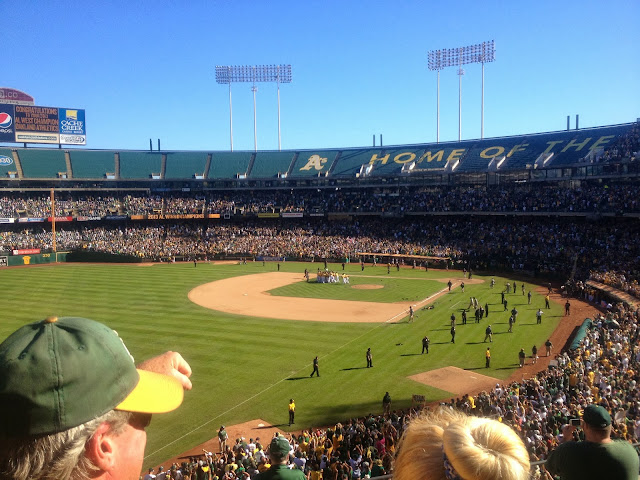 They were all partying it up out there 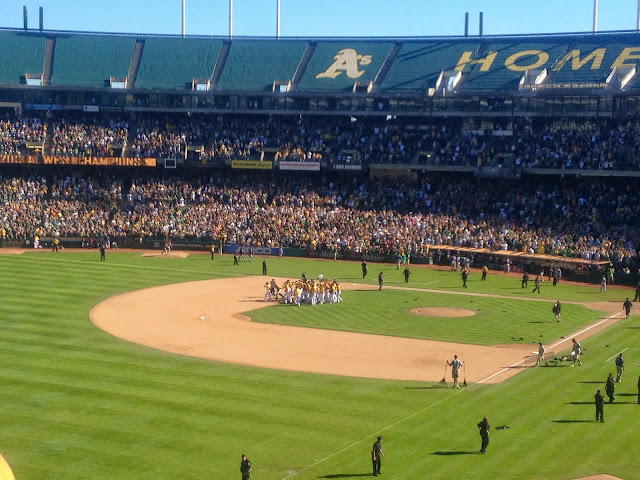 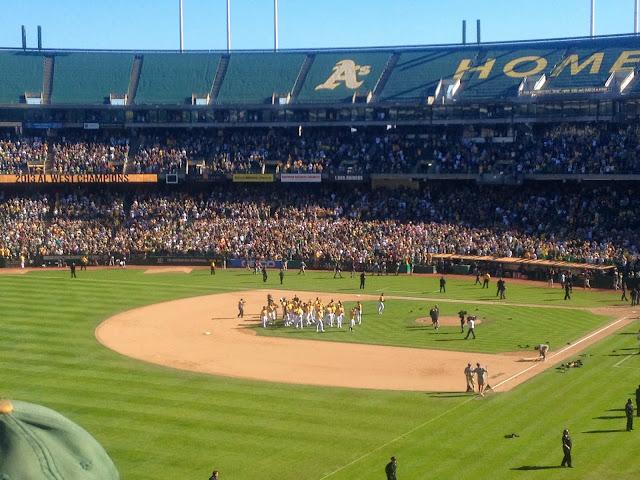 So after the game, waiting for BART. Just a little burnt. 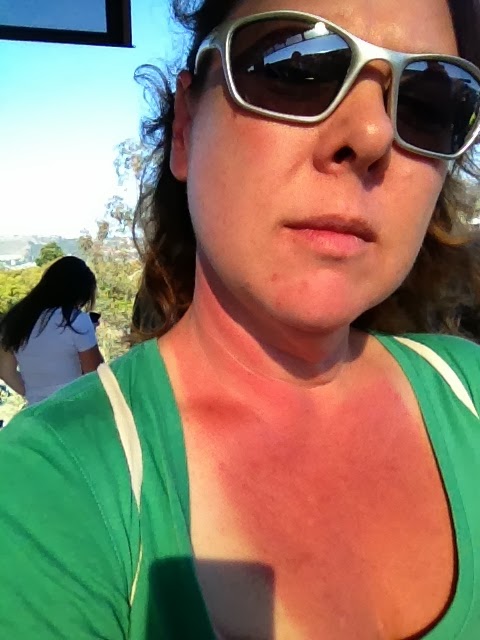 The train was PACKED. We got lucky and the people that were in the seat we were standing by got off on the first stop. SCORE. 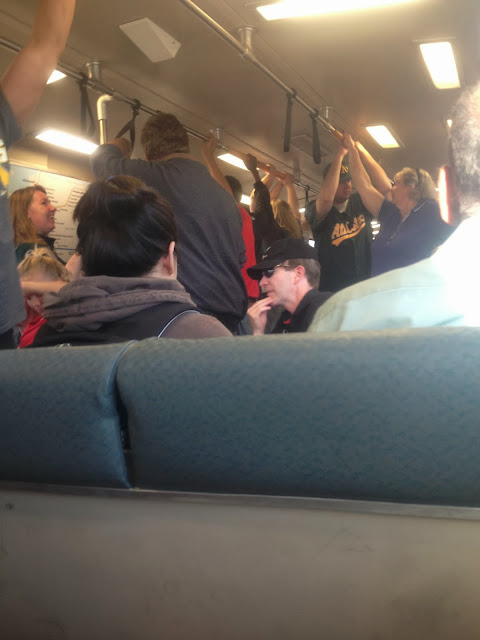 But there was no air on on the train. WTH? It was pretty hot in there.

I snapped this picture for Chris, The American Cup was going on in the bay and these people had Kiwi stuff on. 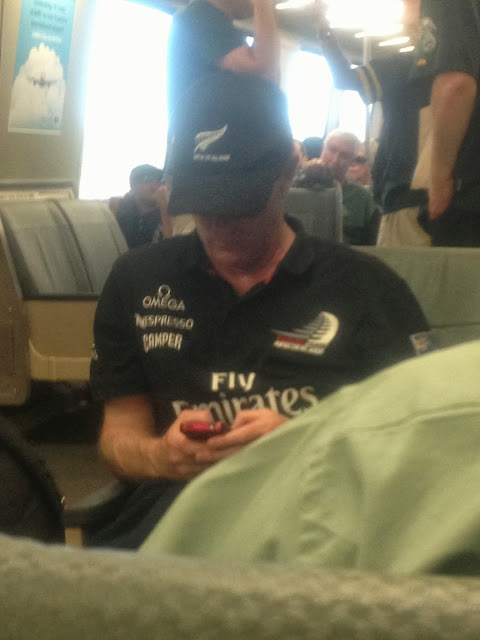 I saw this trick before, take a picture of your parking spot number so you can remember where you parked. We didn't need it but if we couldn't find the car I would have been able to haha. 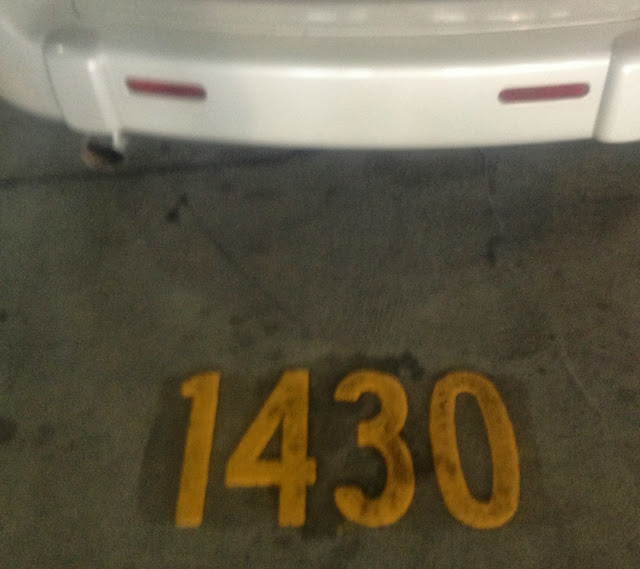 After we got back to town we went to the Mongolian BBQ for dinner. They had just cleaned the grill and I think that took away some of the flavor the food usually gets, but it was still good. 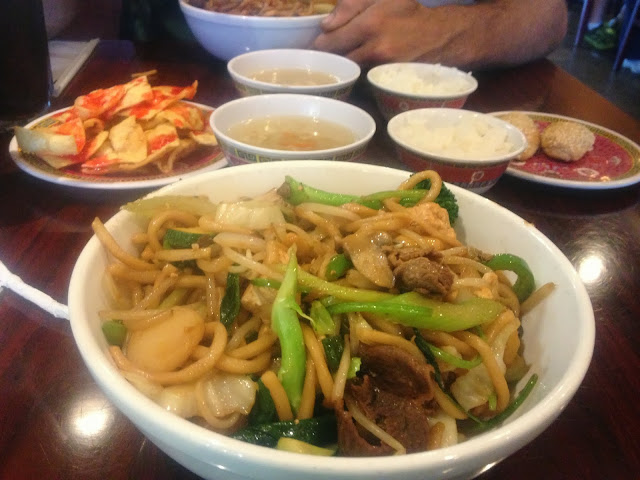 Amazingly that sunburn didn't hurt too bad. I just scratch it and then be like DOH that hurt stupid!! Now I've got some awesome tan lines on my neck of all places.