Monday I went on a field trip with Trevor's class.

No work woohoo.
Still had to get up early though to get Melissa to the bus booo.

I took Trevor to school and talked to the teacher a bit and ended up taking two other moms in my car for the ride up to Sacramento. One mom offered to buy me coffee for driving.

Don't have to twist my arm, Starbucks drive through here we come!
These two moms were great and I had such a nice time visiting with them on the drive there and back.

I kind of think I MAY have went to the state capital on a field trip when I was a kid. I have some really vague memories of something. I'm just not sure if they are real memories or not. Weird. Hey I guess I could ask some school mates on Facebook. I bet someone knows.

So anyhow, it was like seeing it for the first time for me. Well not the outside, I have driven by that quite a few times. (Should you say I have drove or driven? I'm not sure on that one) 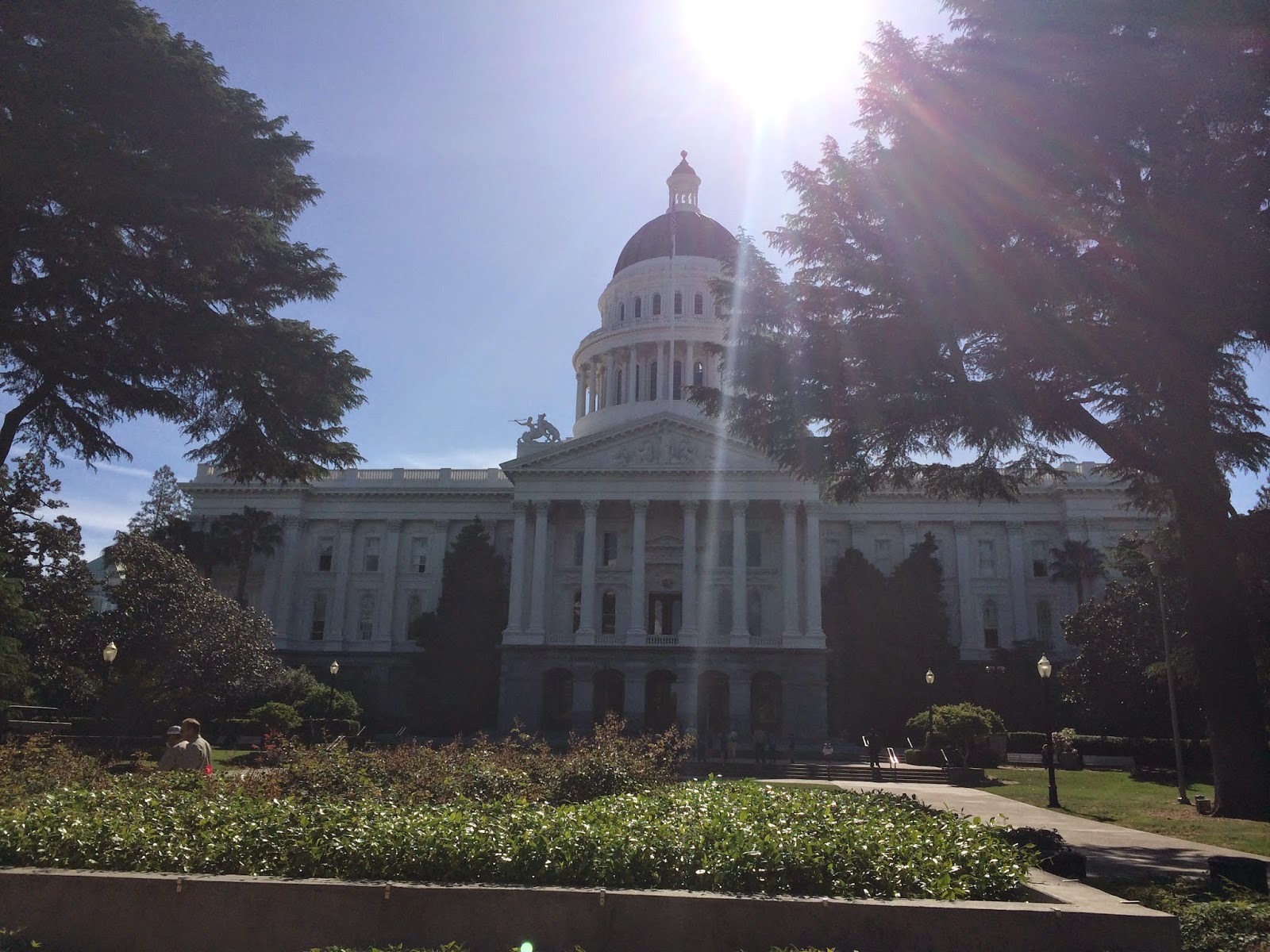 When we got there we were able to park really close to the capital building because the other mom had a handicap placard. Score on the parking! Sad to have to have placard though (she has a spine disease).

First thing I had to do was make a quick trip to the potty. But first we had to go through security. The one mom had a huge mom purse and they actually had to open it all up and go through it because they couldn't tell what she had in all her little zipper pouches lol.

This is right inside looking up through the top of the dome. So pretty! you can't tel that it's super high in this picture. 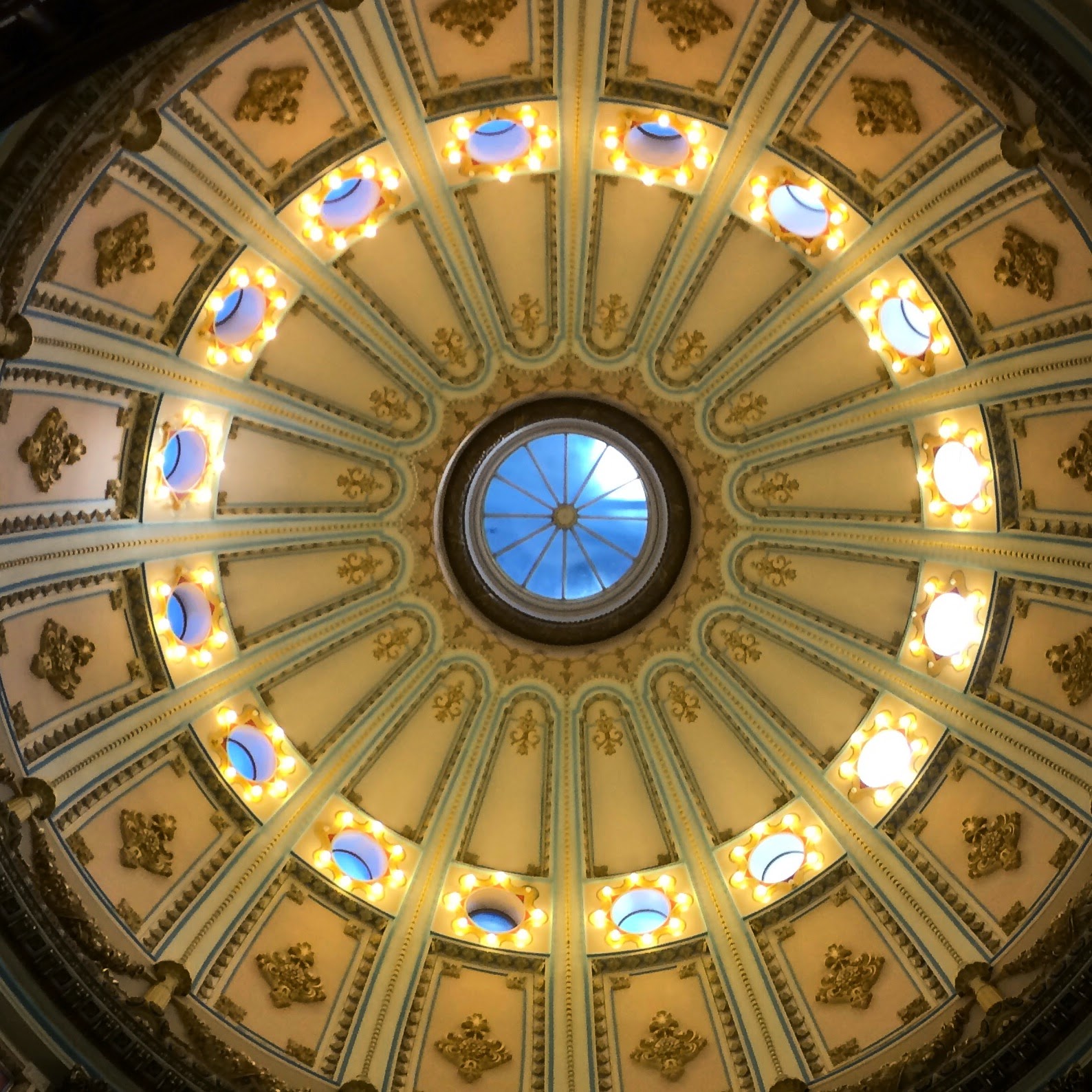 Below the dome are these sculptures 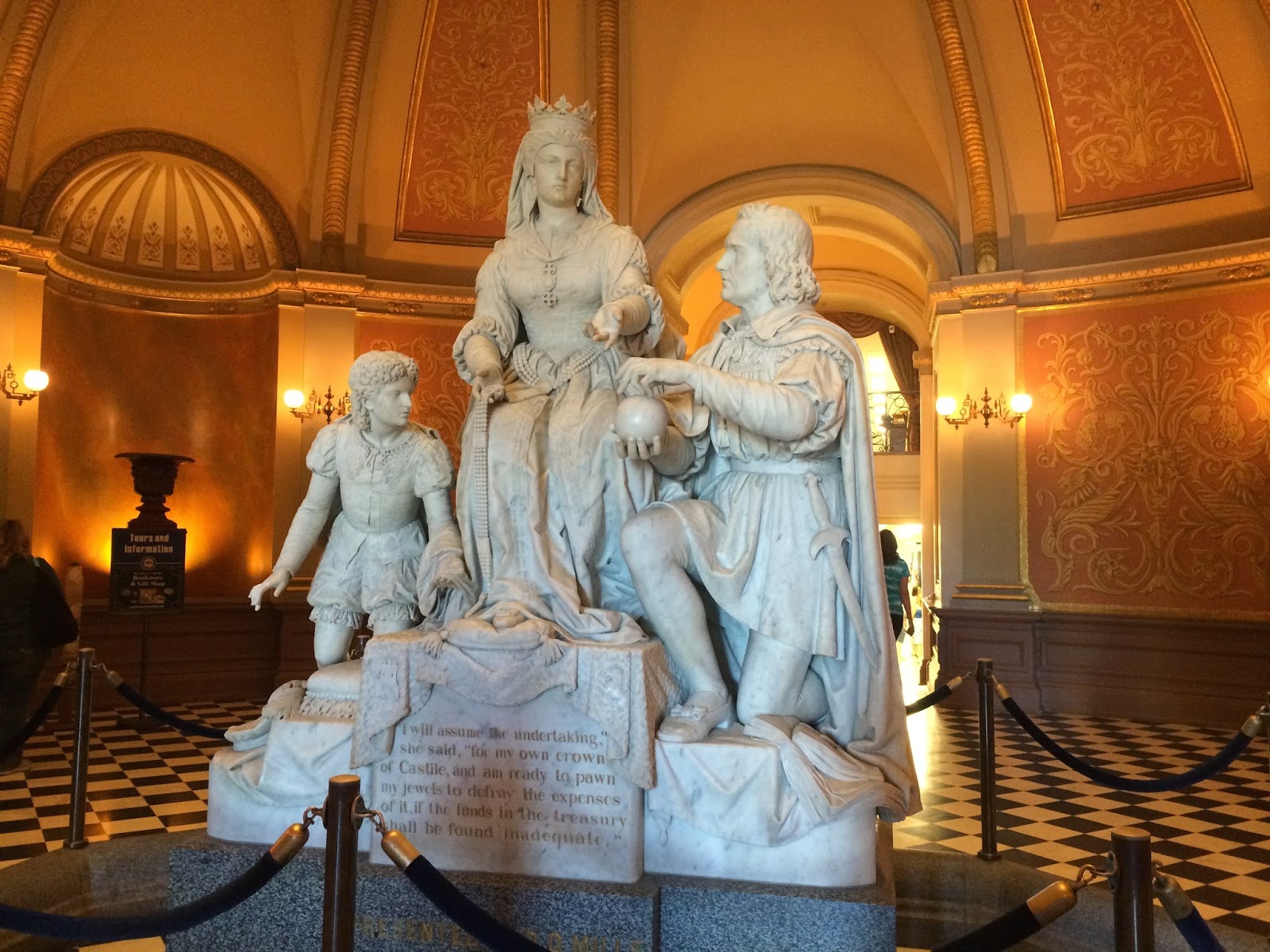 After using the potty we went back out and waited for the kids. They kind of hung out for a few minutes outside on the steps. This is the two classes that went. 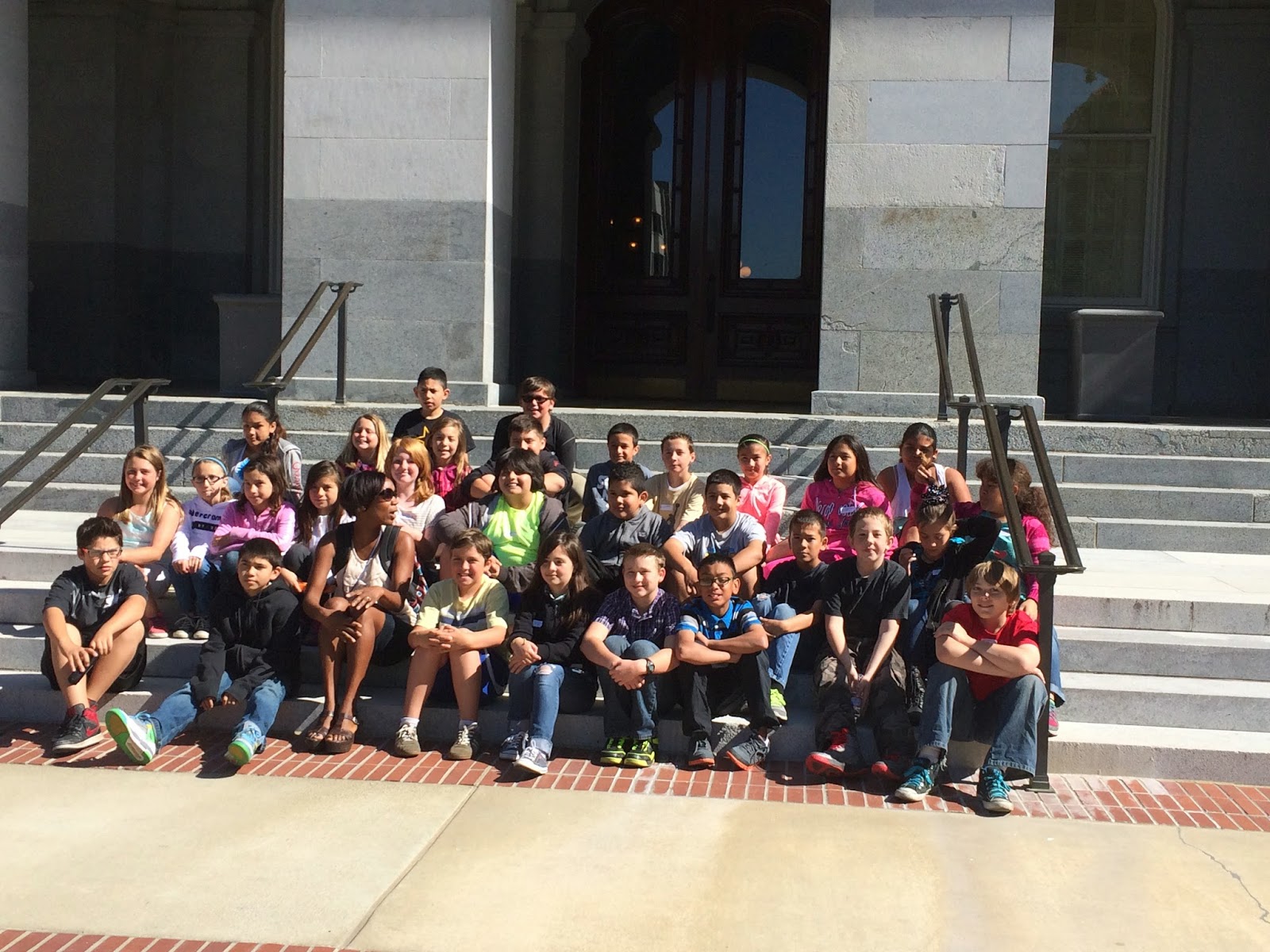 The kids had to go through security. It was funny one girl was all worried about the change in her little wallet. They were kind of grouchy about the kids moving on down the hall and lining up. It would have been nice to have a tour guide in the beginning for more instructions.

Here we are on the 2nd floor getting our first talk to. 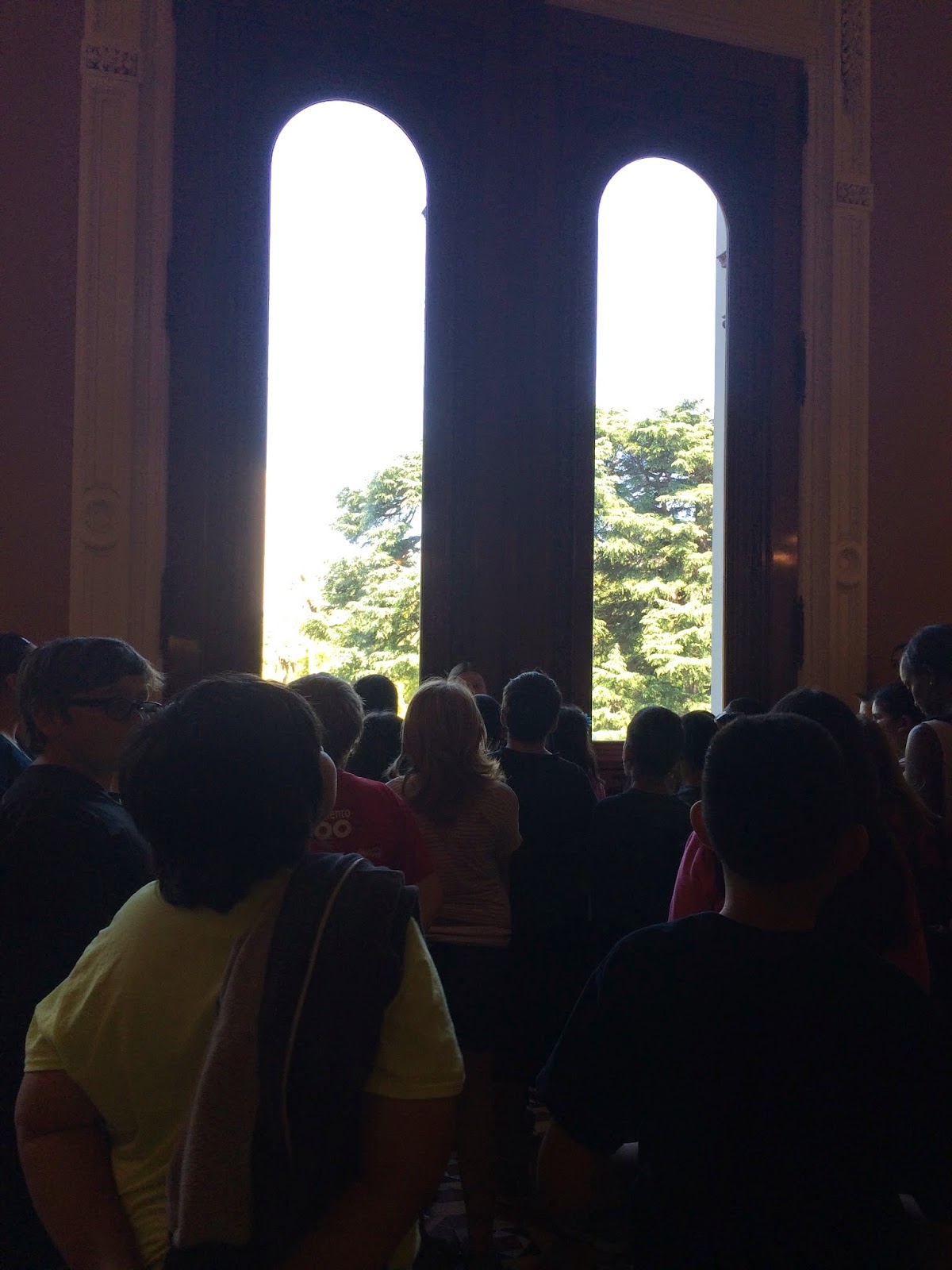 I was slightly distracted by my surroundings. 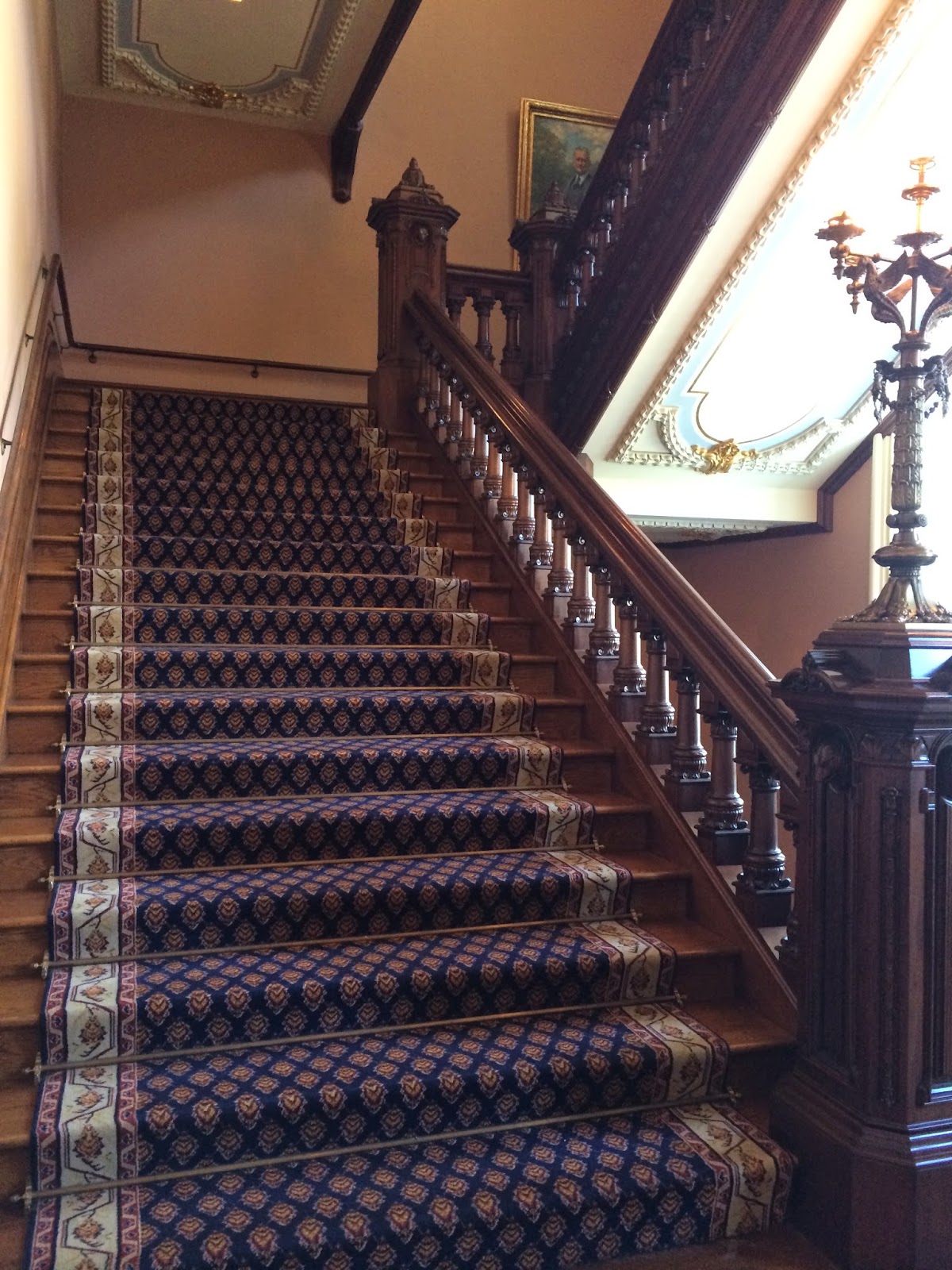 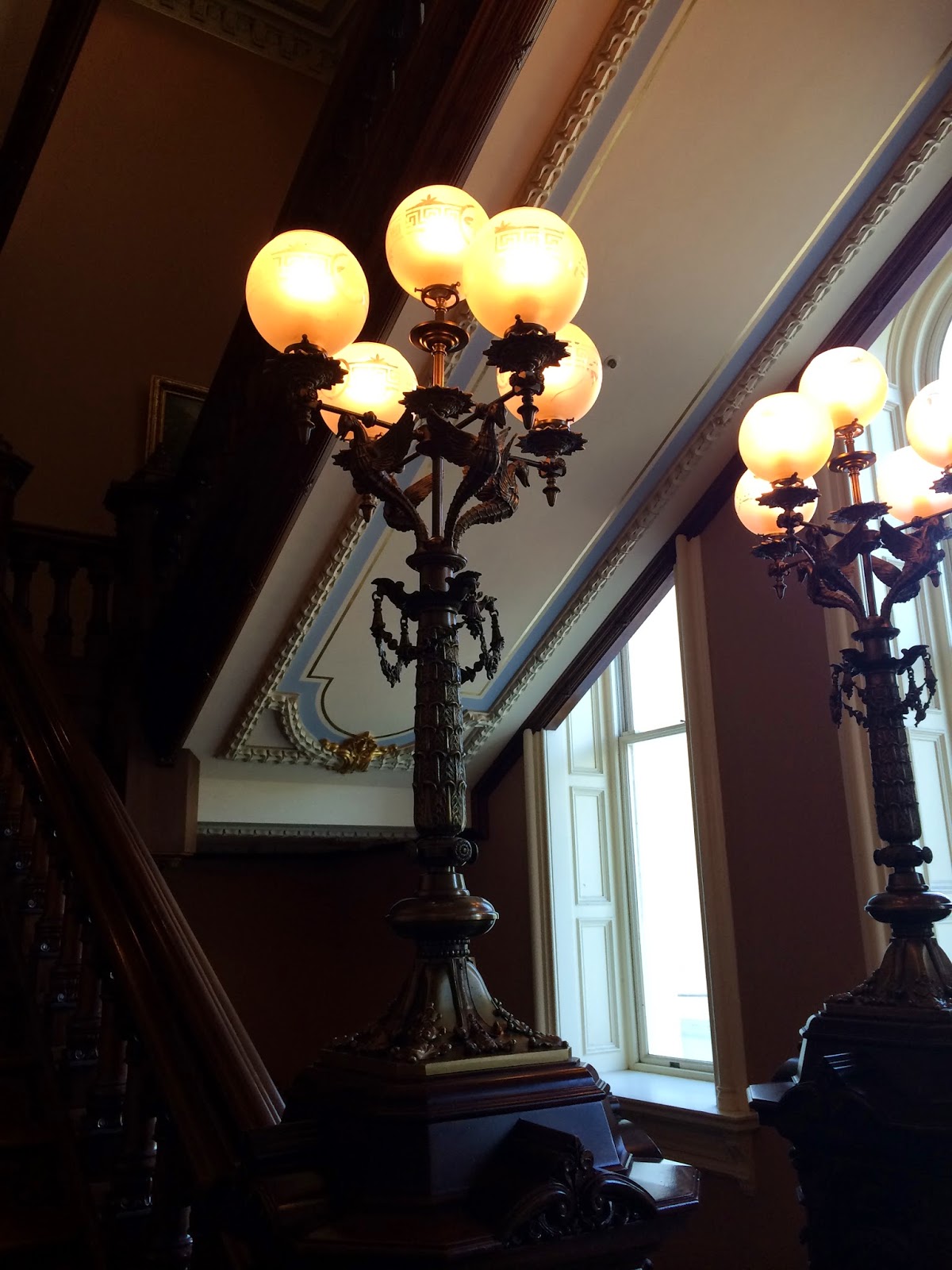 There were a couple ladies working on dusting the stair case. What a chore! All that wood. So  pretty though. 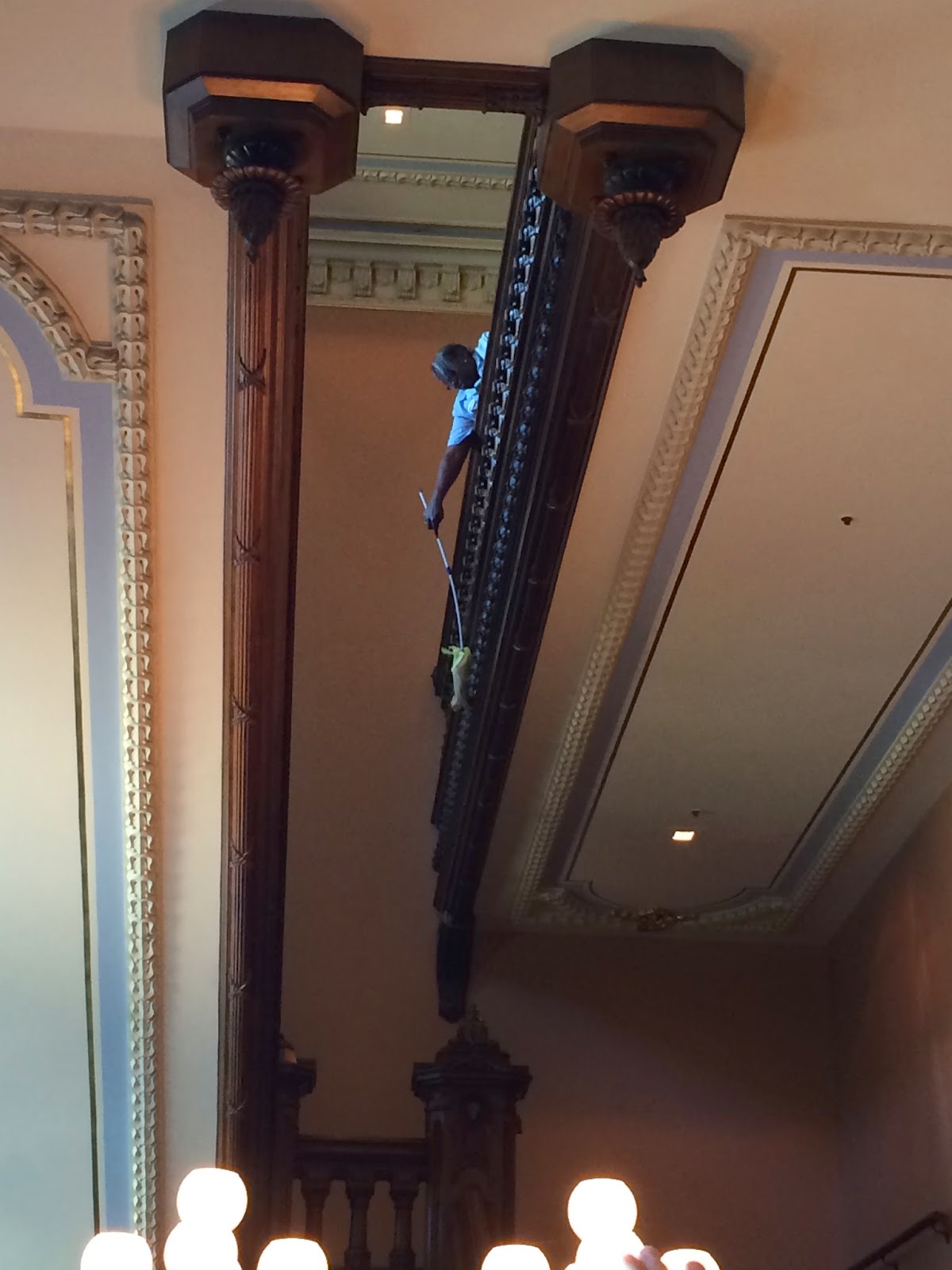 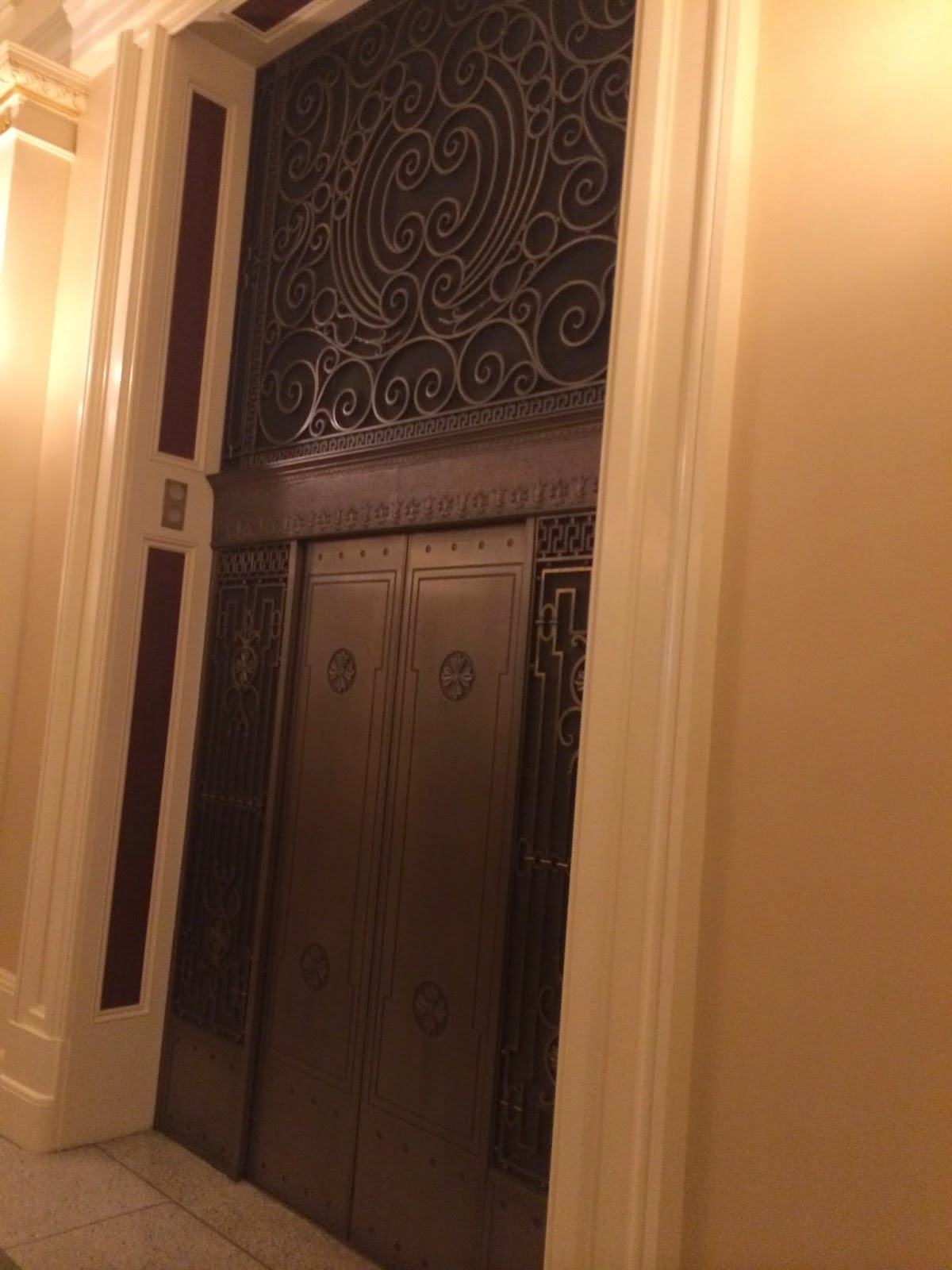 This was the Senate house in shades of pink but they called it red. I wondered how often someone had to dust those chandeliers. 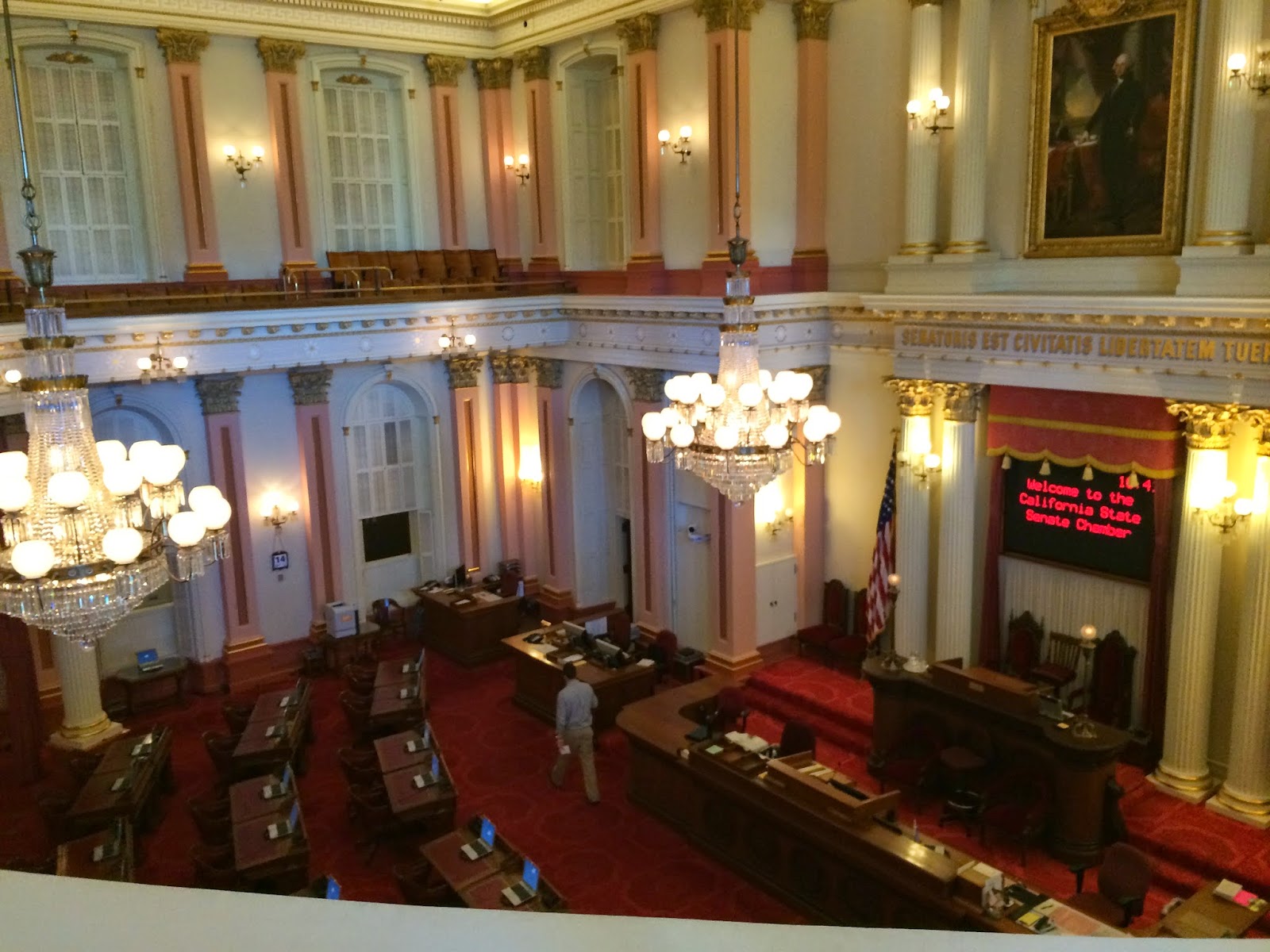 And then the Assembly house, which is quite a bit bigger in shades of green. 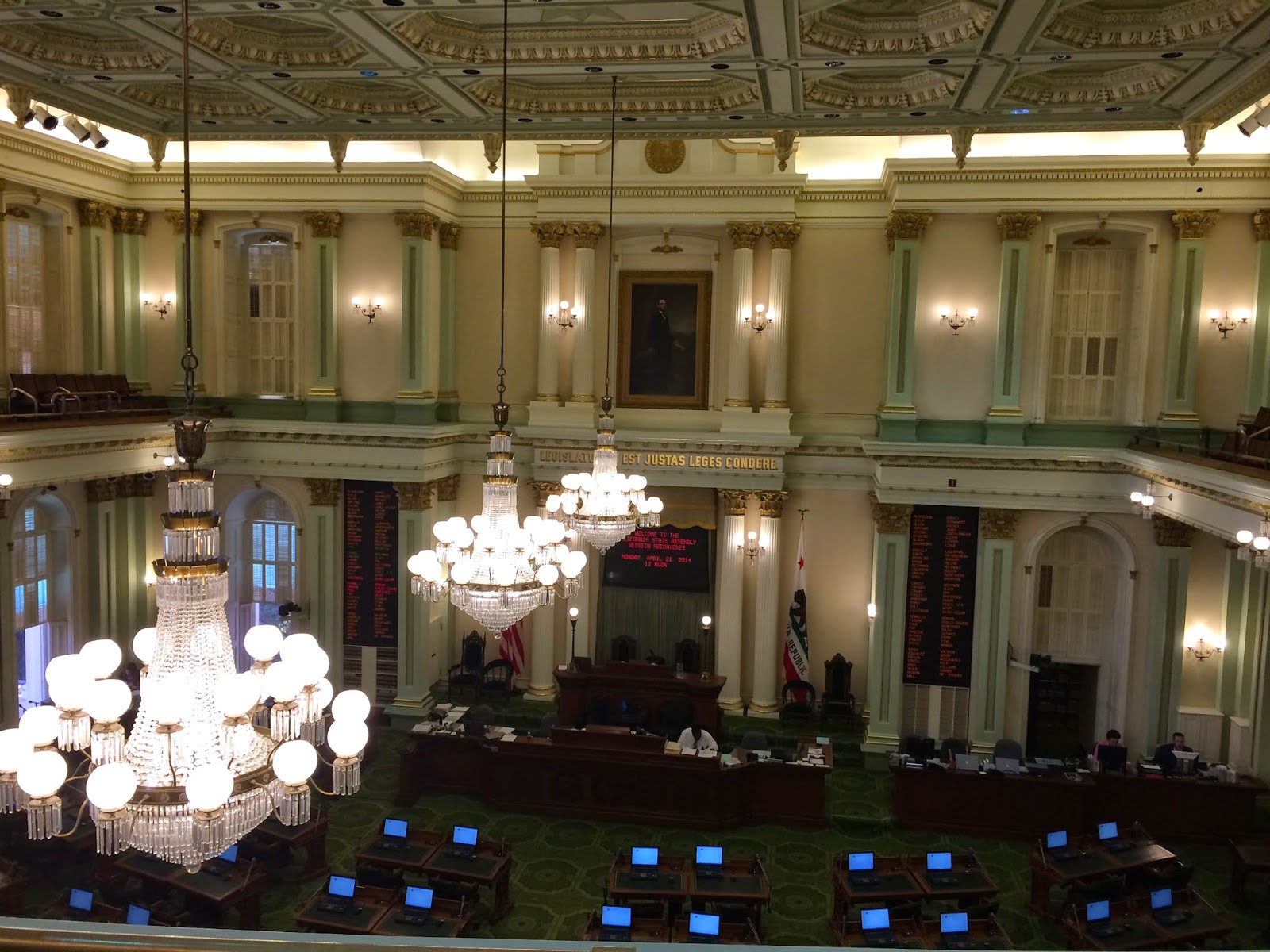 Look how fancy the ceiling is. 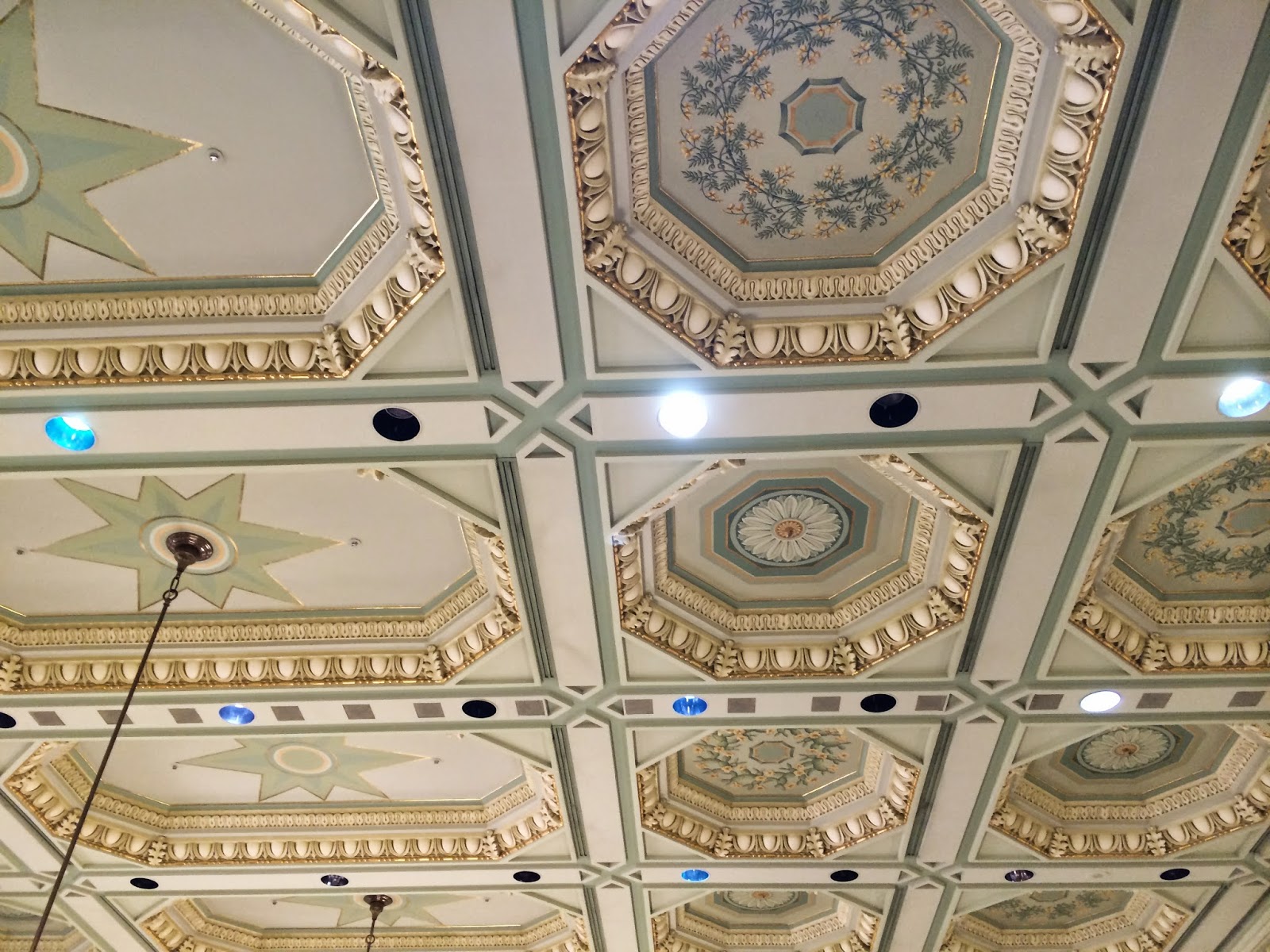 Back out in the hall are all these pictures of past Governors. A few were missing, Schwarzenegger, who they said has not given them a portrait yet and the current governor who is actually up there for his last time he was our Governor. (Jerry Brown) 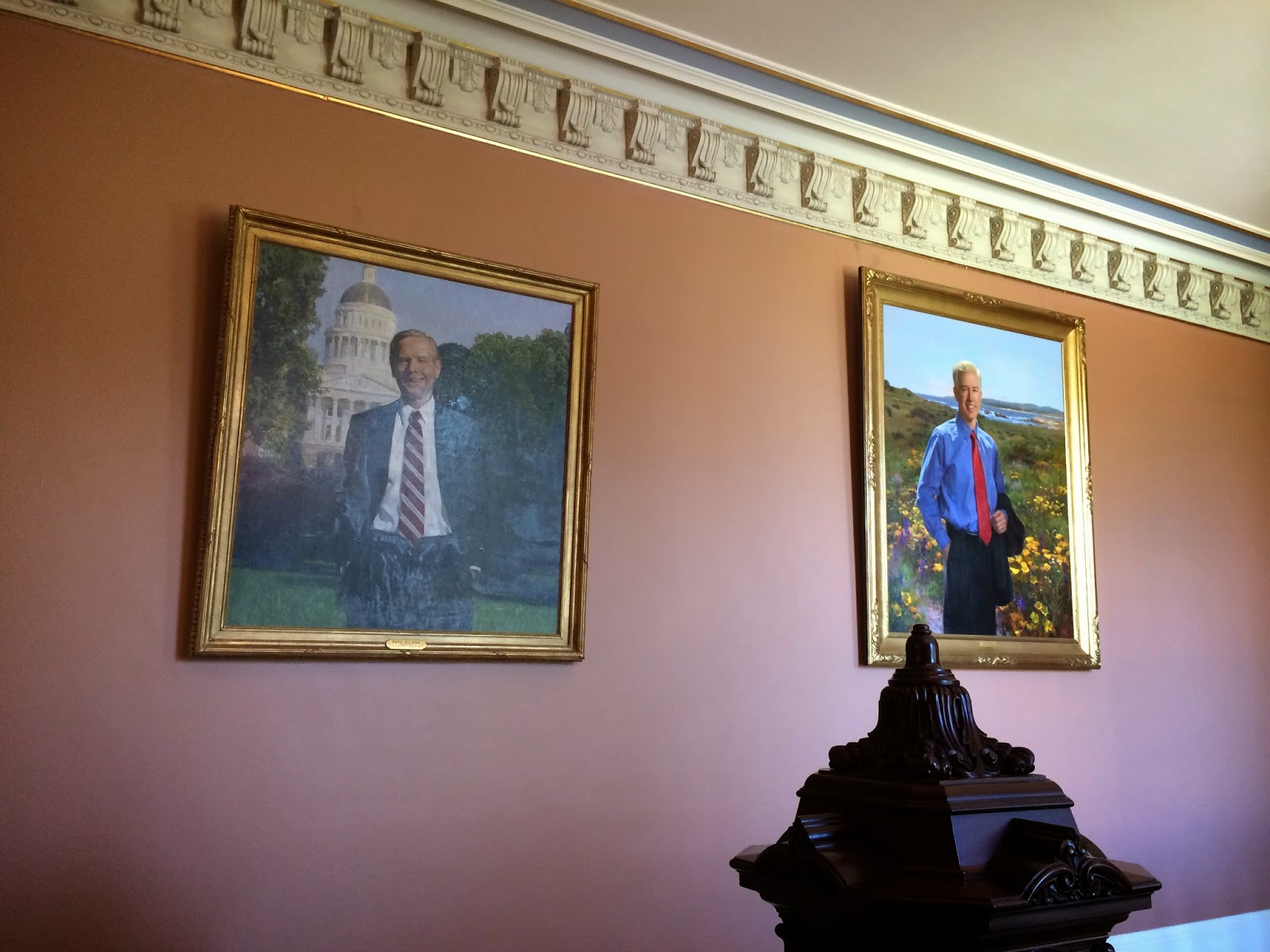 They said that each Governor gets to pick their own artist to paint their picture. I like how Jerry Brown's is so different. 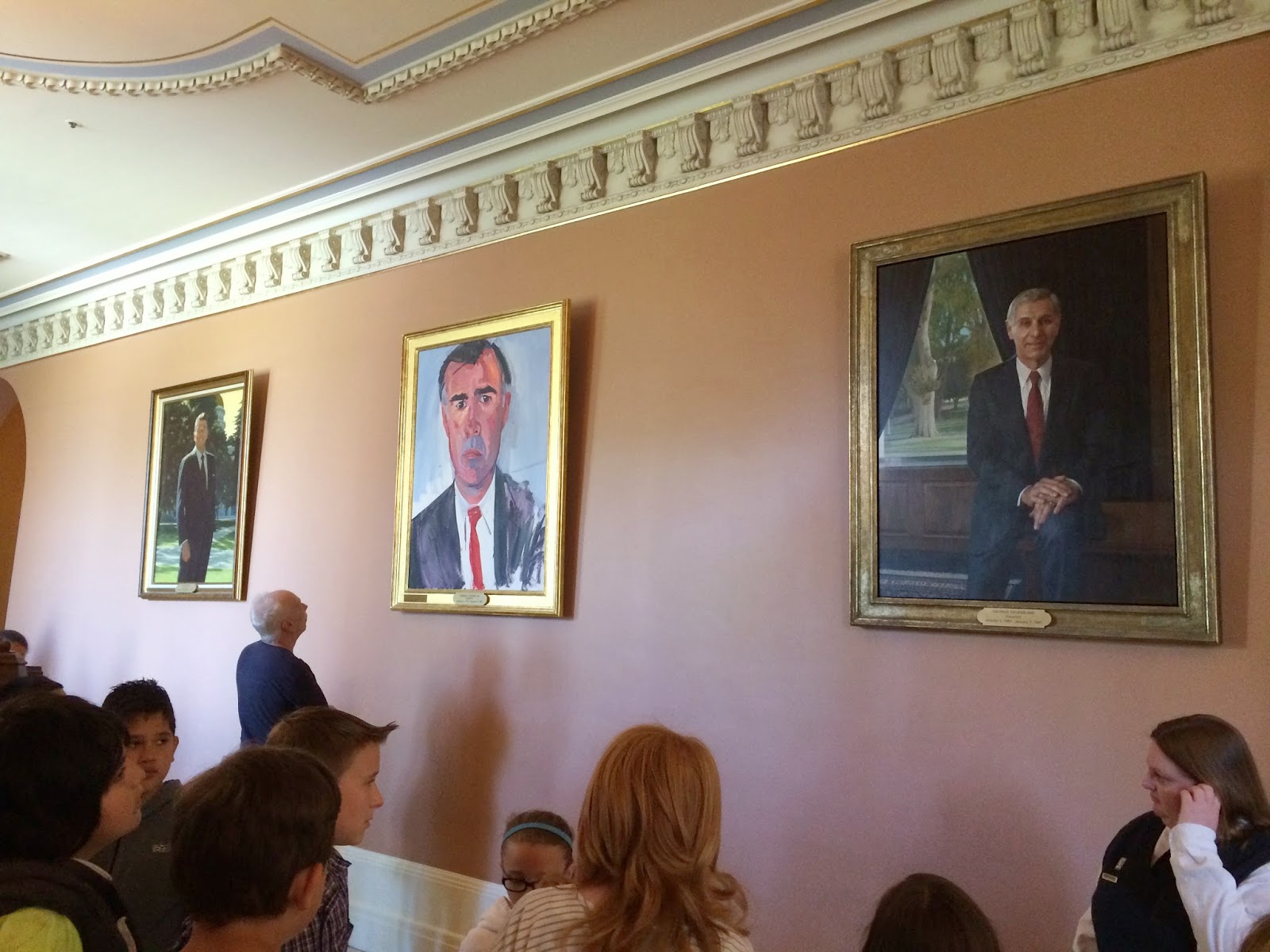 Around the center area (looking up would be the dome) 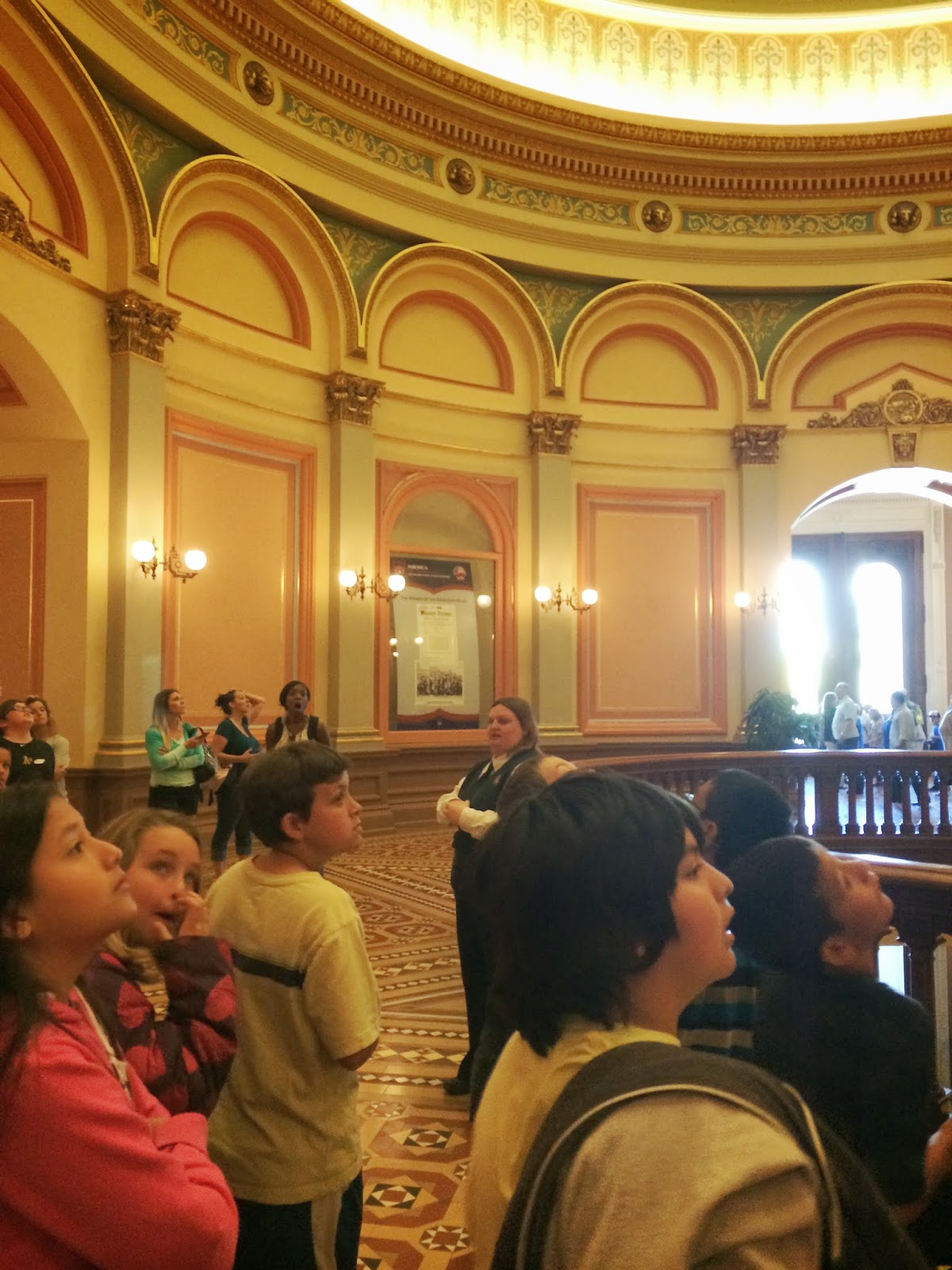 I would have liked to walk around a bit more but we only had a little bit of time there.  We ended up back outside by a rose garden waiting for the buses. 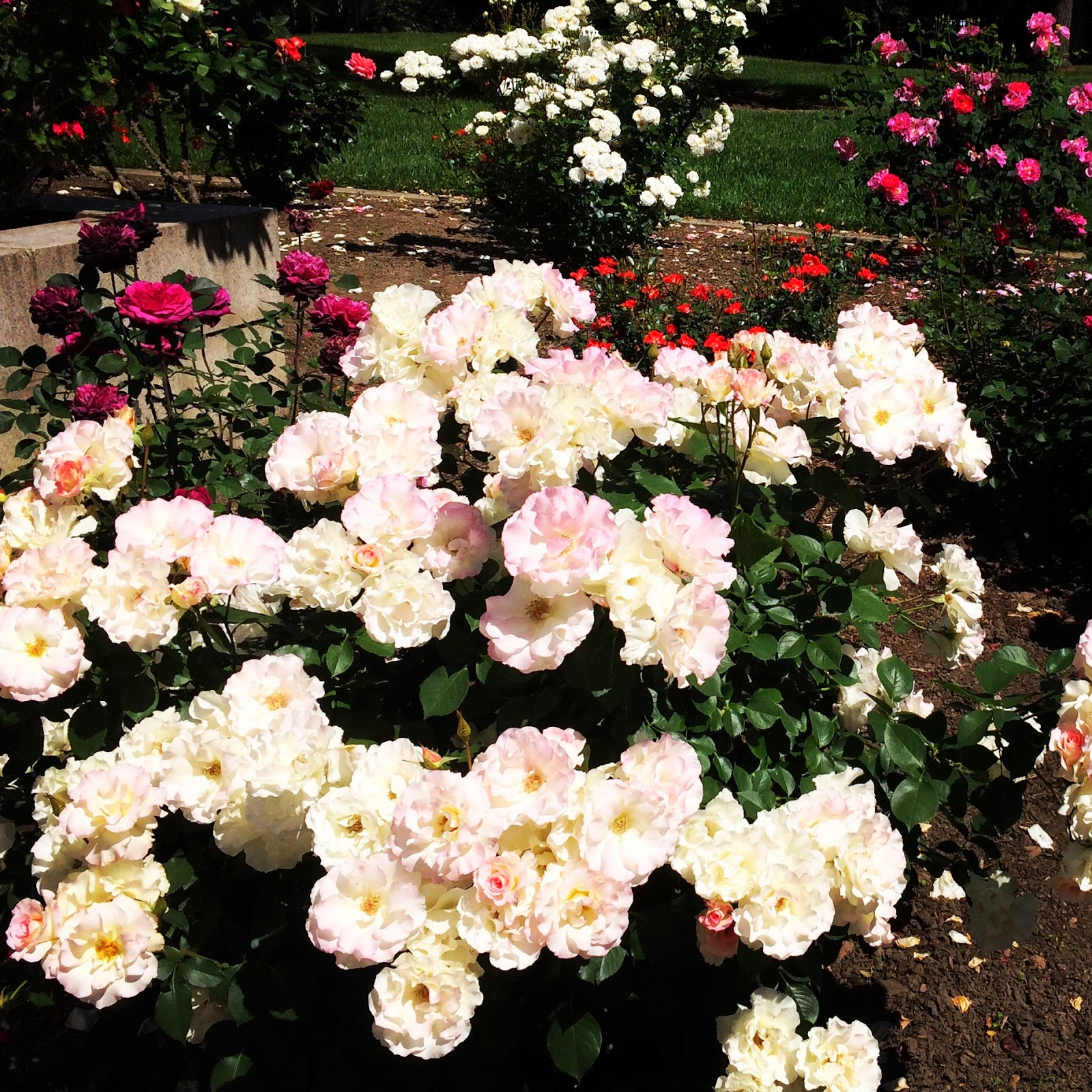 The kids got on the bus and we moms got back in my car and we drove right down the street to Old Sacramento. I love Old Sac and have been there a ton of times. Today we got to park for free thanks to that placard!

We met the kids and ate lunch and then had just enough time to go to the bathroom, walk down one row of shops and look around in a couple stores and then walk back again. I was like WAIT I need more time!!

I had five kids in my group, including Trevor and they were a great bunch of kids.

They spent a ton of time in a toy store. I finally was like ok I'll wait by the door for when you guys are ready...This guy is outside the store . That's a lot of little yellow Legos. 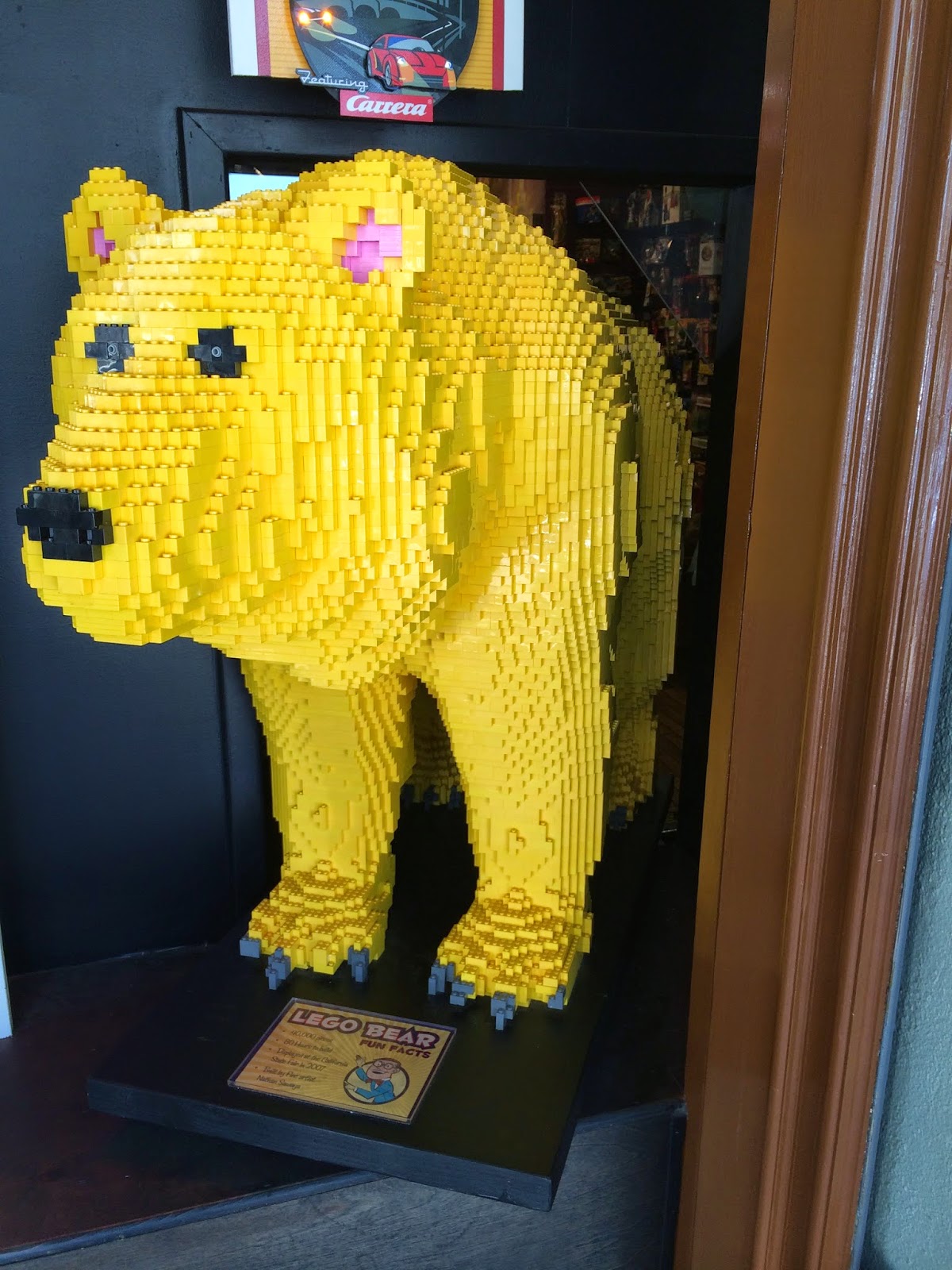 We finally made it down to the candy store that they all wanted to go to.

When we walked in one of the kids said "now don't go acting like we're a bunch of kids in a candy store". 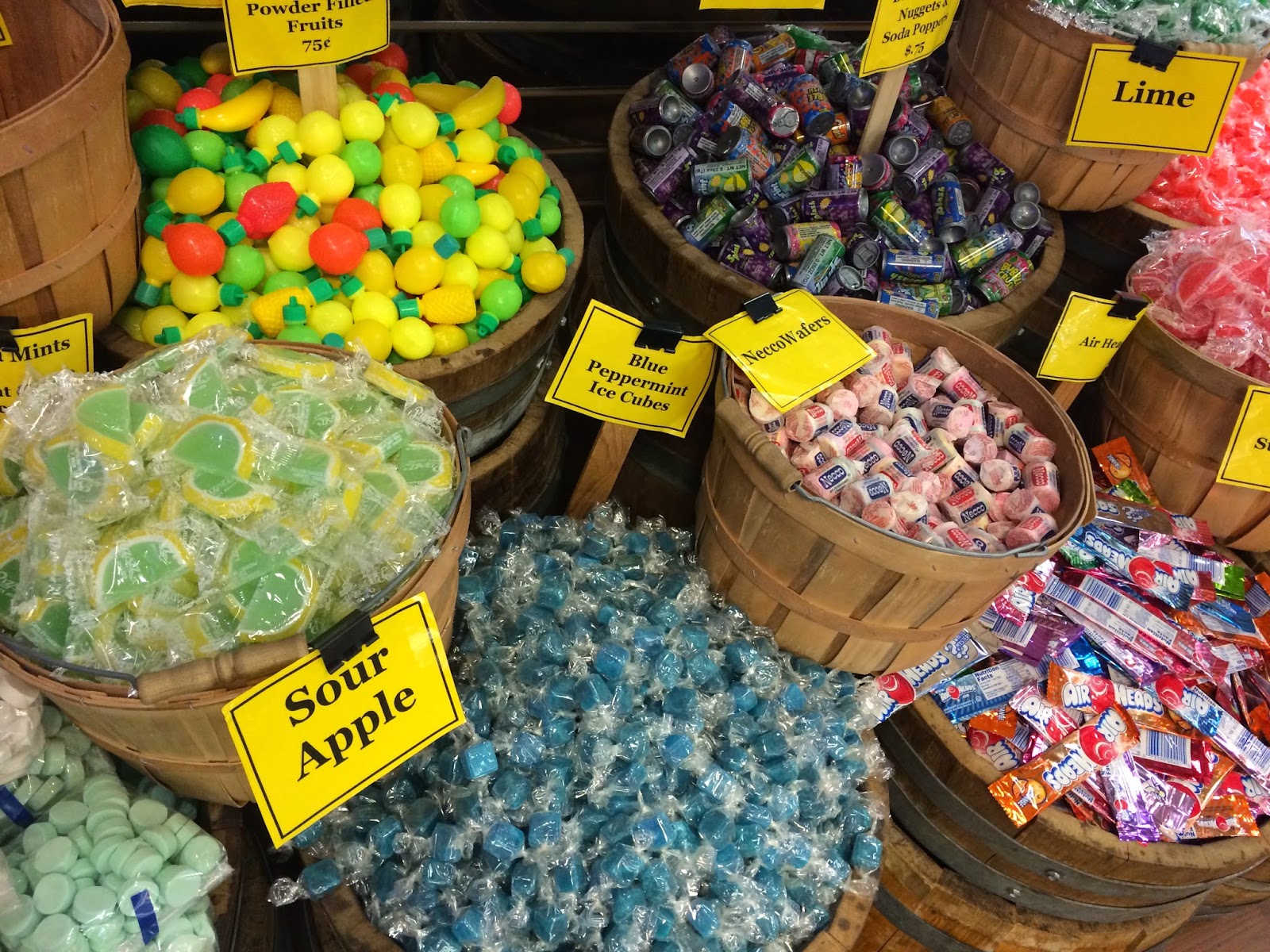 They were offering free samples of chocolate covered crickets. This guy took one. Haha LOVE. 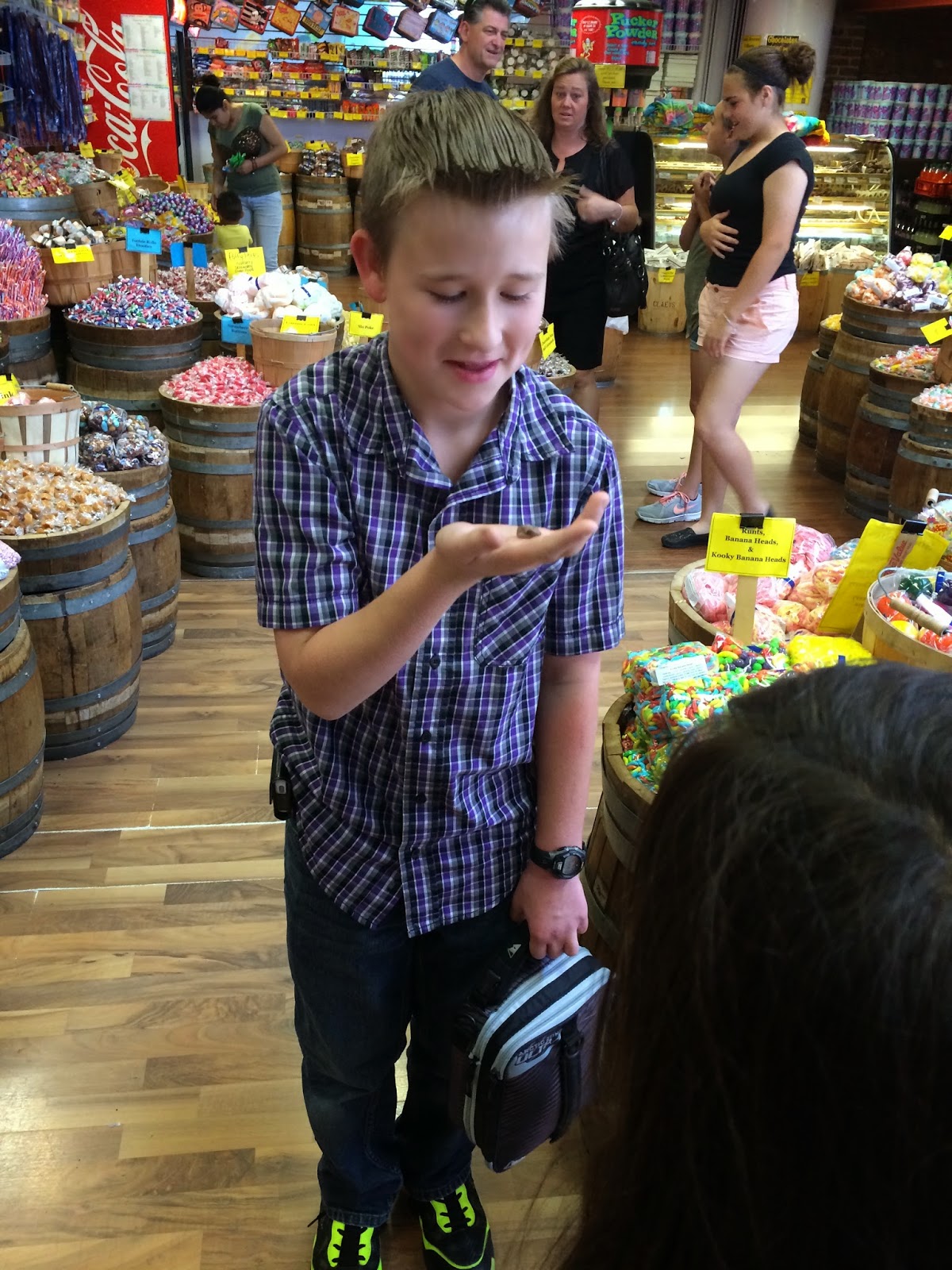 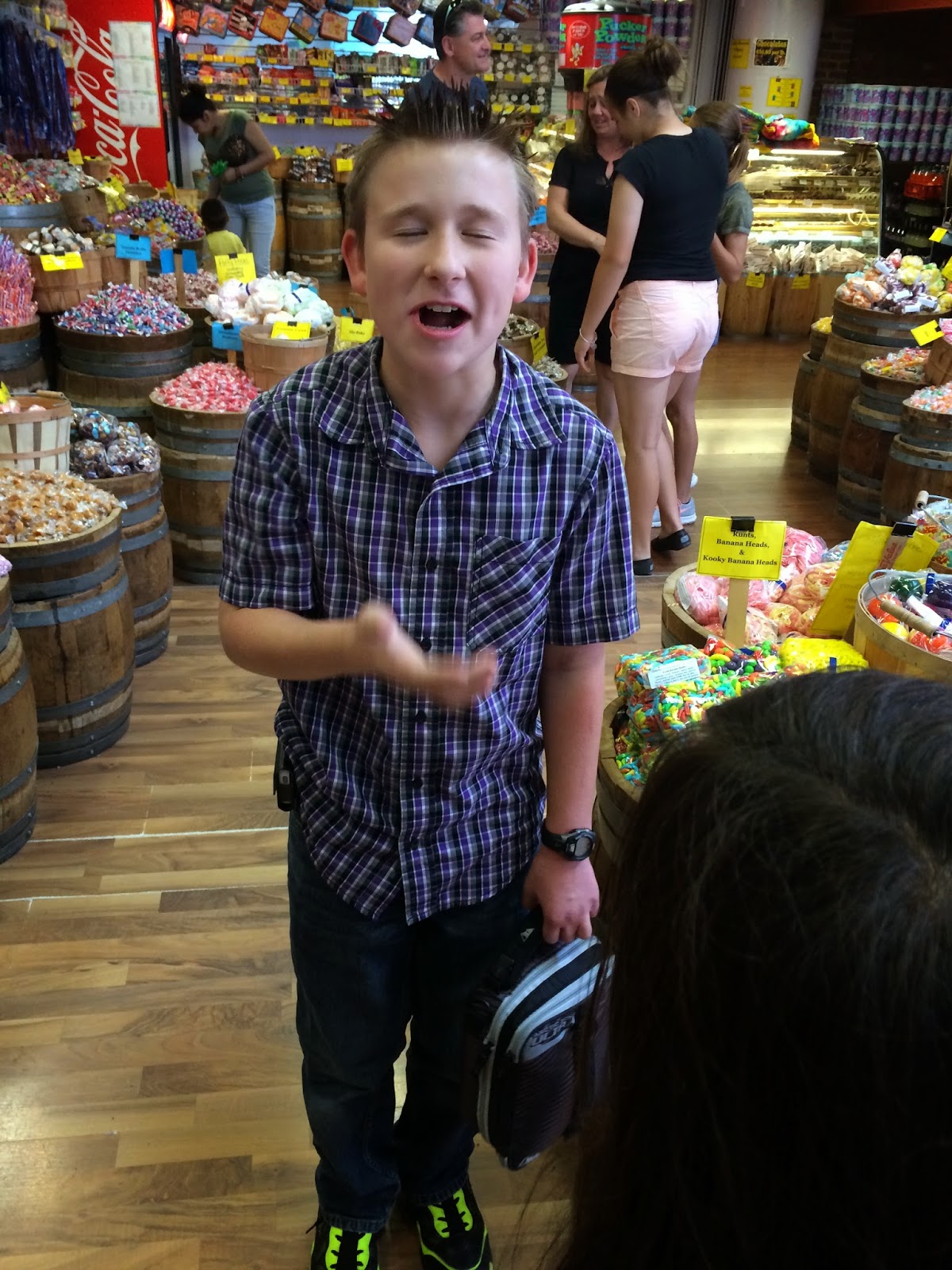 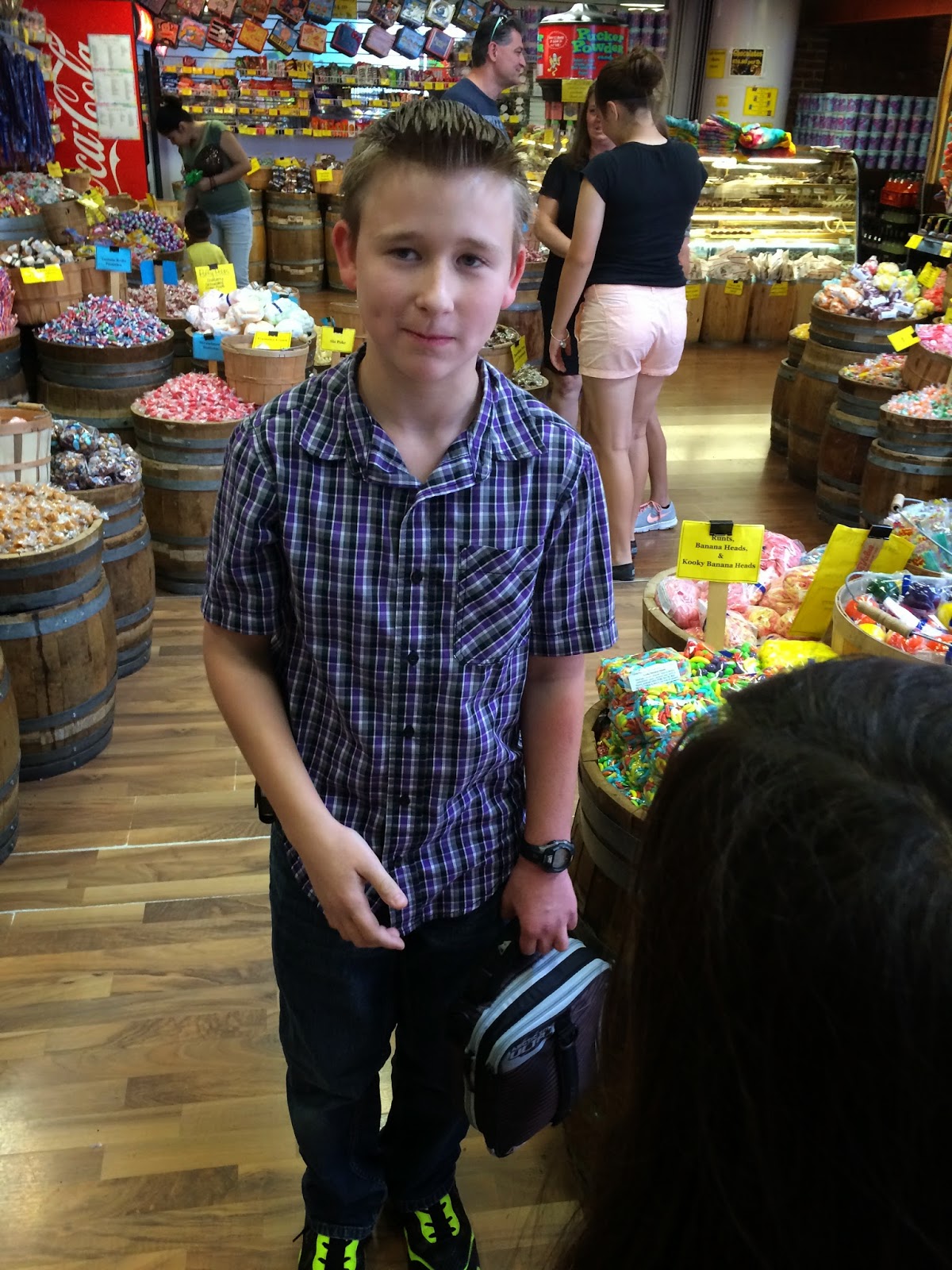 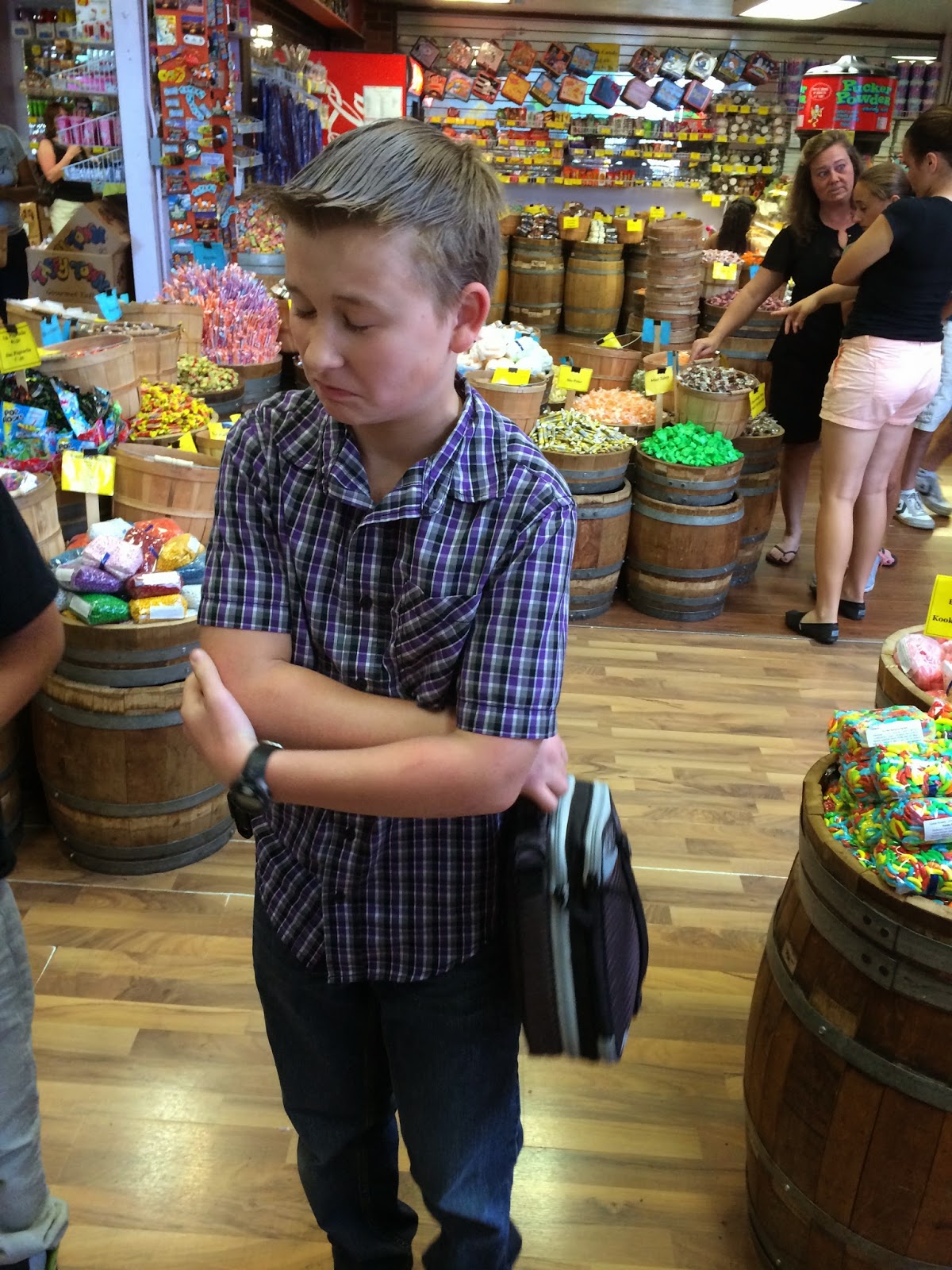 Apparently the after taste wasn't the best haha.

I had to kind of rush them in there because we had to walk all the way back to the bus area in like 5 minutes. I could have used at least 4 more hours there.

Great ride home with the moms. I was kind of sad to see them go!
Pin It
Posted by Julie H at 11:23 PM

Wow what a gorgeous building! Those ceilings are to die for.
What a lovely way to spend a day.
As for the chocolate cricket? MEGA YUK!
Poor kid, it's a wonder he didn't spit it out... I sure would have.

Here in New Zealand a 'potty' is a little plastic baby potty, not for grown ups!