Saturday morning there was no sleeping in. We were up bright and early to go to Santa Cruz Beach Boardwalk to celebrate Melissa's birthday. She invited her friend and we picked her up on the way.

We got there right when the park opened and we could pretty much just walk onto the rides. It was great! I can't do many rides so it's kind of a waste for me to buy an all day pass but I got one anyways.

Melissa and her friend went off on their own and Scott, Trevor and I spent the rest of the day together.

First up? The Undertow, which is their new ride. The little car spins around and goes backwards. Nope. Not doing that one. 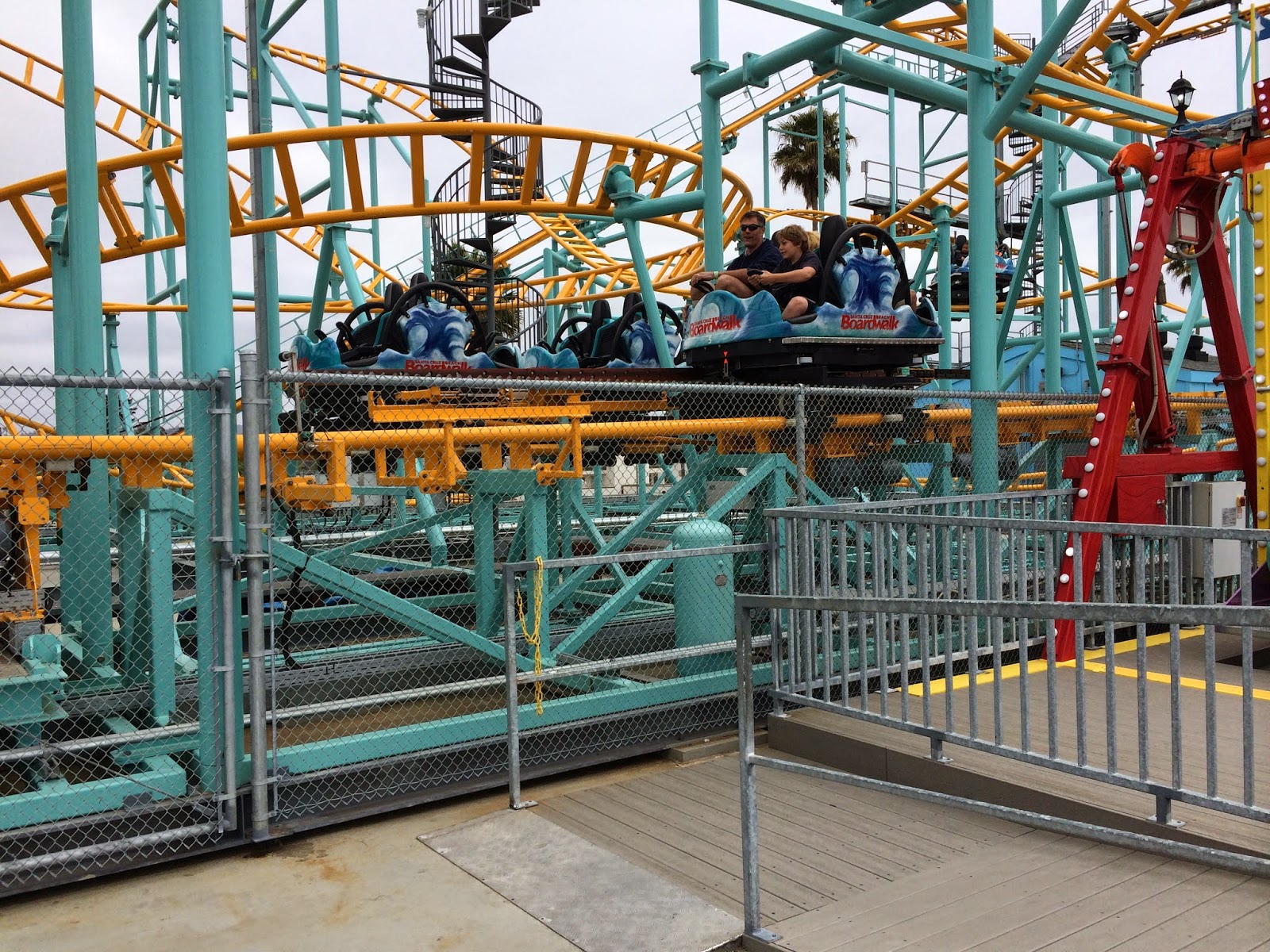 Giant Dipper, sure I'll do that one (several times) 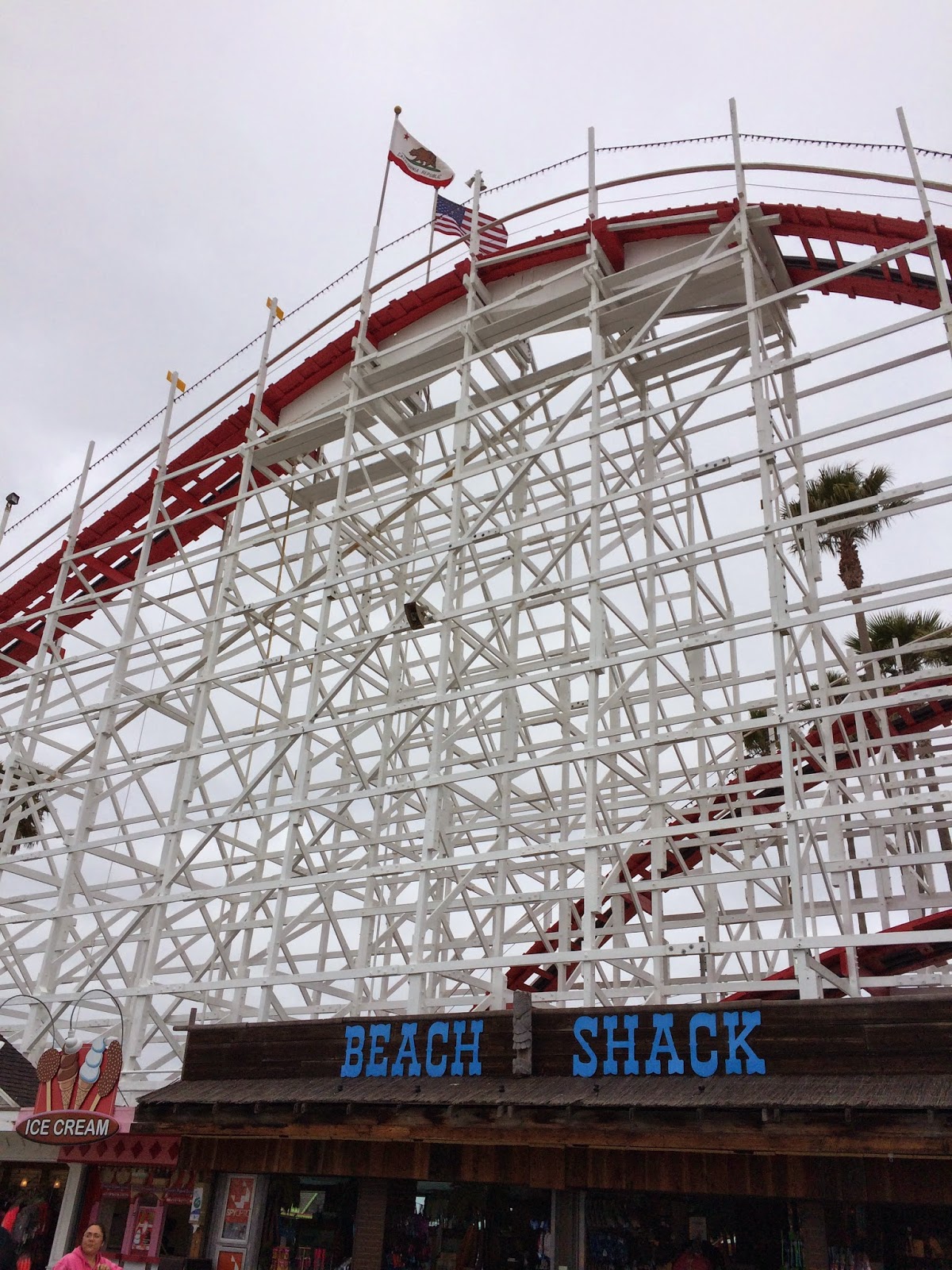 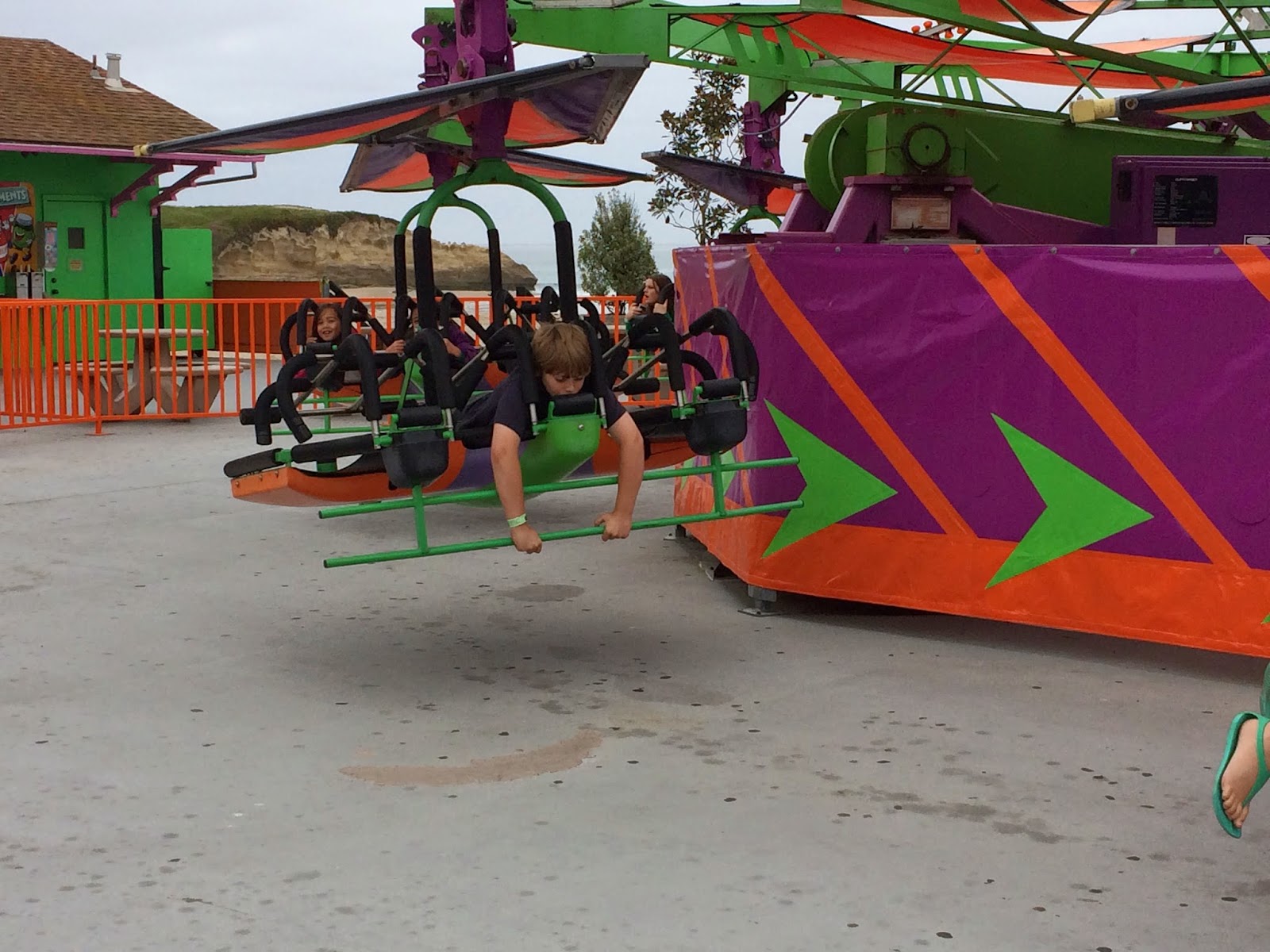 Swings? HELL NO. Have fun! 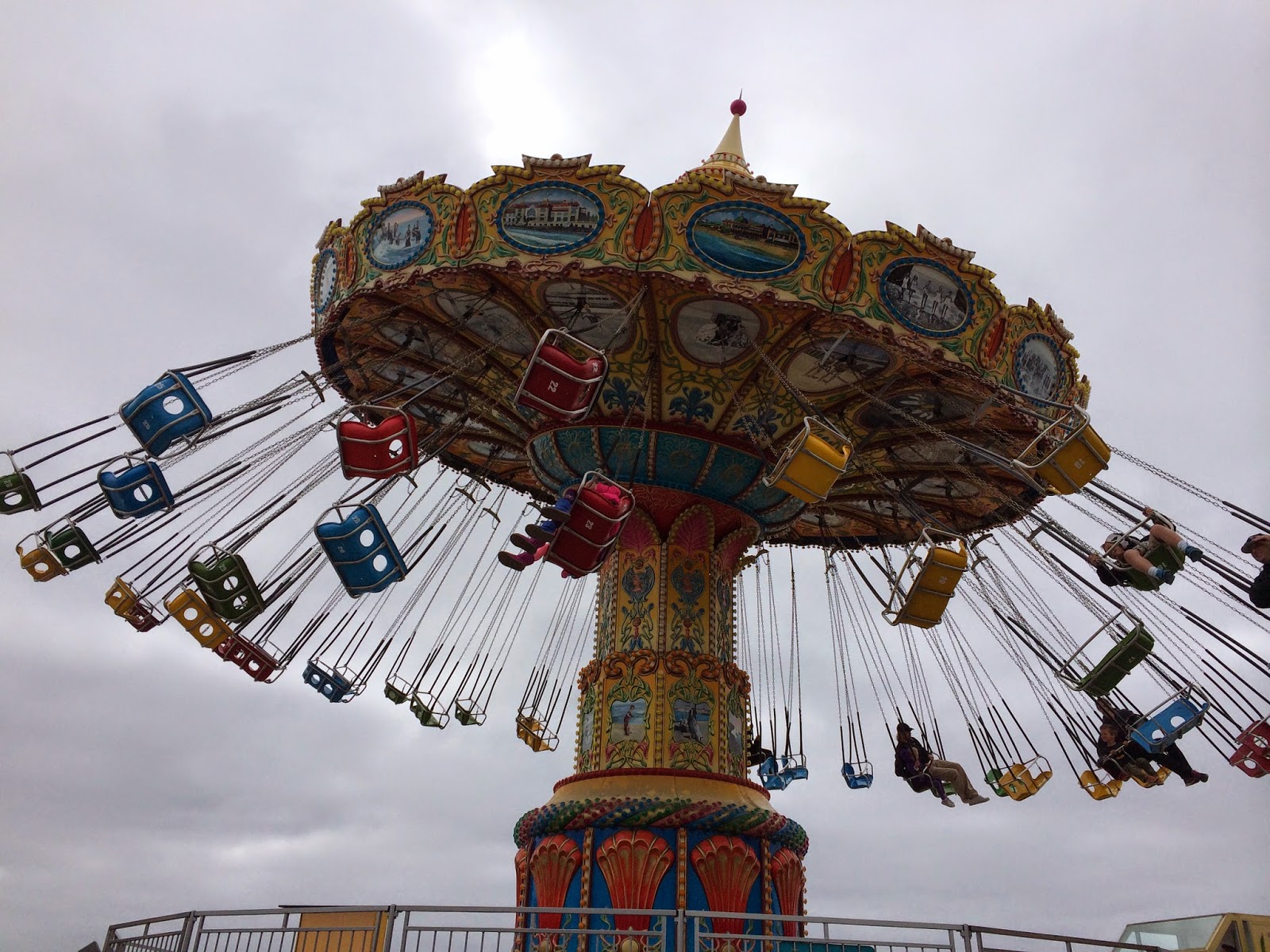 Somehow I got tricked into to going on "Wipe Out" which was kind of like the tilt a whirl in the dark with loud music. Yep, going in circles still make me nauseous.

So yeah I spent most of the day just hanging out while Trevor and Scott went on rides. It's ok though. It was a nice day and hey we were on the boardwalk.

Trevor liked this big gumball machine (that had jawbreakers in it) 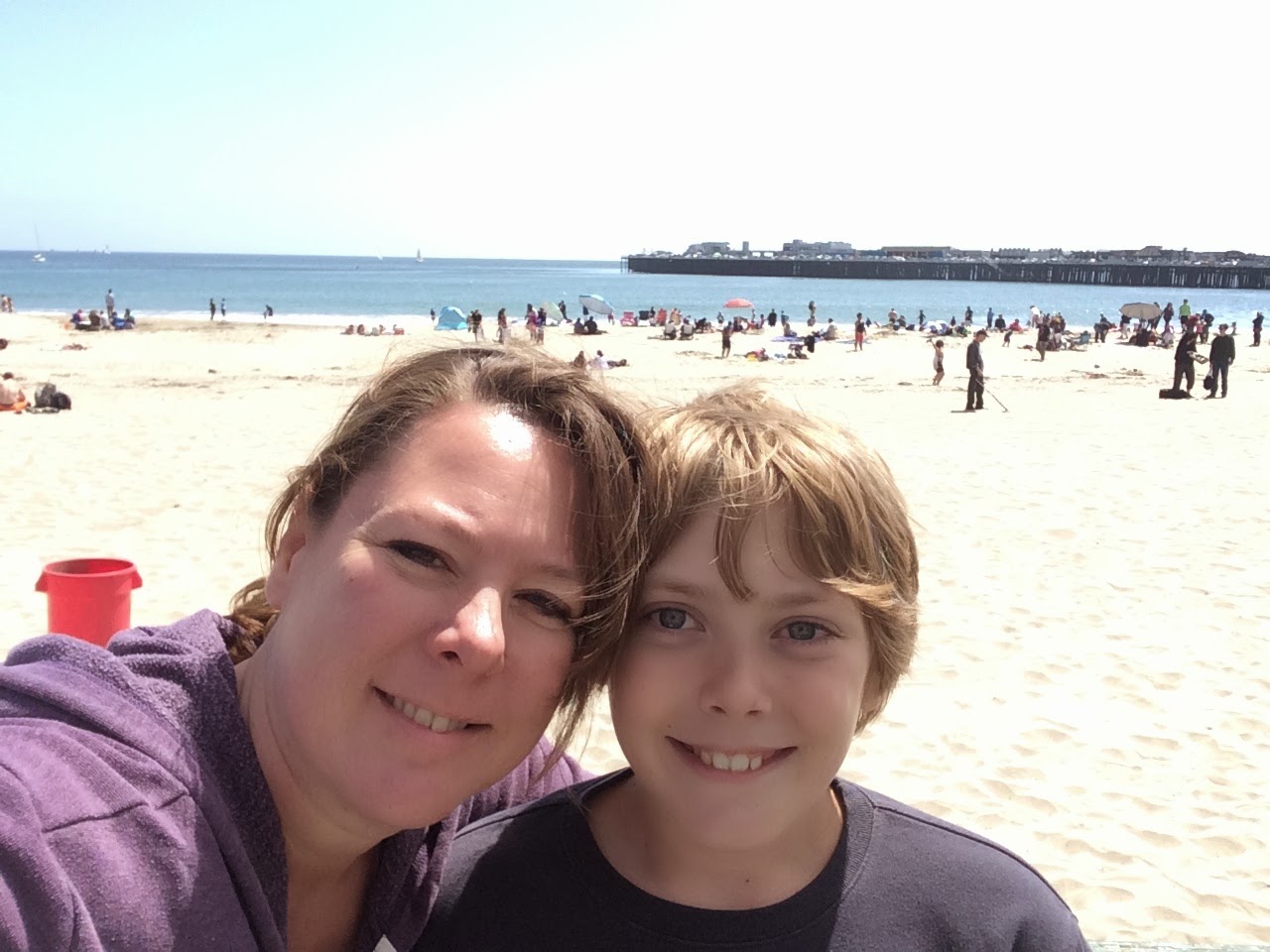 For the first time ever we played miniature golf there. That was fun. This one part was kind of in the dark with black lights. 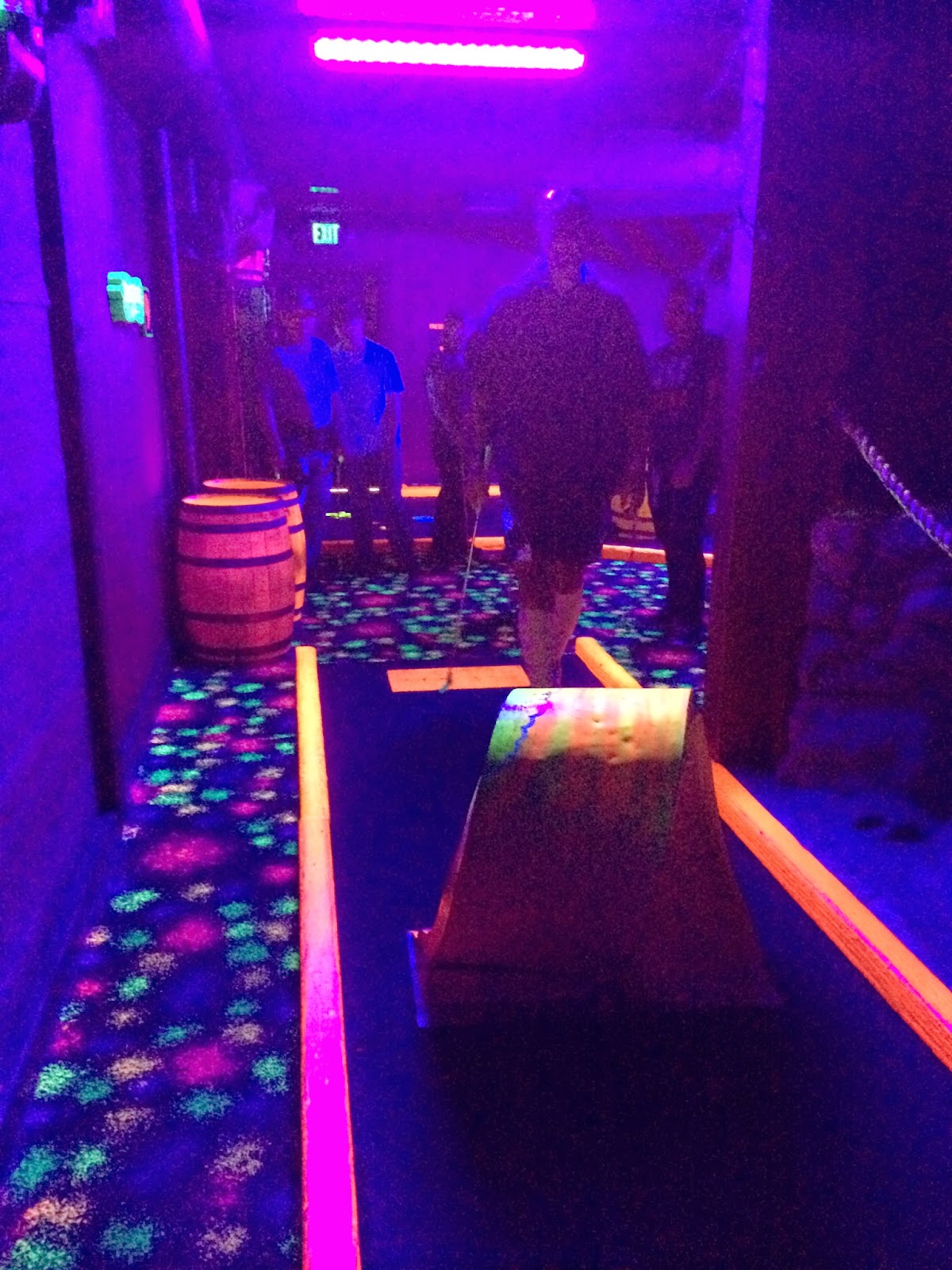 A view from upstairs. 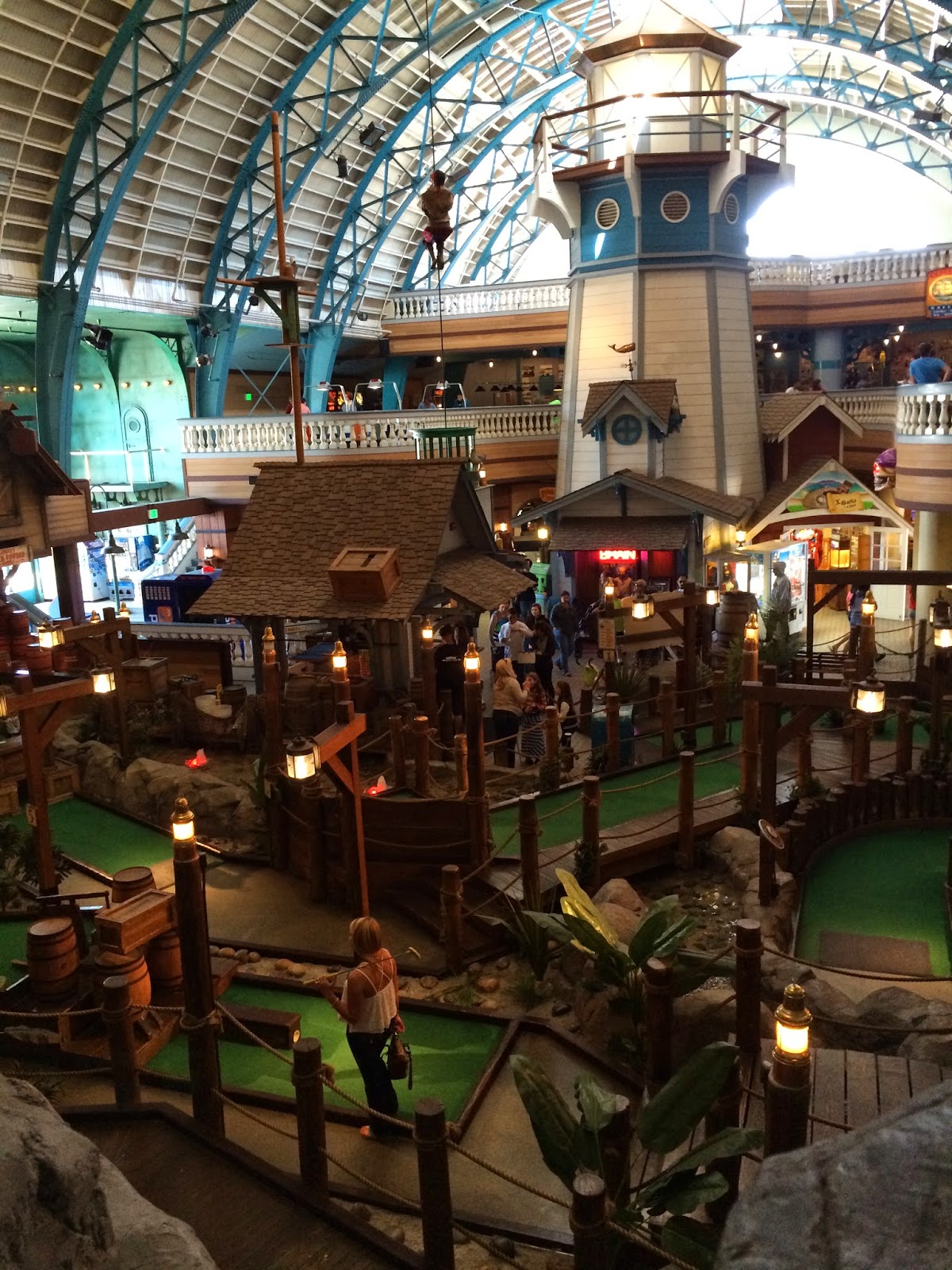 What's cool is that this area used to be a giant pool back in the "olden days".

After mini golf we played some air hockey and then went back outside.

Trevor wanted to do the rock climb wall. We had a coupon for it to be free so we let him do it. He got about 3/4 of the way up then said he was done. Which was better than all the other kids we watched do it while we were waiting in line. He said his knuckles were hurting. 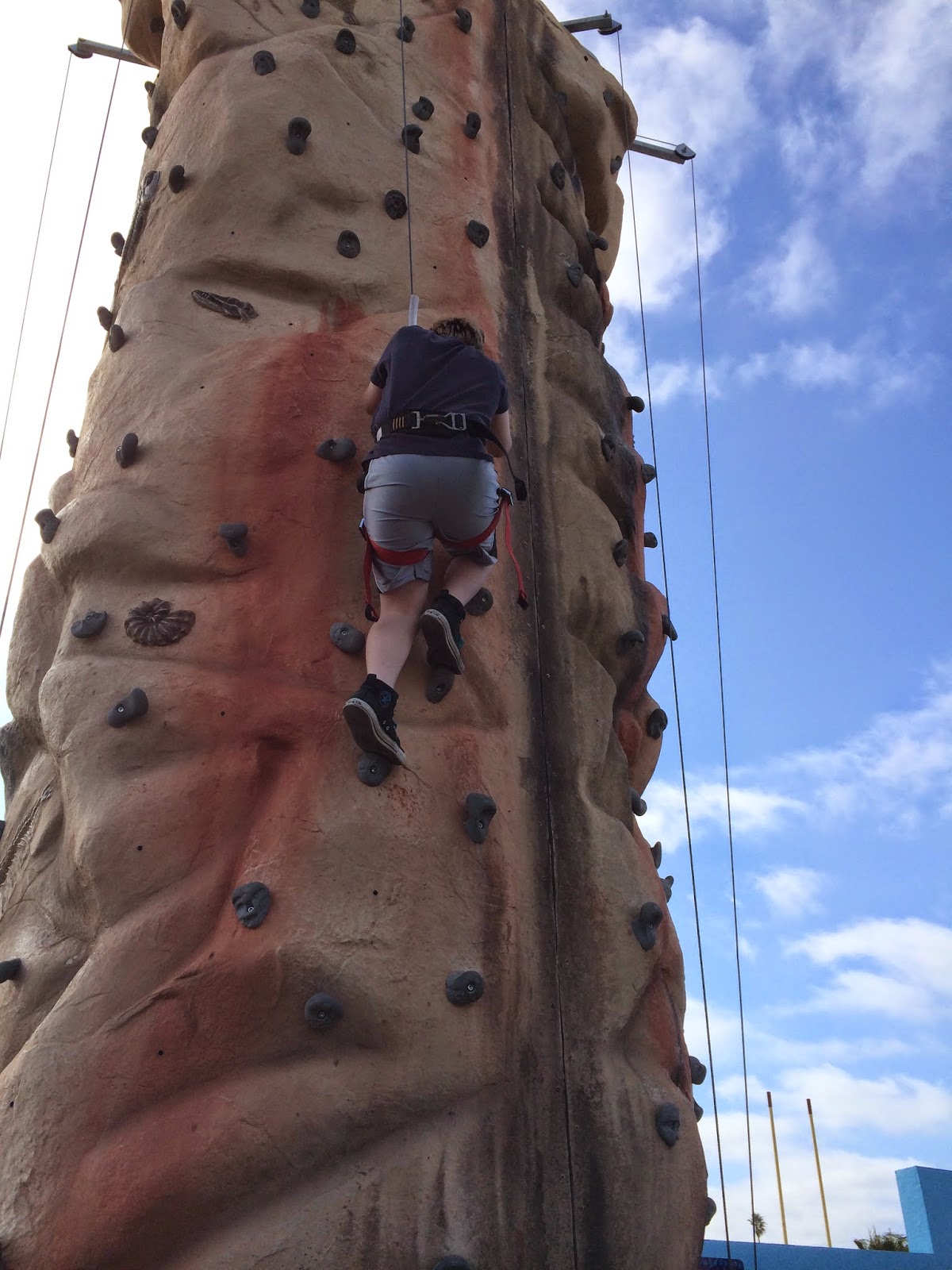 We actually saw a train on the tracks in front of the boardwalk. I've always seen the train rails but no train so that was kind of cool. Maybe something fun to do some time. 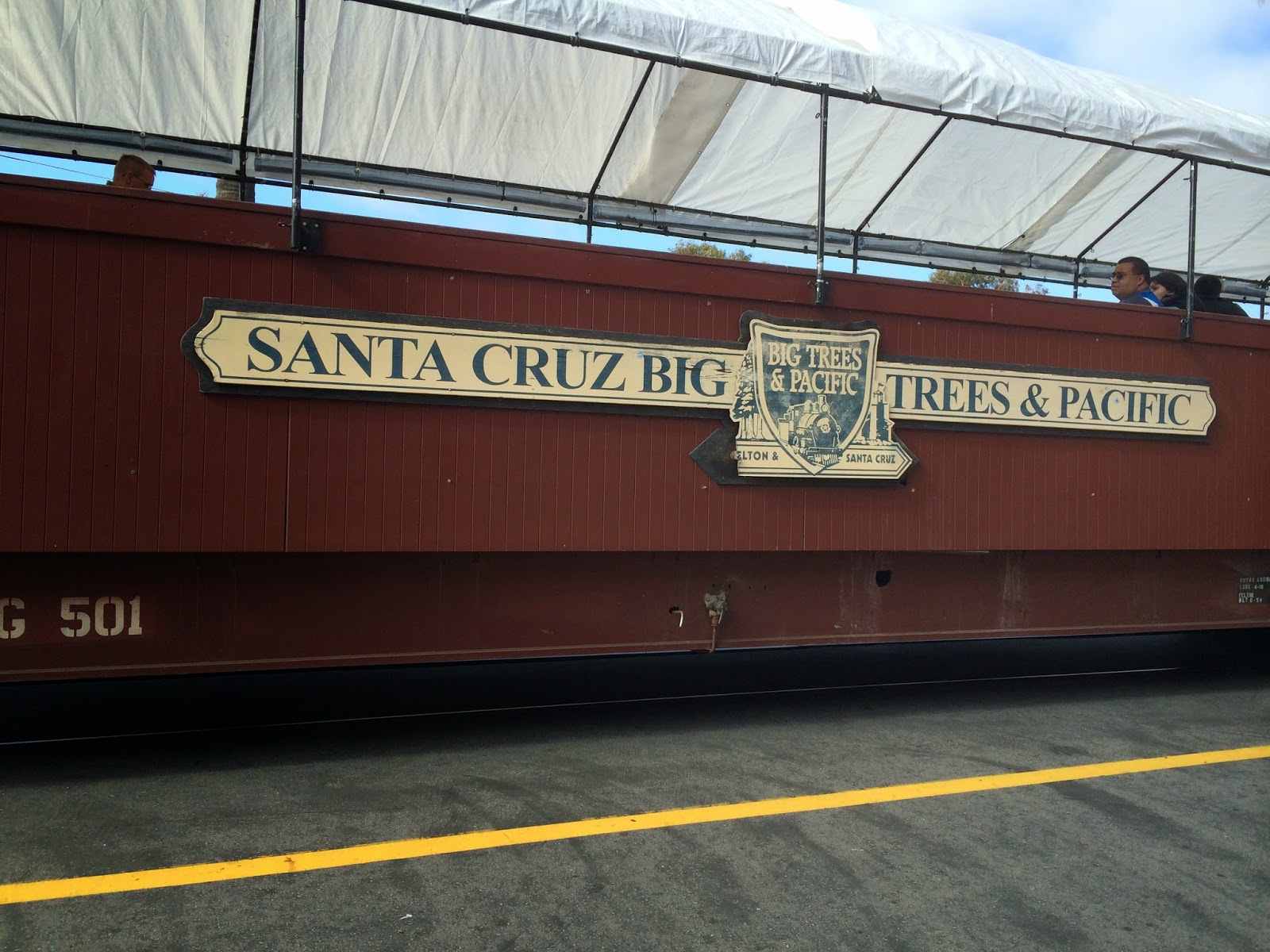 Around 6 I was freezing and Trevor had been on every ride at least 12 times (it felt like) so we rounded up the girls and started home. 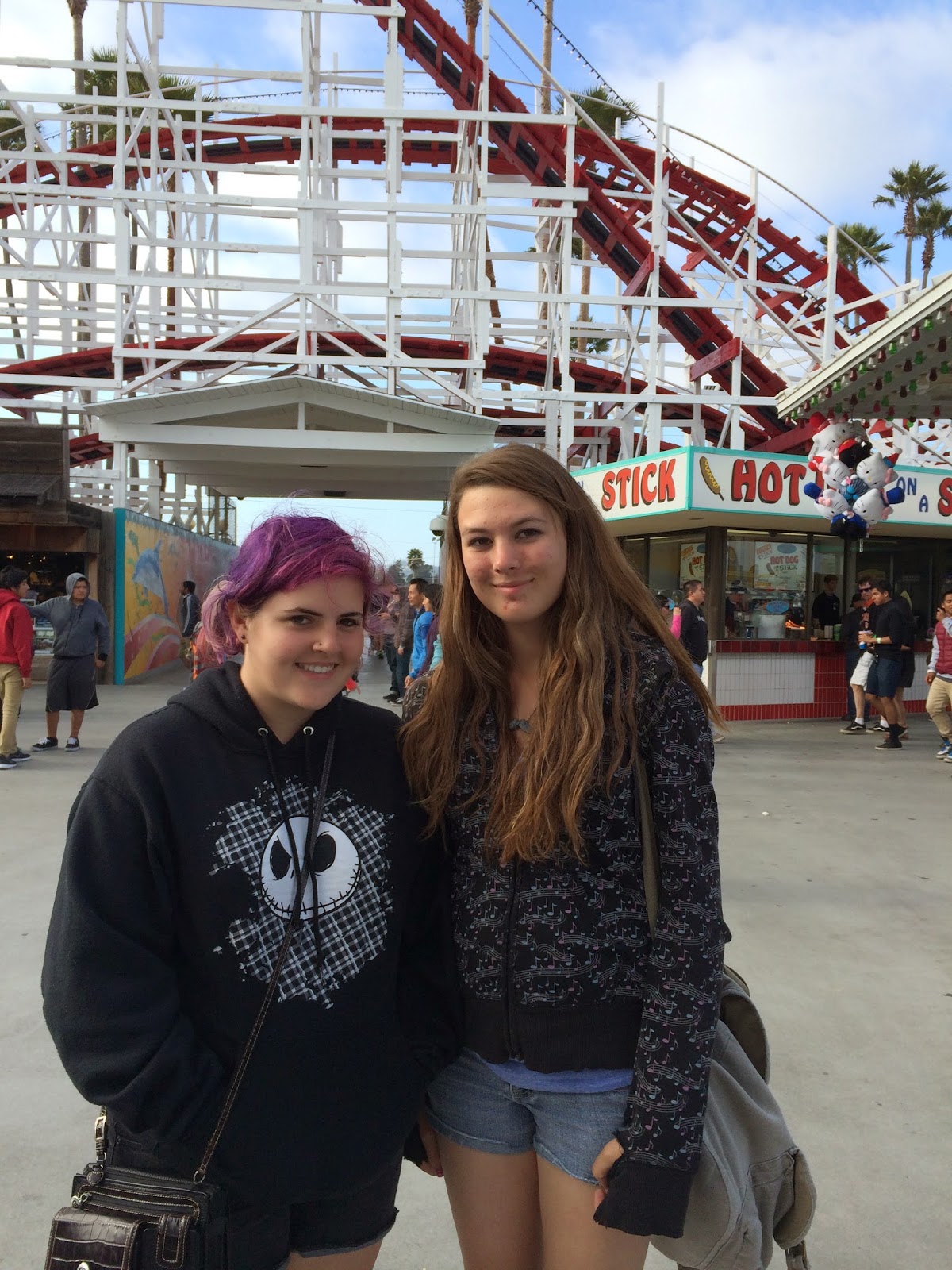 It wasn't long before these two were out haha. 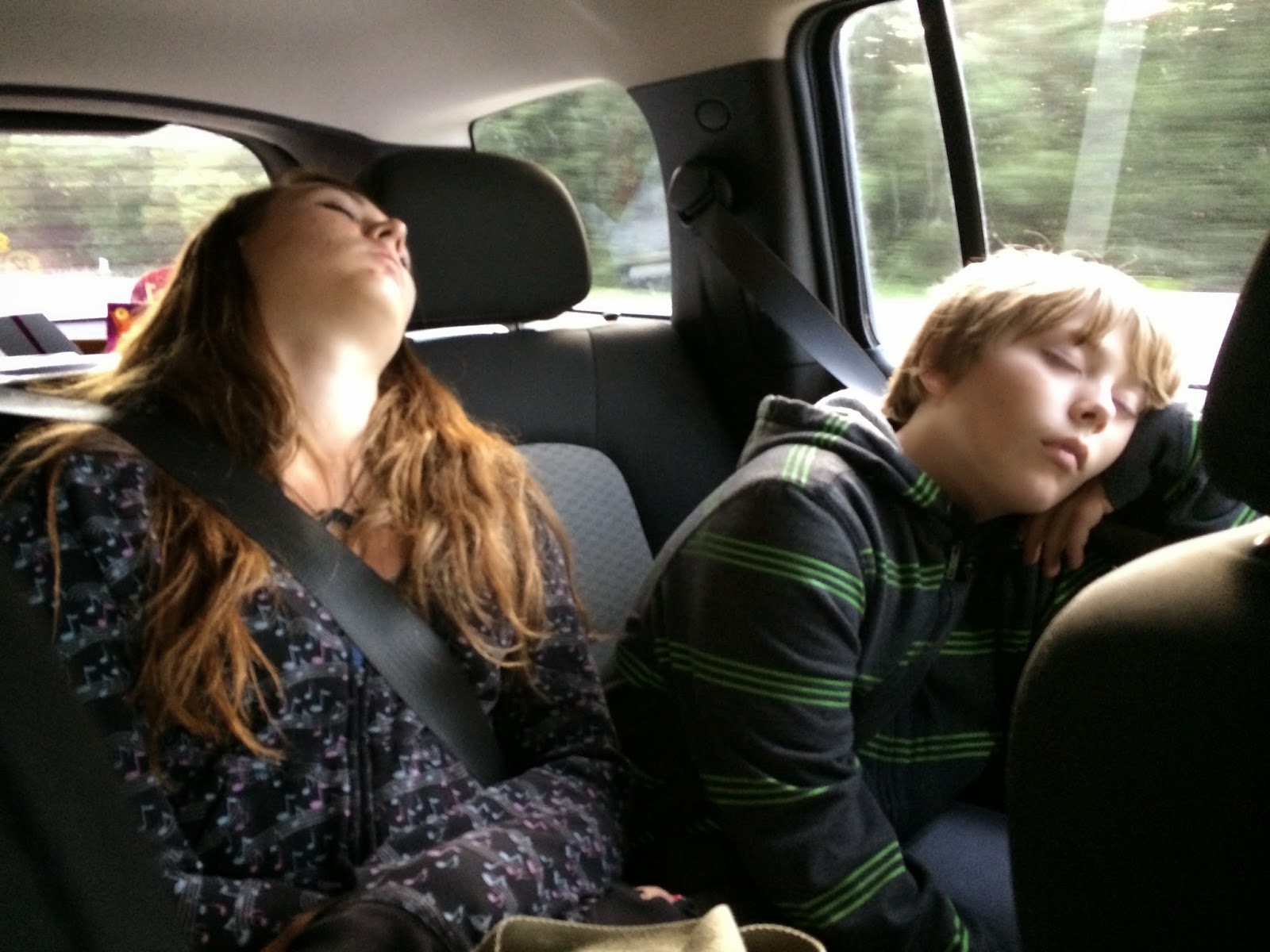 We stopped at Denny's on the way home (Melissa's choice) and then I passed out for the rest of the ride. We got home around 11 and I had to set my alarm for 5 am!

Wow! What a fun day!!! I seriously dislike the swings too!!! Went on a small version of those last year and did not feel well for the rest of the day! Ha

What an awesome place. I would love to do some of those rides.
You two kids will NOT thank you for taking that photo of them asleep!