Wednesday I made an appointment to get two new tires on my car. We always go to America's Tire since they seem to be cheapest. Now it's nice since we are in the computer they know what we need so this dumb girl can get tires on her own. We usually go to the one in Tracy and it takes FOREVER. Like at least an hour, usually longer.They opened a new one up in Manteca so that is where I went since it's on the way home from work. There was no one in the lobby waiting and they were all ready for me. (Perks to making an appointment too I guess!).

I dropped the car off and then walked across the street to the shopping center. I went to TJ Maxx in search of some new work out clothes. They have tons of active wear there and 2 trips into the dressing room later I had a bunch of stuff.

I also had a bit of fun seeing if I looked any more muscular in this pink shirt. 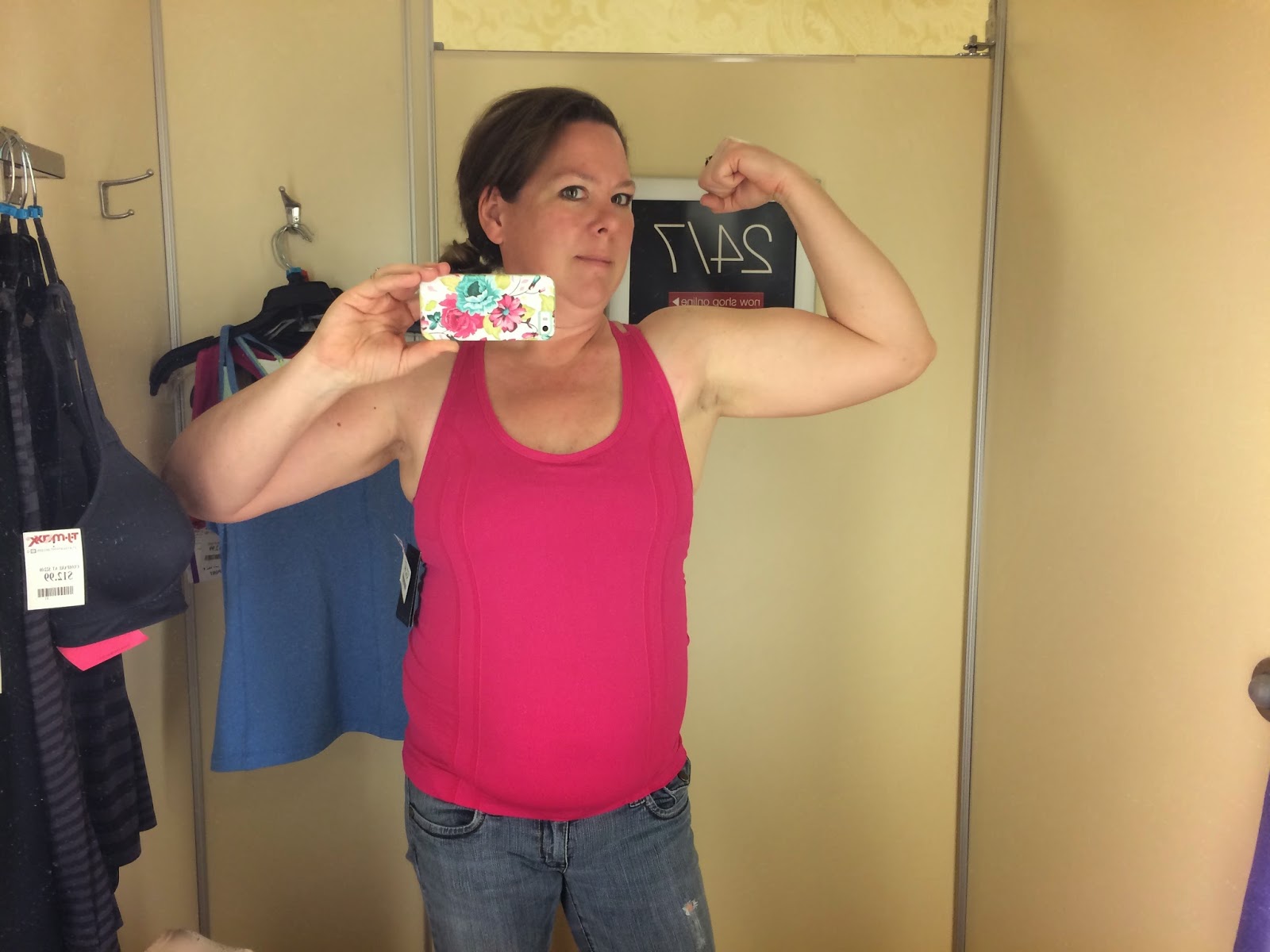 No I totally do not take myself seriously lol. (by the way I bought that one ;)) It wasn't long before the car was done. I had to cross the street to get over there and I was half way across the street when this car just flies by. Hmm nice of you to stop for the pedestrian.

Earlier in the day my friend Kristin came to our office for work and brought my bridesmaid dress for her wedding. I was pretty nervous about it fitting. When I went in to try one on I had to try up to size ginormous to get it to zip. They went from too small to too big so we took the chance and ordered the one in the middle. Thankfully it fits! 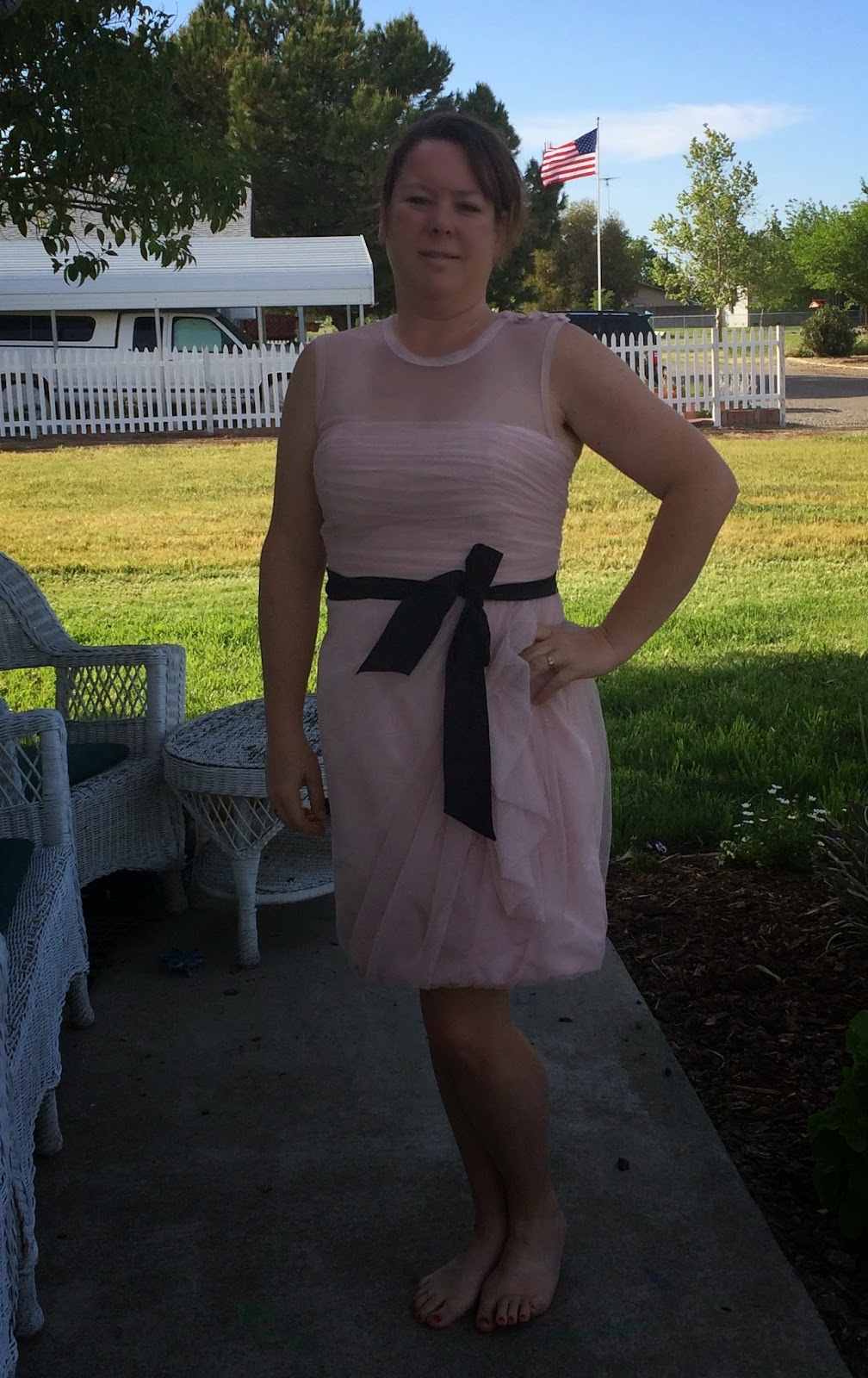 I'm going to have to do something about my farmer's tan that I can totally see through the mesh top. Plus get a strapless bra and some shoes. She's going to change the sash out for one that is a champagne color and has a jeweled clip.

I think it's kind of funny that she is having pink since pink was one of my wedding colors too. Wednesday was "National Siblings Day" and I dug out this picture of my brothers and me at my wedding. (picture of a picture don't mind the glare) 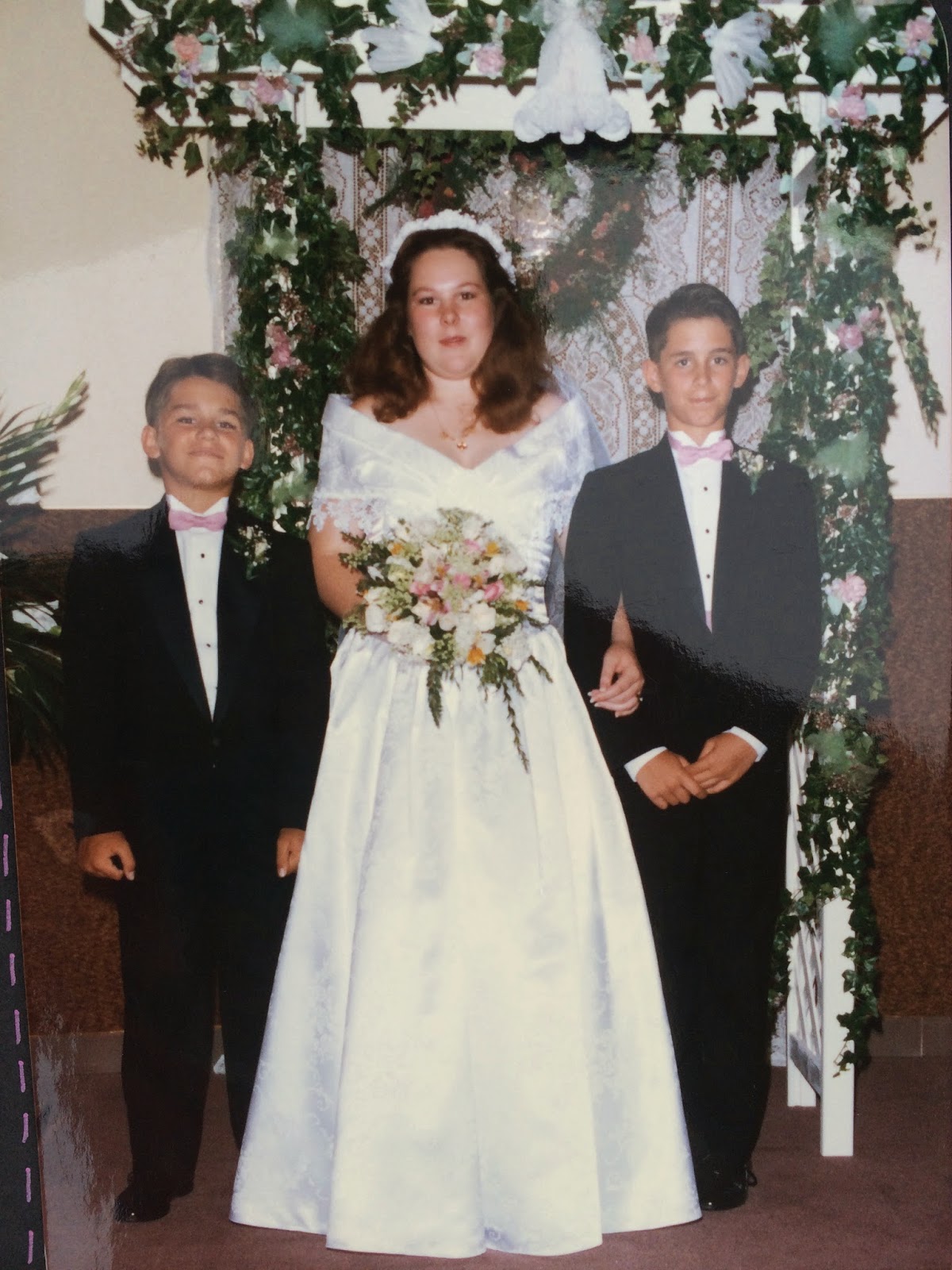 They were so cute! Hard to believe they are all grown up with a bunch of kids. Just for kicks I took one for Scott with all his siblings too.  He has 4 sisters and a brother. Which makes a family picture too big to fit on Instagram in one frame haha. 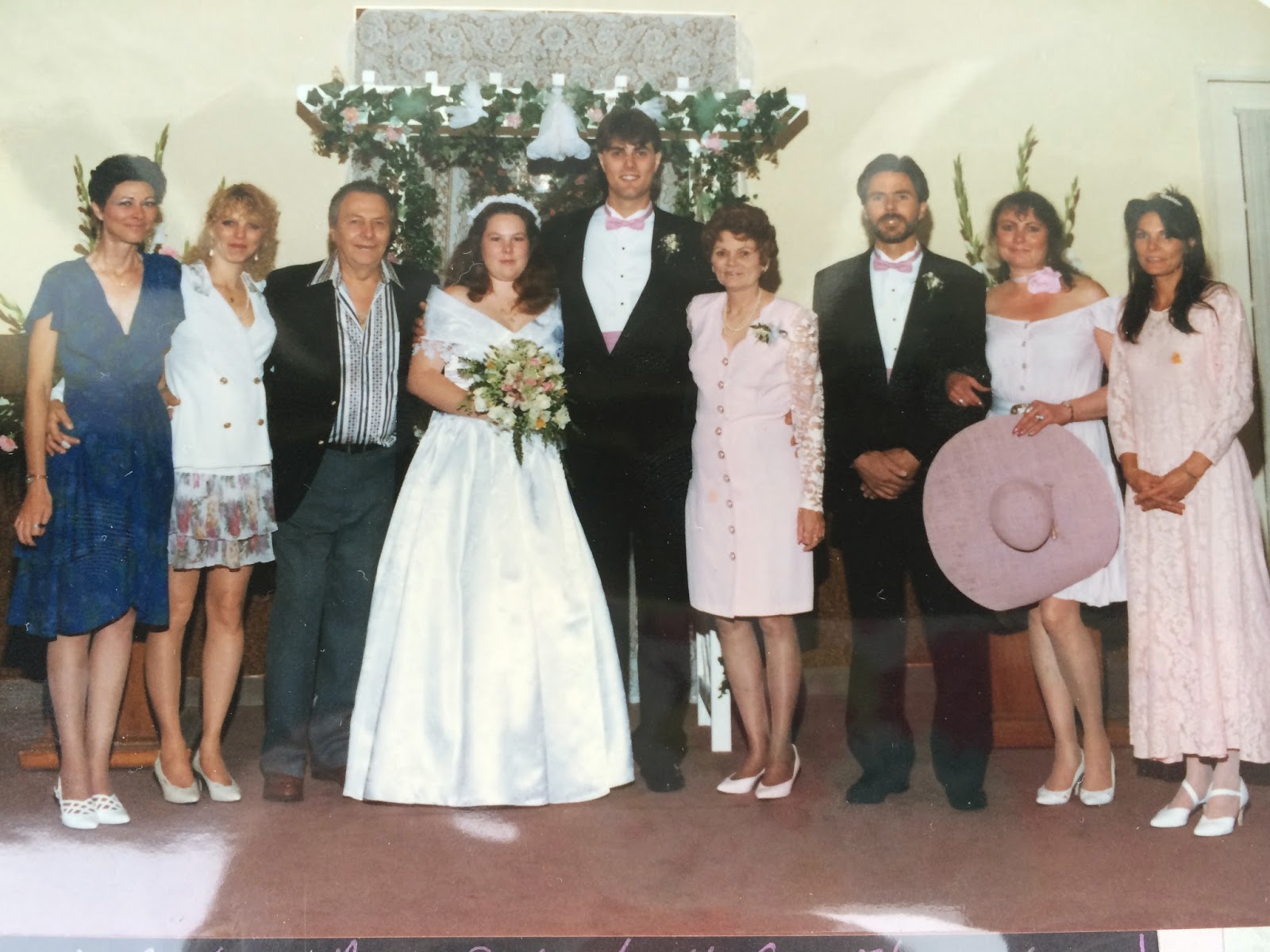 After I got home i made dinner and worked on some meal prep. I decided I needed to work on my food more. I've been eating way too much crap lately.

I made these little egg muffins. Here they are before I added the egg whites. Onion, bell pepper, tomato, mushrooms and spinach (added after the pic). 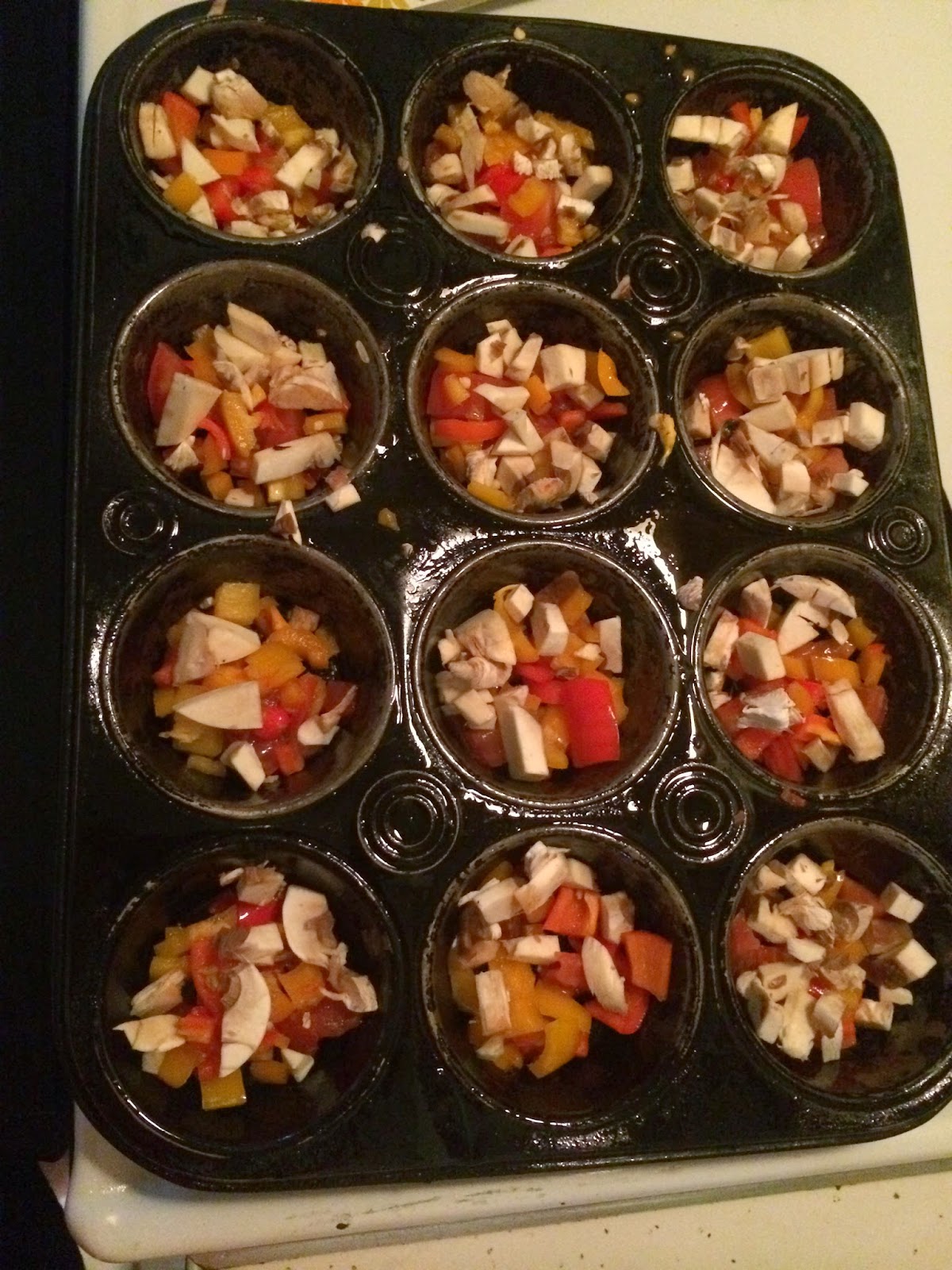 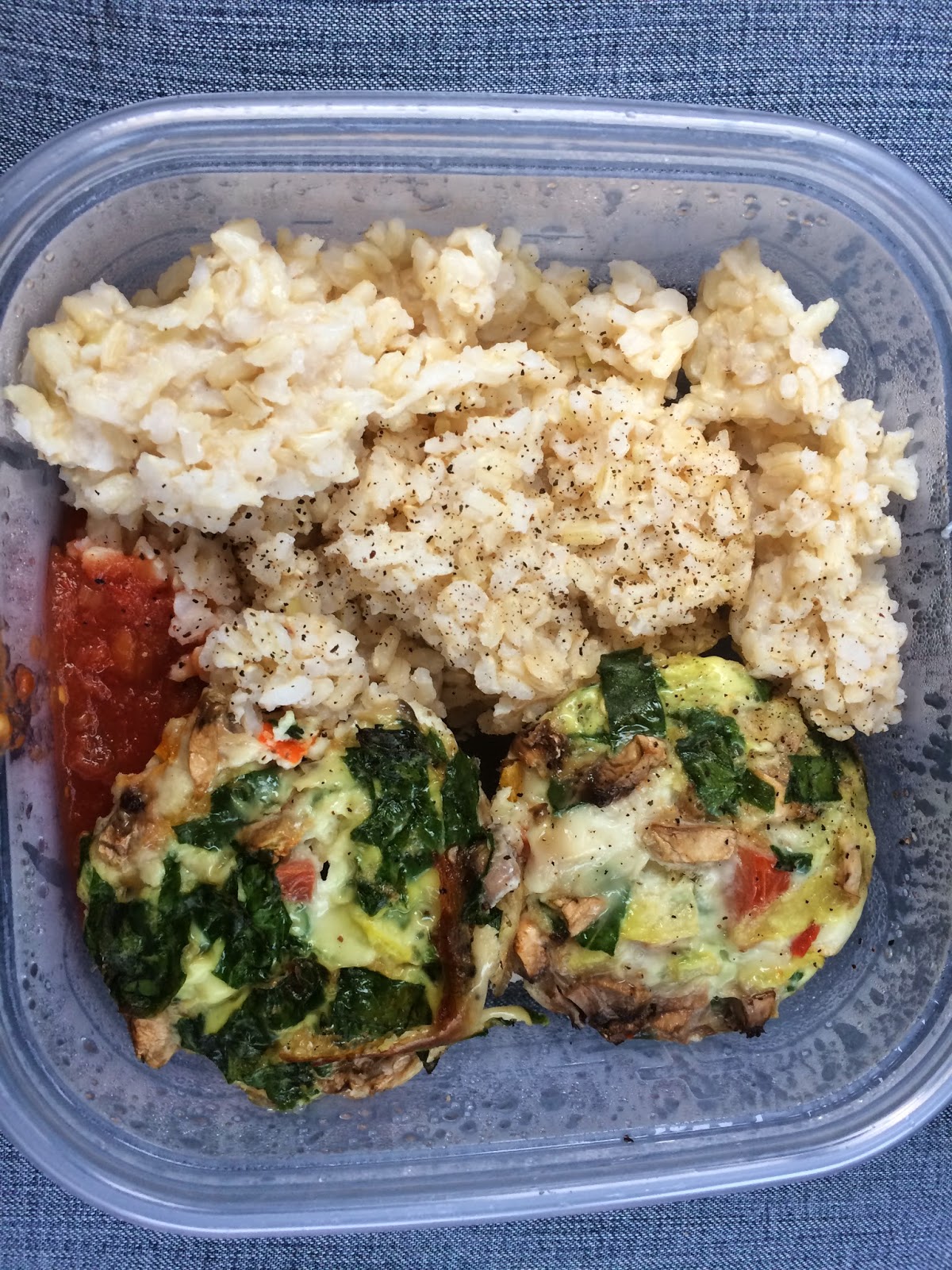 I ate them the next day with some brown rice and they are a tiny big gaggy. I don't think the rice helped much either.
They were much better when I cut them up and threw them in the skillet with some salsa on Saturday morning. Probably not the way "meal prep" is supposed to work haha. I have an idea of some other things to make for the next round. After dinner I went to the gym. 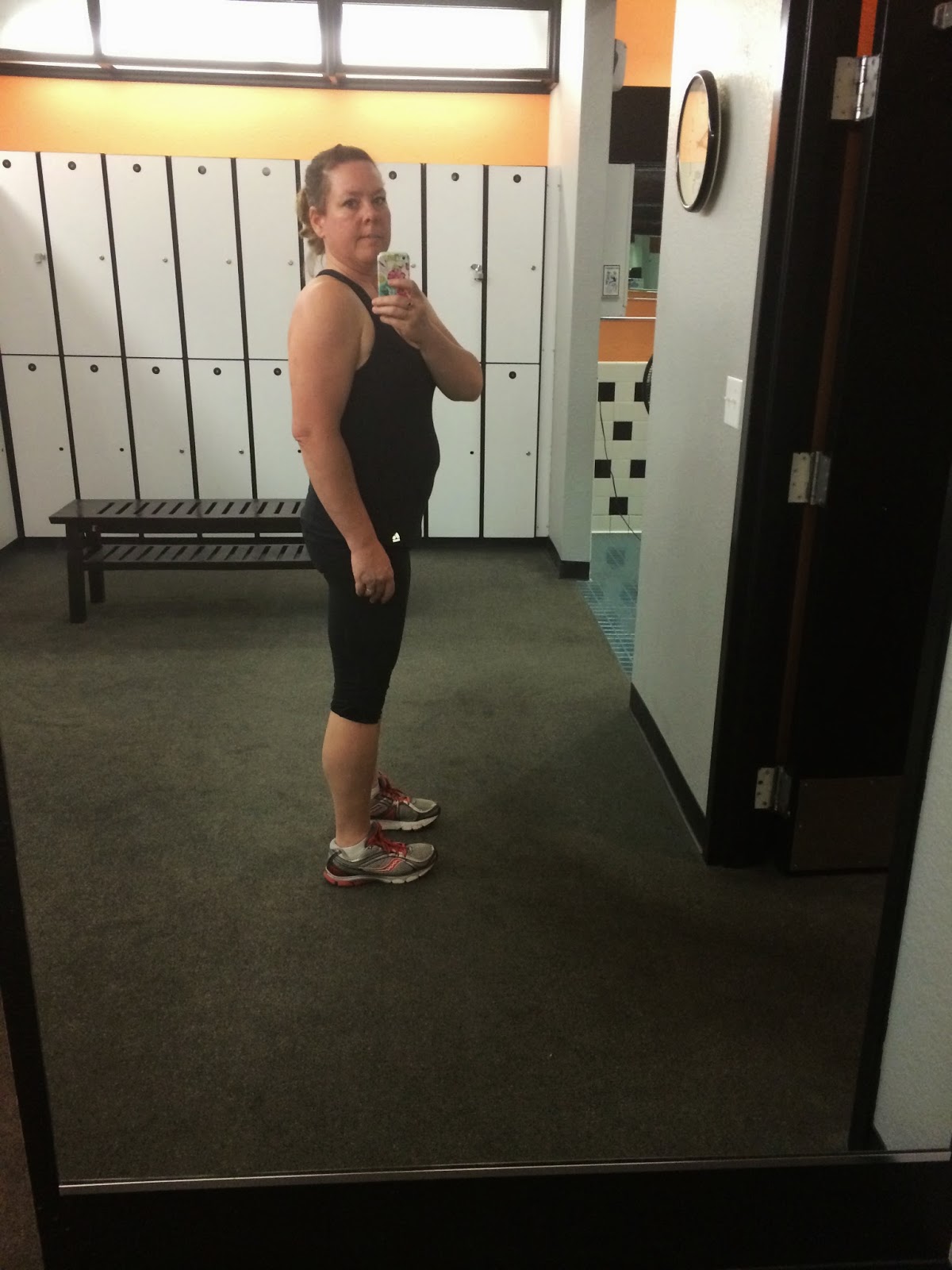 It's so annoying that I can eat good ALL DAY and still look pregnant haha.
These are new carpi's and top I got to work out in. They worked out pretty good. The bottoms might end up getting worn outside the gym :) 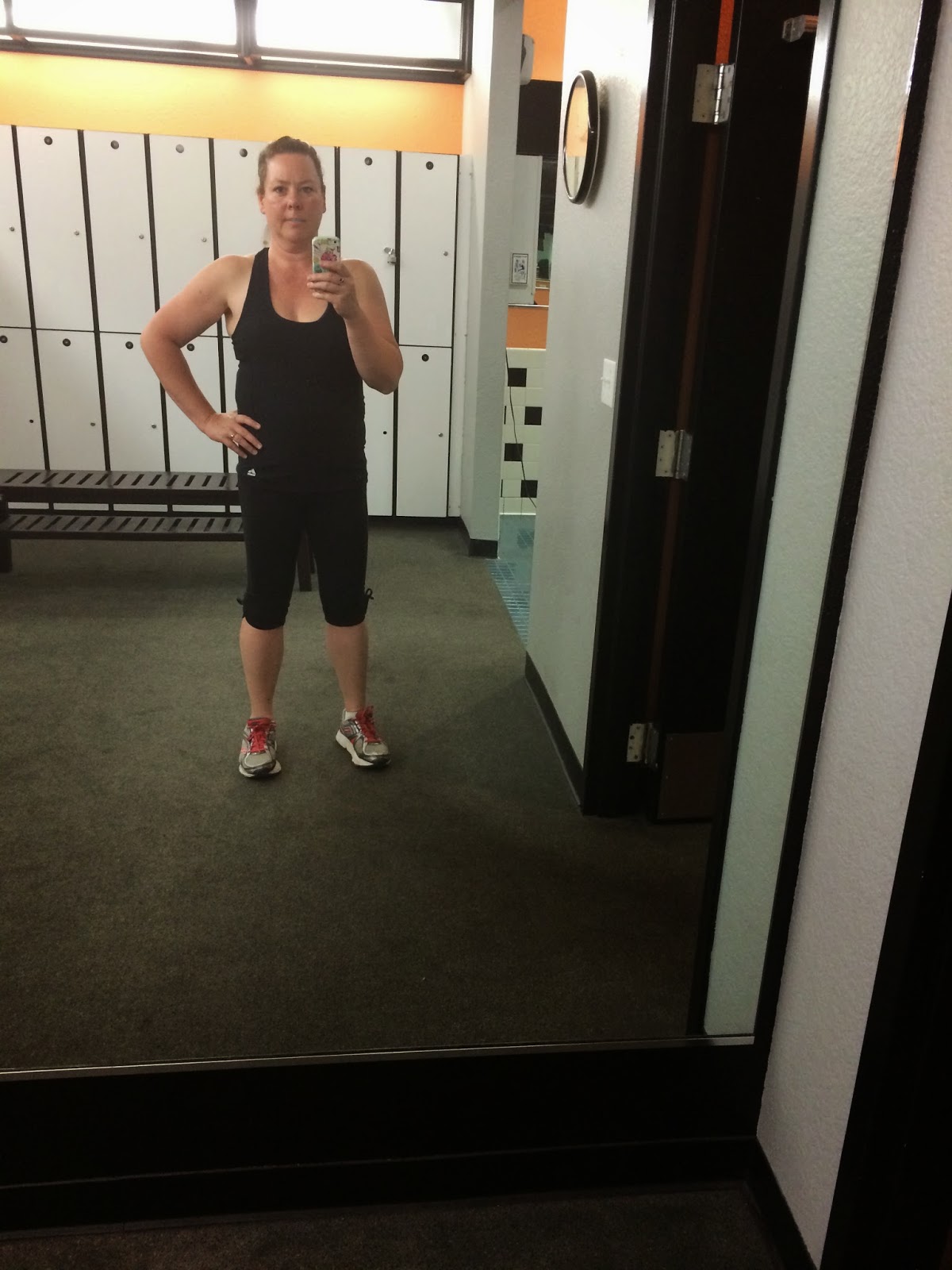 Brutus was there and stopped in his tracks when he saw him haha. He was like WTF? I saw him go over and talk to some of the people that work there and they were all kind of like "I dunno what to do". Eventually the guy wasn't there anymore so I assumed he had left. Then later I saw him come out of the bathroom and he ended up leaving at the same time as me. He went out and got on his bicycle and rode off. All I could think was that he was going to be lucky if he didn't kill himself or someone else.

I got home late and went to bed. Buster preferred the sink haha. 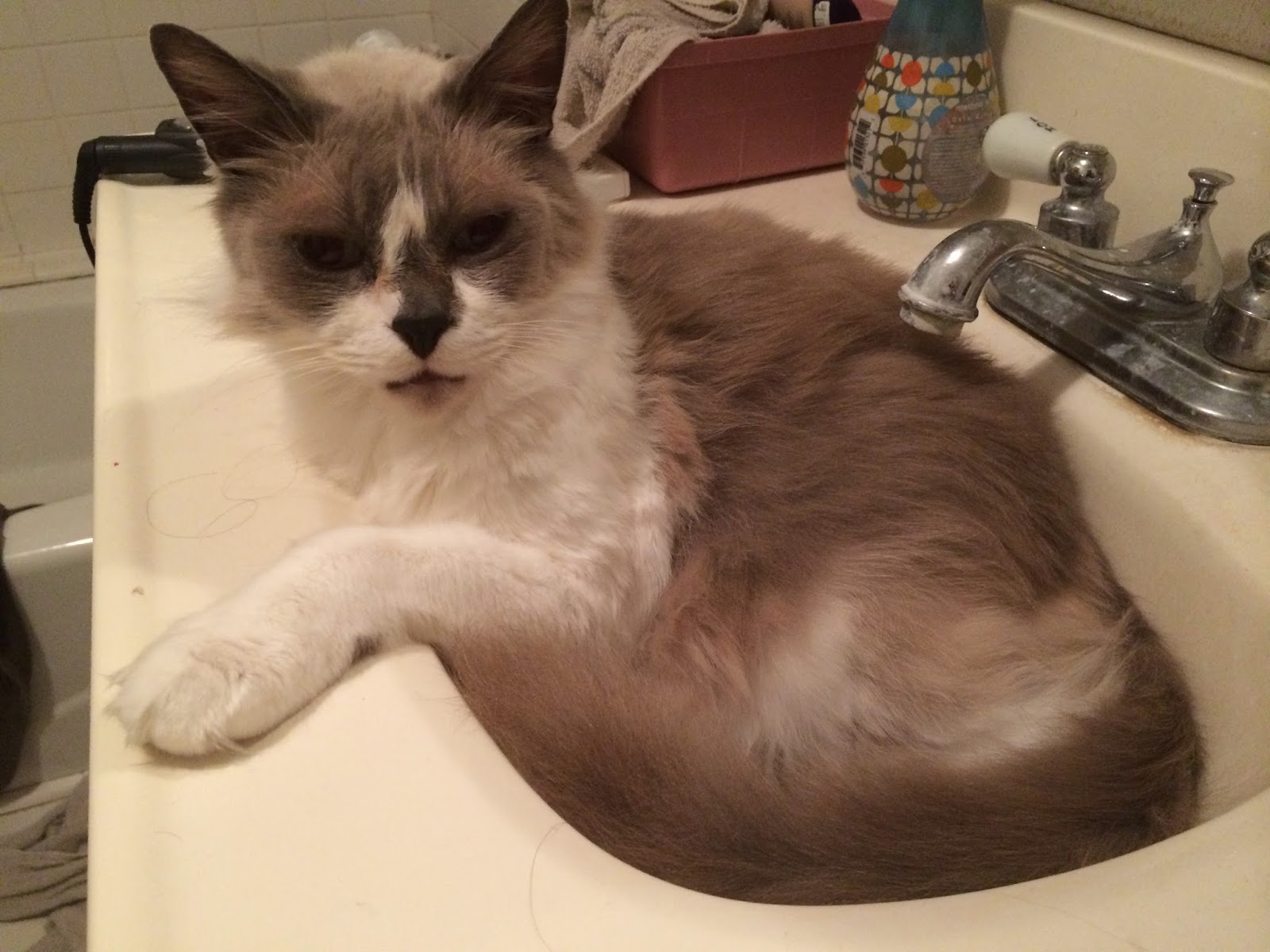 Love your wedding photo! Those old pictures are soooo fun! That pink dress is adorable...that is a great choice for a bridesmaid-way more chance that that could be worn again. It's really cute!!!!

Ps- you look amazing...definitely DO NOT look pregnant!!!!!