Here we are back to the grind. Monday Monday Lalaaa la la la laaa
That reminds me of when my friend and I used to hang out in her room and listen to her mom's Mamas & Papas record.
Anywho, back to the weekend. Friday ended up being oh so fun. Trevor asked me to come pick him up from work because his dad was being an asshat. So I did but it is far away and of course they worked it out by the time I got there but I was already there so he came home with me. Took us forever to get home. Scott of course got off work early and came home at a time he NEVER comes home to prove a point that he should have just stayed there. Yeah whatever. Too bad you can't make it home that early every day.  I seriously don't understand why he drives that far for work every day. It is SO FAR and about four people tried to kill me on the way home by doing illegal passes.  No wonder he doesn't have any energy once he's home.  So anyhow the whole working with his dad thing is done for Trevor now. Who knows if it will ever happen again. Tomorrow he has his orientation at Great Wolf.
This morning he left to go play basketball with some friends. Go go go have fun!
Saturday I finished up the bags I had started. They are even listed on Etsy, go me! They have a new "star seller" status and I have everything but the dollar amount of sales to qualify. I'm about $50 away. We'll see if I get there by the end of the month. I have been selling almost a little bag a day though so that is cool. I wish I'd get some more people that buy a few bags at a time! 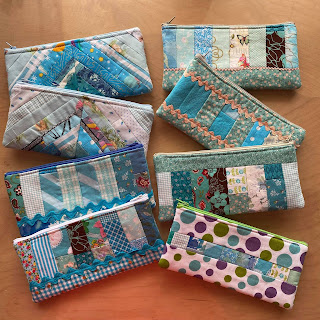 Next it was onto a mask order, got those done! 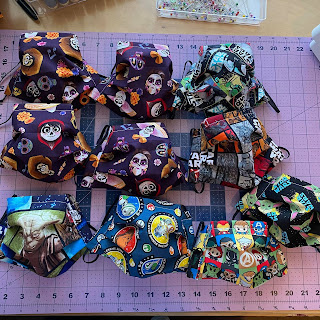 While I was working on that I made up some extras to have for my booth this weekend or just to sell. I sold 3 or 4 of these to a coworker friend already. I need to get those packed up and sent out today. 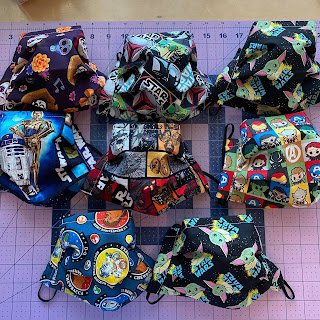 A few kids ones, still have all these for sale ($5 each) 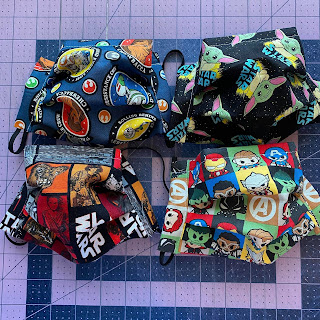 After I got done with those I tried making some scrunchies. I think I have decided I need to use already made hair bands instead of elastic. Or get wider tighter elastic to use. The ones I made don't seem tight enough. I think I've abandoned that idea for now haha 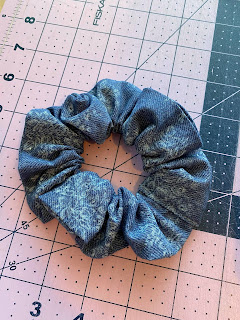 Here is Tubz in her new cat bed. The kids left this here last time and she has decided it is a great napping spot. Also some day I'll get my floor redone.. 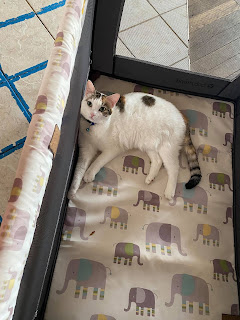 For dinner Saturday we ate over at the neighbor's house. I made a mac salad and a cucumber/tomato/feta/red onion salad. The host made these huge hamburgers. Scott went with me but almost didn't go because he "couldn't find anything to wear" because he never washes his clothes. (I have washed ALL his clothes the last two times I've done laundry to be nice even though I have told him I'm not doing his laundry anymore several times).  I swear he's more drama than I am. It's not ME!  We were going to play cards but ended up watching Suicide Squad which is the dumbest movie this century. I don't understand why these movies have such a following. Definitely not my genre. One girl who was there got REALLY drunk and then the movie was over and Scott had to poop so we went home. Yeah! Fun. Adult parties on a Saturday night haha.
Sunday I sewed all day and made my last Hello Fresh meal I had in the fridge. I should have made some veggies to go with this but didn't think about it until it was done and at that point I didn't care that much. I instantly felt like I was going to have heart burn when I was eating this.  Surprisingly I didn't. I decided this morning to cancel my membership again. The food is just kind of blah. Need to go back to doing my own menu again. I have one more box that is already on it's way so that will be this weeks dinners. 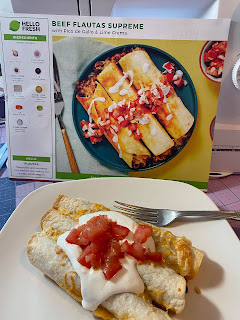 This morning I ordered some dirt to fill in where my leach line is. One of the lines and a bunch of the back yard are sunk in. I should go take some before pictures while I'm thinking about it.  It is coming today between 11-12. Hopefully 6 yards will do it. I might be getting some exercise this week! Maybe once I get that fixed up we can work on getting a fence. Although maybe not since wood is so expensive now. Yeah scrap that idea. I wonder how much a chain link fence would cost. Probably a million dollars too but they last for almost ever. See this is why nothing ever gets done for me haha.
Ok that's all the excitement here today. Have a great day!
Pin It
Posted by Julie H at 10:29 AM