Night at the movies 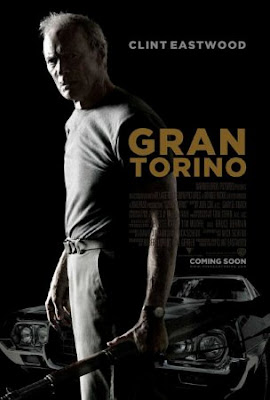 Last night Scott and I went to go see The Grand Tornio. It was by far the best movie I've seen in a long time. Although if you are easily offended by racial slurs it's probably not the movie for you. I think part of the reason I liked it so much is because my father in law is SO much like the main character that Clint Eastwood plays. Quick to judge and label like so many people of the older generation. That said my FIL is great friends with the Hispanic people across the street. He has also been known to get his gun and head out the door when he hears something going on. Hopefully it won't bite him in the ass some day. All in all I didn't feel raped of my $39.00 we spent for the movie tickets, popcorn, pretzel bites with nacho cheese sauce (my dinner, healthy!) and 2 large cokes (that Scott had to have) like I usually do when we go to the movies.Pin It
Posted by Julie H at 9:56 AM

We saw this a few weeks ago and enjoyed it just as much. One of my favs of the year. Even if people are offended by his slurs, I think they're really just depicting how some old school people are and the reality of it all. But it was touching in many ways and I cannot believe the ending. Movies are expensive but the whole experience is worth it!