Saturday we went to the Good Guys Car Show in Pleasanton, CA. A guy Scott knows through work (he works on the guy's race car engines) gave us free tickets to get in. I thought for a bit that we were actually going to go with no kids but Trevor came home from my brother's house bright and early. 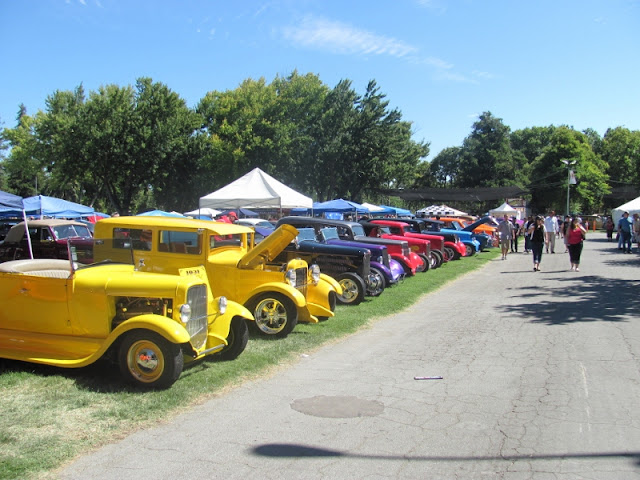 I actually had a really good time walking around looking at all the cars. And there were A LOT of cars.  We walked and walked. I wish I would have thought to bring some water bottles in my bag.  We were so thirsty! We started filling up our cup from a soda we bought at the drinking fountains. And the bathroom sink. Beggars (and people on a budget) can't be too picky! 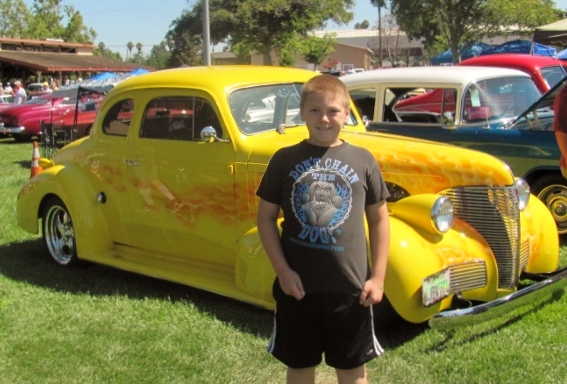 I LOVE this car. I think  I might have to make a banner out of it. Although that guy is in the background. Wish I would have noticed that. 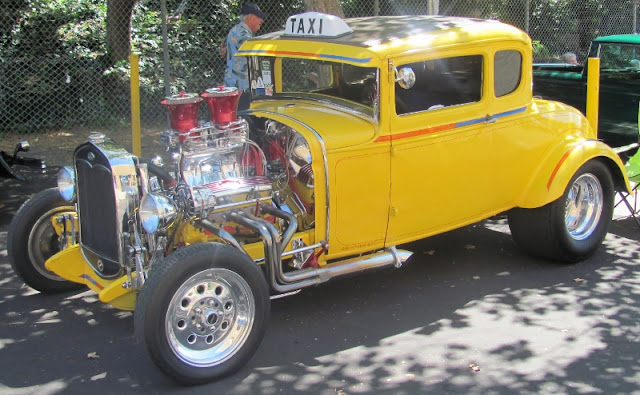 We have one of these cars. In our garage. Scott's been working on it for about 18 years now. He's even painted (most of it) black. 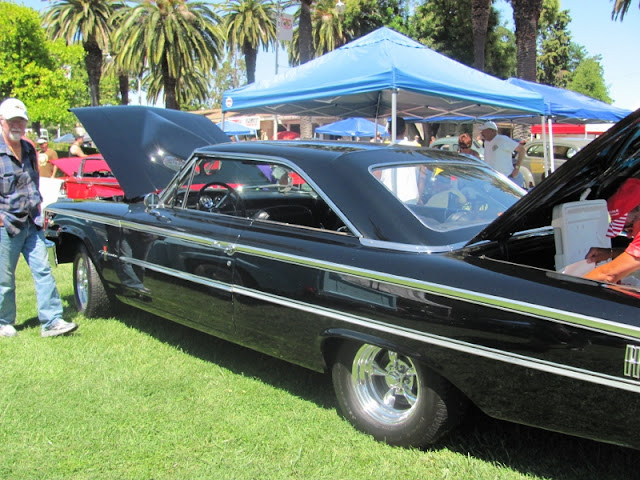 I still want to shudder when I see station wagons like this. Memories, scary memories. 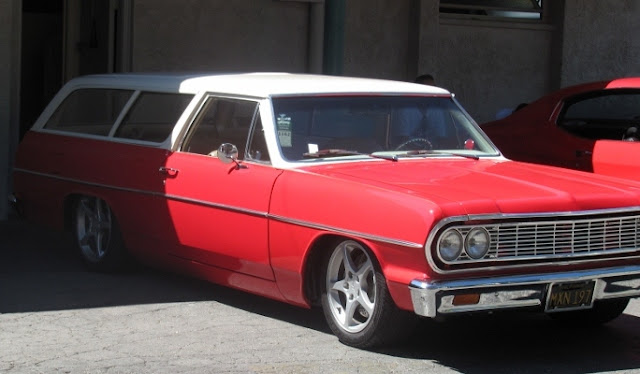 Here's a real version of the car mine was modeled after. 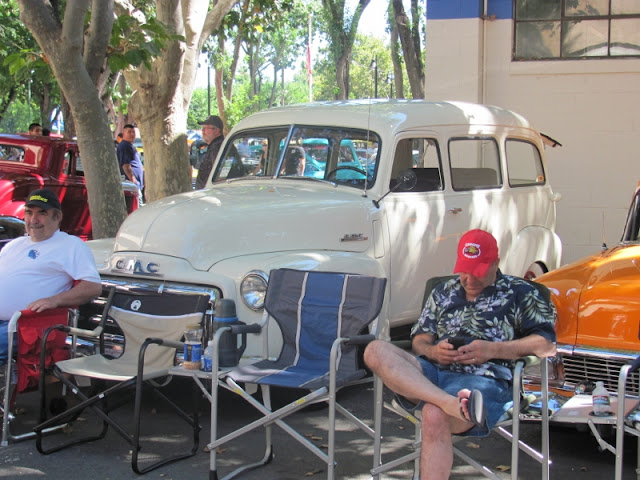 The paint job on this truck was AWESOME. 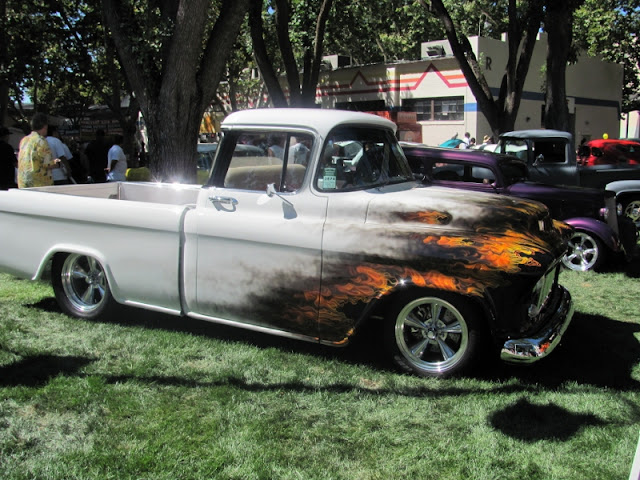 This is the car that Scott's nephew painted. It was in a magazine. Which we had one of but the dog ate it. BAD DOG! We need to get another one. Sadly his nephew wasn't there. I would have liked to get a picture of him with it. 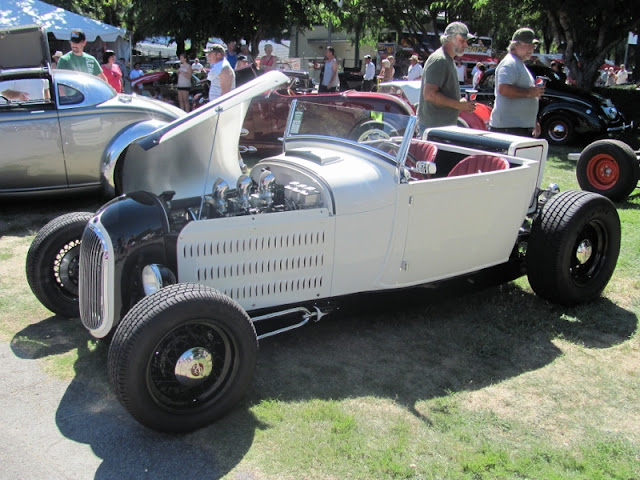 This car was at our little River Club car show. (Same kind as the one in our garage) 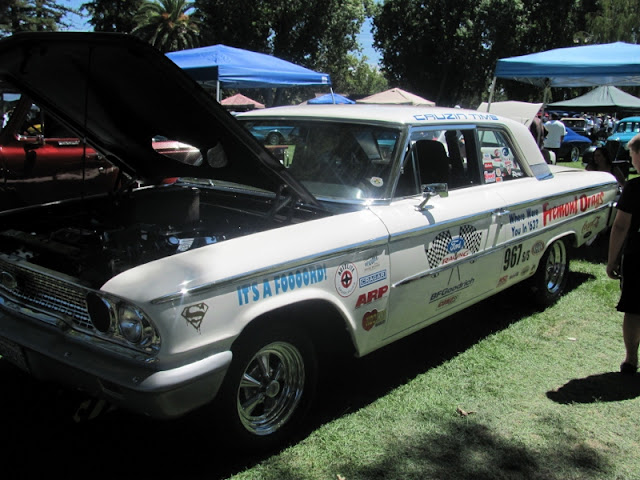 The car show was at the fair grounds and they had this model railroad exhibit open. It was pretty cool! Lots of big boys enjoying those "toys" in there. 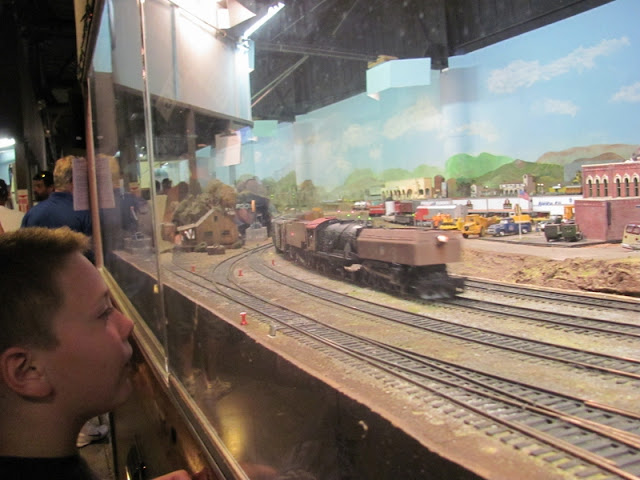 I got completely sun burnt. Next time I go out in the sun I should probably put the sun screen ON instead of just carrying it around with me.

I love these. I think the truck might be my favorite just because of the paint job.

What is it about those perfectly restored old beauties that is so compelling???

Car shows are so much fun. LOVED the old taxi, you should use it as a banner. I just sent you and email I hope you enjoy it.

I love a good car show, it's so great to see all the different cars and how they are decorated!

Very cool! I haven't been to a car show in forever, maybe it's time to take the kids!

Stopping by from SITS

Wow there are some really cool cars there! Trevor looks like he had a good time.