Parent of a HIgh School Graduate!

Well after a week of working my ass off, my oldest is now a high school graduate and the party is in the past.

We all got up super early Saturday morning after a really late night of working on party preparations. Jessica had to be at the school around 6:45 and Scott was driving his parents so they left first and then the other two kids and I left not too long after seven with my parents following behind us.

We actually got a great parking spot and a seat in the shady side of the stadium. I'm glad we brought cushions to sit on because we sat there for awhile.

Entertaining ourselves. Scott's Dad, My (step) Dad, Trevor, Mom, and me thinking I wasn't in the picture. 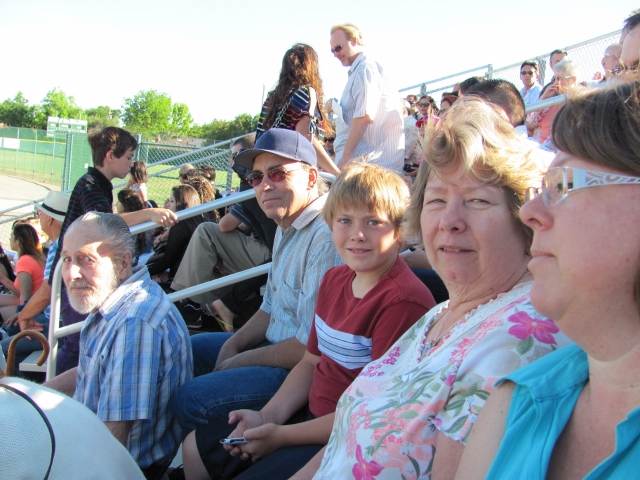 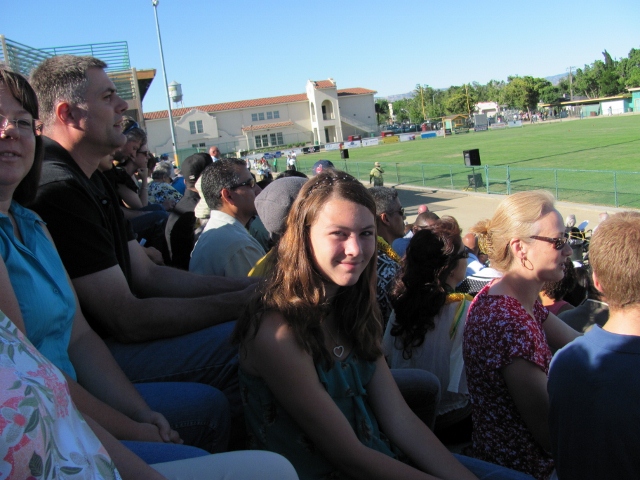 Hilarious picture of Trevor, my Mom, Me and Scott 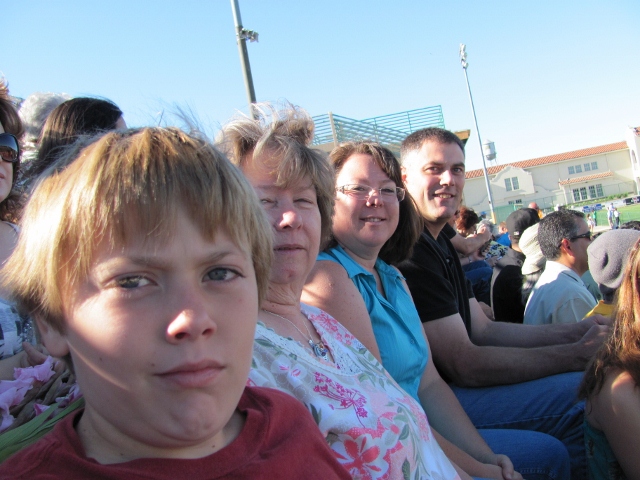 Scott's parents. It was windy so we all look awesome with our hair blowing around! 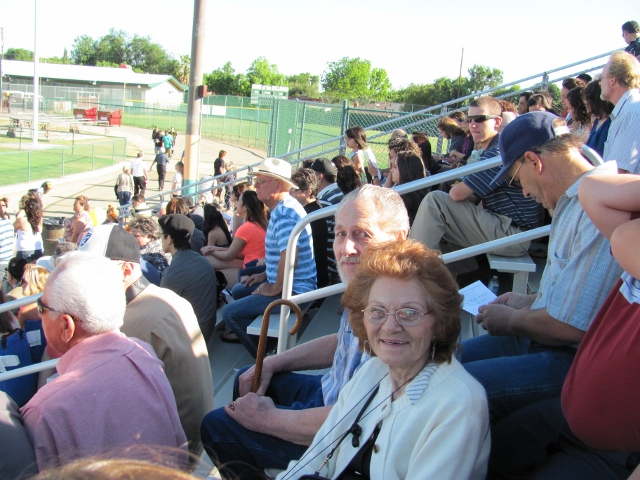 Oh look! They are coming out!! 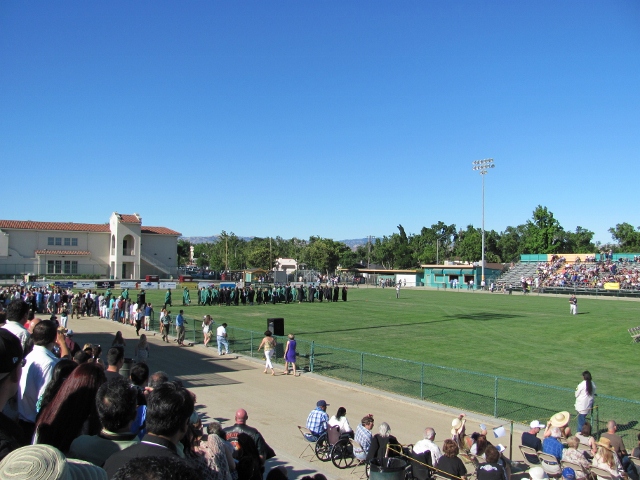 She's in the 5th row, on the far side. Can you find her? Yeah me neither. 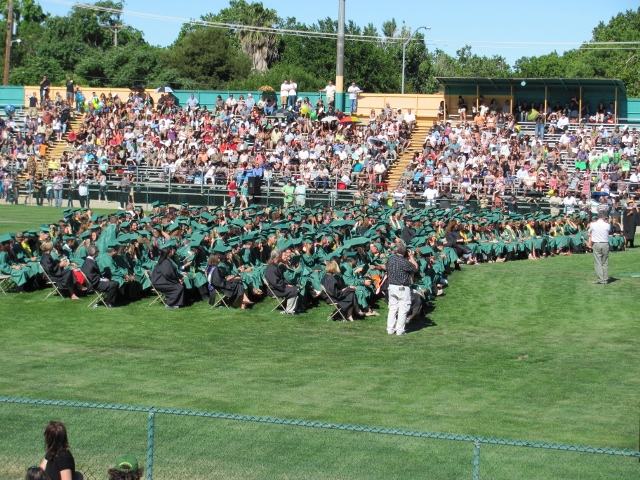 Lining up for their diplomas 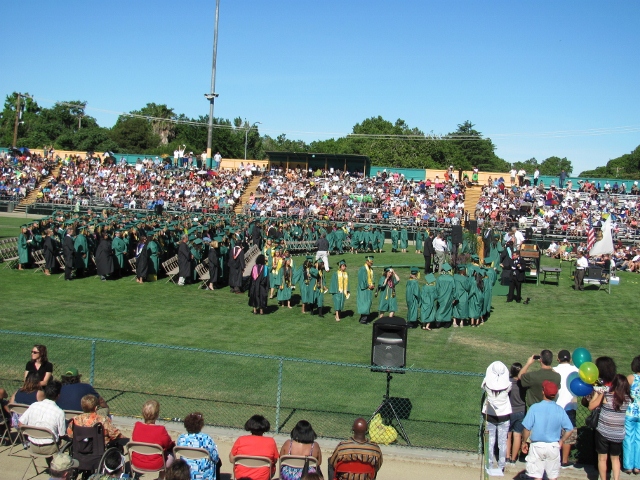 The ceremony went pretty quickly, only took an hour and half. I think the longest part was when they had a Hispanic student come up and give a speech and the whole thing was in Spanish. Ummm hello? We all speak English here? I could see if she did part in Spanish and part in English but she didn't and we were all left in the dark as to what she was saying. I think that was pretty rude.

After the kids all got their diplomas and the ceremony was pretty much over they all lined up and took a victory walk around the field. Amazingly I found her! 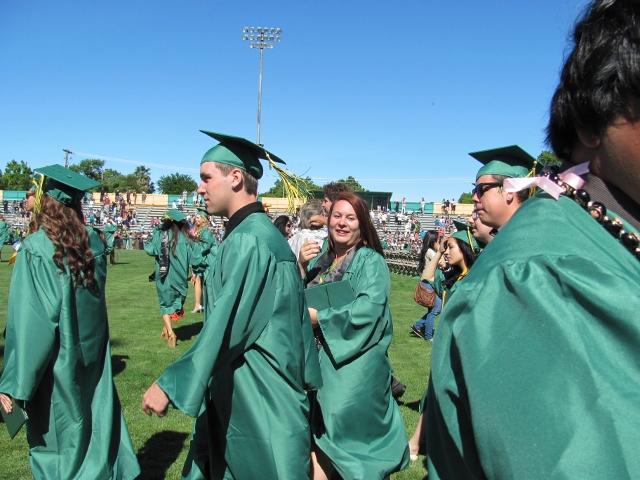 Then I lost EVERYONE. Finally found each other again after ten minutes. All graduated! 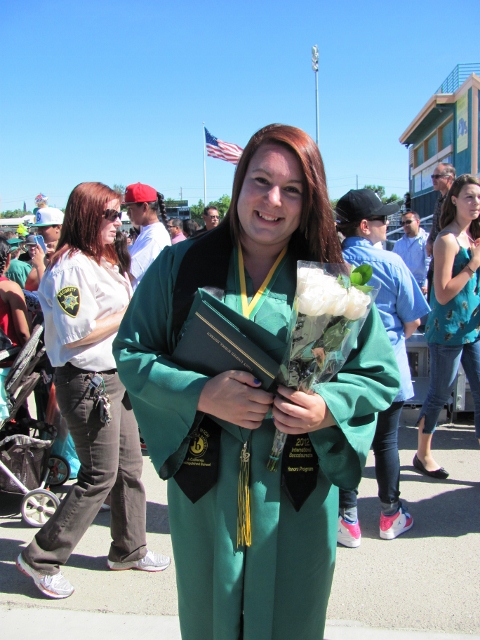 Proud parents! I think I'm leaning over because I had 4 waters in my purse.. 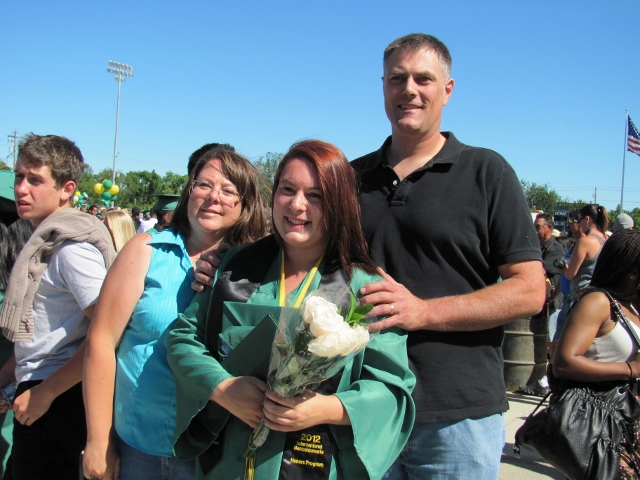 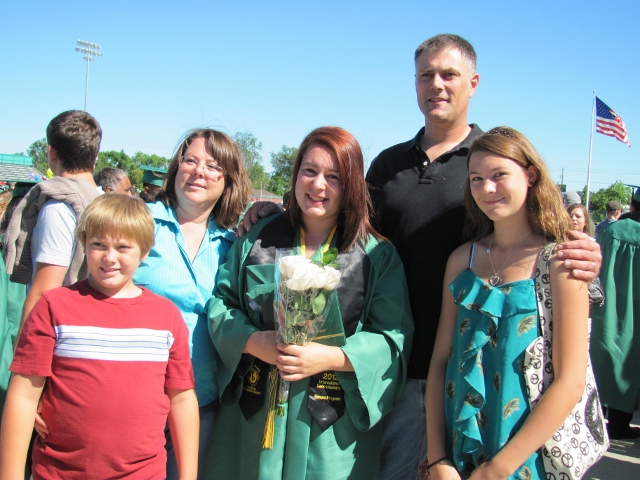 My parents with Jess 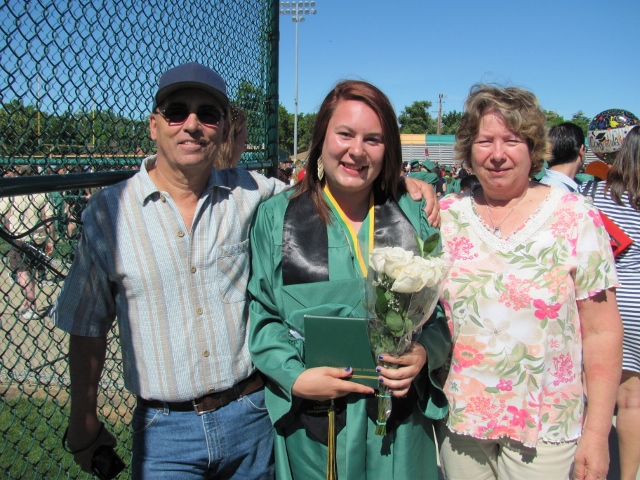 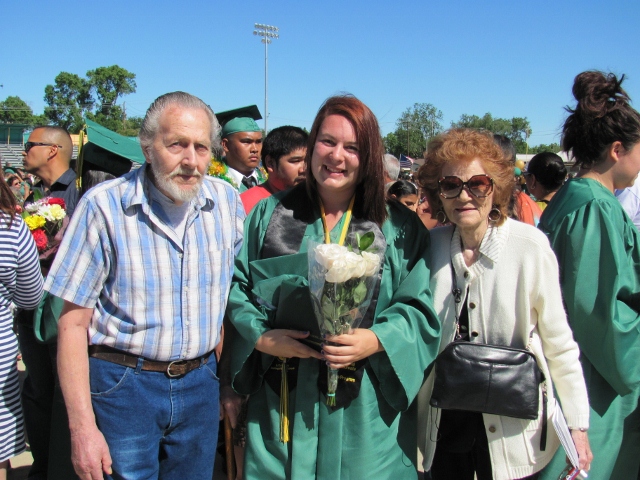 Then I walked around behind her taking pictures of her with some of her classmates. Scott took his parents home and I went over there for a few minutes and then it was off for home to finish getting ready for the party.

YAY Jess!!! Congrats! THS is in the past. You are off to bigger and better things. OH the memories that stadium brings. Good luck at CSUMB!!! That is awesome!

One question though..how did Scott get so tall?? His parents aren't tall and it's obvious he's his mom's bio kid! lol

Woo-hoo, that is so exciting! Congrats!

Exciting stuff!
Congratulations Jess.
(and Julie, 1 down 1 to go)

You know what stands out to me in all these photos? the very very blue sky. Beautiful.

Yeah!! Congrats!!! I have not posted in so long as summer is getting crazy busy and I jumped on here cause I was missing you - just realized you have not posted either - hope that means your summer is fun and busy too!!!! Catch up soon!!!! The pictures are great!!!!!!!!!