Raise your hand if you are contemplating going on vacation next year instead of doing Christmas!

I swear, once you are a grown up, it's just not as much fun. All that MONEY you have to spend. Cooking. Cleaning. Hoping everyone likes the stuff you spent all that time shopping for. And getting together with family members that you may or may not like to see on a regular basis.

The day I did my run the girls baked. I was kind of hoping no one would notice us not baking this year. I mean really the best way for me to not gorge myself on cookies is to not have any right? But no, the annual tradition of cookies and peanut butter pie and cute cupcakes was carried on. 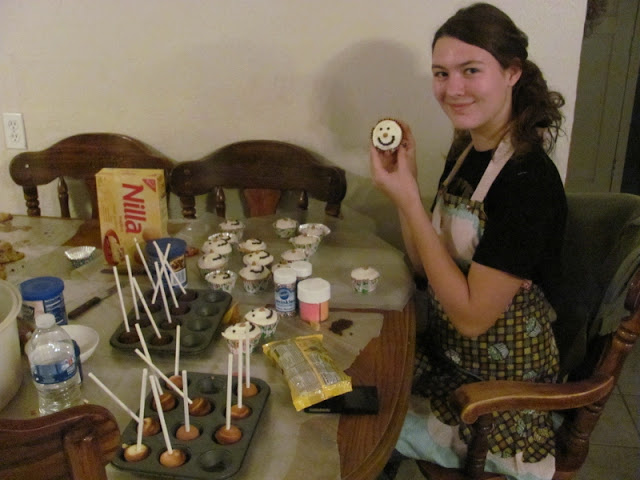 Jessica helped, threatened with my life to not put pictures of her on the internet anywhere) 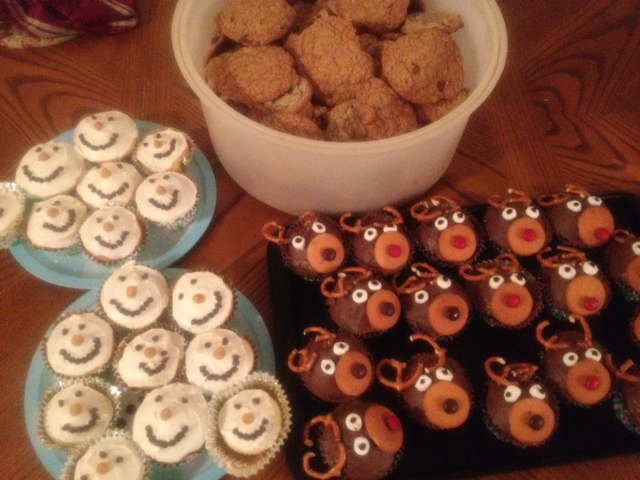 And I may STILL be eating them tonight. UGH. It doesn't help that we FORGOT a whole huge peanut butter pie at home so SOMEONE'S got to eat it. I'm giving it another day or so and then everything is getting tossed.

Christmas Eve Scott went in to work SUPER early. His boss wanted him to not work and for him to not have to pay him for taking the day off. UM NO? Soo he went in super early and worked 8 hours and still got home in time for us to go to my Dad's house together. Now that's dedication.

I got this cute shirt at the thrift store last week. They had half off tops again when I went in there and I found some nice ones for about a dollar each! (The solid black is a thin sweater)

I should have taken pictures of everyone but just took one of me and my dad (and the food-inner fat girl lives on!) My step mom's sister, niece and brother came over so it was nice visiting with everyone. I haven't seen them in years. 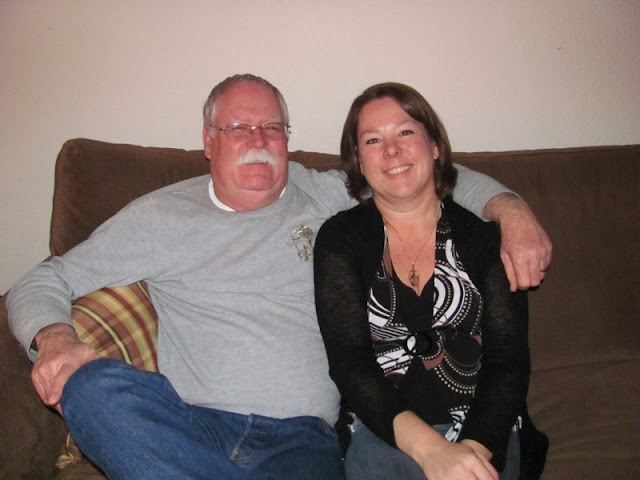 My Step-Mom is a great cook! I had what she called "sweet beans aka calico beans", "Portuguese beans, ham, mac salad, french bread and her famous cheese ball.  I love those sweet beans, she said she'd give me the recipe. 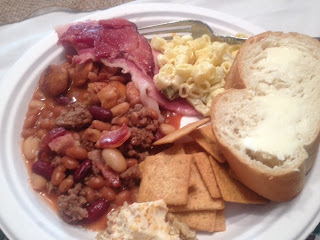 Sadly no coconut cream pie, but she made a coconut poke cake.

After my Dad's we went over to Scott's parents house and DOH I forgot to take a picture of his parents. What's wrong with me? I did get the kids opening up their stockings though (and a slight bit of his Dad in the background) 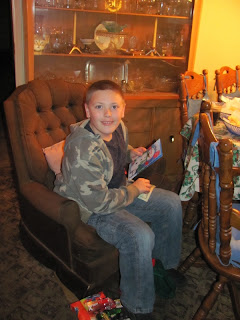 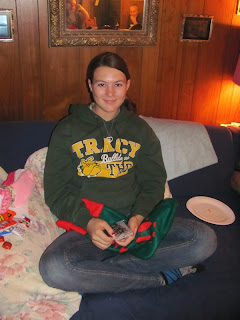 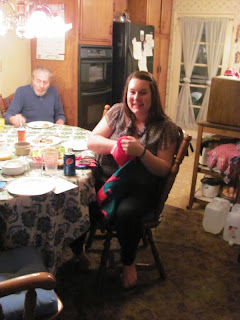 Scott's sister wasn't able to join us since she had to work (she works at a Grocery store). I told Scott to ask his Mom what she wanted for dinner and she said Papa Murphy's Pizza. At first I was like? For Christmas? But then I was like SCORE I don't have to cook! Scott went and picked them up the day before to avoid the crowds so that was the easiest dinner ever. And good! Not that I was really all that hungry after my Dad's.

We went home after and Scott and I crashed out while the kids stayed up and did whatever it is they do to stay up all night.

Christmas morning we got up and opened presents at home. Well first we had to wake the girls up. I went in and yelled "SANTA CAME!"  Haha Teenagers are so much fun!

They eventually strolled out and then we opened up presents. Everyone got two presents and stockings this year. Santa is on a budget (or should be). 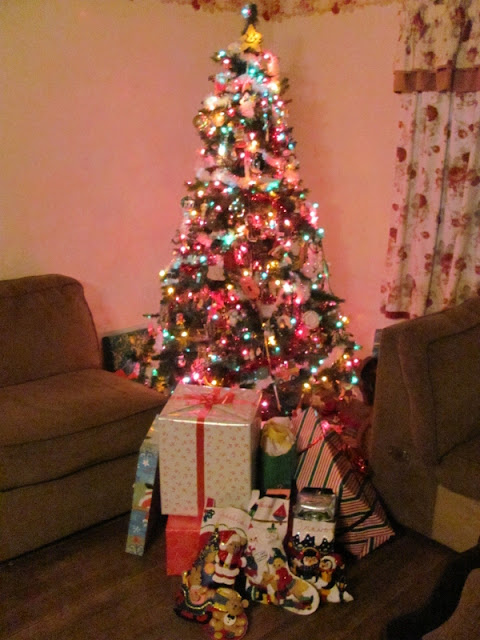 My "key" for whose presents are whose. I never put their real names on the presents. 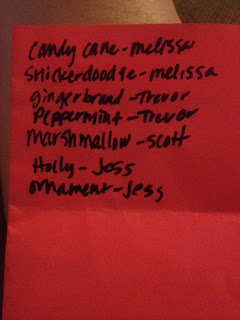 Trevor got the new Skylander's Giants game (already beat it one day later!) and some of the guys for it AND a nice new sweatshirt with headphones in the drawstrings. 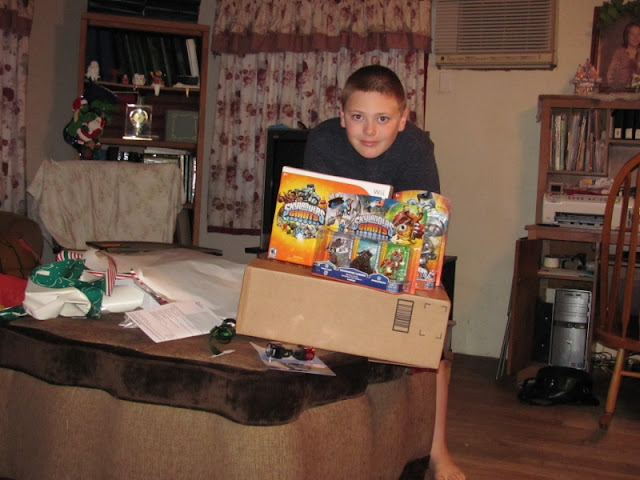 Melissa got a vanity for her room (I swear I went to like 10 stores looking for a nice one!) and a new hair straightener. Jess got a Kindle Fire and a phone charger for her car.

Scott got me a nice new running shirt and I got him a caddy for his tools. We just did a $20 limit for each other and a promise to have a night away together.

After presents at home we went to my brother's house to celebrate with my Mom's side of the family.