I started my day off today by taking Jessica to her friend's house in Livermore, which meant a drive over the altamont and back. It was a nice day, and the hills were so pretty and green. No matter how old I am I always think the windmills are cool. 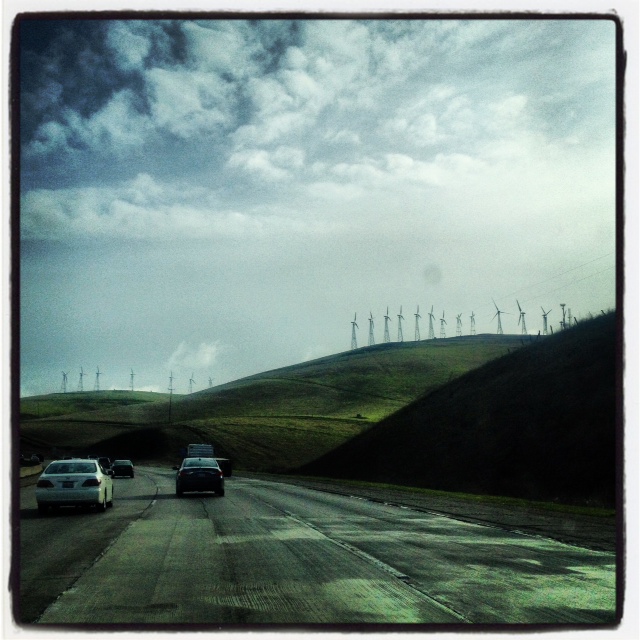 After I got back Scott and I went over to try and get Jessica's car. It got stuck in park the other day so she had to leave it at her friend's house. I did some research online and that seems to be a common problem with these cars. Mine is older and apparently has some different parts so thank God I haven't had that problem. We were all stressed about getting it out of park and it went right in on the first try. So we brought it home, and then it got stuck again. Scott's working on it though, he thinks it needs some kind of switch. 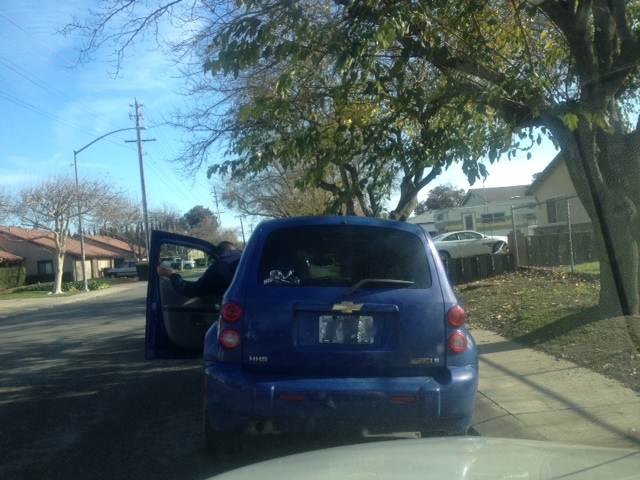 Trevor spent the day playing his new DS. I looked over and he had the kitten in the crook of his arm and she was just chilling. 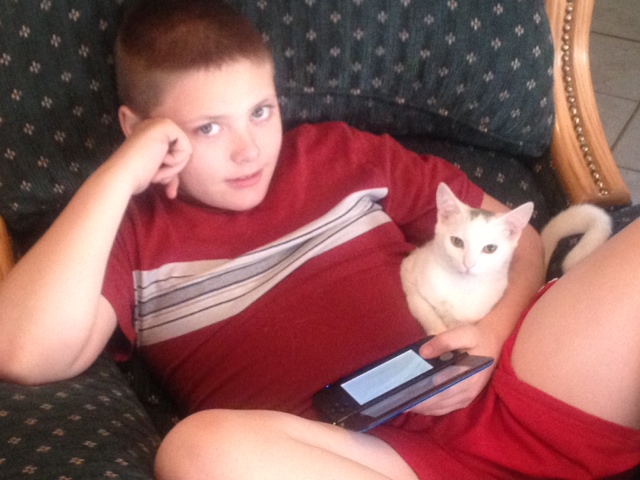 I spent the day messing around on the computer. Chatting with friends over IM and looking at races online. I found this cool website that lists all the races around. It's called Running In The USA and from there I found another website that has dualathons and triathlons AND mountain bike races. And now? Scott is signed up for his first mountain bike race. I'm super excited for him. 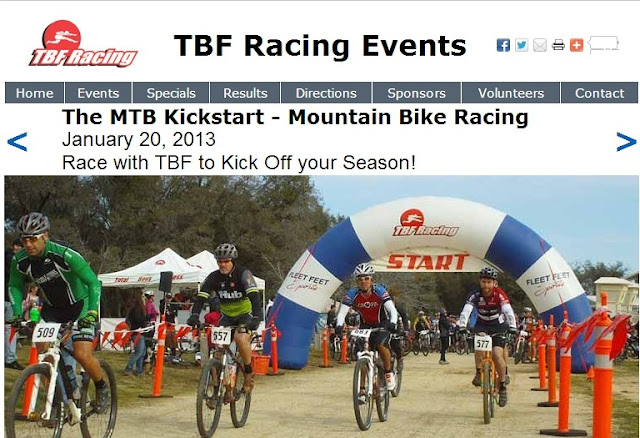 I'm trying to find a 10k race to run in January. I'd like to try and do a race a month to keep myself motivated and moving.

I think I might do this one because it's close and cheap. Probably small and funky too though! It's a 10k or a 10 miler. Hmmmm 10 miles is probably pushing it! I a portion of today with ice on my leg :sigh: Hoping it doesn't take too long for whatever is wrong with it to work it's way out.

Scott BBQ'd us some chicken for dinner and we made a dent in the Christmas left overs. I'm about ready to go through the fridge and throw out all the crap food. I'm ready for clean and fresh!

Oh and they put up the race pictures from last weekend. Lets just say that wet and running and cold don't do so great in pictures. I'm glad I wasn't wearing a white shirt! Think I should buy these?

I kind of like this one, that's my trainer on the left. I get a limp hand when I run haha, That's better than the other one they took. Notice the tie going behind me, that's before I took it off. I had already ripped off a bow, bells, hat, gloves and the long sleeve shirt came off too. 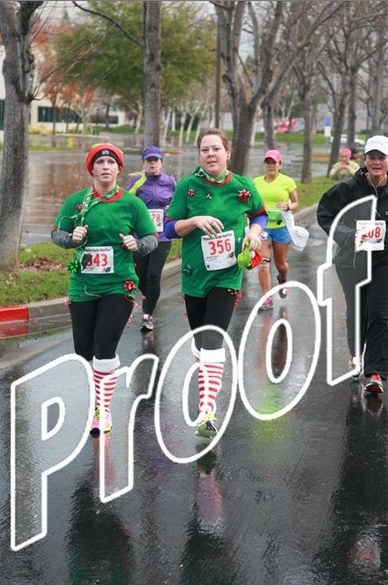 This was the end of the first leg, the 10k. Yes, I'm exhausted, can you tell? I ALWAYS spring out the last bit of the race. It's empowering. I don't understand why people slow down right before the finish. DUDE that's like a whole minute on your time!! 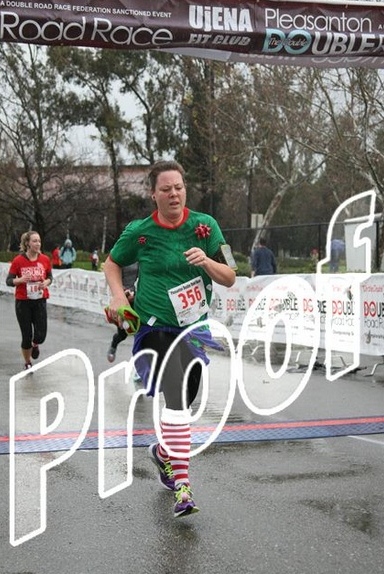 After the 5k (notice not carrying all the crap) This one was so much easier. I remembered about the cameras and tried to look like I was having fun :wink: 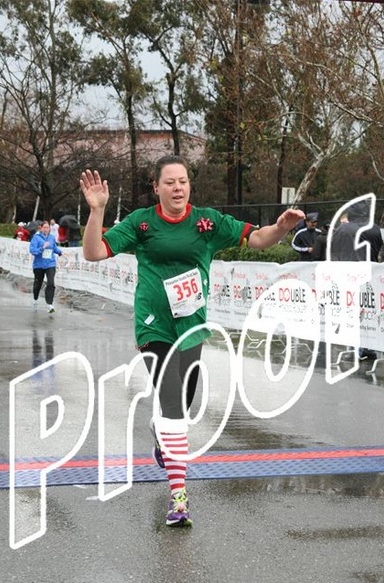 Well I didn't get all the dishes washed but I put away a huge shit ton of clean clothes that I have been taking off my bed every night and putting them back on my bed every day (to find underwear or whatever). Too bad I have a shit ton more to wash!

Oh and I almost forgot, I watched the movie my mom bought me for Christmas. I used to have it taped off of HBO or something on a VHS but it died last year or so.

It's a great movie, full of one liners. Every time I watch it I'm a bit older and I "catch" something new.

Love it. That is cool to have a photo with your trainer. I love looking at your race photos. Nice thought on sprinting to the end. So true!!

OMG!!!! I love love love that freaking movie!!! That's how my dad got the name Poopa. It came from boompa but my daughter couldn't say it sooo here we are!! Oh and btw, you rock my socks off :)