The whole trip up to Tahoe I kept thinking how awesome it was going to be running there. I had made sure to pack my running shoes and some warmer clothes to run in.

Tuesday morning we got up and had coffee and then my friend wanted to fix her nails and I was like WOOT now I can go run!! I checked the temperature on my phone and it was 19 degrees!! Holy moly this California valley girl is not used to it being that cold! I put on 2 layers of pants and layered my tops up a bit and my cheap little gloves and went for it!

My friend said that the road outside the condos went right down to the beach. So I started down that way. It was mostly down hill which of course had me thinking that it wasn't going to be so much fun on the way back up! 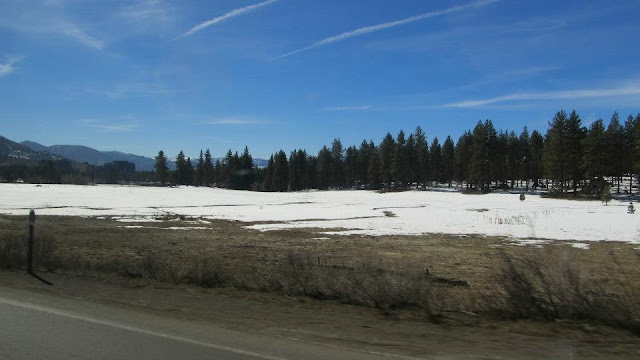 I didn't go down the road too long before it was saying "private property, no trespassing". I was like eh? Doesn't seem to be anyone around? It was a country club of some sort it said. So I just kept going and ended up here. 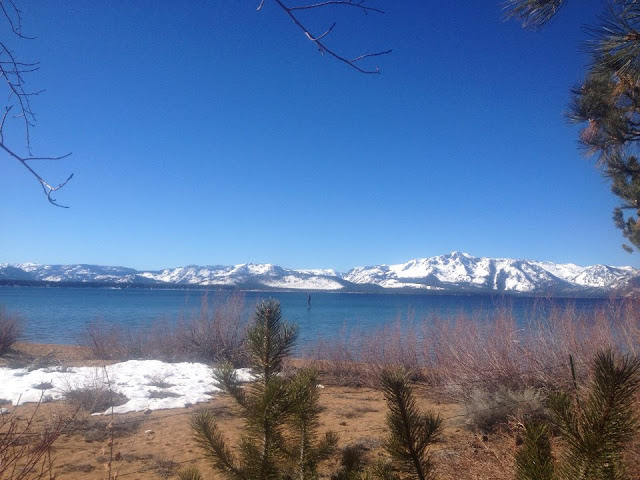 There were a few paths I could see down by the lake but it looked like a lot of ice and I didn't want to take the chance of slipping on any of that.  So I turned around and went back up the hill.

I still hadn't went very far so I decided to just run up and down the main road a bit. 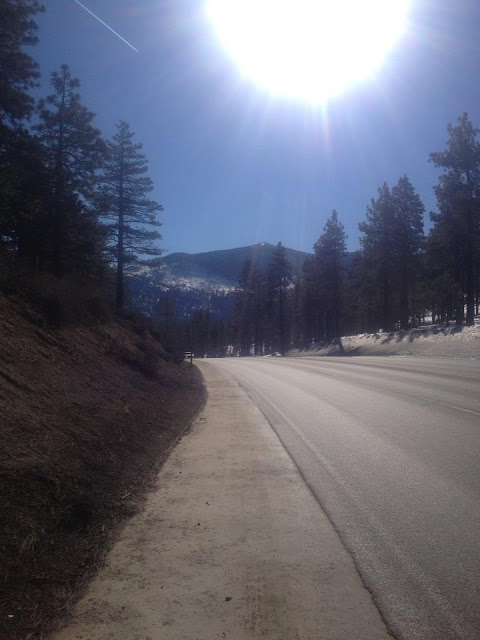 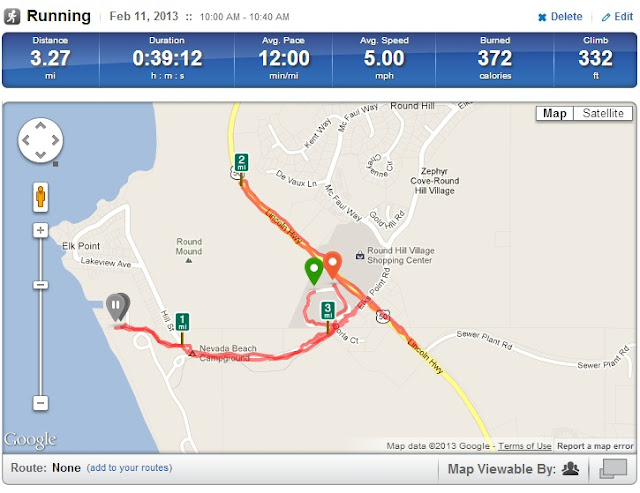 I did some walking up the hills but I managed to 5k it.

Great way to start off the day!!

Labels: Lake Tahoe, running in the cold, running on vacation