Today Scott and I decided to go to Livermore for me to run my 10 miles and for him to ride his mountain bike along with me. We went to Brushy Peak, the nice place I went with my Step Mom back in August. We got a bit of a later start but it was still good!

Every time we drive over the Altamont hills I still think it's beautiful. Especially when it's green. This is at the base of it through the dirty truck windshield. The hills are all green and "Teletubbies" like. 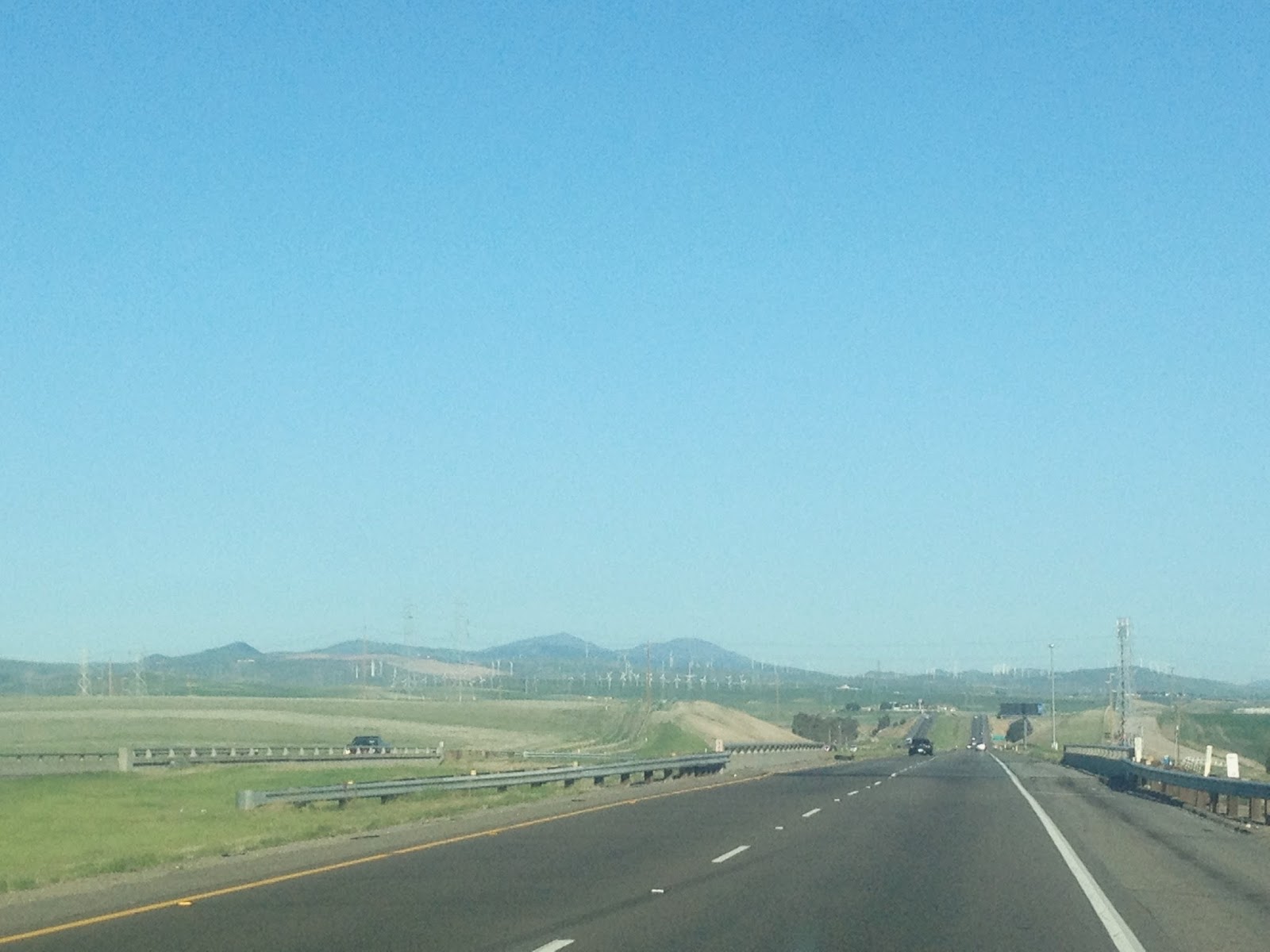 We got to the park and then started up the trail the way I had went with my Step Mom. I remembered it was steep. I forgot it was THAT steep. It wasn't long before I was alternating between walking and running. 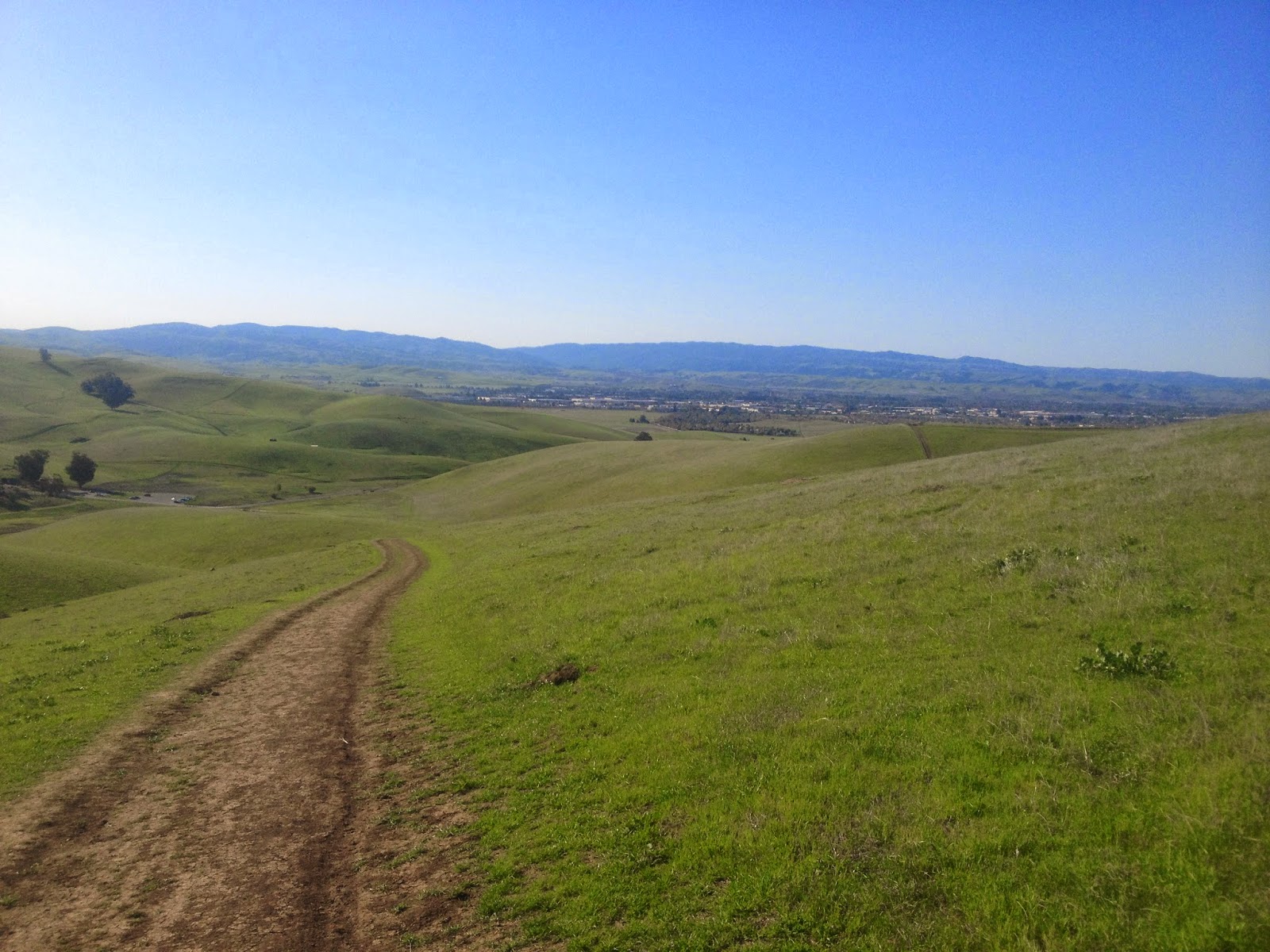 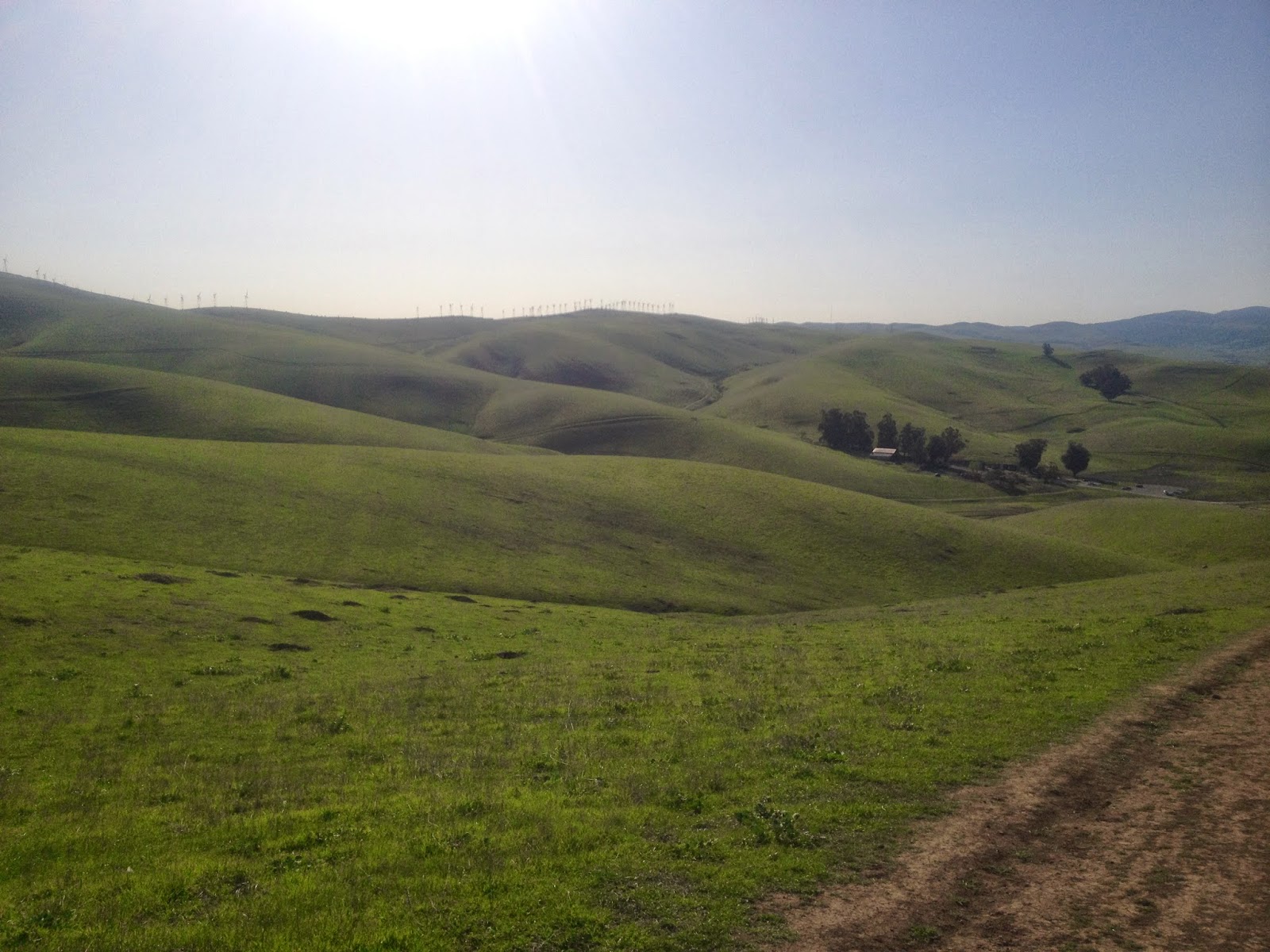 When I got to the fork I waited for Scott to catch up and tried to decide which way to go. We did that higher trail in this picture here. Until it came to where it started going up hill some more. Scott thought it was a bit more than he was ready for on the mountain bike so we turned around and went back out the downhill trail towards the car. 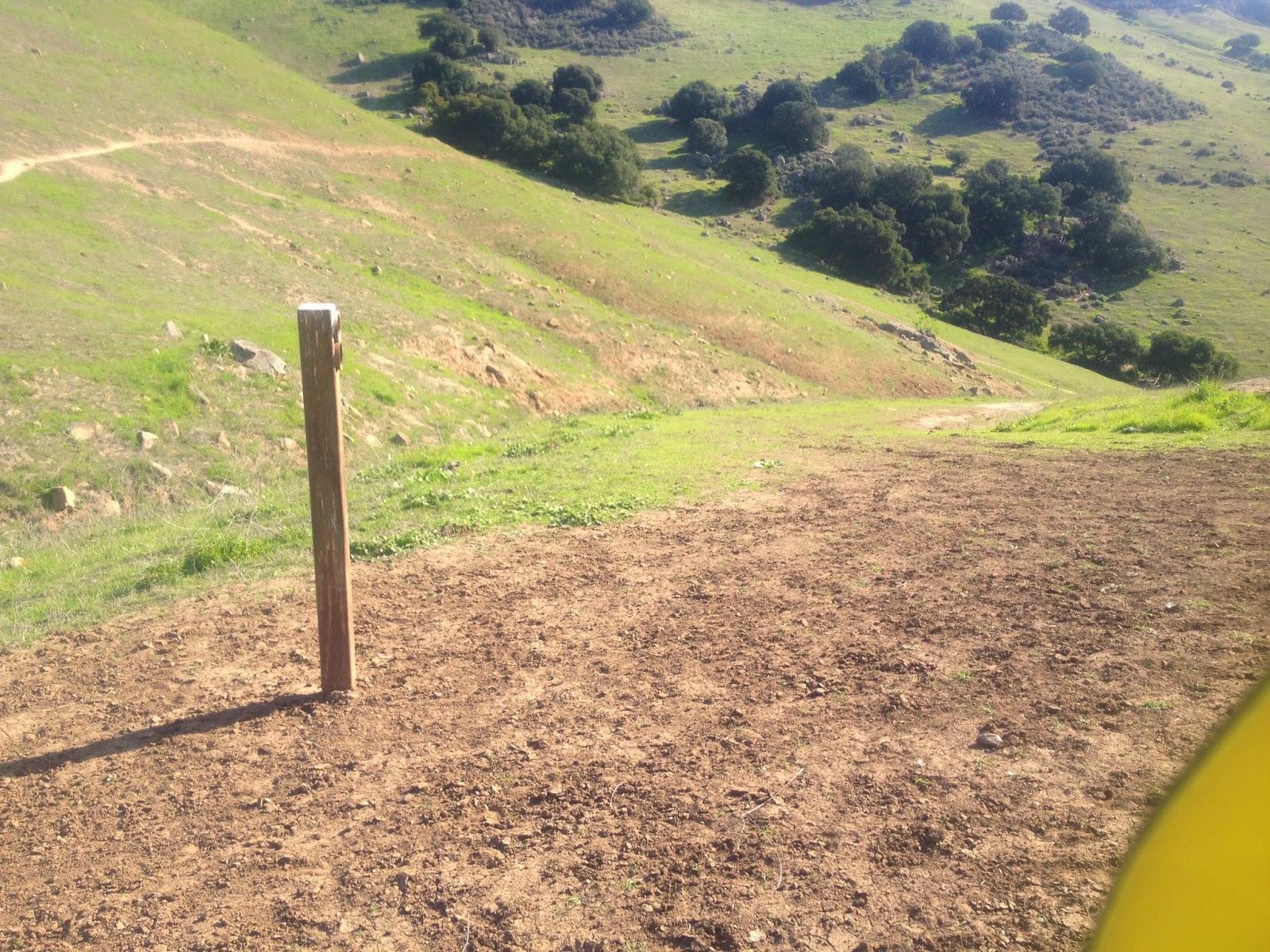 I was kind of disappointed because I really wanted to get my 10 mile run in and I was at TWO. I was thinking well I guess I can just go out tomorrow and run. 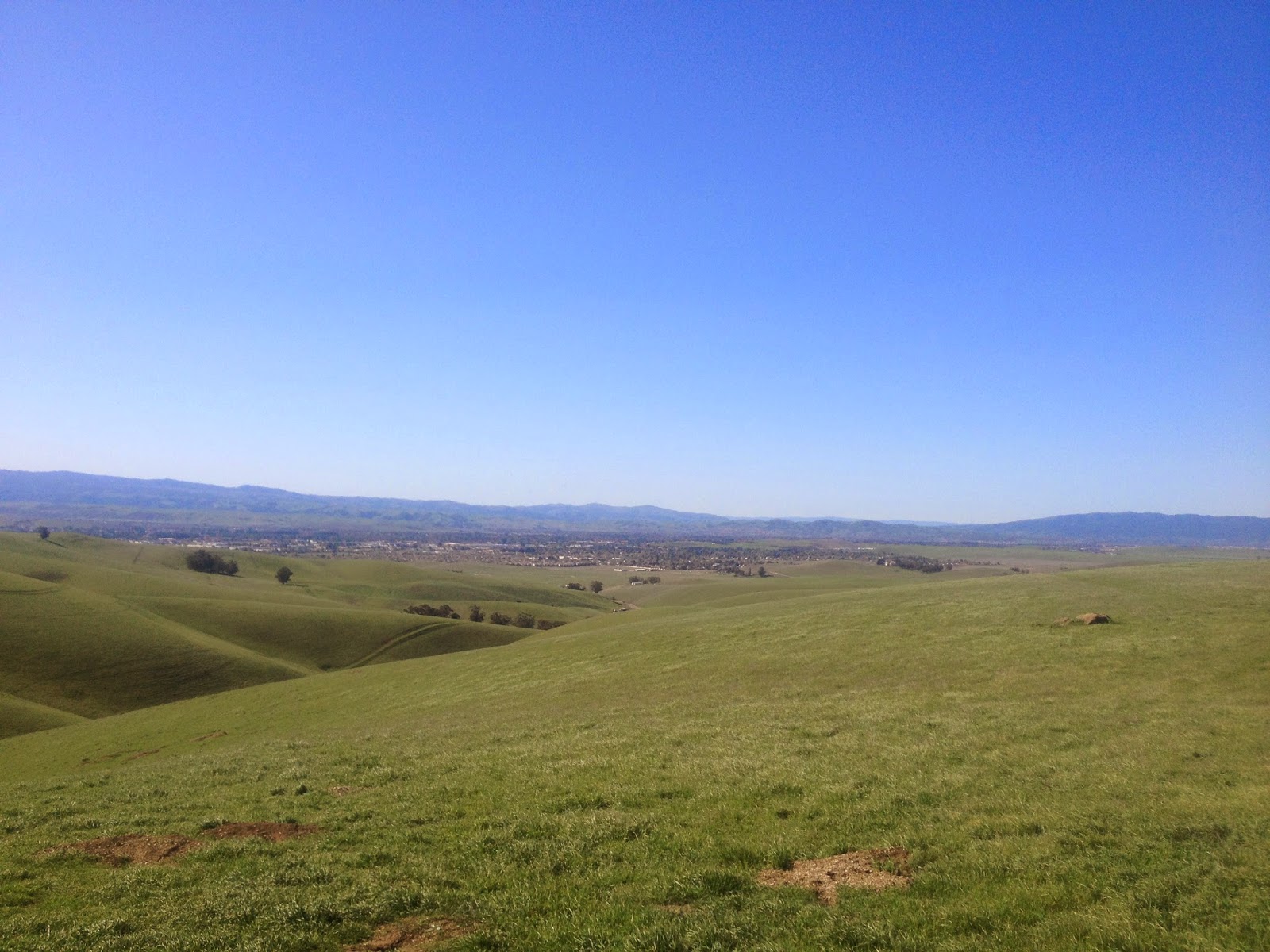 We got to the gate and we decided to take the other trail, the one we would have come out on if we had went over the hill. It was a slow steady uphill climb but the road was much wider and easier for riding a bike. 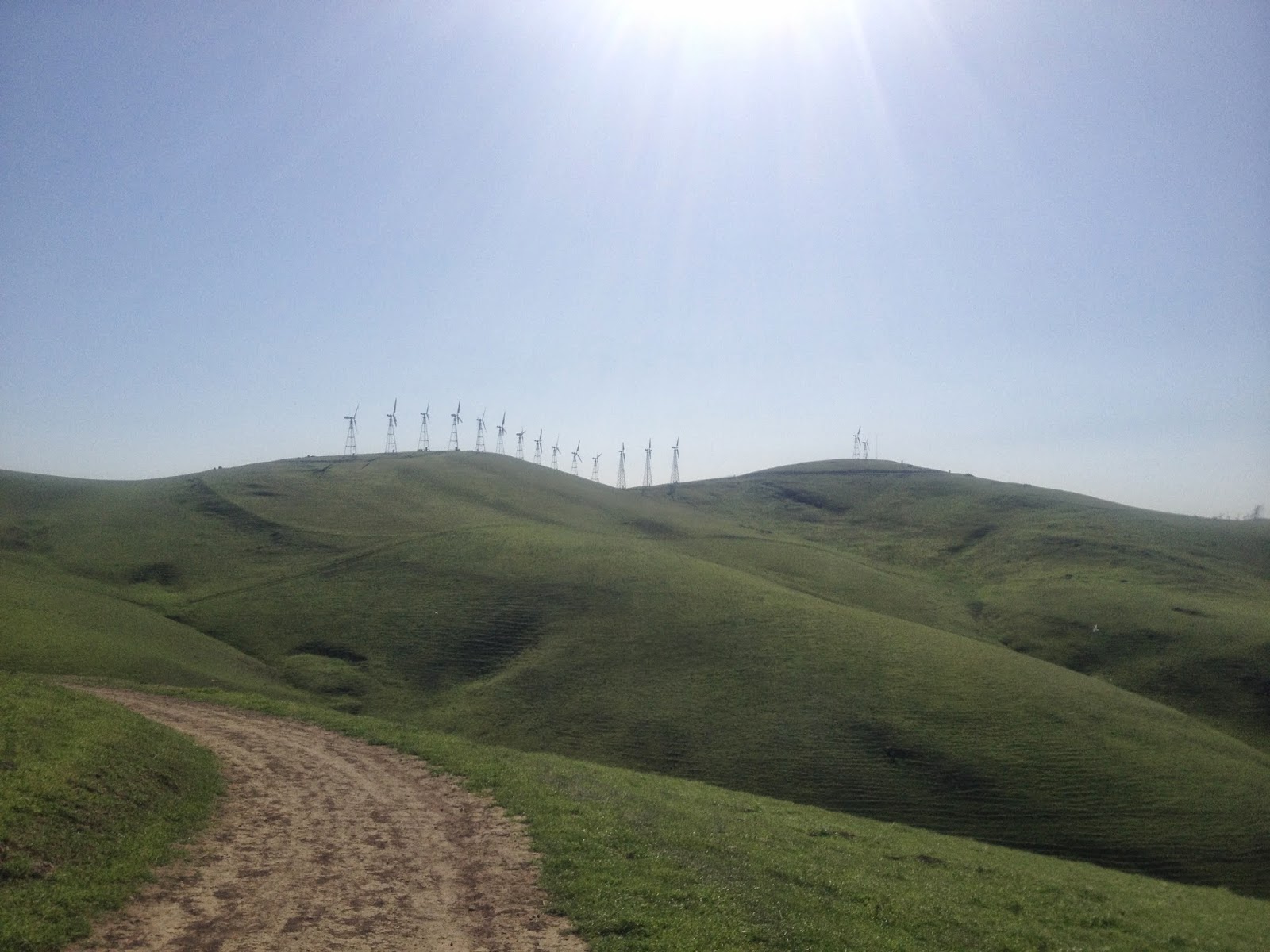 We just kept going up. 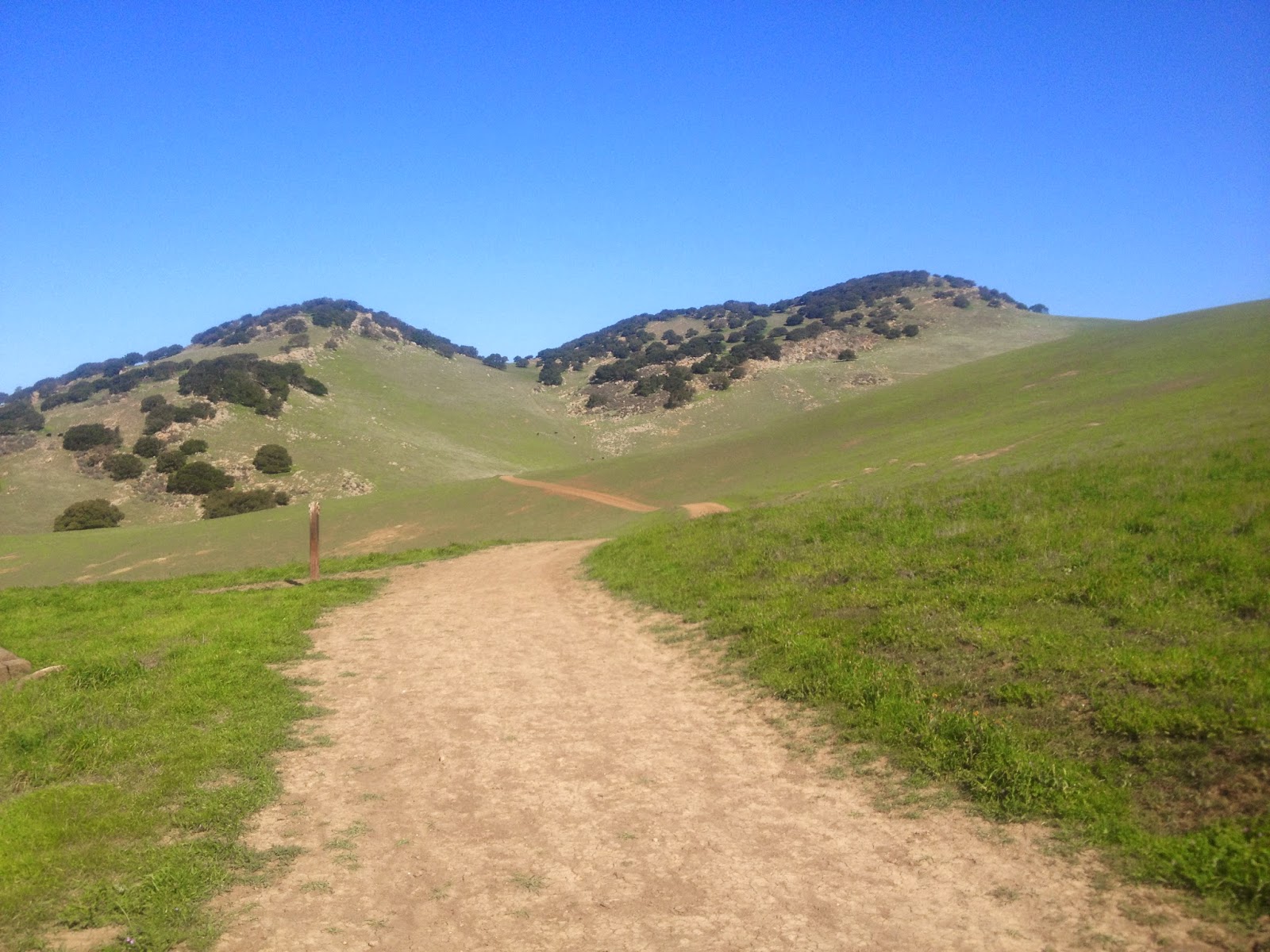 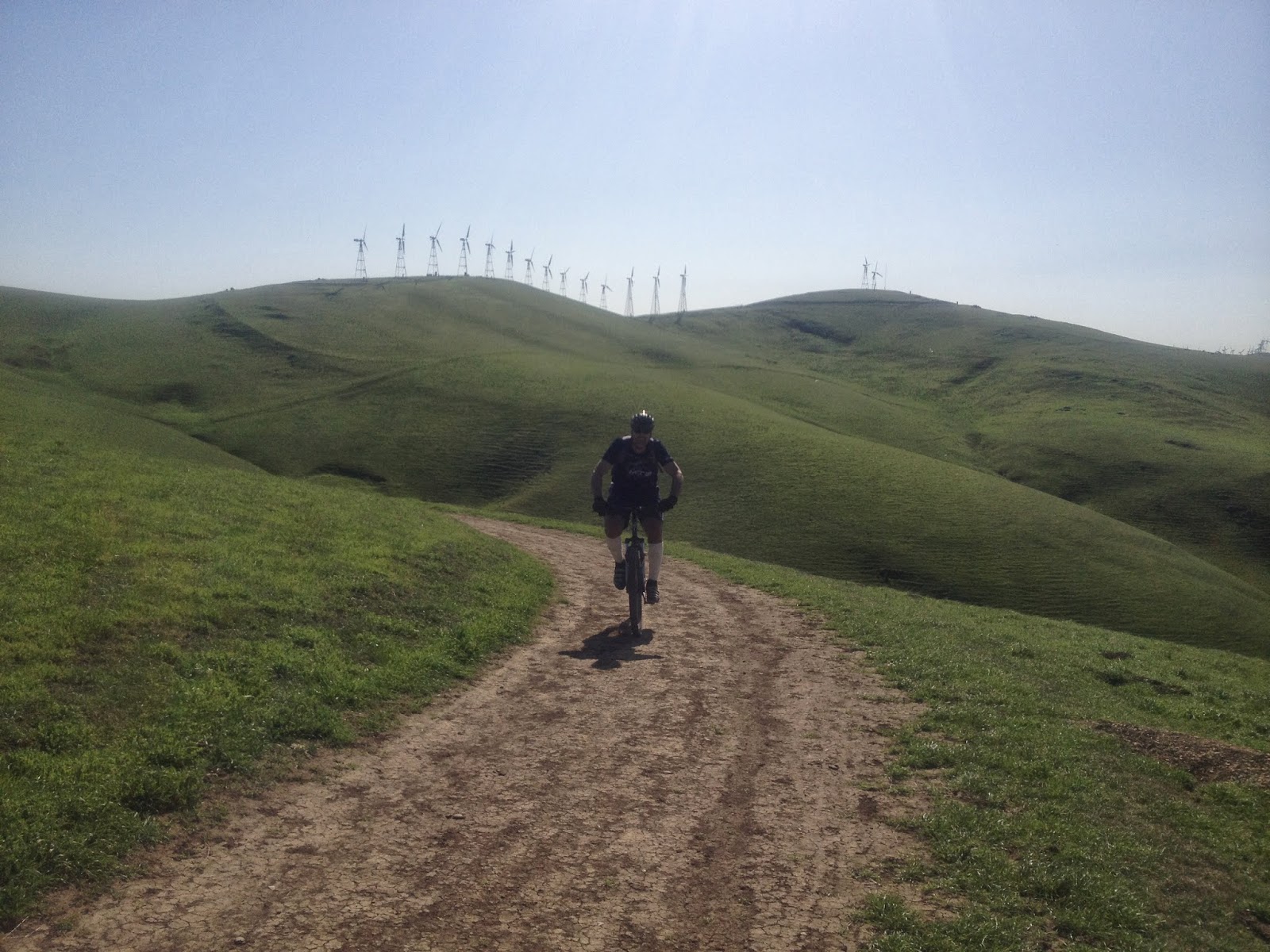 We thought, well we've come this far maybe we'll just go to to the top! 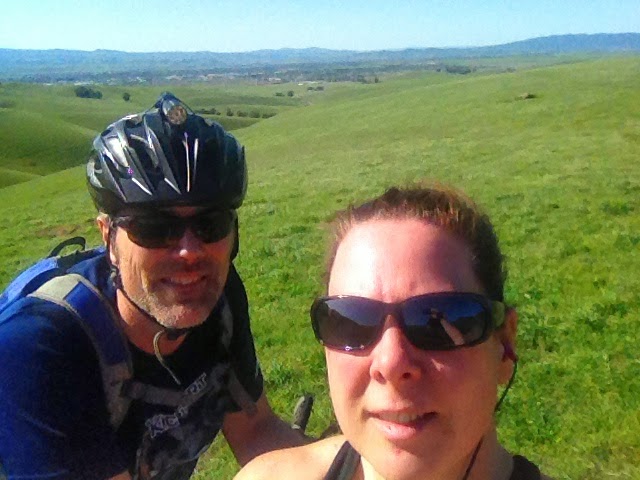 Then as I was running towards it I decided that straight up hill was a bit much, so I turned around and we went back down.  Scott got ahead of me and took a couple pictures of me. 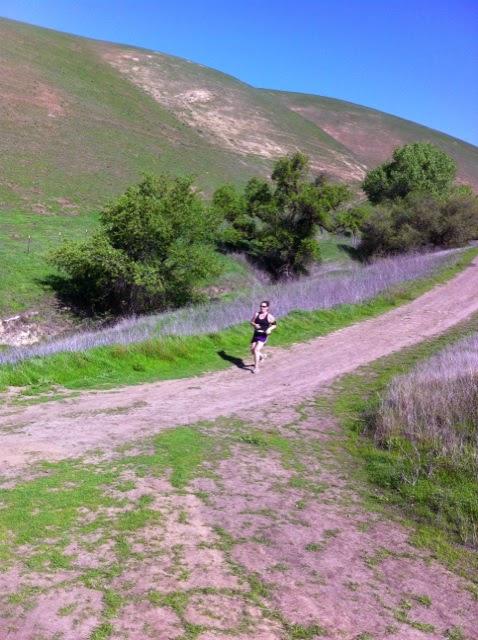 When we got to the end of the trail and back to the parking lot again I decided to just run down the main road and back to finish off my 10 miles, which was about 3 1/2 more miles. The road was so hot to run on! It was really hard but I was so proud of myself for not giving up (several times) when things weren't going the way I wanted and just sticking to it and getting the miles in. 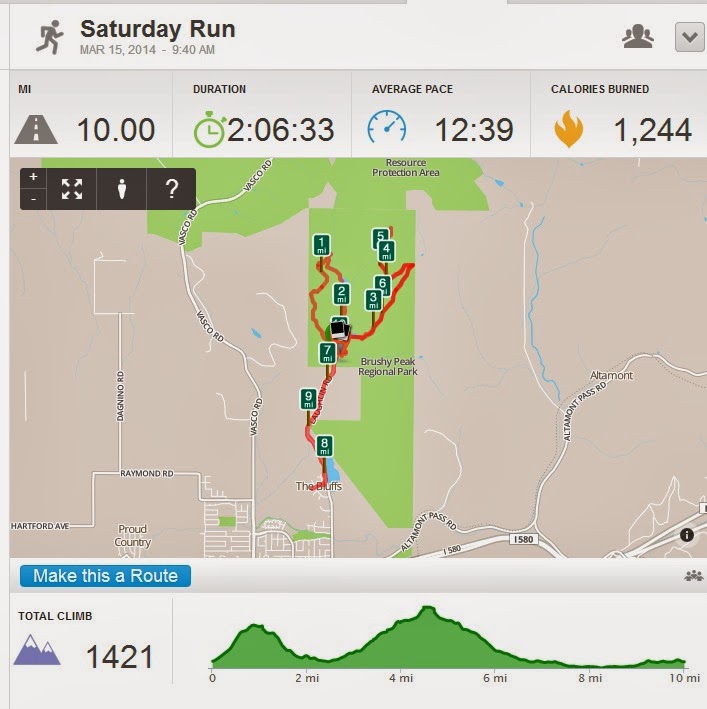 I probably should have worn sunscreen though. Lucky for me it doesn't hurt (yet).

Next weekend is the big half marathon in Utah! This was my last (and longest) long run for this training plan (Hal Higdon Novice 1 training). Although I don't feel quite as "trained up" as my last half I also don't feel totally exhausted and my legs don't hurt at all. Last time my knees were killing me by the time I got to the actual half. I think this was a good training plan for me.

I said that after this one I wasn't planning on running anymore long runs for awhile BUT I might be getting some free race entries with Vacation Races in exchange for sharing on Instagram, so... hmm win win?  The race I am thinking about doing would not be until August so I would have a bit of time off from doing longer runs. We'll see how it all works out!

OMG you ran UP THOSE HILLS!!! I am in awe. I cannot run at all.
What gorgeous scenery there.
And ouch, I hope that sunburn isn't sore now.