We Went To Jackson

Saturday I spent the day with my Mom!

I drove to Stockton and picked her up and then we went to IHOP for breakfast. I was going to order an omelet for breakfast and then looked at the price. Holy hell why does an omelet cost $12 plus? Doesn't that sound a bit high for some place like that? I could see if it was some fancy place but come on this is IHOP! I settled for the 2x2x2x instead. Probably shouldn't have got the pancakes but they were yummy (and like almost half the price of that omelet..

After that we drove up into the foothills and to downtown Jackson to do some antiquing. As we were making our way there we ended up stopping at a couple thrift stores first.

The first one we went to had a resident cat. He was a big guy and totally ok with you petting him and giving him lots of loves. He even has his own Facebook page, how cute is that? 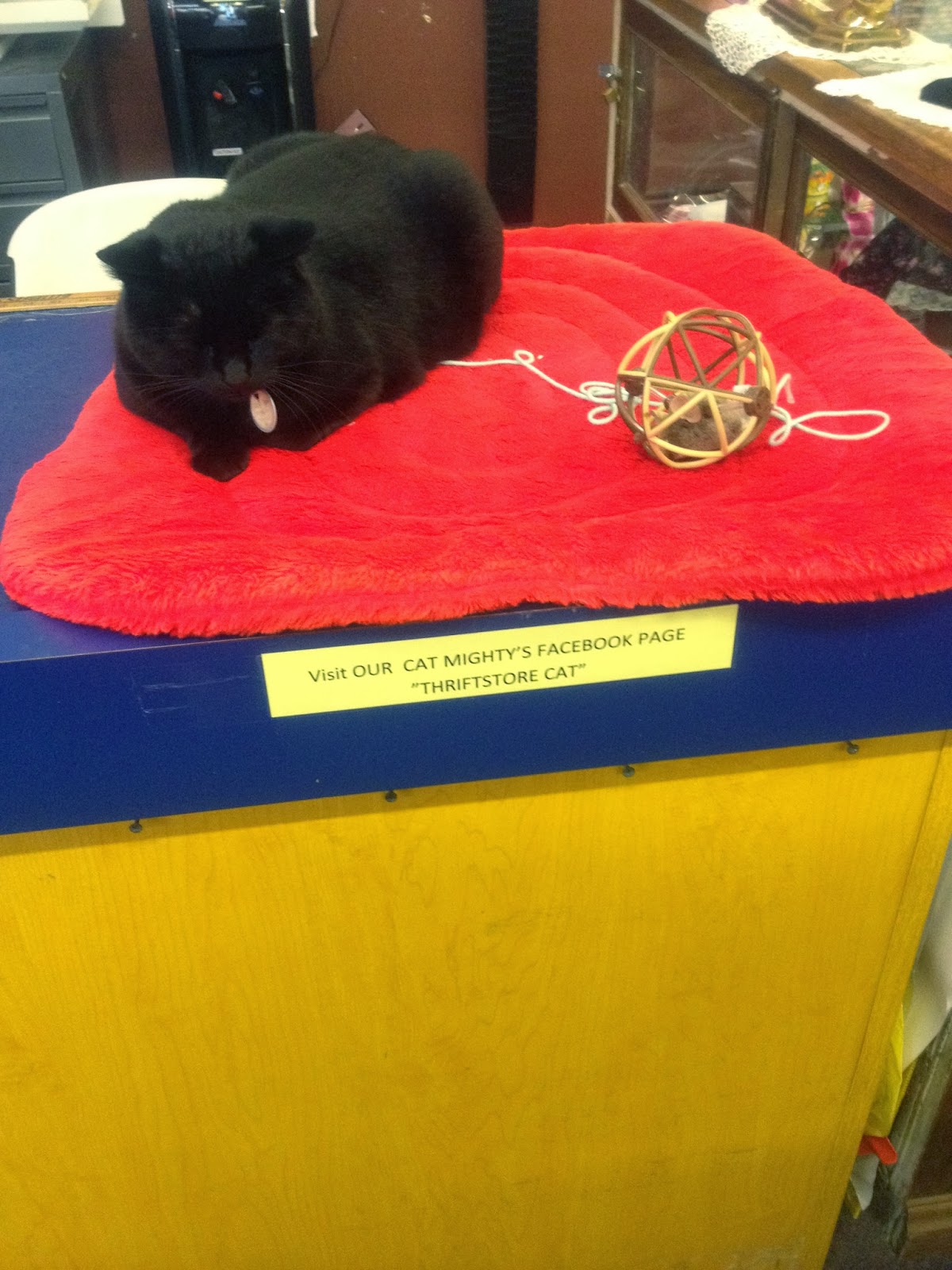 That was a pretty good thrift store too, I got a few things there and my total was like $4. I love good deals like that.

Eventually we made our way to downtown and started going through the stores. My Mom had went a couple weeks ago and wanted to get a few things that she saw then. 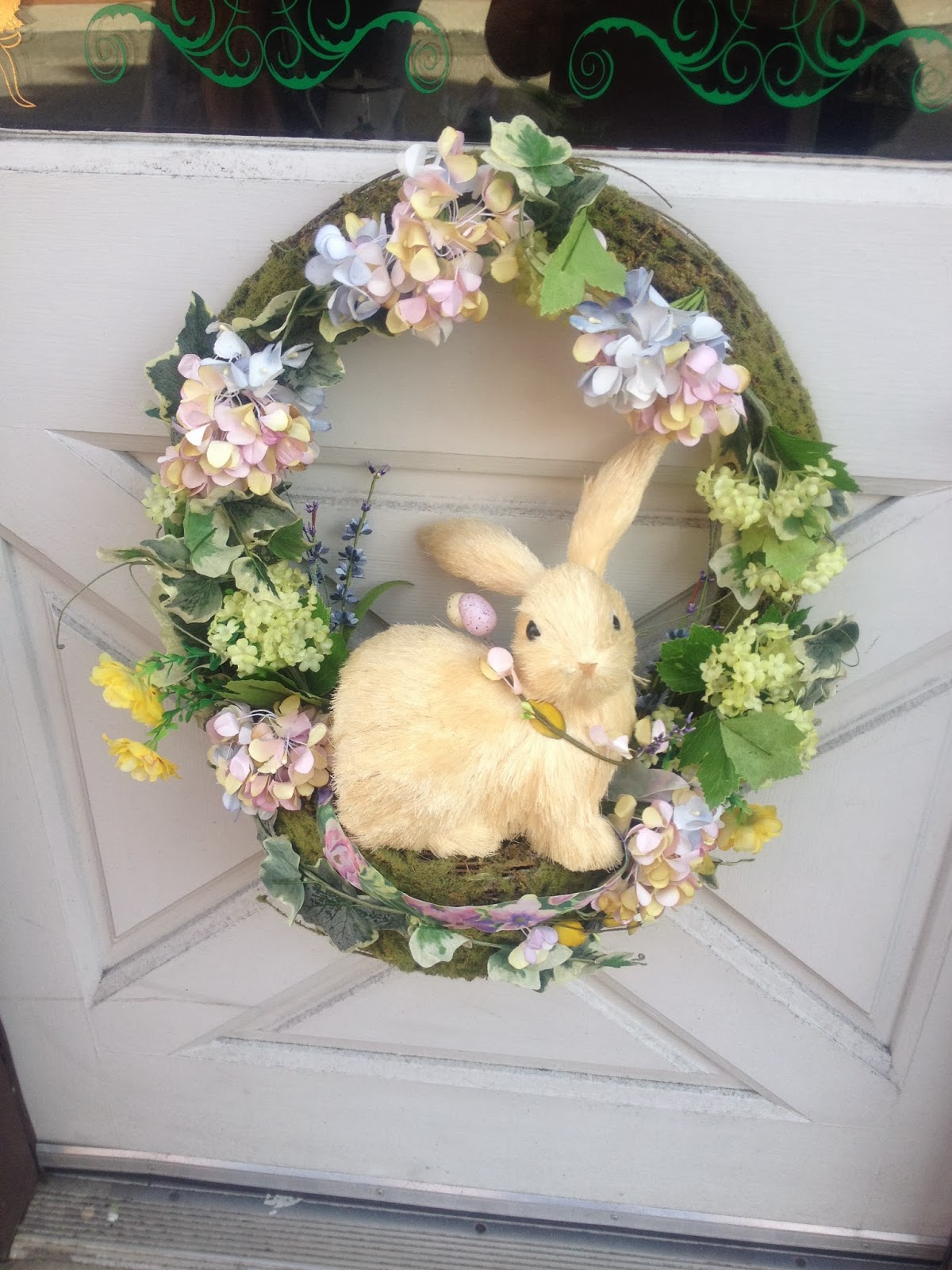 My Mom really liked this blue Formica table. It appears to have "new" legs on it but it would be a fun piece to have. 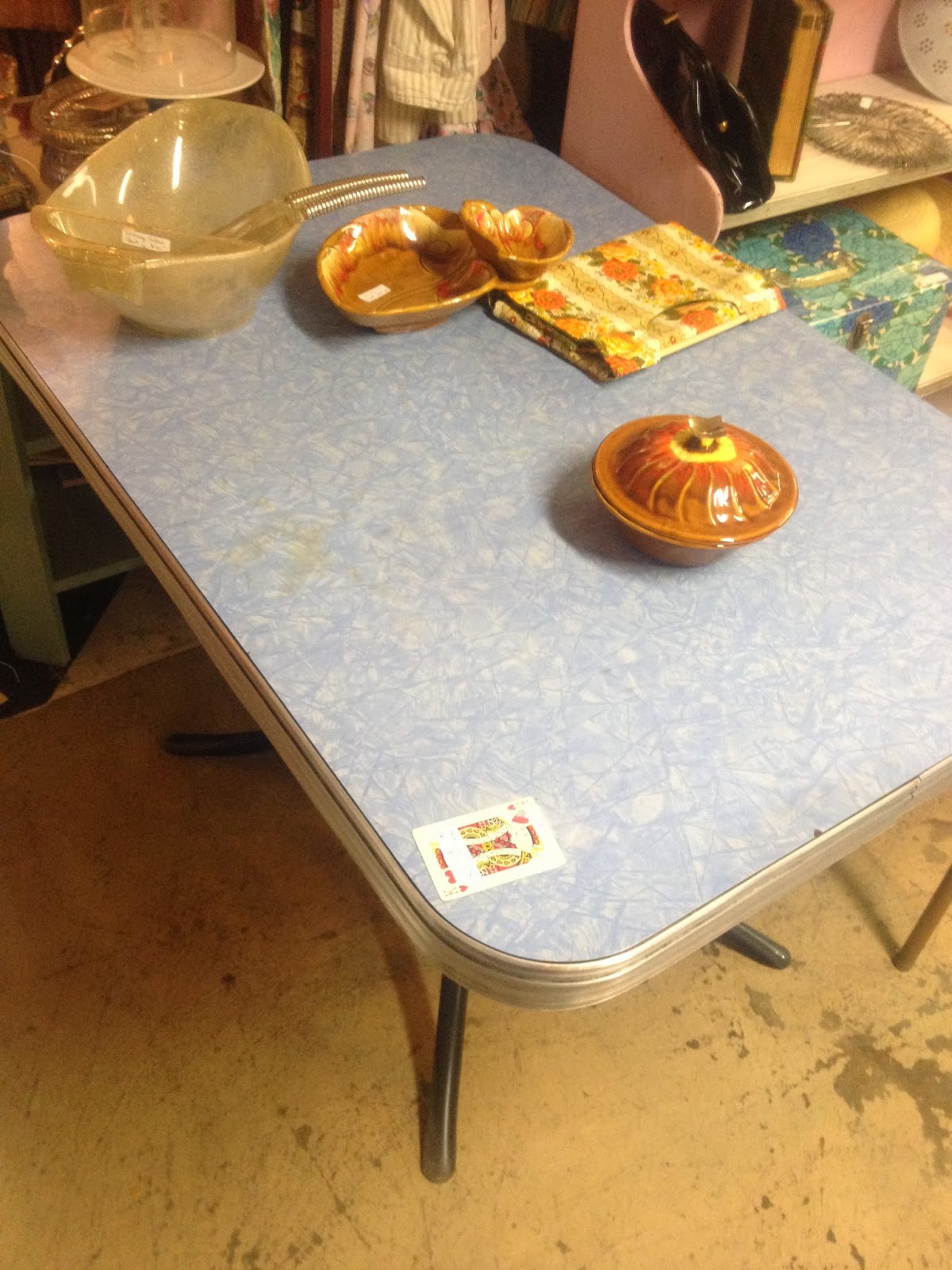 This goes in the "ewww" catagory. I know I've ALWAYS wanted to drink my bottle out of a cow's leg, complete with hove. HORK! 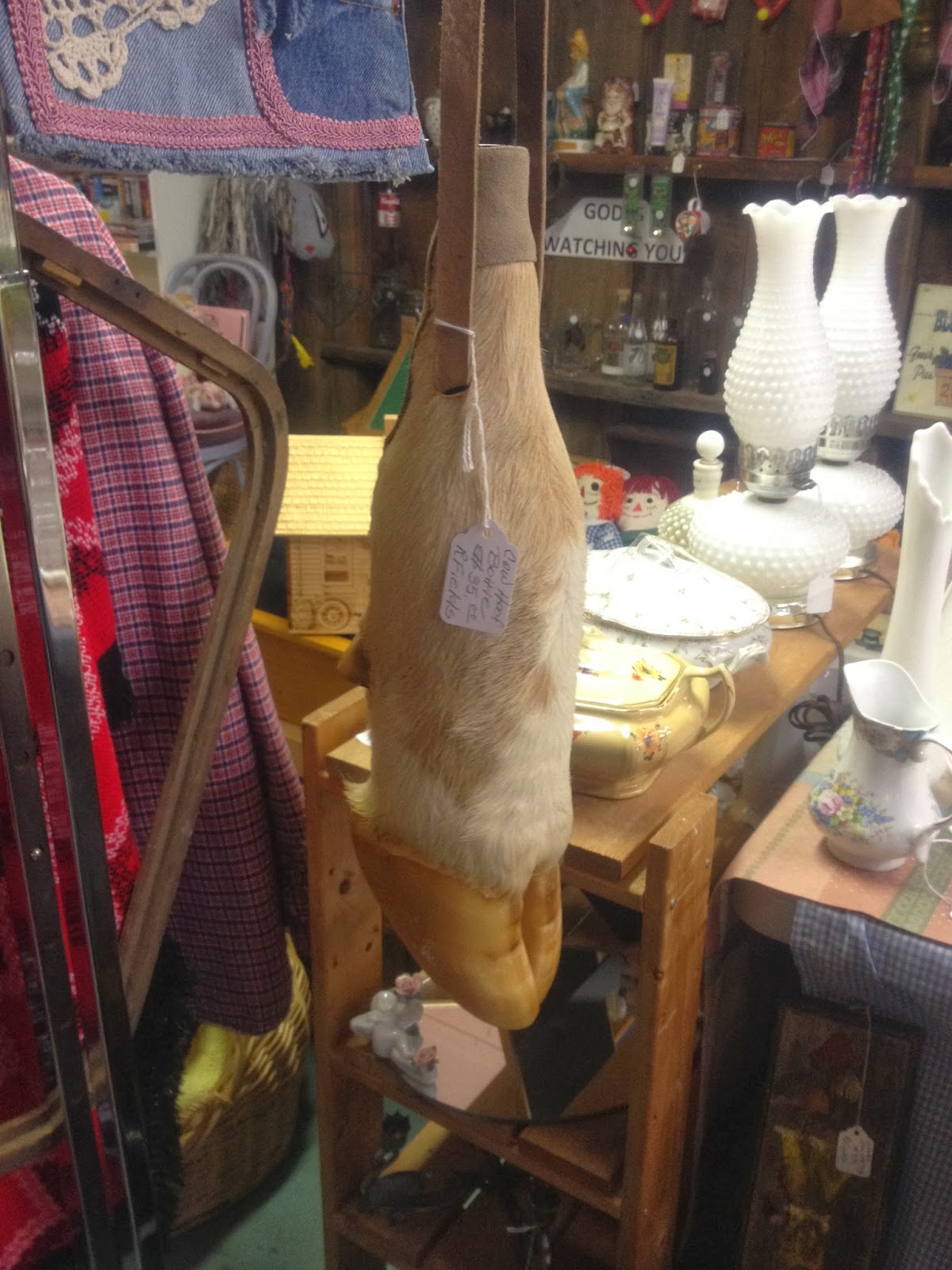 These little "OWBOTS" were kind of fun. I thought these pictures were fun too. Easy to make something like that too. 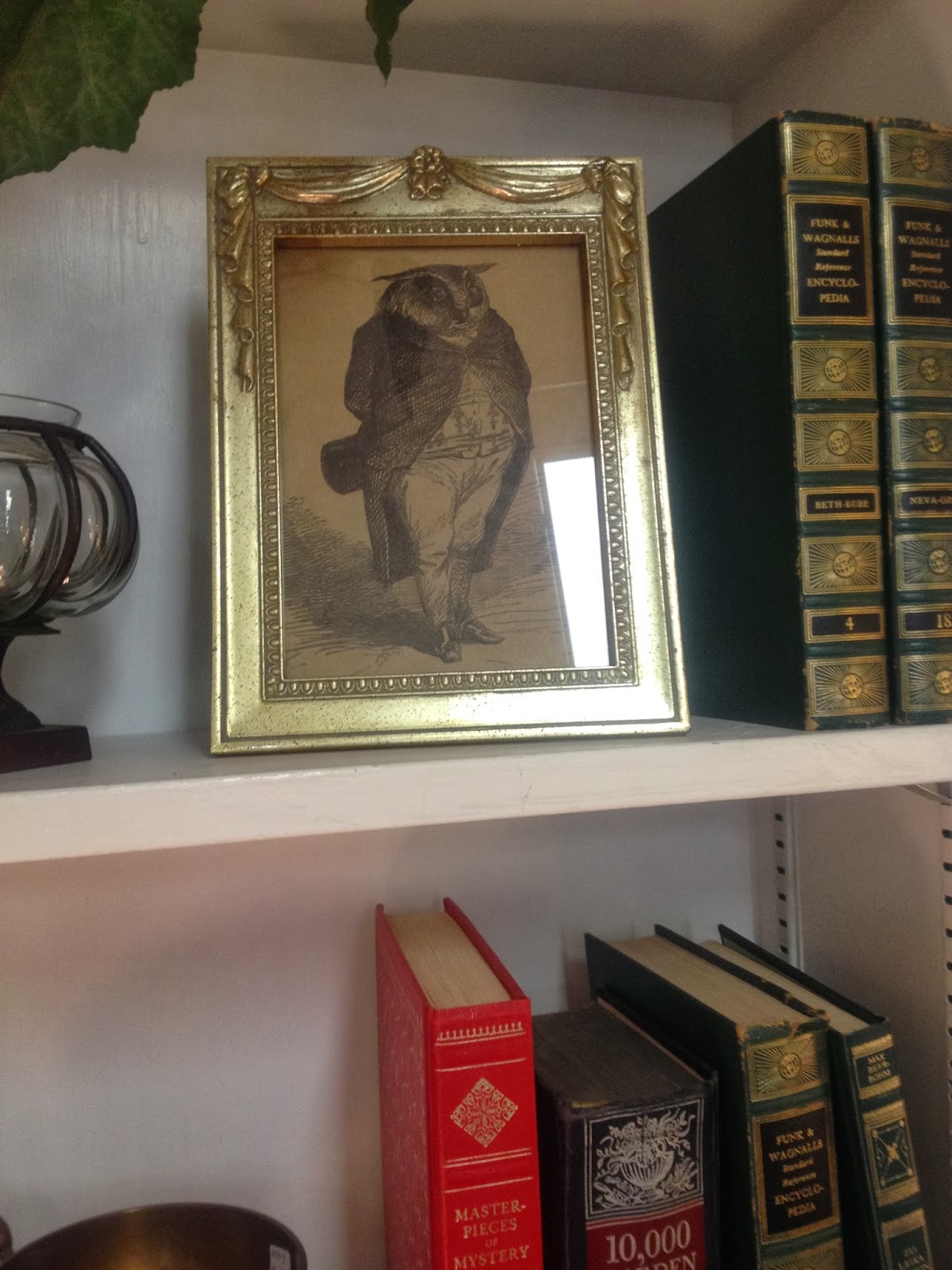 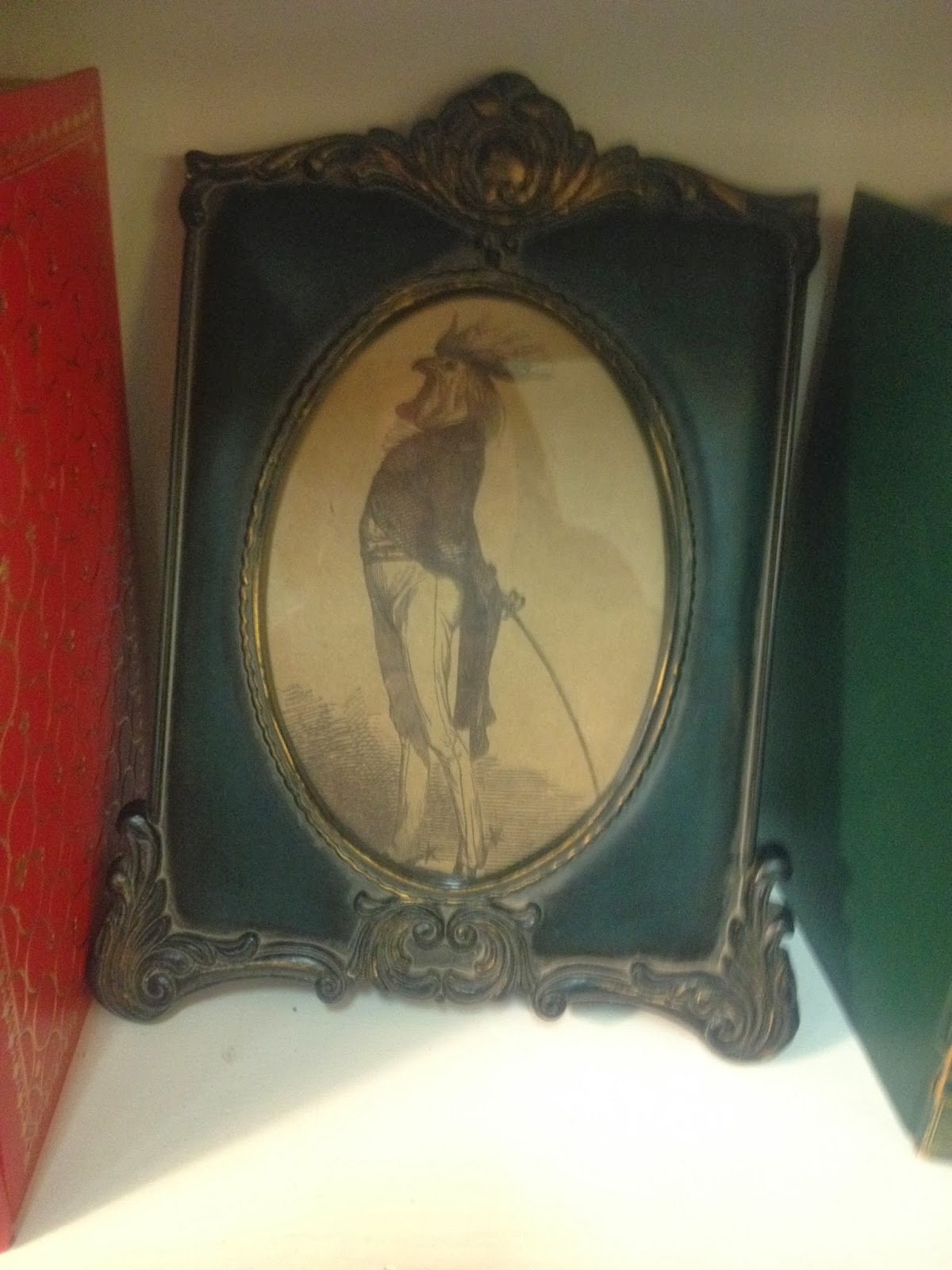 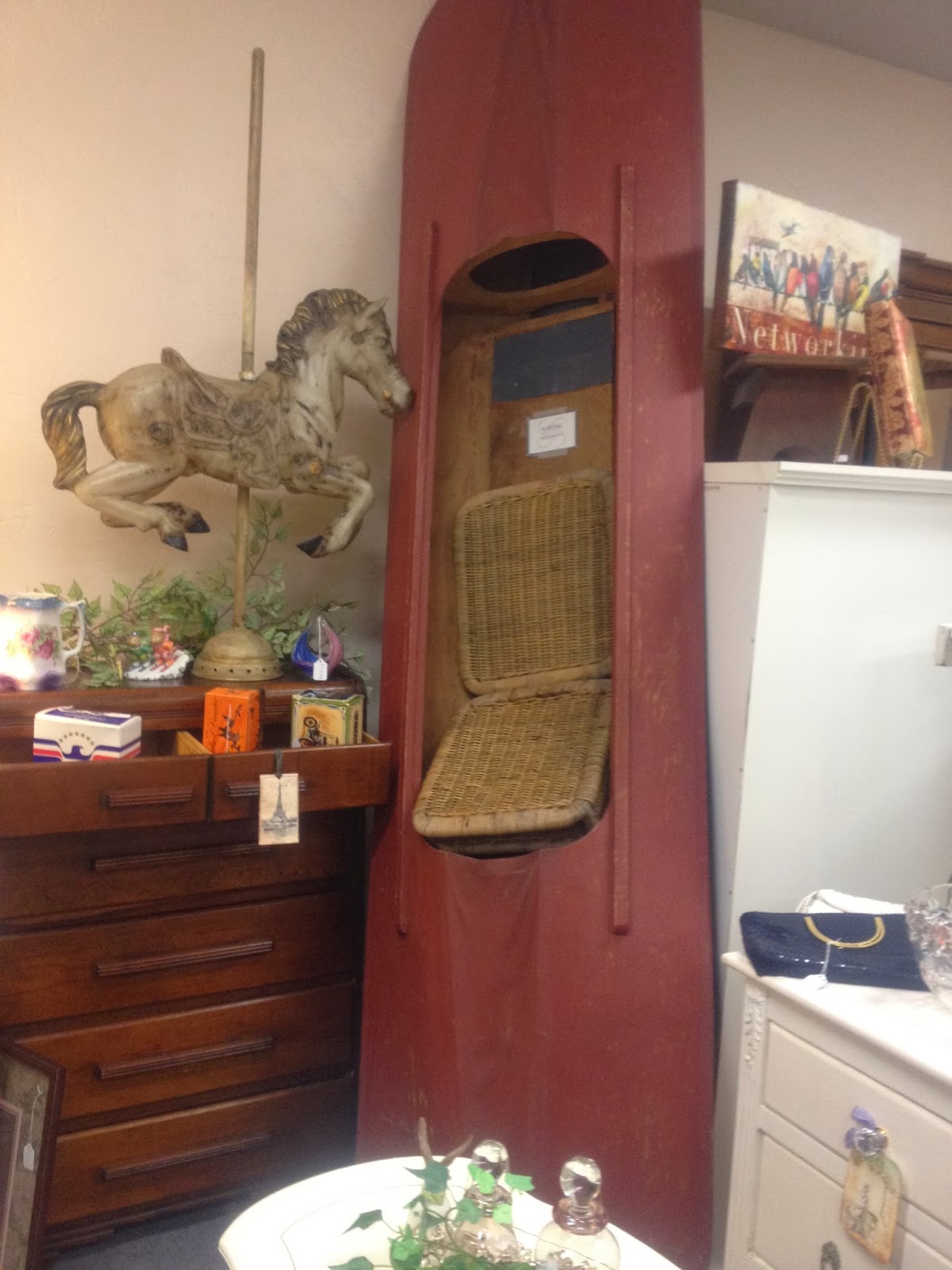 We spent hours going in and out of the shops. I only picked up a couple things, which are still out in the car and I'm too lazy at the moment to go out and get. I'll have to show you later.

After we got done shopping we went over to Mel & Faye's Diner for dinner. Umm so good. We used to go to the original Mel's when I was a kid. It was just this tiny little dive. They moved down the street into their new big restaurant they built a few (probably like 10 or more years now) ago. The place is always packed and after we got our food I remembered why.  YUMMY! 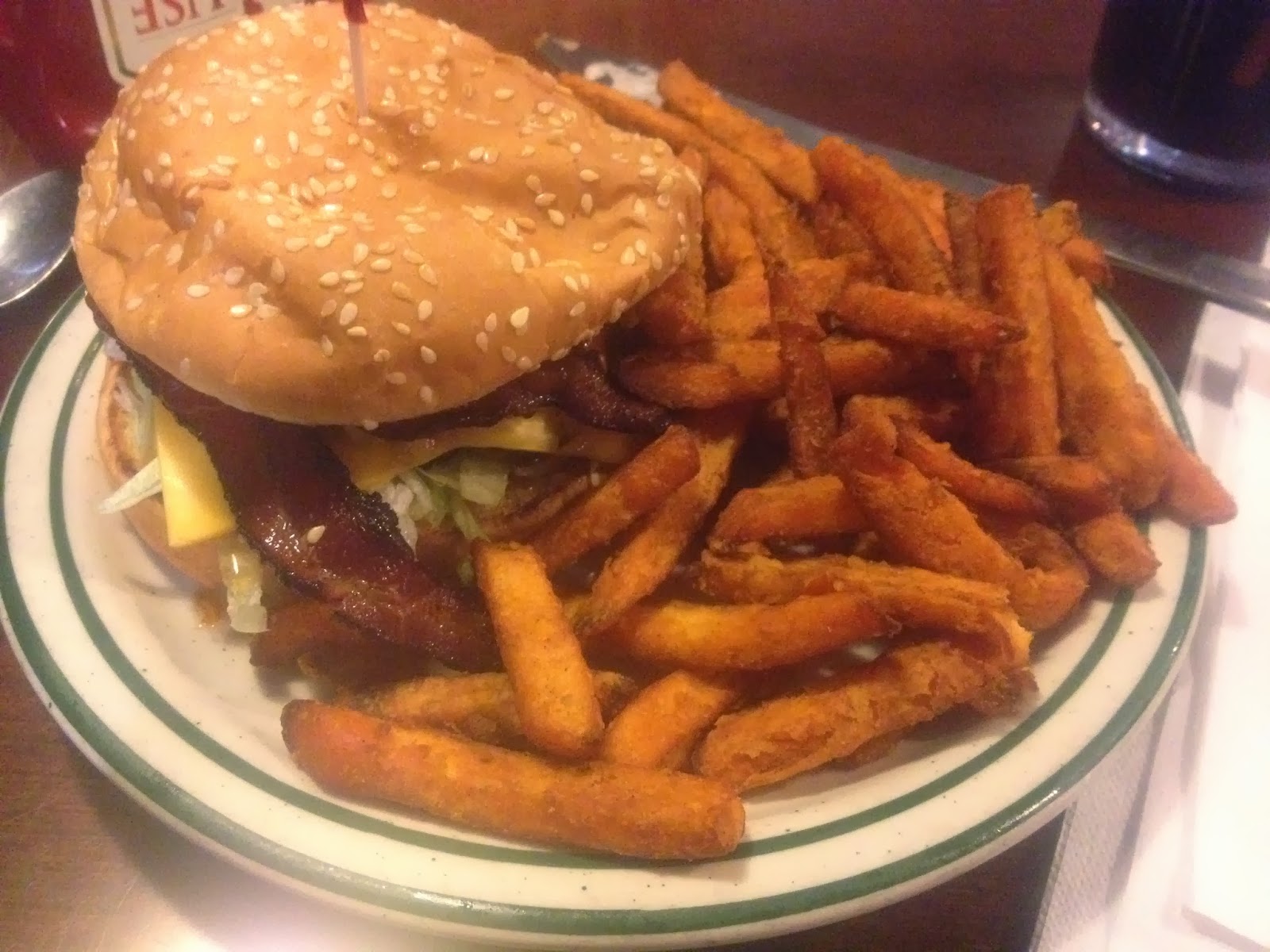 After dinner we went back to my Mom's house and hung out for a bit and then I had to drive home. I was so tired I kept having to roll down the window. It was horrible! Sad part is that it wasn't even that late. I got home and pretty much went straight to bed and slept like a baby!
Pin It
Posted by Julie H at 8:53 PM

Fun post. I can't believe stinky old Ihop is charging $12 for eggs! My local deli charges that but the salad that I get there is $14 so it does not seem so bad. I thought Ihop was in the denny's price range. LOL

okay what is on those fries? Mmm...they look very good.

You didn't show us what you bought!!!