I somehow just ended up spending like an hour on my Pinterest updating some URL's. Weird how you end up wasting time doing things like that when you sit down at the computer. Pinterest is a sorter's dream place. or nightmare. Where shall I put THIS pin? Yes, I have issues as you can tell by my Pinterest boards. That is how my whole life would be organized if I was single and lived alone. Anything the family touches instantly gets unorganized and somethings I've just had to give up on. Like the movie cabinet. We have one big cabinet all full of movies and I used to have them all organized alphabetically. I like, can't even watch a movie now because just opening the cabinet gives me heart palpitations because it's NOT ORGANIZED ANYMORE. Damn kids. Maybe one of these days I'll spend a couple hours fixing it.

Anyhow, I totally didn't plan on writing that little rant out but there it is. One of the pins I came across was this one from when I finished the Couch 2 5k program. 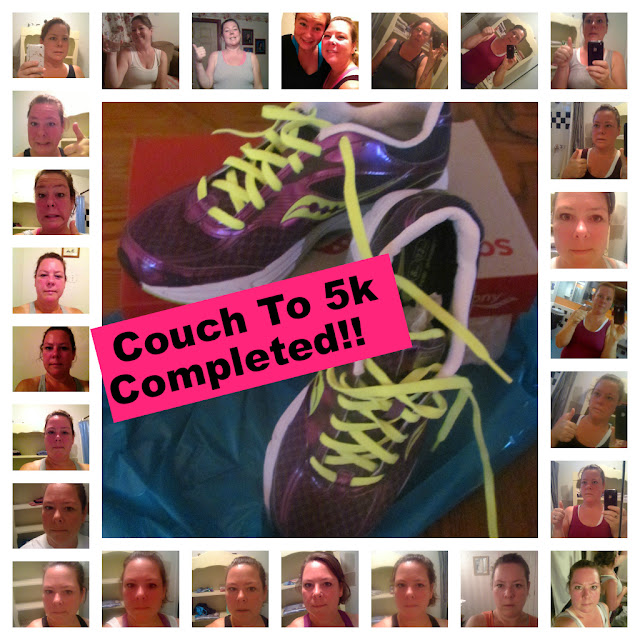 It made me smile because that was such a HUGE monumental moment in my life. I still remember the big sobs when I was done with that first 30 minute run. It just felt so awesome to FINALLY do something that I had tried to do several times and gave up/failed on.

If you are trying the couch to 5k program, don't give up! It took me three tries before I stuck to it and finished it all up.

In other news, today is day 30 on my Bikini Body Mommy Challenge. Which means I had to take my measurements and jot down my weight. 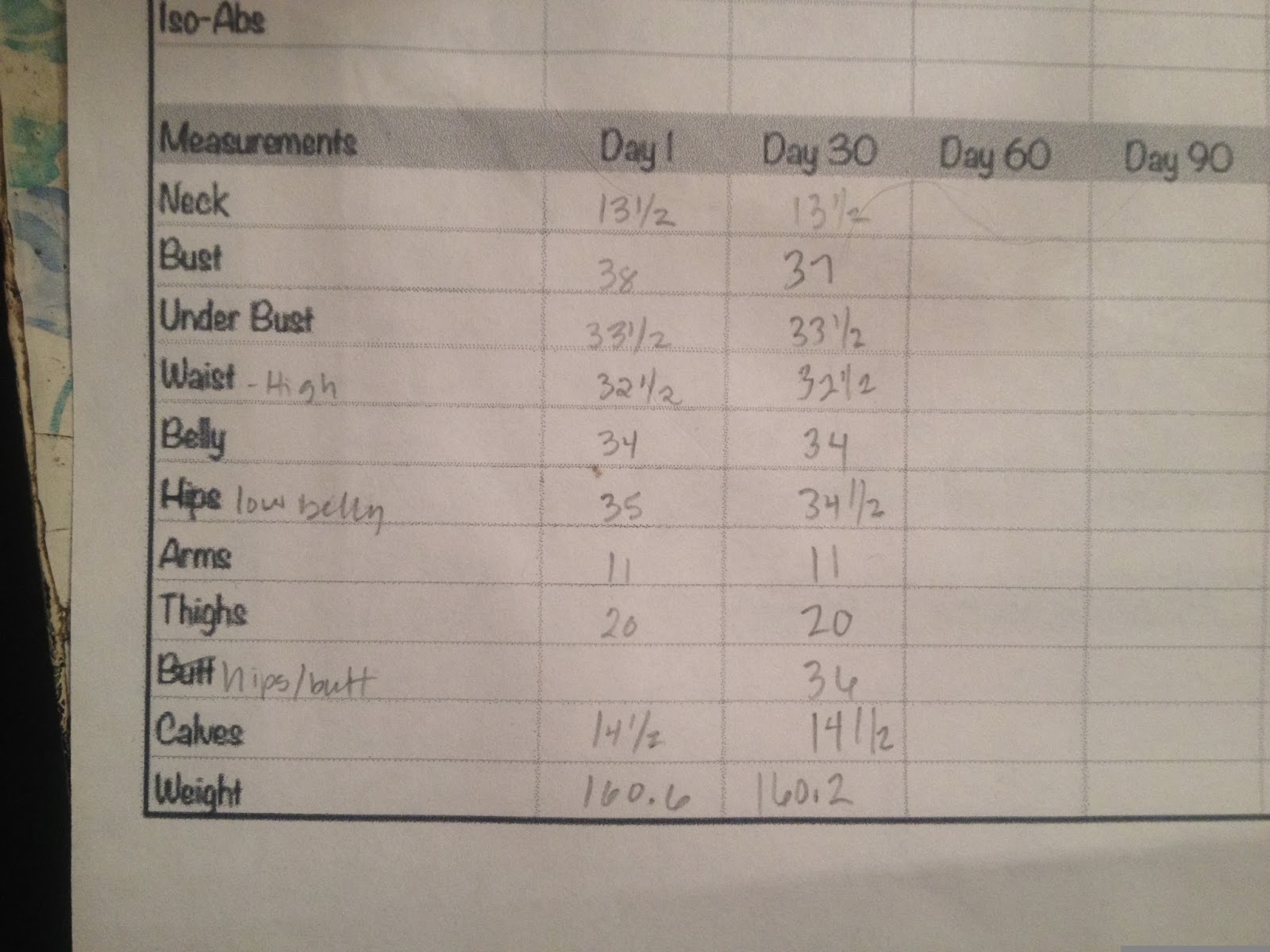 Apparently I'm like the only person on earth that can do these programs and stay almost exactly the same? Hopefully by the next one I'll see some difference since I'm trying to reign in the over eating again. It doesn't matter if you run for an hour if you eat for two it seems. So unfair!

Today I did my scheduled 5 mile run.

I might still do a Bikini Body Mommy work out, the ones for this week don't take much time.


I did Monday's on Wednesday so I have Wednesday's and Friday's to do for the week if I want to be caught up. I have a 9 mile run on the schedule for this weekend. I'd like to get up early on Saturday morning and do it. I'm most likely going to go antiquing with my Mom that day. I'd like to go ride bikes on Sunday if it's nice so I need to do the run on Saturday.

My half in Utah is two weeks from Saturday! Coming up soon. I absolutely cannot wait to go on vacation! The half is more of an after thought at this point for me than the 2 nights in Vegas and 2 nights in Utah with my bestie! Oh and my husband and her husband too. Should be a blast!Pin It
Posted by Julie H at 9:29 PM

I hear you on the no change in body after all the effort. I'm good at sticking with exercise and bad at not eating junk. Oh well.. it's a give and take.. Keep up the good work and good luck on your 1/2 in Utah. Sounds like A fun Vegas trip to look forward to.

Sometimes when your measurements/weight stays the same even after doing all that exercise, it means you need to change what you are doing because your body has gotten used to what you are doing.
Same with losing weight, if your body gets used to what you eat, after a while you plateau and nothing happens. You need to change it up, mix it around, try new foods, eat at different times, etc. Then you shock your body into getting into gear again.