Sunday we drove up the road a bit and over to our "other campsite" that we like. Then walked back to the "beach". The water was up higher but there was still enough of the beach left to hang out and play. 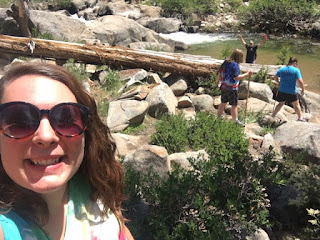 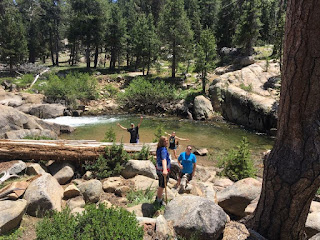 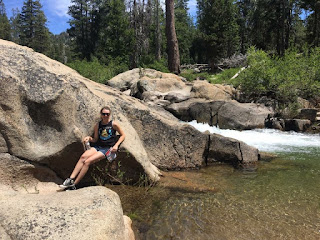 Snookie was so funny rubbing herself in the sand 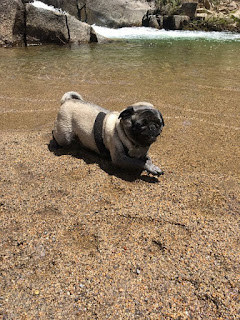 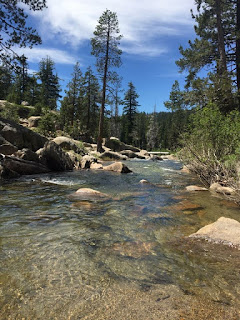 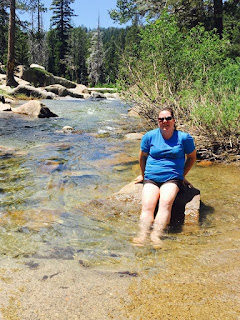 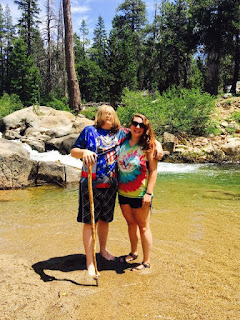 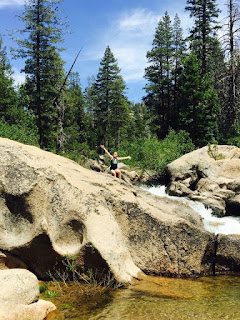 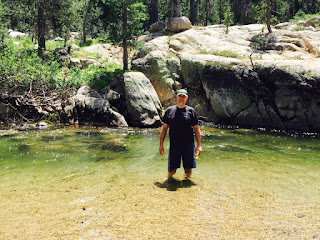 The current was really strong and most of the rocks we usually rock hop on were under water so there wasn't much playing in that part. 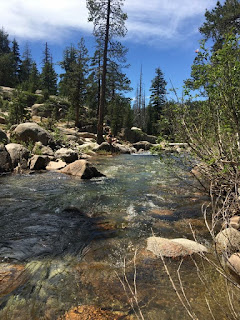 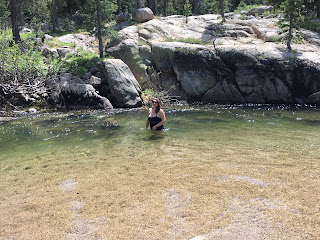 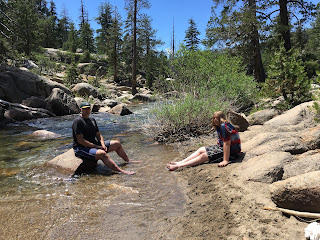 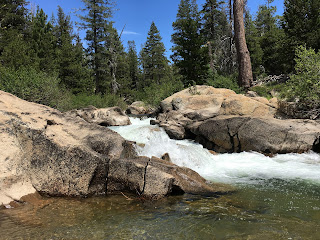 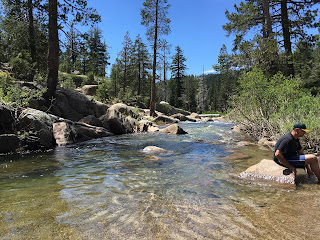 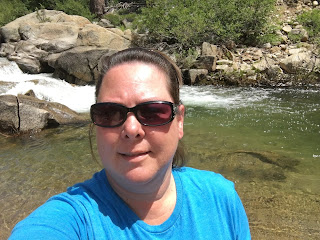 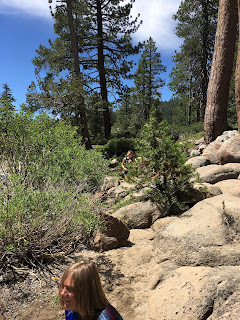 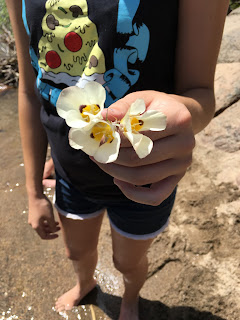 After playing on the beach we thought we'd go for a little walk but everyone started to melt down so we just went back to the campsite. We played cards for awhile then WWIII broke out and I was educated on why we should probably only go camping for 3 days or go camping somewhere with more things to do (or actually plan to go hiking on a trail that is marked or something!). Hey camping isn't fun unless you can make a story about "remember that time" right?

The next day Jessica wasn't feeling well so we stuffed her car full of things we didn't need anymore and sent her on her way. We decided later to go for a little ride to the store. On the way we passed some cattle trucks. Hmmm we thought, they must be loading up the cows.

We got to Bear Valley and we were all happy to see we had service! We spent awhile just sitting at a table outside eating ice cream sandwiches and playing on our phones until it started to sprinkle.  We loaded up our $8 for 2 gallons of water (robbery much?), $8 pack of firewood and $4 bag of ice and started back to the campsite. 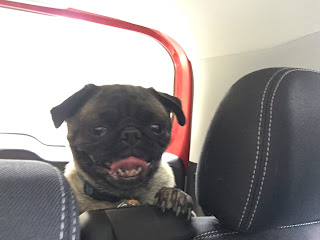 That is when we passed 2 people on horses, then the traffic stopped because they were herding cattle up the road! 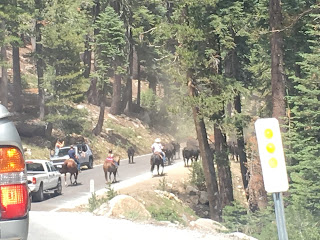 That's a lot of cattle

When we finally got back to our campsite we were seeing a few cows which we thought were going behind a fence. Then I realized that no, they were not going behind the fence. I went down to where the potties were saw that's where the people on the horses were. I asked the one lady where they were herding them to and she said "this is it". So basically they herded 3 or more large cattle trucks full of cattle to our campsite and dropped them off. AWESOME. (did you hear the bells in the video?) 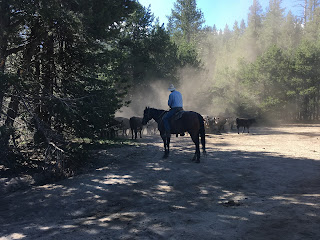 Scott was so stressed out by the cows that he went in the tent and went to bed early lol. 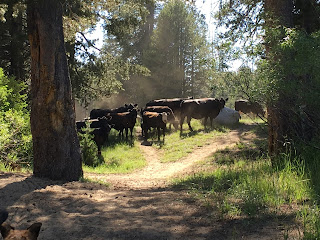 We seriously debated just packing up early and going home. Luckily most of the cows went away from our campsite after we shooed them away.

The next morning I was dreaming with some cow bell music and Scott was like "that sounds really close". He got up and told Rusty that he was a horrible guard dog and then shooed a bunch of cows away from the front of Melissa's tent where they had been grazing on some grass.

We packed up and went home on Tuesday (note to self/Scott, don't pack up the shade tent first next time). We were all so ready to go home we didn't even stop until we were almost home for a bathroom break, which then also turned into a taco bell drive through lol.

So I think we are good on camping for awhile! Next time maybe we can find somewhere to camp by the ocean or something.