I've been trying to be a bit more organized lately. You know, do things like cook dinner and stuff. It's usually just me and Trevor here and then Scott gets here at like 7:30 so it's easy to just want to pick up something if I'm out running errands or something.  But I've actually cooked like 2x in the last few days haha.

I've been doing a lot of flipping selling things on Etsy (mostly patterns and sewing/crafting related things). I've been trying to list 5 things a day this week. Listing is the hard part, shopping is the fun part ;)

Also trying to blog every day but sometimes I forget.

And I've been trying to sew for my craft shows. This Sunday I have the "Graffiti-Con" which is a car show outside and comics inside. I only signed up for this because the booths are INSIDE. After this I'm not doing any shows until MAYBE September but definitely October (signed up for 2 so far in October), It's just too freaking hot. Also this will give me time to build up more inventory for MORE FUN STUFF haha.

OMG today I got 3 black trash bags of scrap fabric from someone on Marketplace. I knew who she was and what kind of fabric she sews with because she sells aprons at the craft shows I do. She didn't remember me which I was a bit sad about but she's older too ;)

Lately I've been working on these drawstring backpacks. As usual I cut out a ton and now I hate them lol. I always go through my fabric and try to pull out things for projects and end up doing this to myself. After about 5 of them I decided to go full on assembly line. Last night I finished sewing them all so now I just need to do the straps. I make the straps out of bias tape, I usually sew 2 lengths together or if it's a double up one I'll just sew it on both sides. It's a bit time consuming but most of the bias tape I got for next to nothing here and there (somehow I have a huge box of it..) so making these I don't have a lot of money in them. People seem to really like them too, so that's good.

Several this round are from linens I'm re-purposing. Hopefully they do ok!

Me being over zealous 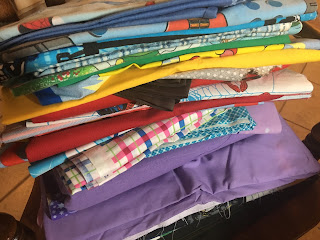 Couple that I got done before I went assembly line 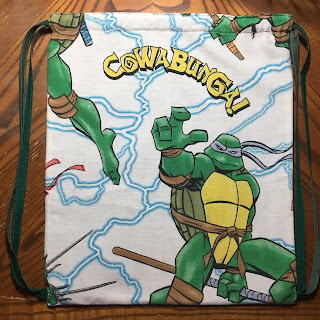 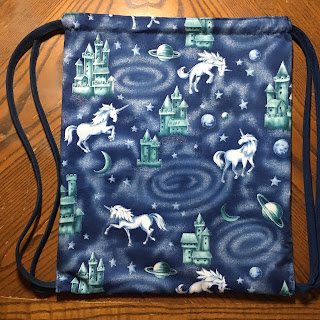 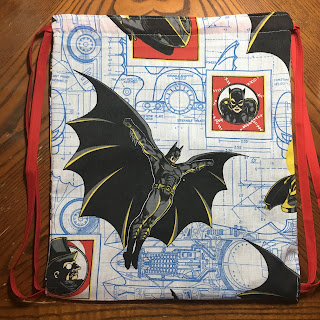 Yes lol got like 7 hours I think haha. What’s killer is that I have nothing to do at work right now so it’s a long boring day til I get home!

They need to let you work from home! You could multitask like a maniac!!