For the 4th of July I spent most of the day down at the clubhouse for the party. 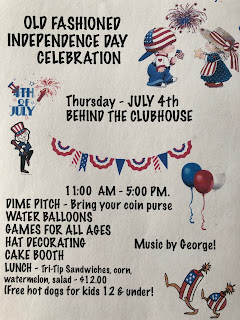 I was only in charge of the watermelon eating contest.  So I came early to cut up watermelon then just hung out. 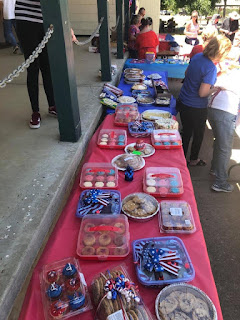 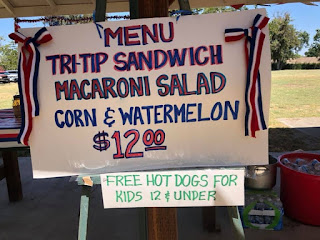 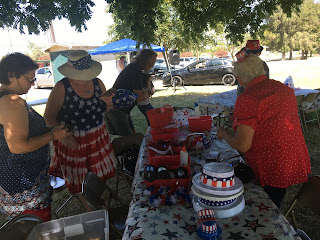 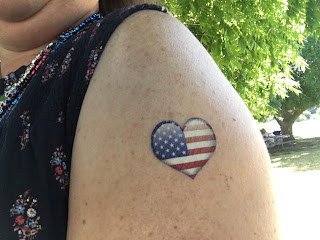 Scott was there for awhile 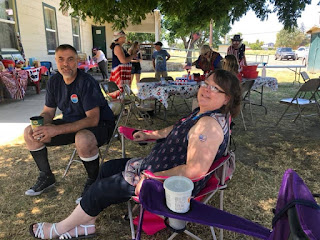 Everyone loves the watermelon eating contest 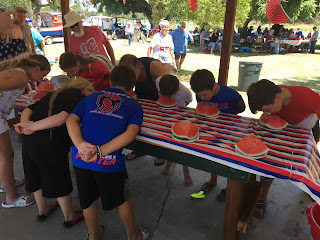 After that was over I retreated to the bar where it was much cooler. It was super hot that day. The bar closed at like 5 which was weird. Usually everyone hangs out after but I just went home since I wasn't feeling all that great from the heat. I took a nap and then I was hungry. The corner store didn't have their grill on and I hadn't planned anything since I thought we'd be at the party all day. Scott and I ended up driving to Taco Bell. My oldest was appalled that we would have Taco Bell on the 4th of July. Apparently I should have planned a BBQ.  Who knew? Later we ended up going to watch the fireworks even though I didn't really care. When I was younger I never understood why my parents didn't care about the fireworks and now I know haha. Eventually it's just not worth the crowds.  Next year the 4th is on a Saturday so that's a little better but I'm going to bow out of the club party to spend it with my family. Originally I was going to do that but got guilted into coming to help with the club party (and then I wasn't really all that needed).  Hard making choices sometimes!

You are catching up like me! HA! Forth of July post in October....this is why I love your blog and you!! HUGS - have a great day Julie!