I did a lot of sewing over the summer! Here's the mass "sunglasses cases" ready to go. Picking fabric, cutting and pinning takes way longer than actually sewing! 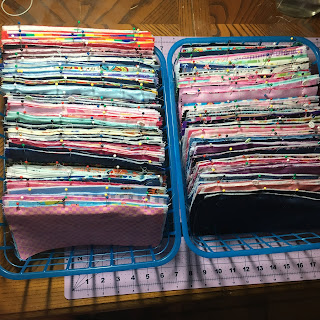 2 of these were for a co-worker 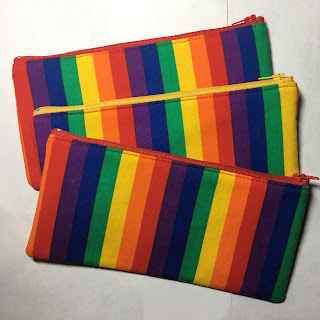 Finished items! I had a lot of small pieces of character fabrics from those big bags of scrap I had bought. (Which I thought I had blogged about but I guess not. I bought 3 trash bags of fabric scraps from someone) 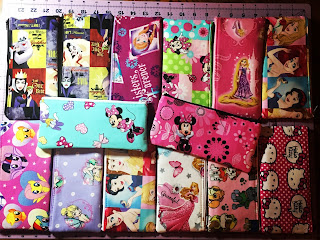 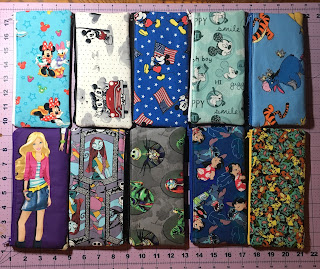 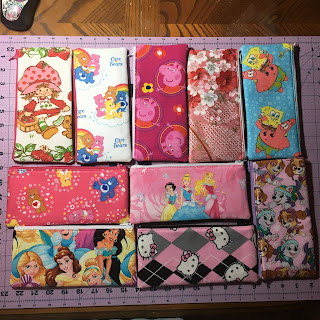 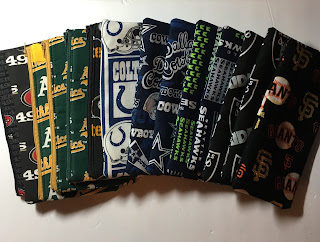 I made a bunch of yoyos on slow days at work one week. (I keep telling my boss I'm bored...) 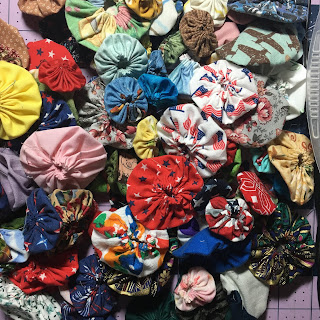 and a BUNCH of tissue packs. I already sold quite a few of these at the first craft show I did. People love them!  I get the tissue from the dollar store (8 in a pack usually) and the rest is just scraps that would get tossed so it doesn't really cost me much but my time. 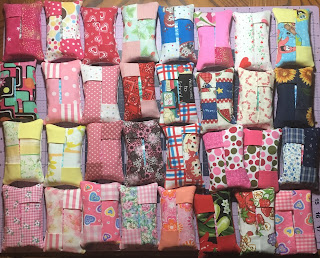 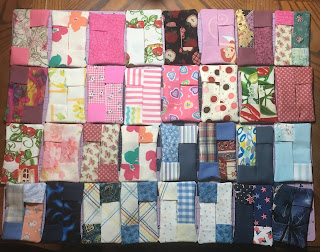