Anyone else go to be at 7:30 last night? Oh just me? When I'm not in the mood to sew I'm just like maybe I'll just go to bed lol. I don't necessarily go to sleep when I go in there but it's nice and snuggly :)

All I have is boring stuff to do for work today. Blah. My boss is on vacation and she usually is the one that feeds me stuff to do.

California is going back to stricter lock down again which doesn't really mean anything to me since I don't do anything anyways. Apparently there is a run on TP again. Hopefully we can find some before I'm out lol. I have several large rolls left and it's just me and the two boys.

Since I'm bored I just put my Etsy shop that is mostly patterns and books on 70% sale for the day. Someone come buy it all lol. I went from over 700 items in my store to a little over 300 since the lock down. That's what not sourcing new products does I guess. I sold a lot of stuff when everyone was first at home but it is pretty slow now.

Over the weekend I worked on my little strip squares I've been making. I finished up all the green. It is not big enough on it's own to be a lap blanket so I will have to add borders or just set it aside until I have more squares. 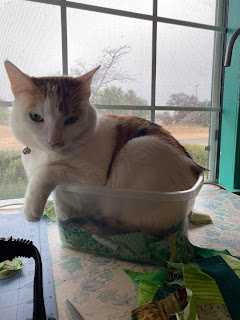 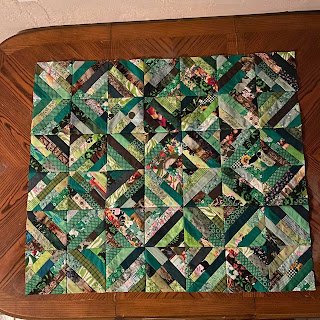 I made some yellow and orange ones too, only ended up with 3 sets of 4.  I like the way the two colors turned out. 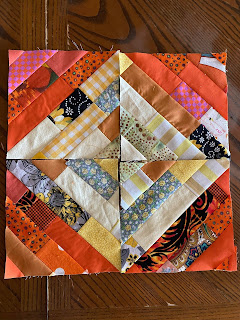 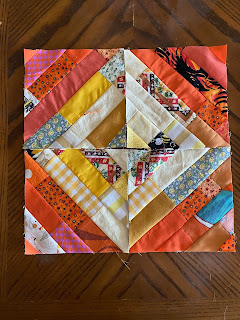 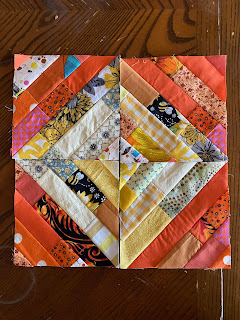 Now I'm working on some browns.

When they are done I'm just putting them aside for now until I figure out what I want to do with them lol. I like the piecing and sewing together part.

I got some baby snuggles yesterday. I thought it was funny he matched the bedspread. 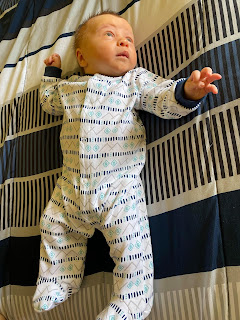 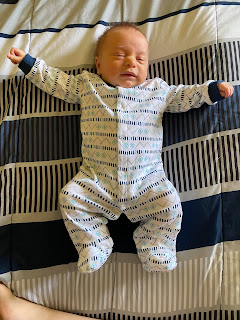 Scott could barely walk this morning when he left for work. His back is hurting. Hopefully it doesn't seize up entirely on him so he can't get home. Men are stupid. I was like why don't you take a day off? Nope can't do that. Going to hurt myself more so I end up with two weeks of being off..
Just put in my Instacart order. I've been getting repeat delivery people now so that is good since they can find my house lol. Well off to do something productive. Maybe.
Have a good day!
Pin It
Posted by Julie H at 8:32 AM

Okay, your comment about Scott made me laugh. why take a day off when he can get hurt further and get two weeks off? Men are so stubborn and mine is stupid about shit like that.
That baby is so damn cute Julie. And the day I returned from the hospital I showered and was in bed at 6pm so I beat you! Hey we're adults go to bed or not go to bed whenever we damn well please! :-)

@Peg isn't it true though, just take off a day and relax lol