Way back when I first started trying to run I wanted to run with my dog. I took him out the first time I did the couch to 5k. It took one time of taking him out with me for me to realize that I needed to learn how to run MYSELF before before I took the dog out to run with me.

I think I've got that down now so I made up my mind that after I did my half I was going to do a Doggy Couch 2 5k program for my dog Rusty.

Rusty spends most of his time laying around on my bed. I'm a bad dog mom and don't really take him for walks much. I figured this will be a good way to for him to run without hurting him by doing too much too soon. 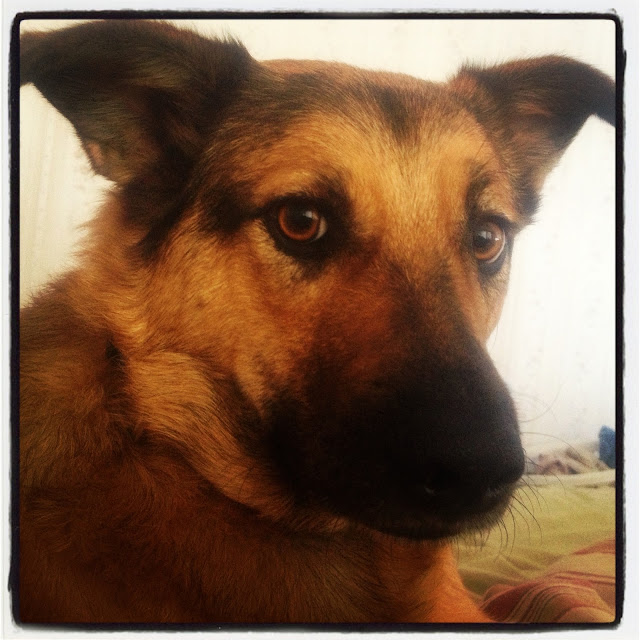 So Monday morning (since I had the day off) I took him for his first day of Doggy Couch 2 5k. Trevor wanted to go too, and since I would like him to be able to run with us I encouraged him to come along.

First of all I put the harness on the dog. He is very strong and once pulled right out of his collar when a dog ran at us. That was scary! The harness helps me to have a bit more control over him. 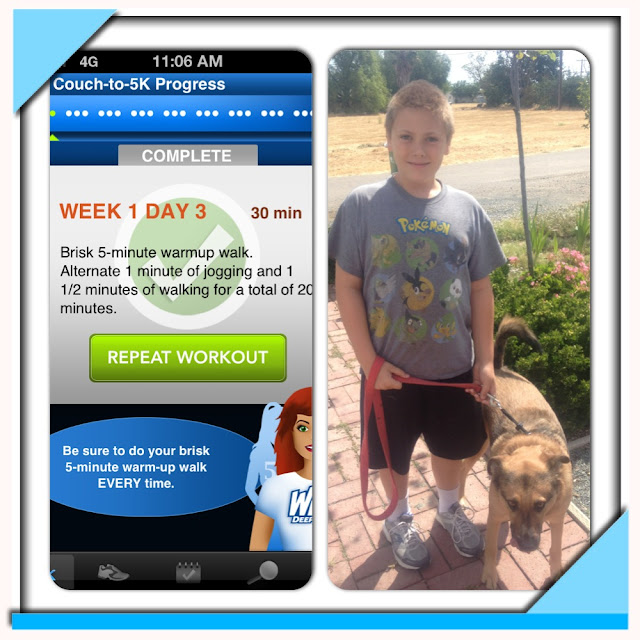 Trevor started off wanting to hold him but as soon as we started the first run cycle he changed his mind. Trevor also decided that one minute was too long for him to run. He made it about 30 seconds. So after that I pretty much would jog with the dog, walk back to where Trevor was, jog with the dog, repeat. Trevor did try jogging a little bit but not too much. I'll be lucky if he wants to go again.

I guess we have the whole summer to work on it right?

Rusty did great! I forgot to turn on my Runkeeper when we started but we went around one lake even with the walking back a bunch of times. We ran during the cool down portion of the program too since I didn't really feel like I had even ran. I dropped him off at home and ran around the block one more time to at least feel like I did something!

That is fantastic that your whole family is getting in on the healthly lifestyle!!! Seriously, you should be so proud for encouraging your dog and son!!!!