First Half Marathon In The Books!

Last night I set my alarm clock for 4:30 am. Who would have thought I'd be up half an hour before it went off? Not this non-morning person!

Of course I couldn't sleep because of my half marathon today! The nervous jitters were in full effect.

I got dressed and packed my pb&j sandwich along with a banana and we were off to pick up my friend Tanya and her friend Stephanie. I'm glad Scott wanted me to drive it gave me something to focus on besides being nervous.

We picked them up and then made the drive over to the Woodbridge Winery where the race was being held. I'm glad we went early because there was so much traffic that the race was actually delayed because people were still driving in and trying to park.

We just stood around taking pictures. 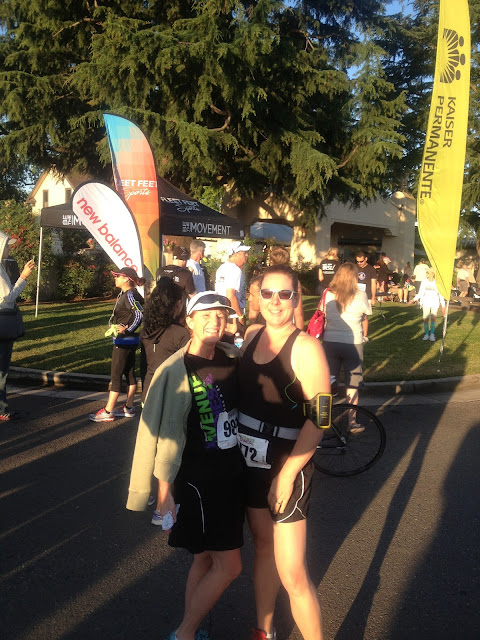 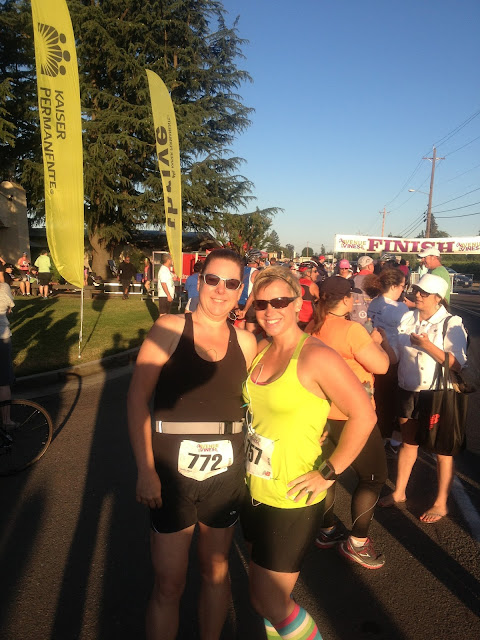 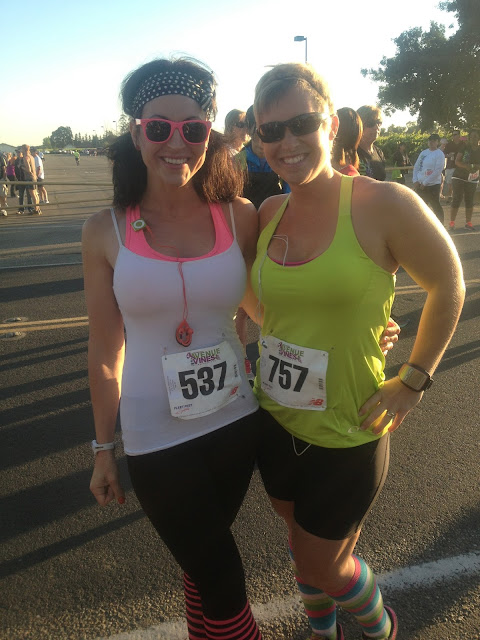 Scott & Me
(he ran the 5k. He likes to wear the shirt from the last race to the next one) 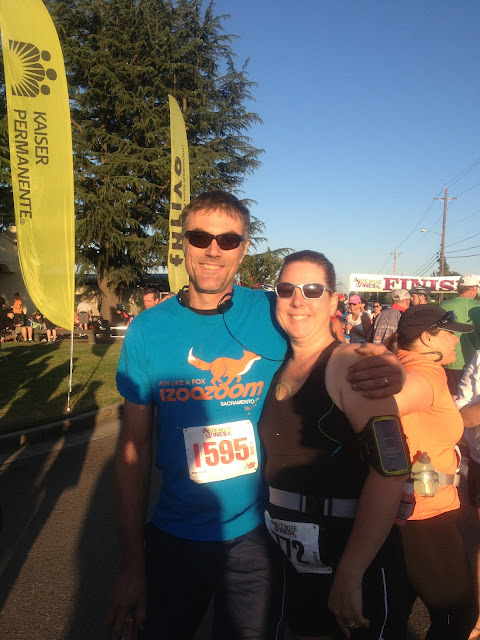 My elementary-high school friend Amy was also race and she found me before the race started. 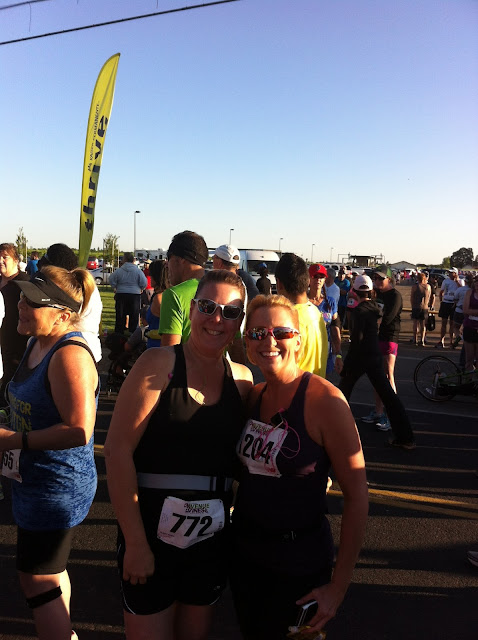 While we were standing around waiting we starting thinking about how being delayed was messing up with our pre-race fueling. Eventually it was time to start so we lined up. I was standing with everyone with Amy, she went to go find her co-worker she was running with. We took off and Tanya and Stephanie were already running too fast for me to keep up. I ran for a bit with my step mom and then decided that she was going a little too fast for me too. I put in my headphones and tried to get into the zone, bobbing and weaving around people.

I ran really steady until about the 8th mile or so. I keep getting a wear twinging feeling in my knee and I was just feeling tired. I started doing a little bit of walking running to try to just start getting my knee to feel a bit better.  I was of course talking in my head to myself about how I shouldn't be walking. I should be trying to run the whole thing. And then I thought who cares if I run the whole thing? I'm out there mostly running THIRTEEN MILES. If I walk a bit it's no big deal.

My Runkeeper was off from the beginning. It was saying that I was about 1/2 a mile ahead of where I was for most of the run so I knew my average pace wasn't right either. But I did know my overall running time and as I worked it out in my head I was still on point to finish between 2:15-2:30 even with walking.

I'd run for awhile and then walk about 10-30 steps until I felt like running a bit. I kept thinking how stupid I was to have signed up for another half already. I don't want to do this again! (someone told me later this is like childbirth haha)

I was SO happy to see the 13 mile flag. When I could see the finish line I picked up the pace a bit and then sprinted out the very last bit through the chute. 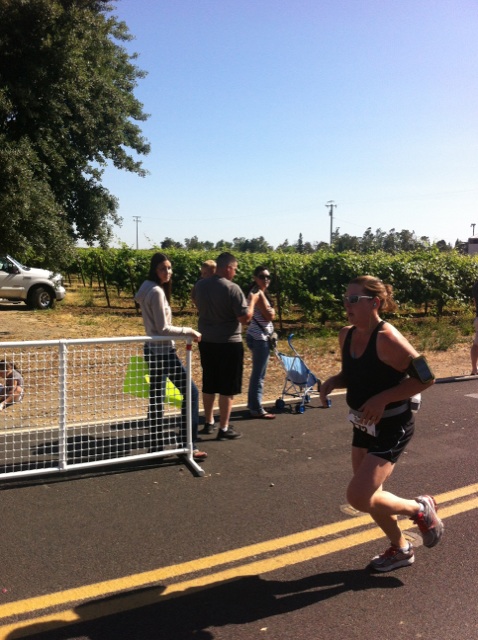 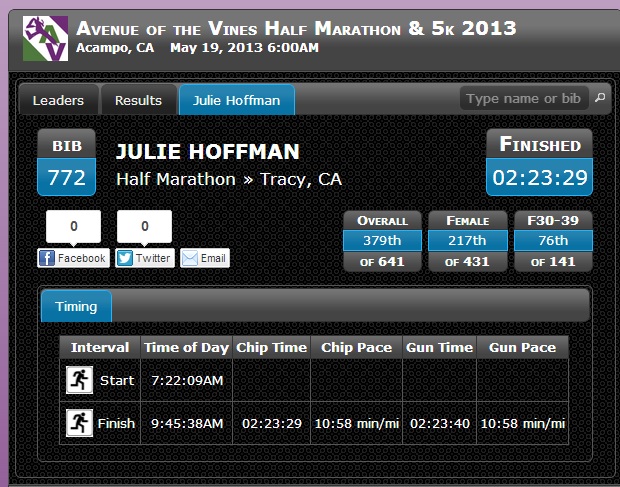 Somehow it instantly posted to Facebook (must have clicked on that somewhere when I signed up) and alerted my friends that I was done. Which I thought was pretty cool! Plus I didn't have to go find my time since it was right there already. 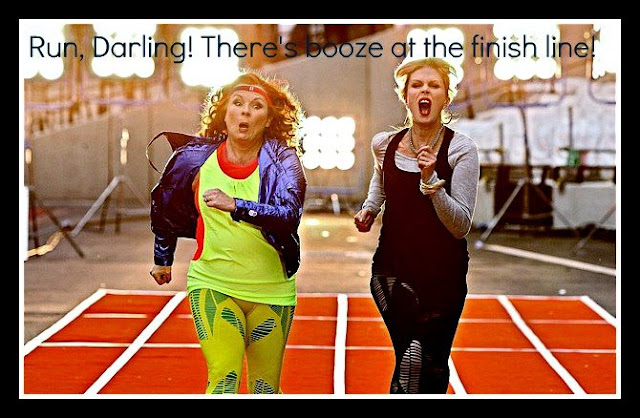 I was looking for water as soon as the race was over and it took me awhile to find it. I actually ended up with a wine glass before the water. Not that I wanted wine (yet). Eventually Scott steered me in the right direction and we found the water. And everyone else!

My amazing step mom got 3rd place in her age group!! 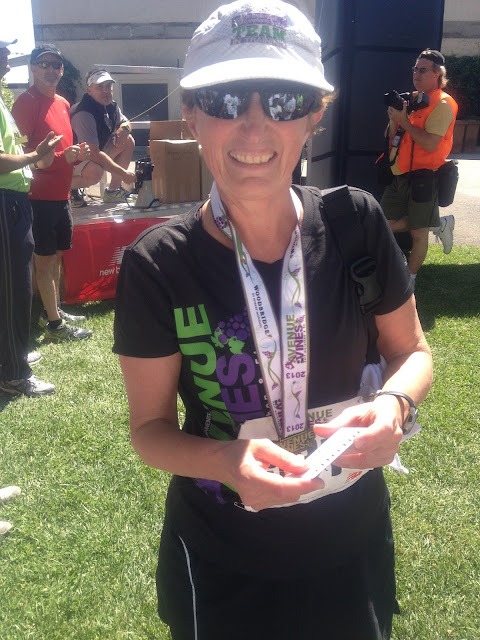 Amy got a better picture of us and I stole it off Facebook.  We are 2 of a trio of friends that hung out together. The 3rd friend is a runner too! I'm trying to get Amy to sign up for Big Sur so we can all run together. Tiffany is already signed up. 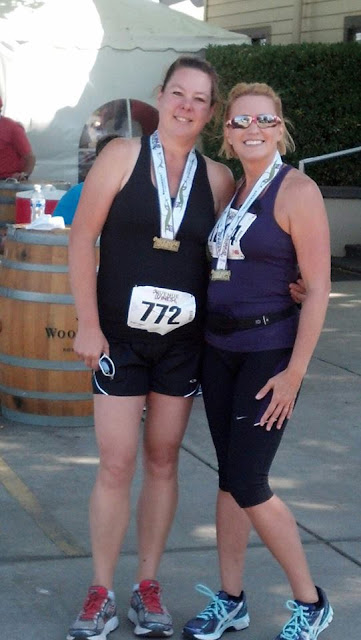 The food at this race SUCKED. All they had was some orange slices which they gave you like 2 and then half of this whimpy roll thing that was mostly lettuce. HELLO we just ran 13 miles! I need some protein!

I did 2 little wine tastings and it went straight to my head. I ended up giving away the rest of my drink tickets.  We didn't hang out too long afterwards.

Me and my Dad before he left. 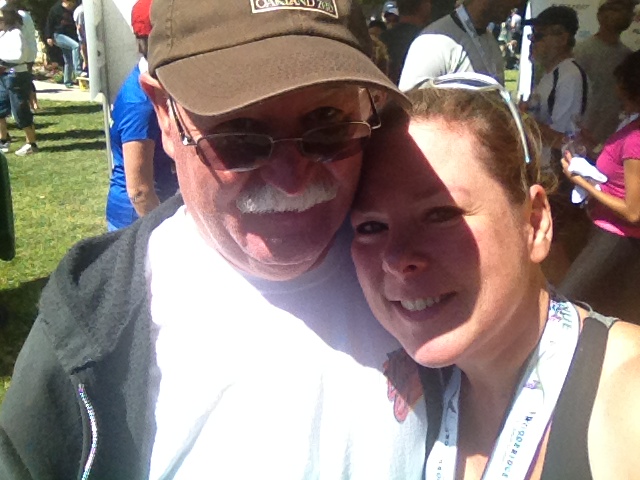 The other girls didn't really want to stop to eat yet so we dropped them off and then went in search of someplace that had some kind of cheesecake. I've been wanting cheesecake for about two weeks. We ended up going to Applebees since I knew they had those little shooters. I'm sure the waitress thought I was nuts when I ordered it and my meal and asked that she bring it out first. 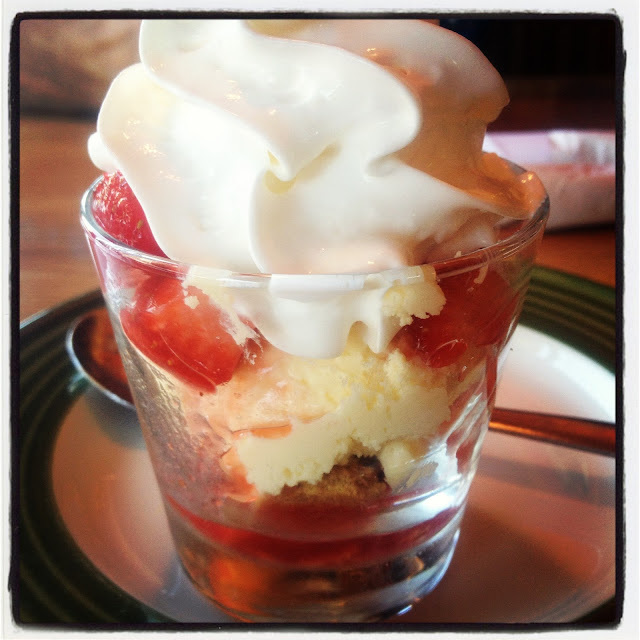 Oh it was heavenly. I also had a bacon cheeseburger and a side salad but that dessert was the best. We got home and I went straight to bed for a nap!

I've decided to take this next week off of any organized exercise. Ahhh rest!

congratulations Julie!! love your recap you looked amazing, look at those legs! they took you further than you ever thought possible a year ago! well done :) x

congratulations!
booze at the finish line may actually make me run. :-)

Congrats, Julie! I knew you would rock your race!