Last night I went over to my friend's house for her Halloween Party. I went as a tired mom. Later that got changed to a wine drinking mom :wink: I had a nice time hanging out and joking around with people that I feel totally comfortable with. Ahhh so nice. Here's a super awesome photo from my phone. We were sitting outside and my phone doesn't like night pictures (the flash just makes it horrible) 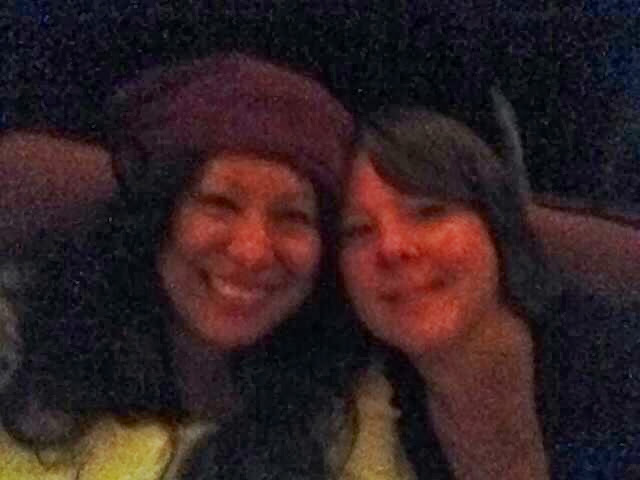 There as a bunch of other pictures taken but I haven't seen any of me surface yet. I got home around 12:30.

Because I had to do a long run today. TWELVE MILES. I finally dragged myself out of bed at around 6:30 and out the door after 7. I didn't have any fuel since I keep forgetting to buy some. Well other than 2 left over shot blocks. I ate those at mile 6.

Also I just ran around our neighborhood which gets real old real quick. I really thought about quitting at mile 8. Then I told myself I would quit at mile 10. But then I had turned a ways a way from home so I had it mapped out in my head how I could finish up with 12 and be real close to home.

There was quite a bit of walking and I was totally out of water before I was out of miles to run.

BUT I made it. Even though I walked some I still stuck it out and got those 12 miles in. 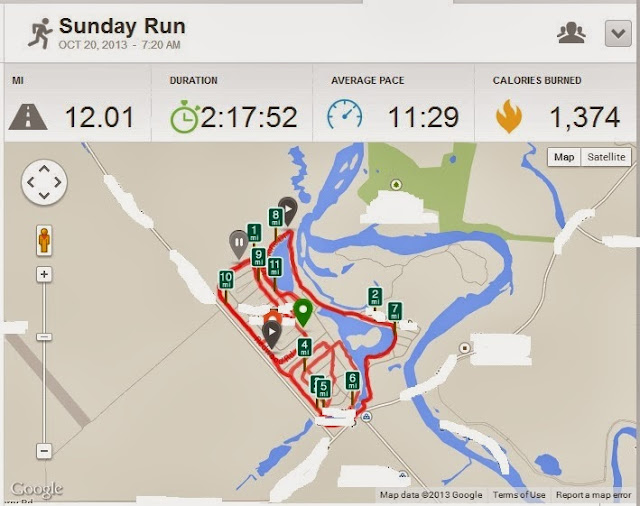 I think I ran down a couple streets like 3 times.  But I DID get a nice picture of one of the lakes. 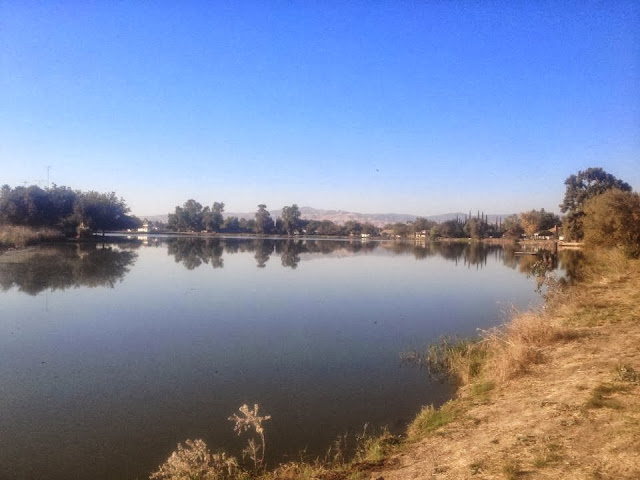 Next weekend this training plan has a 13 mile long run. I'm like WTH? that should be your race. But then again maybe it's to get you to know that you can do it. I think I'll go to town and run there for that one. I can only take so much of the same scenery going around and around.

Also I'm going to go buy some more GU's to try. I don't know if I can get a 3rd water bottle for my pack thing I have or not but if I can't I might go stick a water bottle somewhere.

After that the mileage starts going down. FOUR WEEKS until my half!!Pin It
Posted by Julie H at 3:20 PM

You can do it!! So impressive..even after a night out with the gals.

sooooooo excited for you!!! You will rock it I am sure-heck, you rock it when you DON'T train!
:-)