Started my morning by listening to Scott gag while he uncovered the lid to the septic. Poor guy haha  No idea what time the guy is going to come. Apparently he had one other person in the morning. I'll enjoy the window being open for a little bit longer I guess!

So yesterday I went to work at 1 and everyone there was wearing a mask when they were up walking around so that was good. There was only 4 of us there at one time (well 5 when I first got there but that gal didn't stick around long)

I ended up working an extra hour and a half since I spent most of the time I was there doing stuff for my boss and not what I actually went into the office for. I was thinking while I was there that it wouldn't be so bad to be at work with only a couple other people in the office, no customers coming in, etc.

The county where I work is expected to make masks mandatory since the numbers keep going up. Apparently the state is also thinking of doing the same. Bring out all the conspiracy people who think that the virus is fake and that America is free and they can't make them wear a mask. People are just stupid. Stupid. Stupid.Stupid. Don't want to wear a mask? Stay the f*ck home. They probably don't wear seat belts either since that's their right!! I'm actually old enough to remember when we didn't have to wear seat belts and people freaking out about that haha.

Anyhow, after work I decided to give JoAnn's a try. First I had to wait about 15 minutes outside while someone spoke really loudly on the phone behind me in another language. I was wishing I knew what she was talking about so it would be more entertaining. They were only allowing 10 people in the store at a time (masks not required though), limiting to 10 bolts of fabric to be cut and a maximum of 2 yards of each fabric.

Which is all REALLY funny since look how much fabric they had! They had one small bit with red/orange/yellows and that was about it in the cotton section. 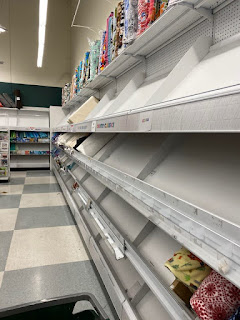 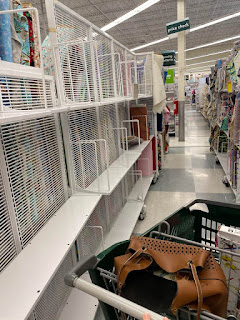 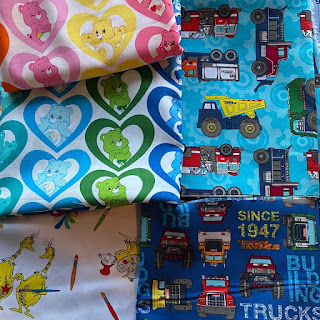 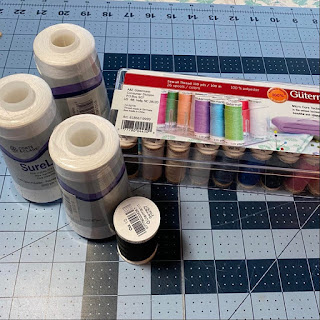 When I got home I had a package from an online place I buy from. The skeletons should sell well. The cats just crack me up. 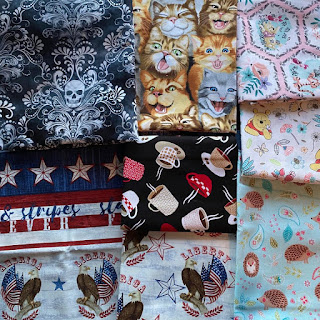 I was a good girl and wrapped them all on boards to put away. I also did 10 more from the stash. 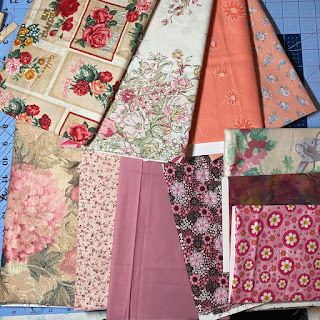 Then finished up these 3 masks for an order. 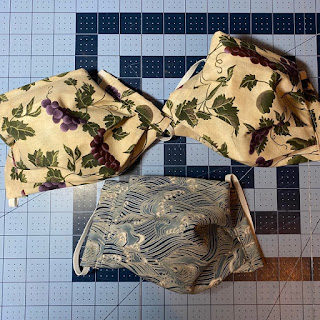 Scott keeps beating me to bed and then I lay there listening to him snore for a couple hours. Maybe I should just stay up later so I'm extra tired before I go to bed haha.

So thought I'd share our "cases" like Chris over at Diet Coke Rocks does. We are SO not New Zealand.

This is just for San Joaquin County where I live (I'm very close to the Stanislaus County border, which is the county I work in)

733 new cases in the last 14 days. I guess when they start running out of hospital beds they close it back up? 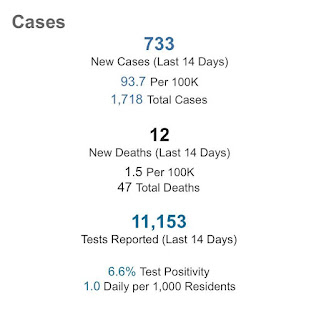 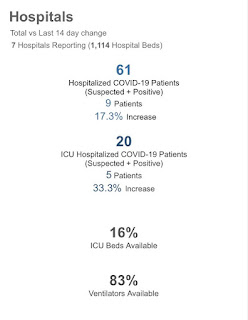 Julie, was there a fabric buy out? Why no fabric? Trucks couldn't deliver? That is so odd.
So no Charmin and no fabric? :-)

As for stupid - YES!
If everyone just did what they need to do this wouldn't go on so long. Honestly!
Our governor is a physician and he is getting a lot of grief from those who whine about wearing a mask. Our numbers are going down but not great so we need to be diligent.
Our mask-wearing has been mandatory. No exceptions.
No mask, no shoes, no service. Deal with it. Americans are entitled whiners!!
Someone said if she had to have her kids wear them at school she would homeschool.
Her kids shouldn't have to deal with this. Wake up, we all have to deal with it and what are you teaching your kid? Oh well, can't fix stupid!

@Peg, apparently it's all bought up from people making masks. Today CA became mandatory, so far I've unfollowed one friend on FB.