You guys! What a week! Wednesday I went in to work. I was running late from over sleeping. The night before Snookie was being really figity and kept waking Scott up and he'd wake me up and it was just horrible. So I ended up sleeping in the recliner for a little bit, but I hate the recliner (still need to buy a new couch) so that didn't last long.  So anyhow, went to actual work late. Not too long after I got there we were having our monthly Zoom staff meeting and Jessica called me and said she thought her water broke. What! Well that's exciting! So I left the meeting and packed up my stuff and drove over to the hospital to meet them. They recently changed the rules that there can be two people for someone in labor which was awesome!

It took a little bit of time but eventually they let me in with their super sanitary "take a mask" that everyone just touched. 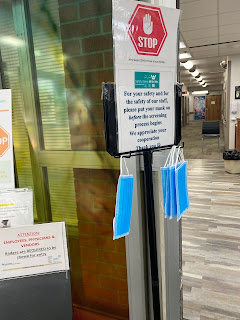 When I got there they had just hooked her up to the monitors and got her changed into a gown and all that. Then the fun began. She was having a little bit of contractions but not a ton so they eventually put her on Pitocin. Not too long after she started having back labor, which I knew meant that the baby is not in the right position. I asked if someone could try to move the baby but apparently they only do that in the movies and for home births or something. So lots of painful back labor and not a lot of progress. 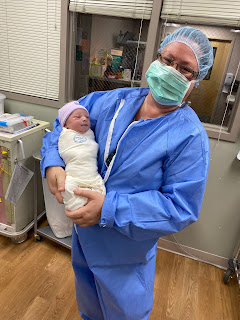 Two nurses kept pushing her to get an epidural, I think mostly because they were tired of coming in to fix the monitors.  They wanted her to stay still in bed, told her she didn't really have to pee and such). She eventually caved to the epidural which then of course she was tied to the bed after that. Finally Thursday night the baby had not made any progress so they said C section. I knew it was going to end up that way.  I think we were all relieved to just get it over with. 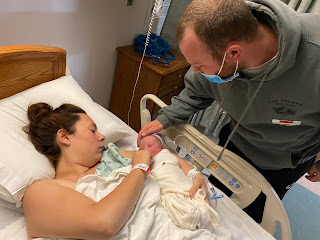 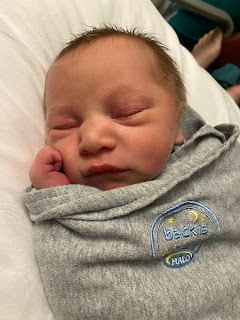 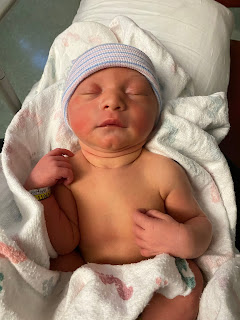 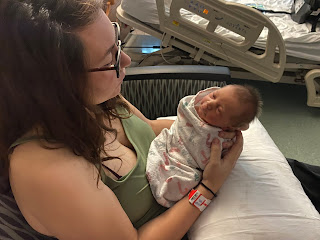 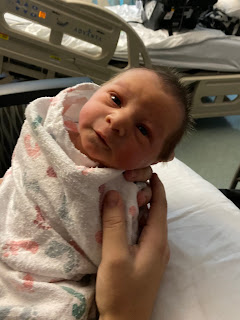 She was so ready to go home! 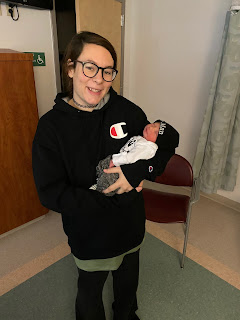 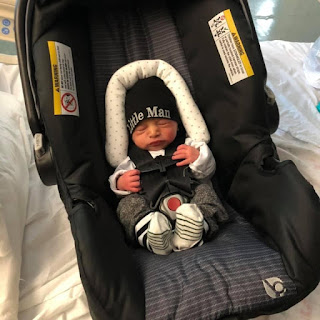 They are home now and hopefully resting. Poor girl hardly slept at all. I ended up staying with her the whole time and I kept her from sleeping with my snoring. I felt super bad and even offered to go home but she said she wanted me there so I guess she had to suffer haha.
When I got home I took what I thought was a good nap but Scott said I was only out maybe 45 minutes. Good thing it's a three day weekend so I can sleep in some more!
Pin It
Posted by Julie H at 8:31 PM

Congrats! So exciting for you all! I love being a Nana to my 2 grand kids. You are going to love it!

Congratulations Grandma!! Great pics. Thanks for the update! I can't believe how fast they go home after a trying few days of labor. Geez.

I know but she really wanted to go home lol. She was like I don’t have any pain I’ll be fine!