Sewing the weekend away

Good morning happy Monday! I hate Mondays but we have to have them right?
As usual I spent most of the weekend sewing. Saturday Jess and I went to JoAnn's to get some fabric to cover rocking chair cushions. I'm totally procrastinating doing it though since there are like 6 cushions for this thing I haven't actually seen them on the chair. Trying to figure out how I'm going to do it.
The other day I had to rearrange my boxes a bit. I had one that the lid broke so it was making a leaning tower and I couldn't get the drawers open on my pattern cabinet.
Then I was staring at the box of red fabric I still needed to wrap up so I got that done. I am almost done winding up all my fabric. 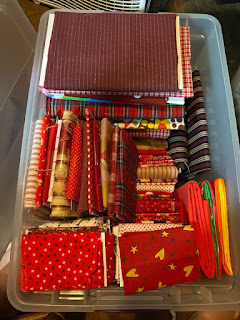 Left to do:
big box of whites,
small box of misc prints
Whites are just blah lol. Maybe I'll do the box of mixed prints next. and save the whites for last.  I will probably have to order one more pack of the boards to put them on. I've been cutting them a lot now to wind the smaller pieces on smaller boards and I like them. Might not need to get a bunch of big book cases after all. I've have one pattern drawer full of them already
It is over flowing a bit and needs to be organized some more. It did work good though when I wanted certain colors I just pulled them out. 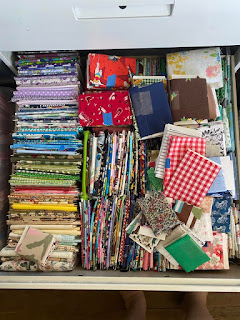 I need to clean this drawer out now so I can put them in there too. Lots of misc stuff. 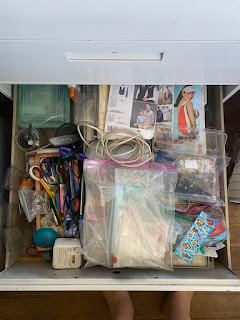 I sold several of the little mug rugs so that kept me going to make some more. I was trying to use up all the scraps from this fabric and had so many I decided to just turn it into a table runner. If I had planned it as a table runner originally I would have done a better pattern but it's totally done now and I used up all the scraps lol.
I am horrible at binding. I was trying to put binding on the little mug rugs and actually almost cried because I just couldn't figure out how to finish it off when the ends meet. I had watched a tutorial about 40 times and then just gave up on binding on the mug rugs lol. For this one I decided to just do my own thing and I think it turned out ok. 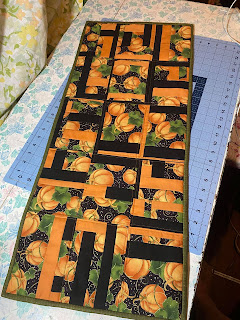 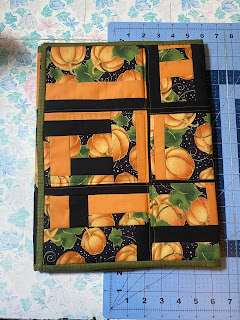 I looked over at one point in the day and Tina was taking a comfy nap lol. This morning we couldn't find her collar and eventually found it in this basket. It must have got stuck in there and popped off. 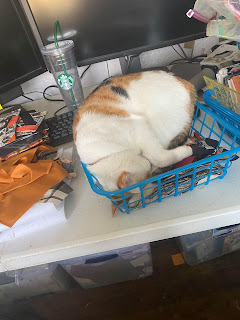 Scott washed his truck and had an audience. Thank God I think he fixed what was wrong with it so I can have my car back. I don't like being here with no way to leave. 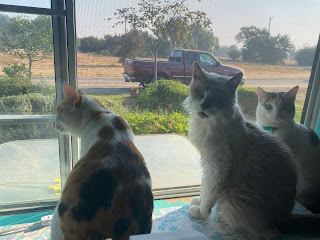 I started off my morning today by cleaning up my weekend aftermath lol.
My monitor on the left is dying I think. It keeps making a static noise. Might take it to work with me on Wednesday and swap it out. 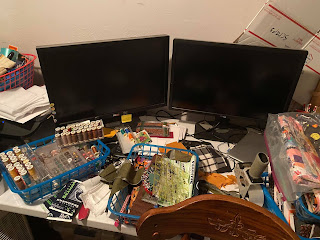 Ok that's it for my exciting weekend! I hope you all have a great day!
Pin It
Posted by Julie H at 9:36 AM