Well now that the rains are over, we get to deal with the BIG BAD SCARY RIVER. We live right next to the river (hey it was cheap). I also cross the river several miles down  the road on my way to work. Usually the river is pretty sad looking. Last summer there was actually big islands in the middle of it.

Back in 1997 the river was SCARY high. So scary I packed up my cat and the kid (only had Jessica at that time) and went to spend the night with my Grandma. There was water EVERYWHERE. Rushing water across the roads on the way to town. Lucky for us, but unlucky for a lot of other people the levee eventually broke on the other side of the river from us. AND flooded another area on the OTHER side of us.

Anyhow, today I decided to go see how high it is up on the levee by my mom's place.  That's my mom's place, the big brown house. on the top left of the picture. I'm standing on a walk across bridge that leads to a water monitoring station. That brown part and the green part are the river side of the levee. 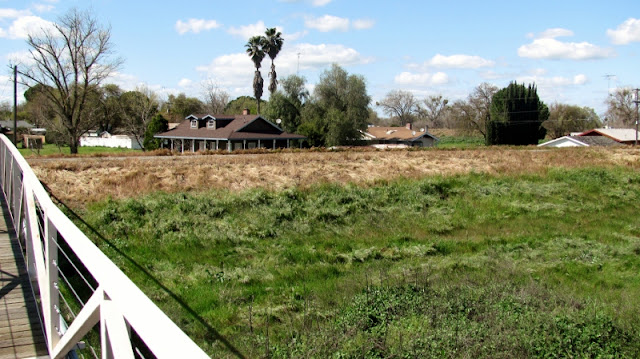 Turning straight out with the camera 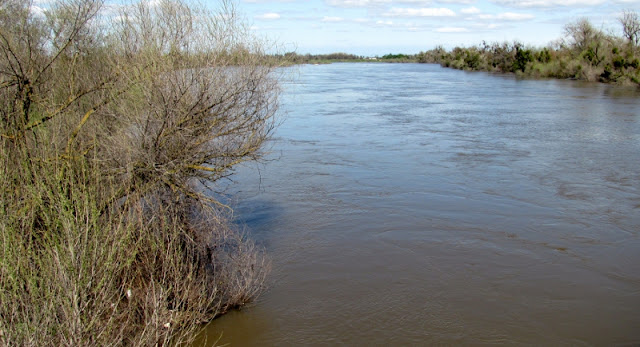 In between the river and the top of the levee 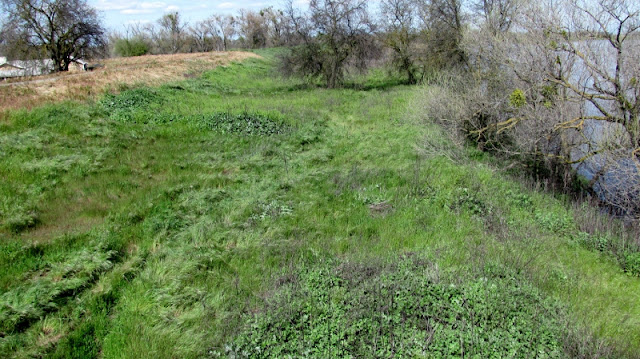 In 1997 it came to a couple feet from the top. Somewhere my mom has pictures of a stick that my brother stuck in the ground. Then pictures as the water came up and covered the stick. It was pretty scary.

Hopefully we'll all be ok! My house is actually quite a bit uphill from the river by the main road. Lucky for me!

I think if the river gets much fuller on the way to work it's going to start going over the road. Which is going to suck if I have to take another longer route!Pin It
Posted by Julie H at 9:24 PM