We went on a date, ALL DAY!

Sunday Scott and I went on a date! ALMOST all day! My original idea was that we would go to Alcatraz, since Scott has never been there. Then we were having a tsunami and I wasn't sure if they would still be open, let alone still standing, so I held off on getting the tickets. By the time I went to look again they were all sold out for Sunday. So the plan was to just go to the Fisherman's Wharf area and hang out. 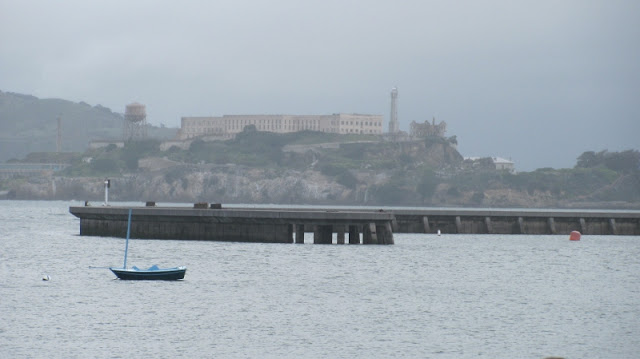 Alcatraz
We were trying to decide if we should drive or take BART. I decided we should just take BART since Scott doesn't do well in areas he doesn't know (or any areas with traffic, people, or more than 3 cars). I figured it would make the trip a little more mellow. So we hopped on Bart in Dublin and got off at the Embarcadero exit. I had looked at my trusty dusty SF tourist book I bought a couple years ago and saw that we could catch the F street car and it would take us right over to the pier. 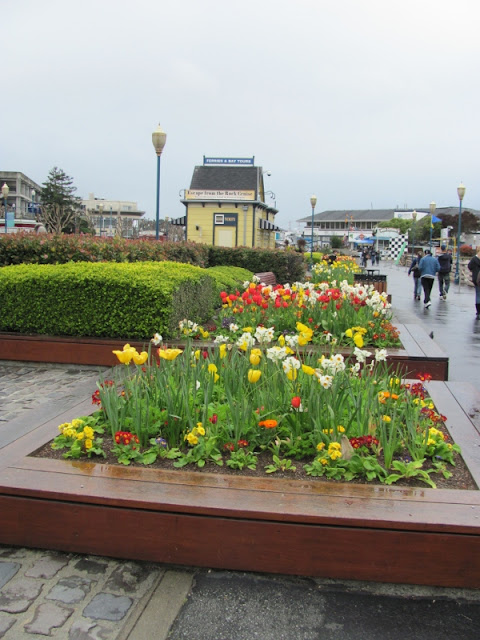 The flowers along the wharf are always so beautiful
When we got out of the tunnel I was slightly turned around but we saw a sign that said "Embarcadero" so we walked that way and eventually came out on the right street. We found where to catch the street car and then I realized that we didn't have any small bills. When the street car pulled up I asked if they made change and she said no but we could get on and pay on the way back. Nice! Scott had to stand up since there wasn't really any empty seats. He got his first street car ride in style! 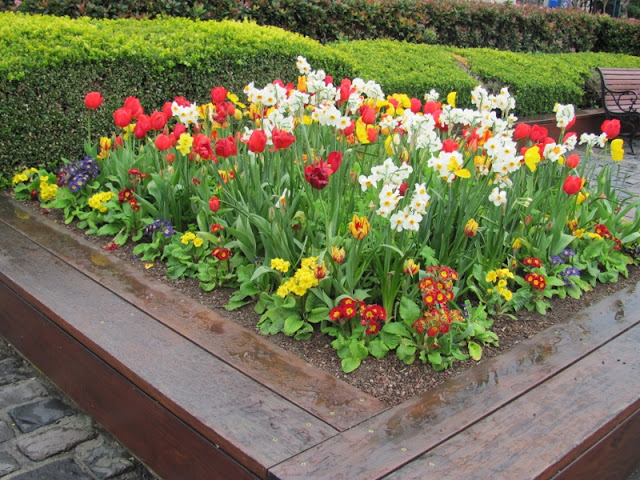 I can't believe has lived here all his life and never been to Fisherman's Wharf. It's only about an hour and a half away! We hopped off when we got to Pier 39 and then we went to Bubba Gumps for a late lunch/early dinner. Scott LOVES the movie Forrest Gump and could probably recite the entire movie word for word if you let him! I figured he'd get a kick out of Bubba Gumps and he thought it was fun. I do wish we would have waited a little longer instead of taking the table that was kind of in the pathway to the bathroom though. The food was great though and the service was really good. I got the Delta Sunrise drink and it was super yummy! We shared a large order of fish and chips and had clam chowder for the appetizer. I was totally full for the rest of the day. 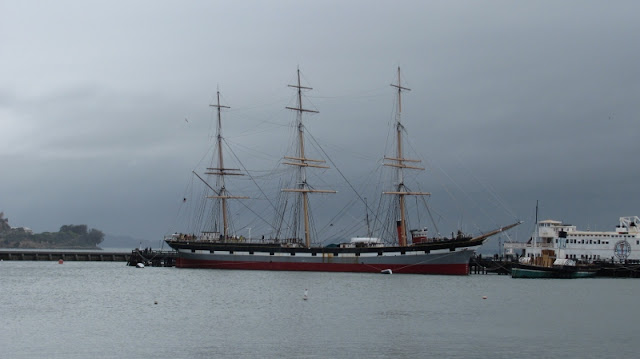 USS Constitution
While we were eating it was raining on and off and we got lucky in that it had pretty much stopped when we were done. We walked around the pier and looked at the sea lions and walked down the wharf, over to the old arcade games that I love (I thought he would like them more than he seemed to) and back around out back and looked at the submarine. The big ship that was back there was all fenced off.  Then we walked all the way down to the Ghiradelli Square. It started pouring when we were almost there so we ducked inside for a free chocolate and hung out for a few minutes. THEN we walked down to the Maritime Museum. I had never walked down that far before and you can step right down to a little beach. There were actually about four people swimming (and a dog right next to the no dogs on the beach sign). CRAZY! 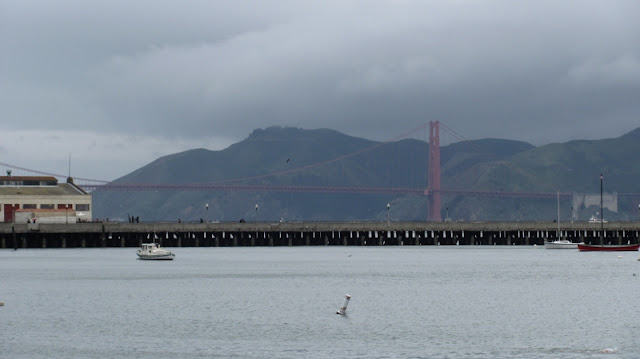 That was about all we did besides walk back. ALL THE WAY back since we never got change and somehow just ended up walking all the way to the BART station. That's A LOT of walking. All in all it was  a nice relaxing day. Nice to just hang out and enjoy each other's company.

Sounds like a wonderful and much-needed time together kind of day. Glad you enjoyed yourselves. And cool pictures!

That is awesome you guys got to go on a date!! :) You definitely deserve it!