Saturday my girls and I went to the LAC Concert. Which is a concert put on by the local country radio station. The only way you can get tickets is to win them or purchase them for $10 at one of the ticket stops they have. Jessica won us two at one of the ticket stops. She tried another time to win more but wasn't successful so I had her buy one for Melissa so the three of us could go together.

When we woke up that morning it was raining cats and dogs so I wasn't sure if we REALLY wanted to go stand out in the rain for a concert. I told Jessica I was trying to decide if I wanted to go when she woke up. She responded by freaking out about how she had wasted all her time standing in line for me and now I wasn't even going to go. She went on and on and on. Sheesh. Nothing like guilting me into going.

So I bundled up and we went. When we got there Jessica's friend and her sister were already waiting in line to get in. The line to get in was 2 blocks long. I have no idea why the line was so long. The doors had even been open for about an hour. Eventually we got in and Jessica and her friend took off and I was left with Melissa and the friend's sister. Which was fine but not really what I was planning.

My crew and I worked our way towards the front of the stage. The girls were about as exciting and a rock. I on the other hand was doing a little bouncing and a little screaming with my arms up, etc.

Jessica sent me a text that  said "tell me when you are ready to go, I'm not having much fun". I'm thinking SERIOUSLY? After all that shit she gave me about going? I just ignored that one and kept on bouncing to the music. Then she kept texting me that they had ditched her and she was trying to find us. Eventually she worked her way up to us. She told me to "please stop" when I was bouncing around to the music. Seriously? It's a freaking concert. Sorry if I'm "embarrassing you" in a crowd of a few thousand people that aren't even looking at me. Eventually I gave her $20 and she left to go find her friend again.

After two sets Melissa kept telling me how "tired" she was. Seriously, you are 12. You should be able to run a freaking marathon? What is it with my children? So then I said "ok" and we made out way away from our awesome spot :( and went to the bathroom, got the girls and ice cream and sat on some wet grass for awhile. I sent Jess a text asking if she was ready to go and she met up with us all pissed off. I still have no idea what she was so pissed off about. We could have stayed longer if she wanted to.

I was so mad by the time we got to the car I don't think I said a word to anyone on the way home. So much for my girl bonding day where we were all going to hang out together and have fun.  Next time I'm taking a friend! 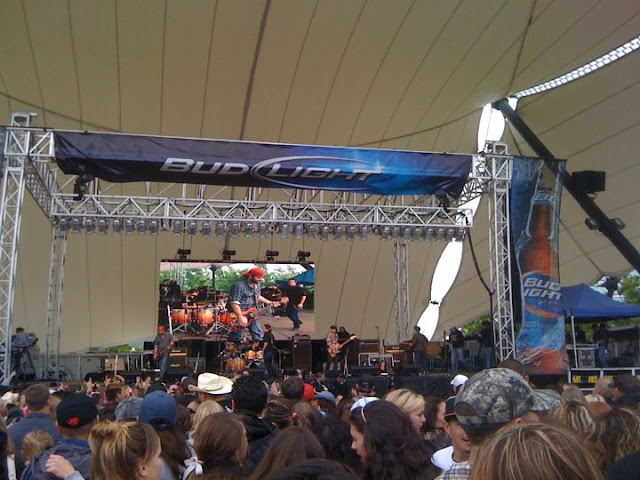 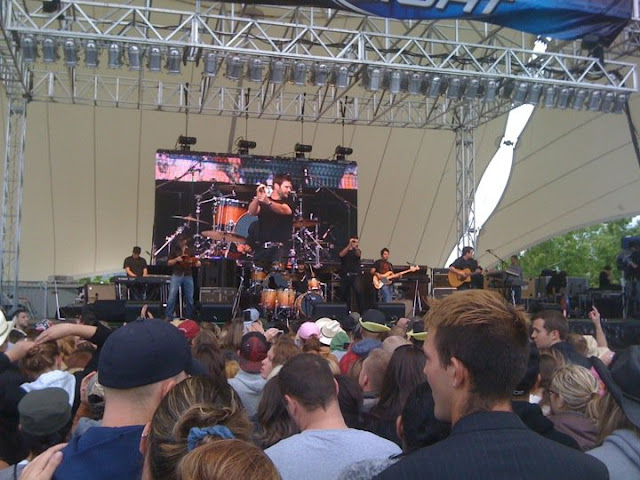 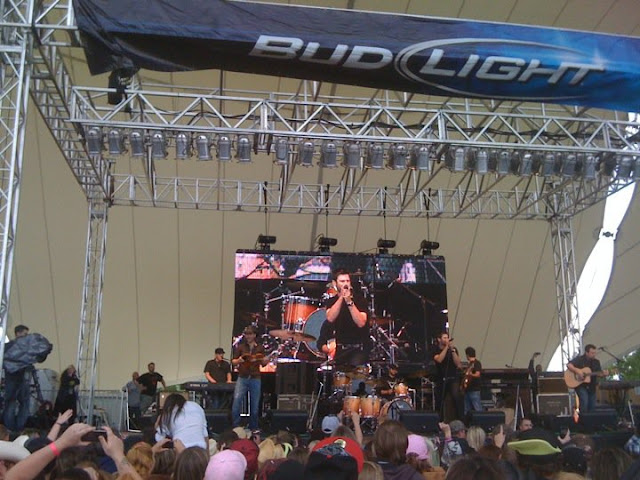 well it sounded like it could have been fun:-)
aren't tweens fun?

I wish I'd been there.. live concerts are neat!
Your girls are killjoys! Shame they made you leave early.