So Friday late morning we finally got on the road to Monterey. The forecast was RAIN, RAIN, and more RAIN. Pretty depressing for our weekend away. 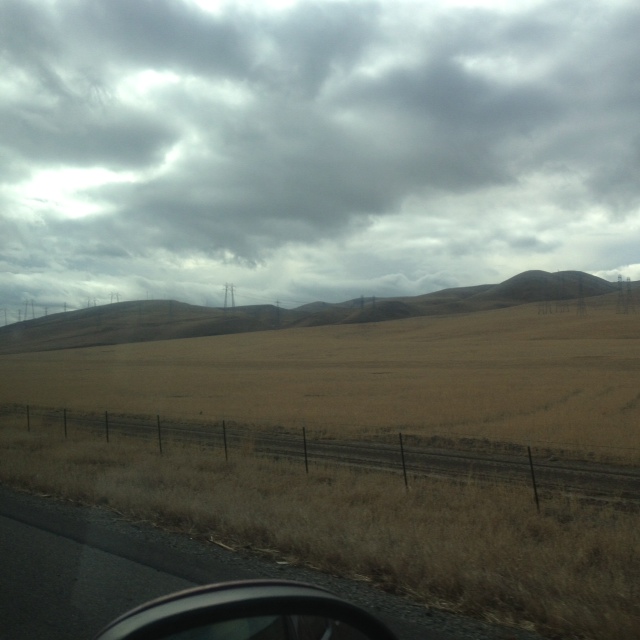 Pretty nice once we got to Monterey though. 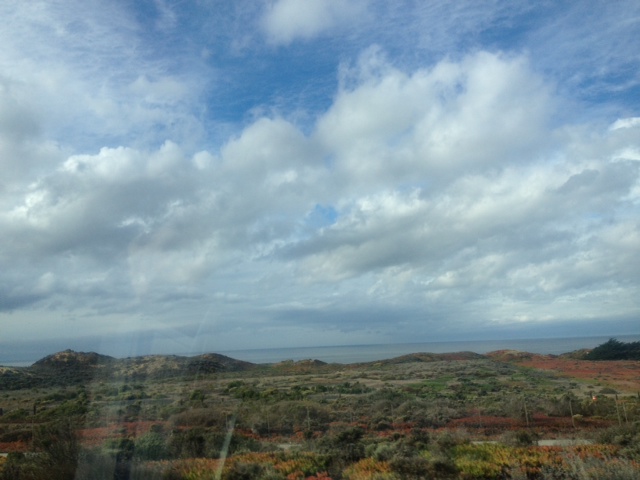 We stopped at Casa de Fruta on the way and decided to try out their restaurant. It was DELICIOUS  I had a club sandwich & coleslaw (totally on a coleslaw kick lately) and a cup of clam chowder. Scott had a burger and said it was almost as good as the best burgers ever.

The place mats cracked me up because they have a "Casa de Fruta" everything. Anyone that lives around her knows of this place because it's the only place in the middle of a long ride that you can stop and go to the bathroom. 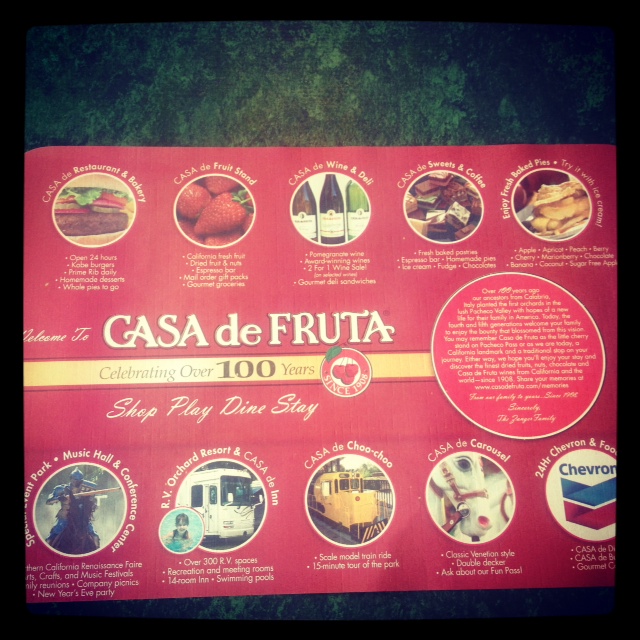 I had booked a cheap(er) hotel for us to stay at. When I was trying to find a place everything was either super expensive or booked so I just decided to pick one. I picked the Red Roof Inn in Monterey. It was relatively cheap and the pictures seemed nice enough. There were some not so great reviews but I know to take those with a grain of salt because some people expect a $50 hotel to be like a $200 hotel. We checked in and got our room, which looked more like an old apartment that had been converted. Not the best but not too bad.

We went and picked up my race bib and then we went to go get Jessica and her friend at her college so we could hang out. They have a huge raccoon problem at her school and this picture totally cracked me up. She said it's a reminder to close the windows at night so the raccoon don't try to climb in! 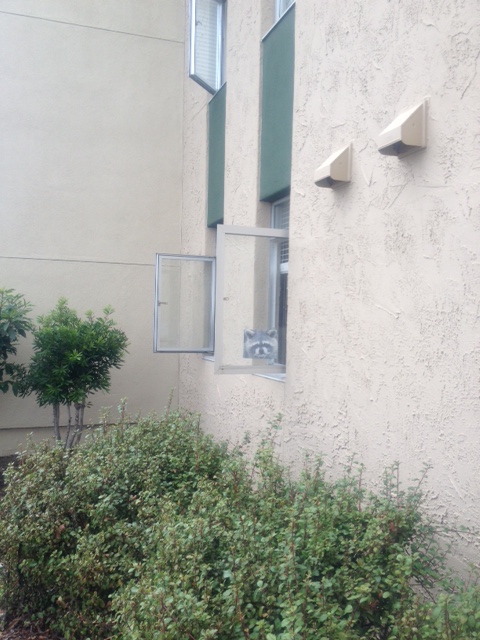 My friend and coworker Kristin drove up to meet us too and later we went to dinner at Caruso's Corner. It was a little expensive at around $20 a plate but the food was SO GOOD and each plate was enough for two meals.

We got at tiny bit lost when we went to take the girls back to the school and saw some deer in a parking lot. After we dropped the girls off we came back to the hotel and when Scott pulled the blankets back this was on the sheets.(I'll keep that small for grossness sake) 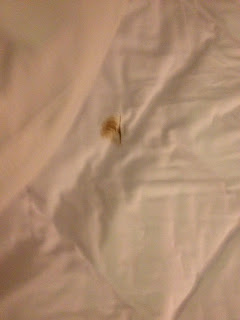 Um yeah. I went up to the front desk and told them that we had dirty sheets and the front desk girl and the manager came over to change them. He was like "I checked you in hours ago!" and I was like well we didn't go to bed until now? Really who pulls all the blankets back at 2:00 pm? He was also kind of hinting that it was from us. UM NO. NOT. FROM. US. If I wouldn't have already booked the hotel through a website (Hotels.com) I would have asked for some money back on our room.

After we went to bed (on clean sheets), it was raining pretty good. That is when we found out that there was a rain gutter right outside our room. That DRIP DRIP DRIP DRIP all night long. I think I MAYBE slept for one hour COMBINED. I gave up at 5am. We turned on the tv (I would have turned it on at night to drown out the dripping but I can't sleep with the light from it) and watched it for a bit and then I got up and got ready for my 5k.

No need to take a shower since it's kind of misty outside. 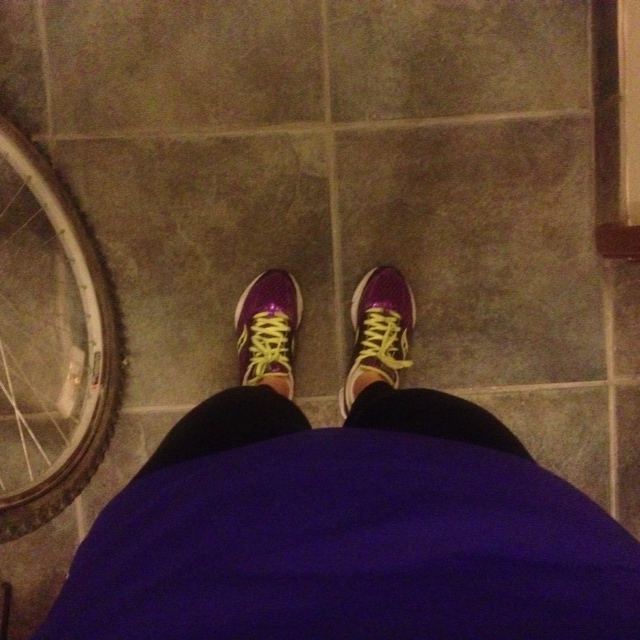 I don't have any fancy race pants so I just wore some black leggings. We did go to Target the day before so I could get a long sleeve running shirt.I goes over your hands and has a place for your thumbs. I think it's pretty awesome!

We attempted to go to the hotel lobby to get some food but they weren't open. They suck. So I ate my left over chicken and from dinner the night before. (next time I'll plan better for sure!)

Lucky for us it wasn't raining too hard, just a misty rain. Here we are all ready to go! 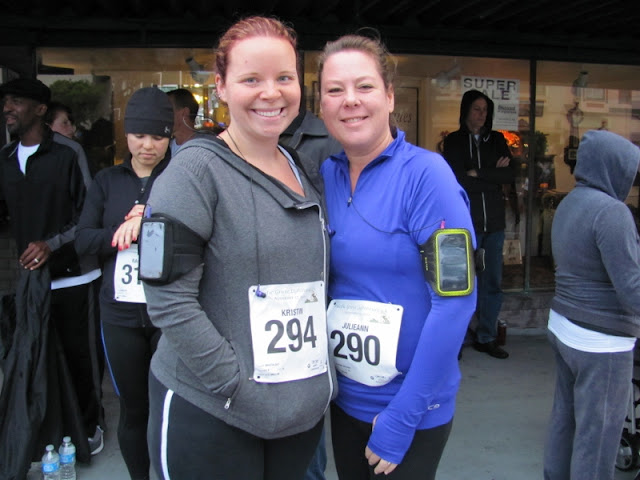 The run itself was pretty awesome, running along the bay. We did an out and back for the most part. I had runkeeper on so I could pace myself a bit (who wants to buy me a Garmin for Christmas?) and listened to Pandora. There was a kids 3k that started 15 minutes after the 5k and they had a turn around farther up in the route. Which would be cool but I felt annoyed that I had to dodge little kids and dogs (even though I do give them props for running!) 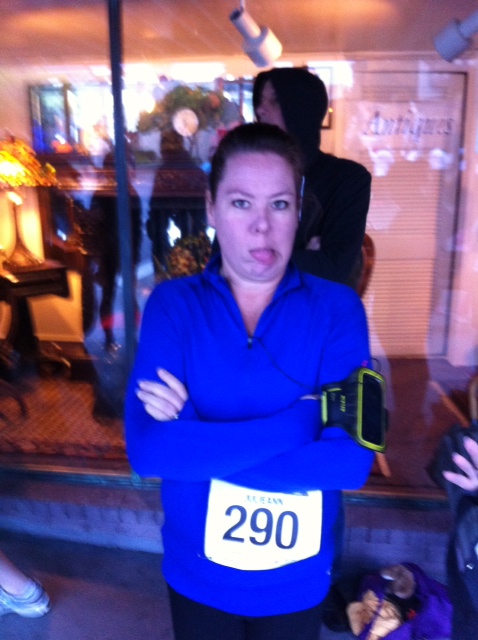 When I could see the finish line I was trying to kick it up a notch and do a sprinting finish but a group of 4 people decided to hold hands and finish together. Which would have been cool if they were BEHIND me. I did finally get around them just a bit before the finish line. 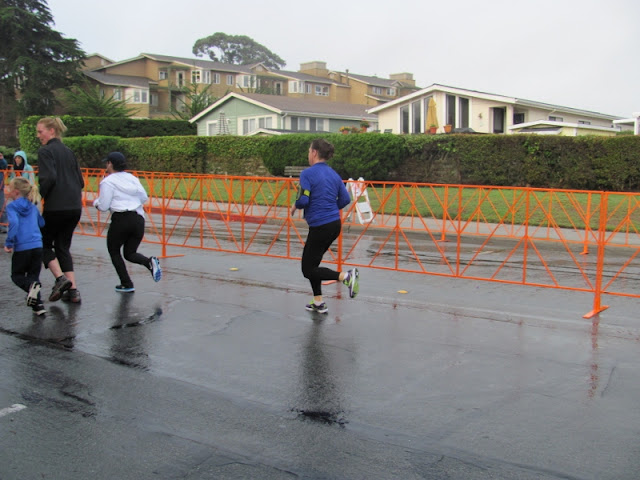 I didn't see the time when I ran through but my runkeeper had me at less than my last run. Which was pretty good considering that the last one was flat and this one had hills. 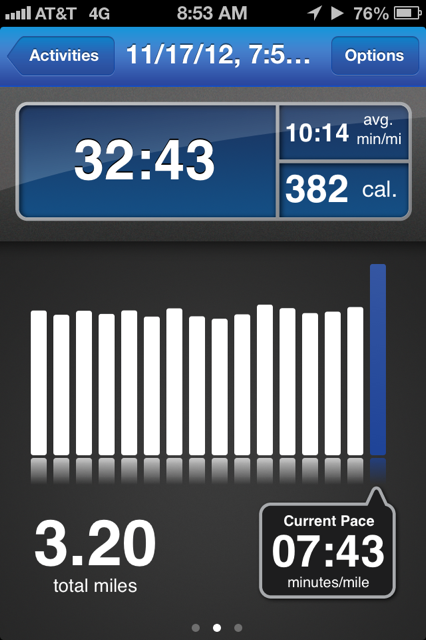 Only a few minutes later I got this email, how cool is that? 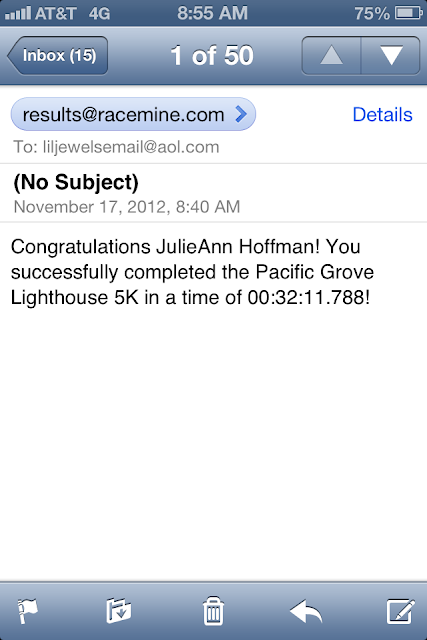 So I beat my last 5k time by over a minute. Pretty proud of myself!

I didn't have to wait too long for my friend to make it over the finish line. It was her first 5k and she hasn't even finished the c25k program yet. She did awesome and way better than she thought she would do. 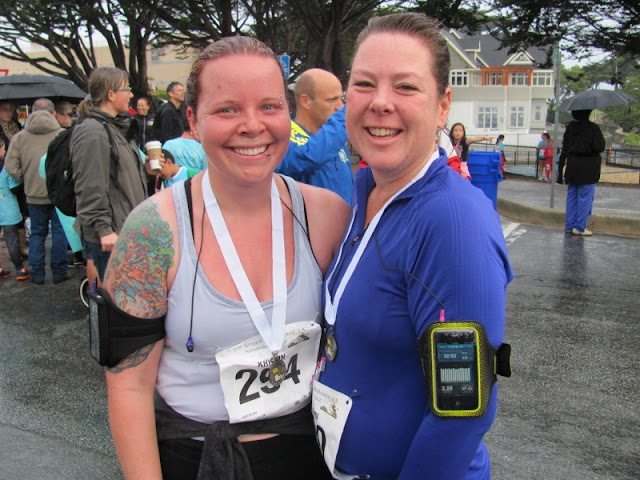 We celebrated our run by skipping the pancake breakfast in the park (and rain) for a hot shower, dry clothes and a big breakfast at Denny's! 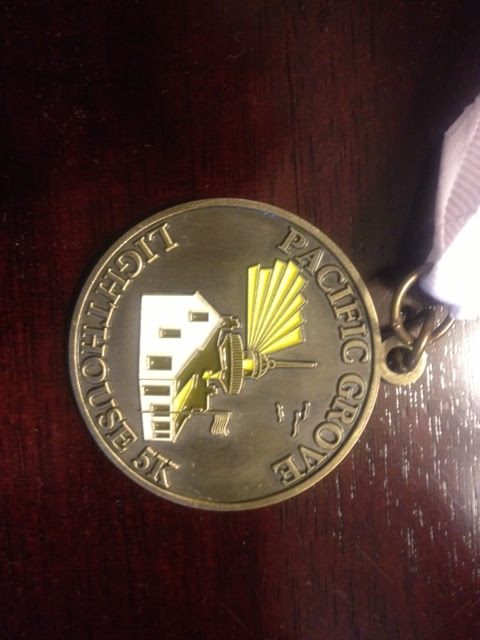 Ewwww gross about the dirty sheet! That is truly disgusting... bloody shame you had already paid for the room.
Your'e looking good Chick! Massively impressed with your running skills.

HEy girl! I'm a new follower, I just signed up for my FIRST 5k! I loved reading your post about yours!