The kids had their annual Halloween Parade on Wednesday. Melissa's class didn't come into the gym. Kind of sad that it was her last year and she wasn't there. There were four kids with the same costume as Trevor! He picked a popular one this year!

Can you find my Ninja? 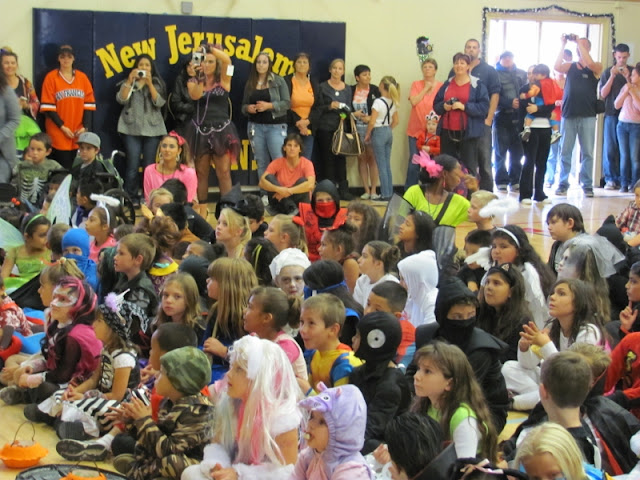 Here he is with his class 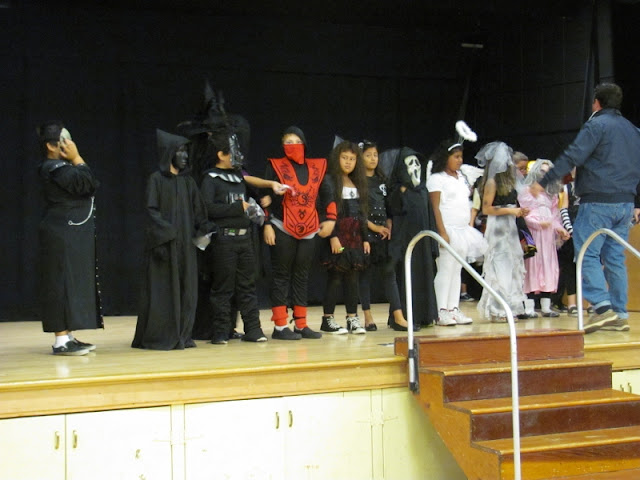 My Mom got my Sister In Law to come with her daughter and brought my other niece and nephew with them too. Here's our best attempt of a group shot. 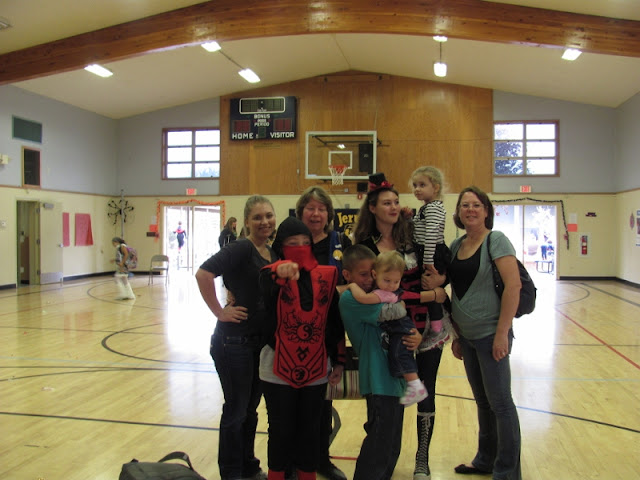 And look at our little miss Ava! She was a perfect angel the whole time. Someone has a birthday coming up next week! 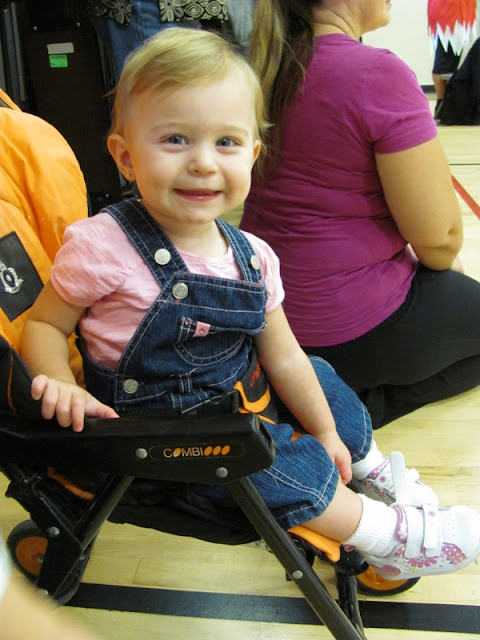 After the parade and school got out we went to Baskin Robbins like last year and all had some ice cream. I got a kid's scoop of peanut butter & chocolate, my favorite. I could have used about 4 more scoops ;) 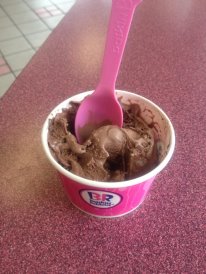 My niece screamed at me to not take her picture. (surprise) 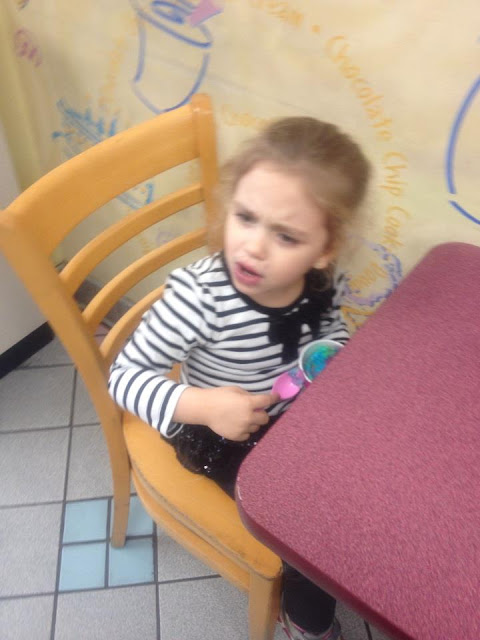 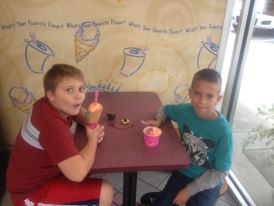 Ummm wonder how many calories THAT is? I kind of drooled over the waffle cone... 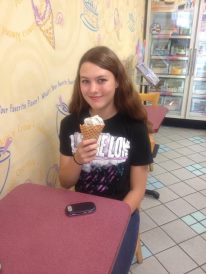 My littlest niece was super cute making faces after each bite. 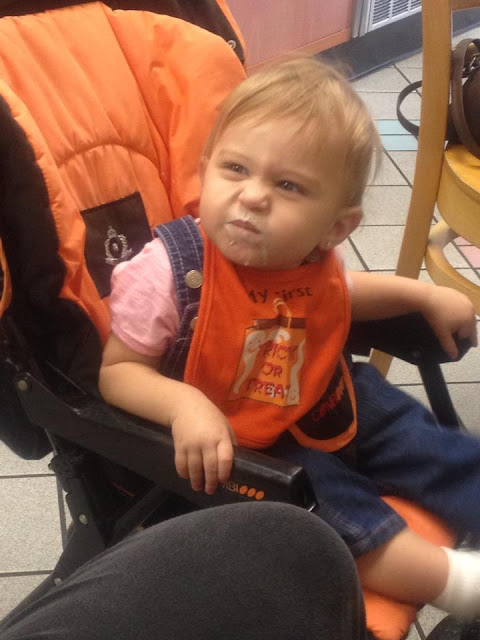 The kids carved their pumpkins Tuesday night. They almost did it all themselves, I just had to help Trevor with the guts. We went with "good enough" after about 5 minutes of me scraping. 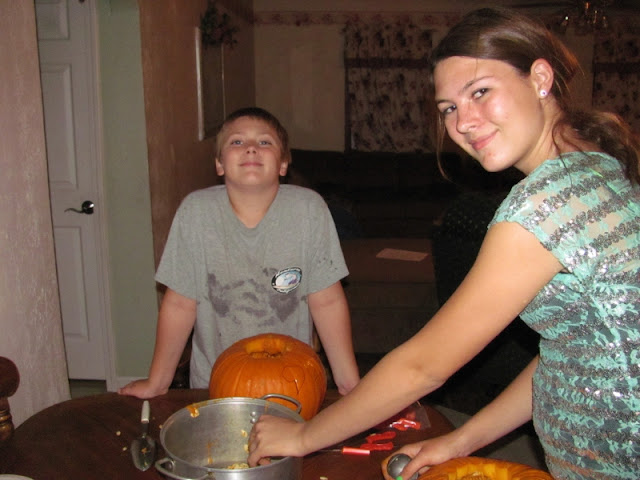 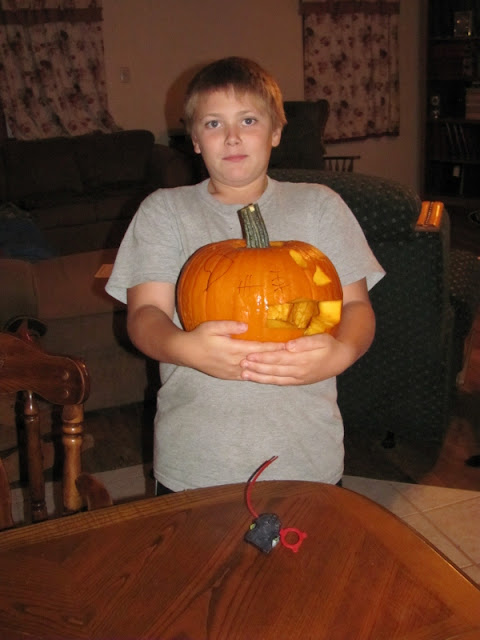 and Melissa with her Mustache. She cracks me up. 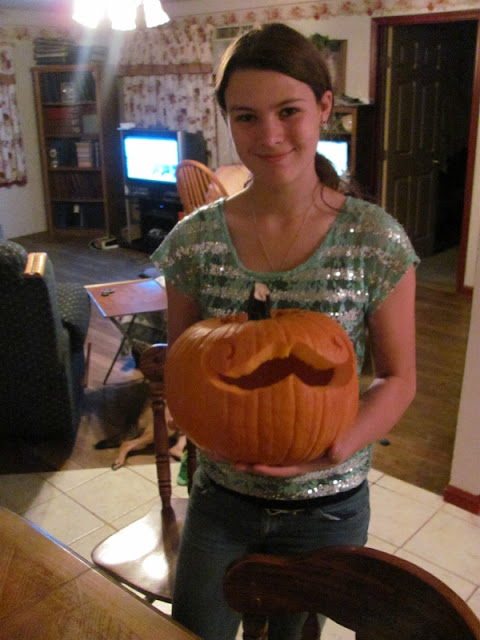 Here they are lit up Halloween night along with my bowl of candy and spider rings, tattoos and little rubber snakes I left out for neighbor kids while we went out walking around. We don't get very many trick or treaters. Melissa's friends ended up cleaning out the bowl when they came back. 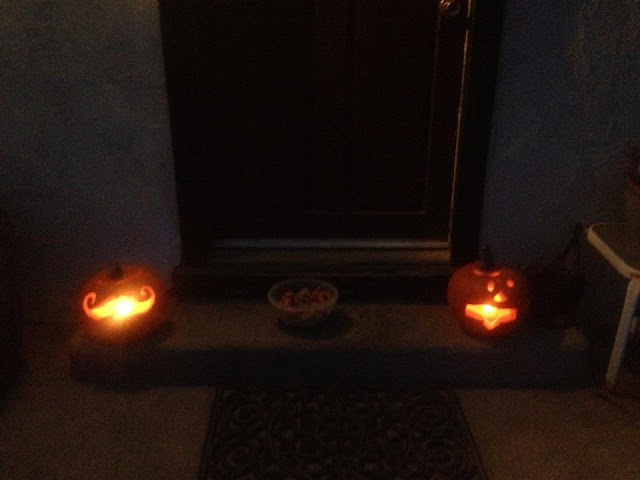 Trevor and I went to walk around the block and ended up going around with some neighbors. There were two other boys for him to play with so that worked out great! Hopefully he'll get some new playmates out of the deal too. One can never have too many friends.

He counted out his candy when we got home. He had about 287 pieces of candy or something insane like that. 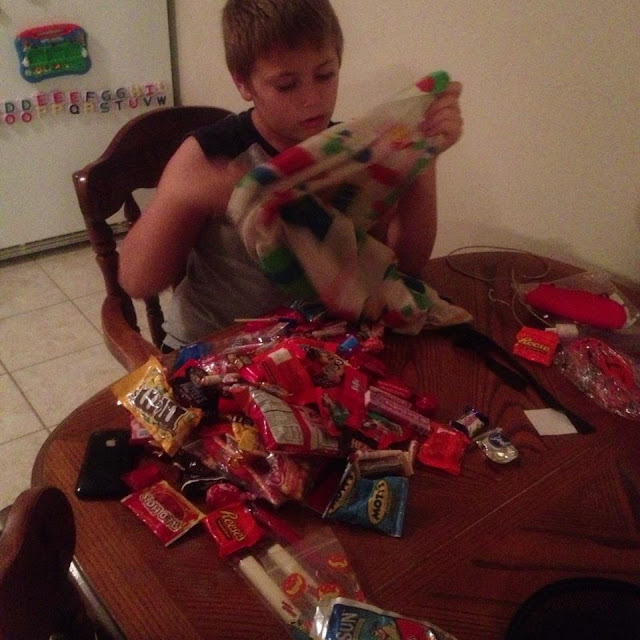 So far I've been good and only had one fun sized Almond Joy. But man, that chocolate is SO TEMPTING!!

Looks like the kids had a lot of fun! And you look fabulous! Bless your willpower - it's strong!